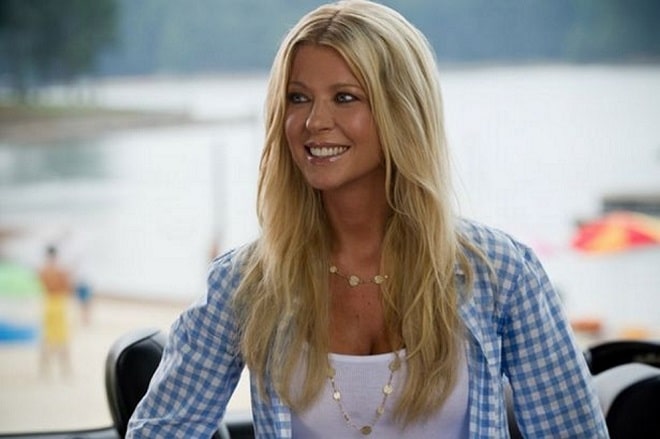 In today’s Tara Reid, it is difficult to recognize the charming blonde from the scandalous film “American Pie”. The actress desperately grabs onto her fading youth and tries to preserve it by all means: weight loss, ridiculous outfits, makeup, and, of course, with the help of aesthetic medicine. But photos of Tara before and after the plastic surgery show that the effort was in vain.

Tara Reid was born in Wyckoff, New Jersey, on November 8, 1975, to a multinational family. A mixture of bloodlines rewarded the girl with a unique appearance and intelligence. Excellent mental abilities helped Tara discover her acting talent and find herself on television.

After participating in a children’s TV quiz, the organizers recommended that parents teach the girl acting skills. So she ended up at a Children’s Acting school in New York, where she began receiving invitations to shoot commercials. 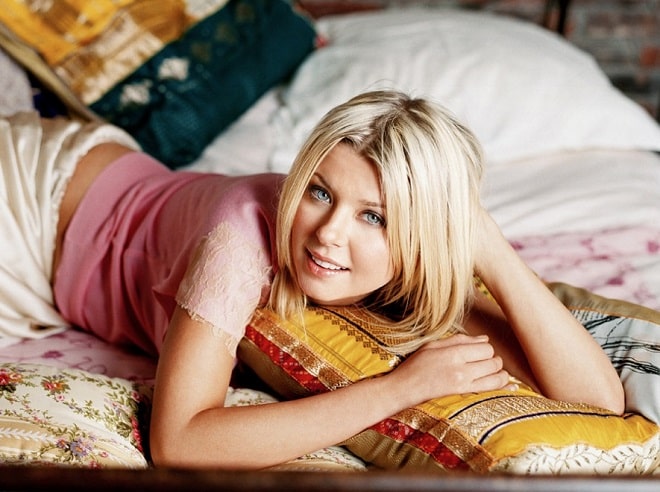 The first big movie did not bring Tara fame, but after the role of the wife of the Big Lebowski, she became famous. The cute blonde was recognized on the street, photographed, and asked for an autograph. In the rising star, directors Paul and Chris Weitz saw the heroine of “American Pie”.

A cute blonde with blue eyes conquered the male audience. After the scandalous adult comedy, Tara Reid woke up as a sex symbol. 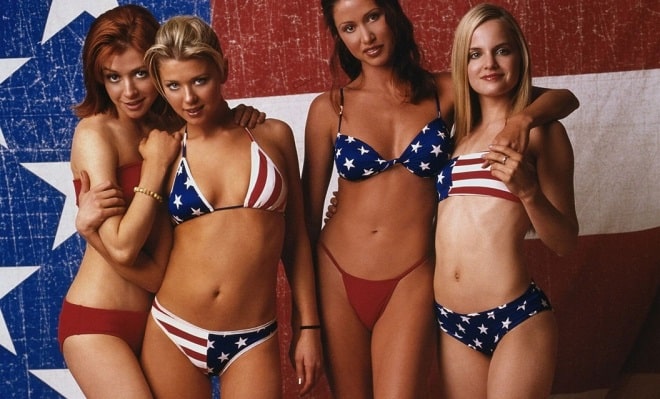 Other romantic films and horror films soon followed, but they did not fully reveal Tara’s potential as an actress.

By the end of the 2010s, the star of Tara Reid had faded, and in the gossip columns, she flashed only as a victim of plastic surgery.

Perhaps the excessive attention to the figure and appearance of Tara Reid gave rise to terrible complexes. Constant photography for glossy magazines, the attention of men, frank flirting played a cruel joke with a girl, she became a hostage to her own appearance.

The actress was dissatisfied with the small size of the chest and slight asymmetry. Insofar the acting profession requires a flawless body. Tara Reid decided to fix the situation and did breast augmentation. 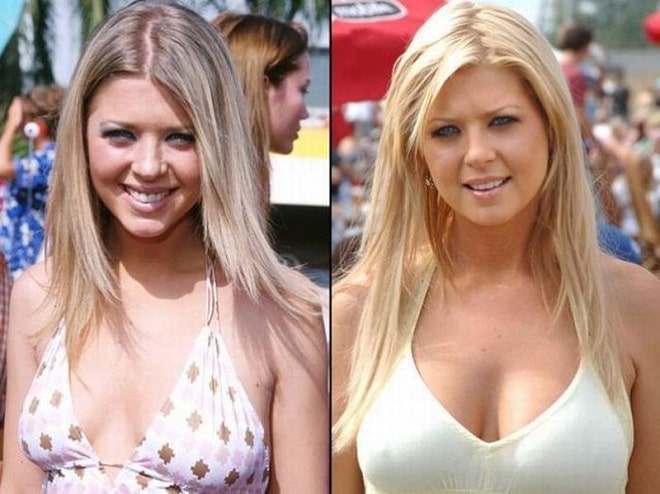 “The first time I did the boob job was because of the asymmetry. I was a size 34B, but one breast was always bigger than the other.”

Unfortunately, the plastic surgeon did not have enough professionalism to remove the asymmetry.

As a result, after repeated plastic surgery, Tara Reid received big boobs with irregularities, on which there were sloppy scars and the contours of the implants appeared.

The actress is no longer shy about the imperfections of her bust and wears dresses with cleavage to social events and parties. 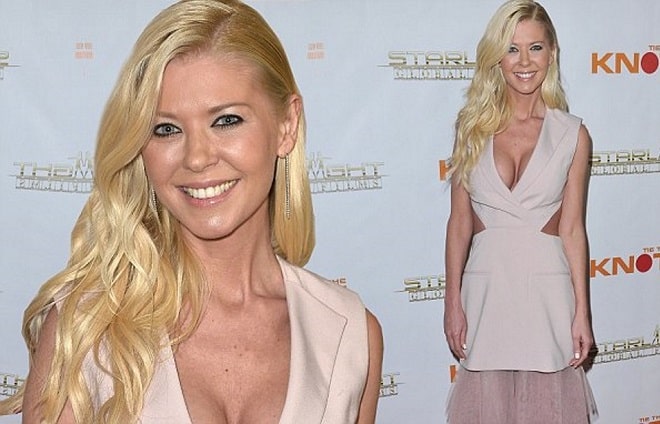 In films “American Pie” and “The King of Parties”, Tara showed off a slender tanned body, causing envy among the audience. The weight fluctuations affected the figure of the actress, and she chose a plastic surgery clinic instead of a gym.

The star dared liposuction on her stomach and thighs, but instead of a perfectly toned body, she got terrible folds and loose skin.

Photos of Tara Reid after botched plastic surgery flew all over the magazines. An actress, relaxing on the beach, shocked fans with her flabby body. 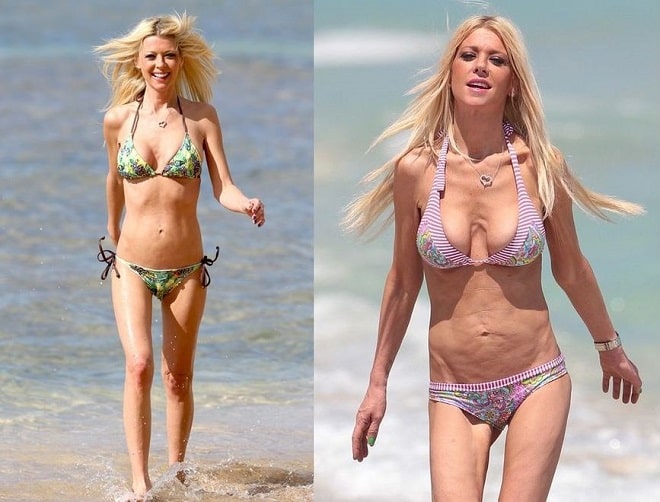 A beauty experiment to remove a layer of fat had a negative impact on the appearance, but Tara tried to cope with the consequences of liposuction with a tummy tuck.

Unsuccessful plastic surgery did not stop Tara Reid’s pursuit of beauty. No longer a young actress again unpleasantly impressed fans and subscribers of social networks with photos after losing weight.

The skinny body of Tara Reid in a swimsuit and a tiny carnival costume has sparked a wave of talk about anorexia. The former Hollywood star does not agree with these statements and says that he is completely satisfied with his appearance at the moment.

With minimal weight, cosmetic procedures and contouring allow Tara to keep her face young and avoid the appearance of flaps and wrinkles.

Unfortunately, botched plastic surgery and experiments on her own appearance removed Tara Reid from the pedestal of a popular actress and generated only unpleasant discussions in the press.