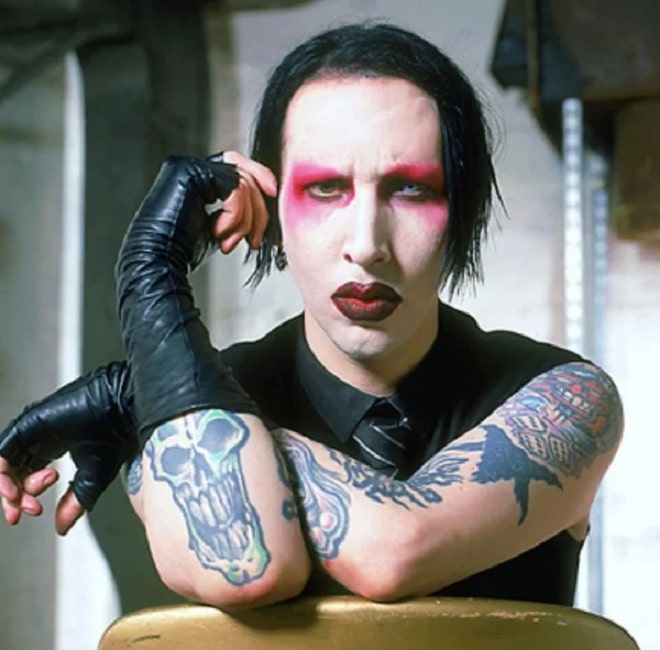 How did Marilyn Manson look in his youth and how does he look now without makeup?

You may not have listened to his songs, but you probably know what he looks like. But once it was an ordinary boy named Brian. 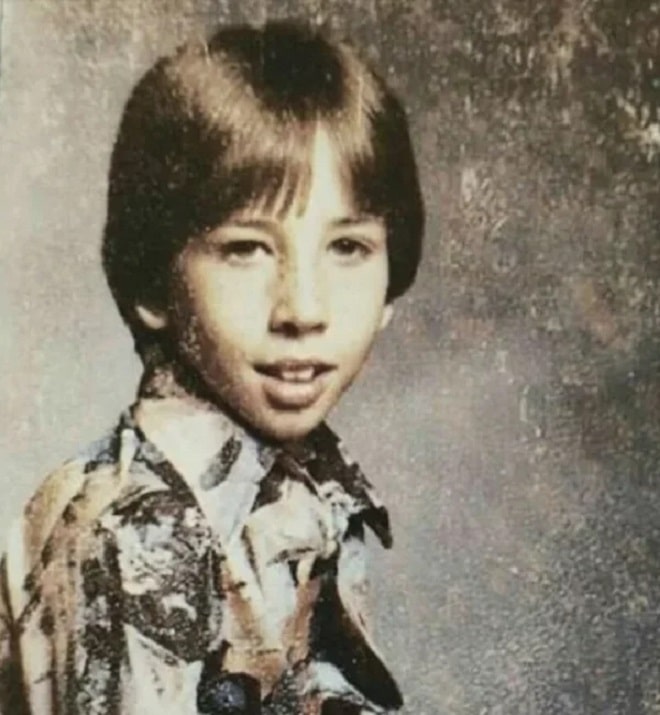 The family was not creative – a merchant and a nurse, but religious. Brian himself also went to a Christian school for boys, but, according to him, from what was happening in it, he later became an atheist. Brian attended the last two grades of school already in the state of Florida.

After school, Brian started working as a music journalist for a magazine. At the age of 20, he and a friend created a group and at the same time took a pseudonym based on the name of the famous actress Marilyn Monroe and the famous serial killer Charles Manson in the 60s, i.e. he combined all the most beautiful and most terrible things in America. The band was called “Marilyn Manson and The Spooky Kids”, and later shortened the name. 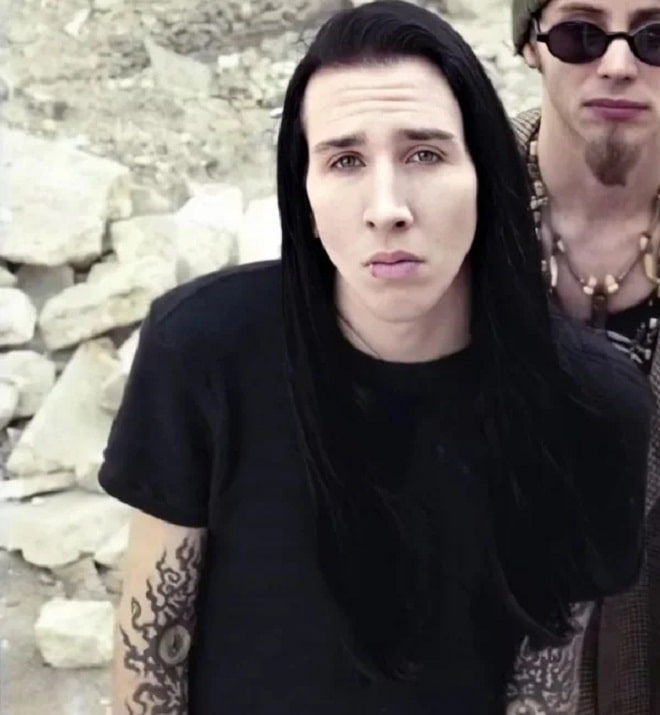 The first music album, released in 1994, became gold in terms of the number of copies sold. The band’s subsequent albums also quickly reached the top of the charts and became gold and platinum.

In addition to music, Marilyn starred in films. The first was the role of a superstar in the 1996 film “Anti-Christ Superstar”, then he starred with the famous David Lynch in “Lost Highway”, etc.

But in many films he is shot without the usual makeup, and his real name is indicated in the credits, so it is not always possible to recognize Manson. 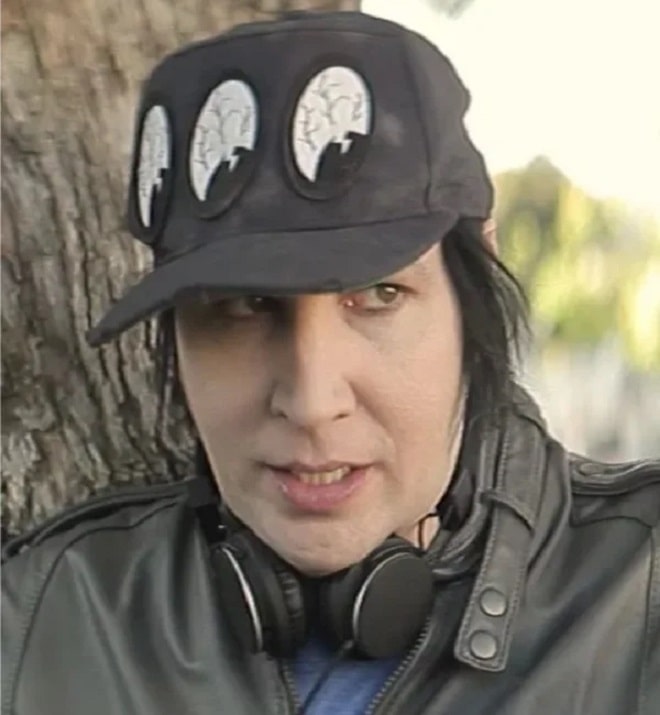 The singer and actor’s hobby is drawing. During his life, Manson painted more than 150 paintings in watercolor, which can be viewed at exhibitions not only in the USA, but also in Europe.

Manson has also published 3 books of his own, one of which is his own biography, The Long, Hard Way Out of Hell. As for the interesting facts about Manson, thanks to his Goth image, he was a muse for the designer Gaultier, and for some time he was the face of the Saint Laurent fashion house.

After reading numerous interviews with Manson, you realize that he always tries to match the image he invented and you should not believe every word.

“There is no truth about me, everyone chooses a lie to believe. I created an artificial world because I didn’t like the real one.”

So do not rush to call him a freak and abnormal, perhaps this is just an image – the “great and terrible” Manson. One thing is indisputable, Marilyn Manson has forever entered the history of music. 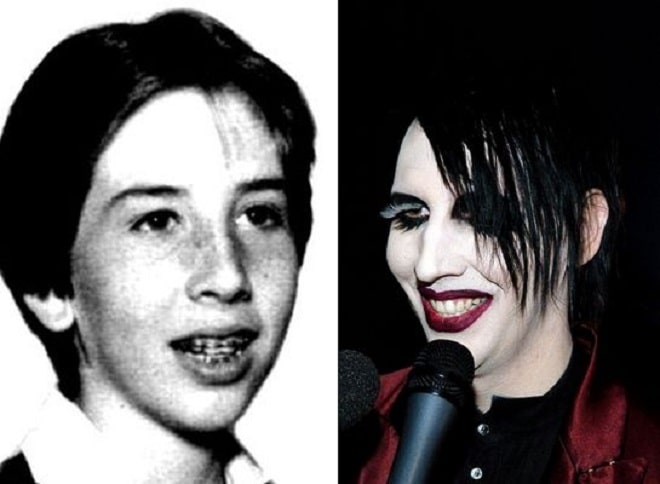 The singer began the creation of his famous image by wearing braces.

“As a child, I had goat teeth, braces and acne. I hated what I saw.” This is how the rocker described his impressions of his appearance. Anyway, orthodontic treatment helped him get rid of the “goat teeth” and get a very pleasant smile. Following the ugly teeth, the future rock star parted with his name and took the pseudonym Marilyn Manson.

Well, then the famous image of Marilyn Manson, to which we are all accustomed, appeared: black hair and clothes, a thick layer of bright makeup and numerous tattoos. In addition, (apparently remembering the times when he underwent bite correction with braces) Manson often puts grylls and steel linings on his teeth, which gives him a very intimidating look.

Some of his colleagues joke that Marilyn Manson does not even go into the shower without makeup, and the yellow press at one time stubbornly wrote that he removed two ribs for himself. “I’m still not very comfortable in my body, but that’s why I change and adapt the way I look,” this statement of the star seems to hint to us that we may well expect very interesting transformations of his image. However, despite all the experiments with appearance, the singer tries to take care of his smile.

He had many affairs with the most beautiful girls in America, but he married for the first time the model and dancer Dita von Teese. However, the official marriage lasted only a year. 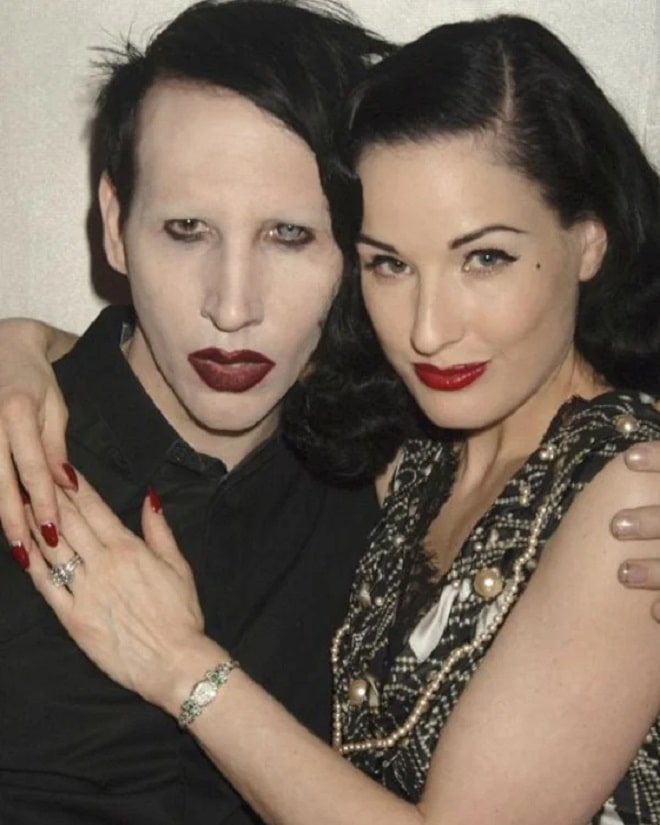 In February 2020, Manson remarried photographer Lindsay Yusich. Although after the divorce from Dita, he assured that he would not marry again.