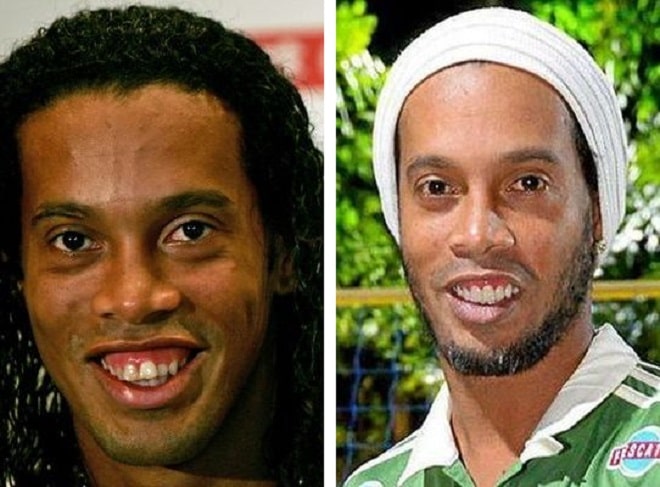 A new smile transformed the appearance of the famous football player.

One of the most brilliant footballers began his career in the Brazilian club “Gremio”, where he quickly became one of the main stars. Already at the age of 23, Ronaldinho moved to Barcelona, where his talent played with all the colors. He could do absolutely anything on the field: thanks to the unique technique of working with the ball and the ability to create a scoring moment literally from scratch, Ronaldinho became an icon for football fans around the world. In addition to his outstanding football talent, Ronaldinho had another distinctive feature — his teeth. Here the situation was much worse: some considered the Brazilian’s smile so repulsive that they called him one of the ugliest football players. It was very sad to hear this, given the fact that Ronaldinho has a very pleasant and open face.

For a long time, it seemed that Ronaldinho was not at all embarrassed by attacks on his teeth: at any moment he could turn to the most expensive dentist but did not do it. He was much more concerned about his football career, which, after several great seasons, began to decline. As a result, the magician of the ball returned to his homeland in Brazil, where he again began to play for local teams. Interestingly, around the same time, the athlete gradually began to put his teeth in order and eliminate the most serious defects. This was accomplished very successfully: by 2016, Ronaldinho had acquired a smile that does not deprive him of his individuality and at the same time looks very attractive.