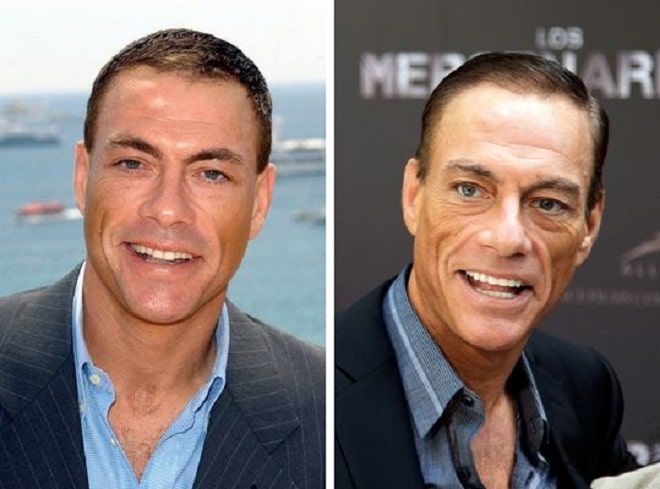 The legendary actor’s smile began to look much more attractive after he turned to the dentist.

At home, Jean-Claude Van Damme became famous for his sporting achievements, already at the age of 16 becoming the European karate champion as part of the Belgian national team. He quickly realized that the action movie genre was becoming increasingly popular in the United States, so he made the fateful decision to go conquer Hollywood. The producers noticed the young Belgian not only because of his fighting skills: many liked his appearance and charming, almost childish smile, which he did not hesitate to demonstrate at any appropriate moment.

Like many movie stars of those times, Jean-Claude Van Damme, once at the height of fame, began to freak out and get into various stories. Alcohol, drugs, brawls in hotels and restaurants — all this has greatly tarnished the reputation of the famous Belgian. Injuries on the set and an incorrect lifestyle also affected the condition of his teeth: there was no trace of the former attractive smile, and trips to the dentist in those years were unsuccessful. Having given up bad habits, the actor still managed to find a good dentist who returned his teeth to their former shape. With a new smile, Jean-Claude Van Damme began to look much more attractive, and his career took off again.

Although his fame as a hero of dynamic action films of the 1990s has somewhat faded, the actor still thought one day about returning to the big cinema. That’s why he wanted to look younger. He underwent plastic surgery for a facelift and blepharoplasty. The result, unfortunately, is not too good, because his face is not as elastic as he expected.