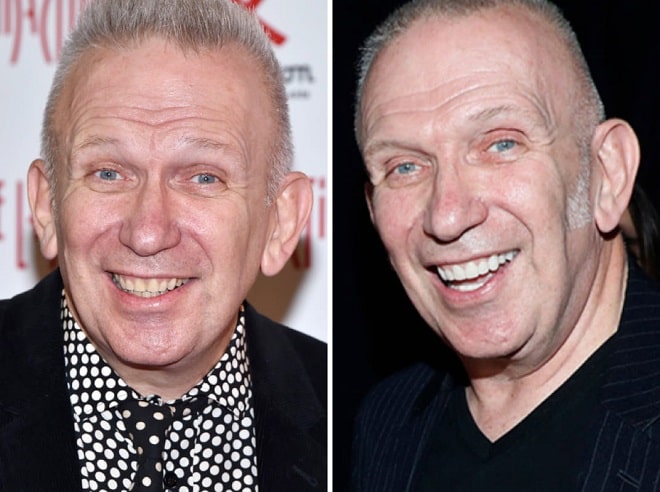 Jean-Paul Gaultier rarely changes the style of the clothes he wears himself. At almost all fashion shows, he appears in a classic suit or inconspicuous black things, only occasionally allowing himself variety. Perhaps the maestro believes that the designer should act as a “gray cardinal” at the show and not distract the public’s attention from his collection. And yet some change in the image of the designer happened ….

Bad teeth have been a peculiar feature of Jean-Paul for many years. In all the photos up to 2019, the designer invariably showed plaque on the tooth enamel, an uneven smile line and restorations that require replacement.

However, the fashion for beautiful teeth, which is gaining momentum every year, dictates its own laws. As a person who follows modern trends, Jean-Paul Gaultier tries to comply with them. The famous fashion designer decided to make changes. Apparently, complex prosthetics of teeth, replacement of old crowns and installation of veneers were carried out.