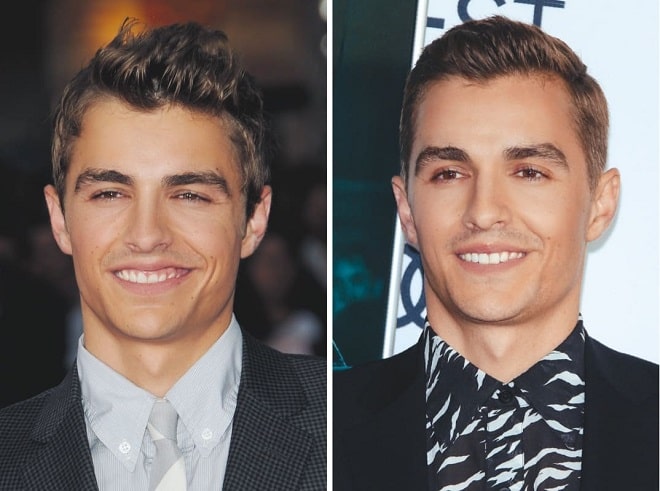 The star of the films “Now You See Me” and “Nerve” is the idol of millions of women. Among the obvious advantages of his appearance is a charming smile. What is it — successful genetics or the result of good dentist work?

In the early photos, Dave has beautiful white teeth. But there is also a noticeable flaw — a gingival smile, in which the gums on the upper jaw are exposed more than necessary. As a result, the teeth visually seem shorter, which somewhat spoils the first impression.

To get the main role in the movie, Dave, apparently, not only regularly visits the gym, but also does not forget to monitor the condition of his teeth. In recent pictures, it is noticeable that he sought help from a dentist, and now he has almost the “Hollywood standard”. At least, even with a big smile, he no longer shows his gums.