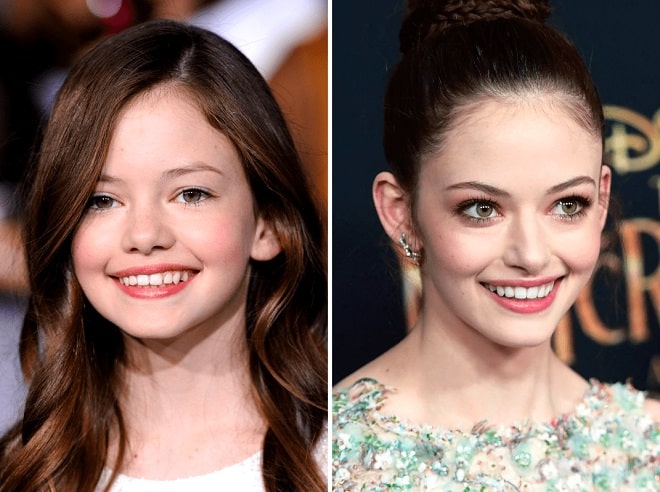 There is a stereotype that the charm of youth helps to hide any flaws in appearance. Young Hollywood star Mackenzie Foy, who woke up famous after the movie “The Twilight Saga”, does not think so: she preferred to fix even a minor flaw in her smile, without delaying this matter…

Mackenzie Foy made her film debut at the age of 10 in “The Twilight Saga”, on the set of which she completely replaced her baby teeth with permanent ones. Since the girl has been in the modeling business since childhood, her parents taught her to carefully take care of her teeth. But in the early photos, the effect of a gingival smile is noticeable.

In 2018, 18-year-old Mackenzie played the main role in the film “The Nutcracker and the Four Realms”. As befits a fairy-tale heroine, her teeth are perfectly even and white, which is certainly the result of a well-conducted professional whitening.