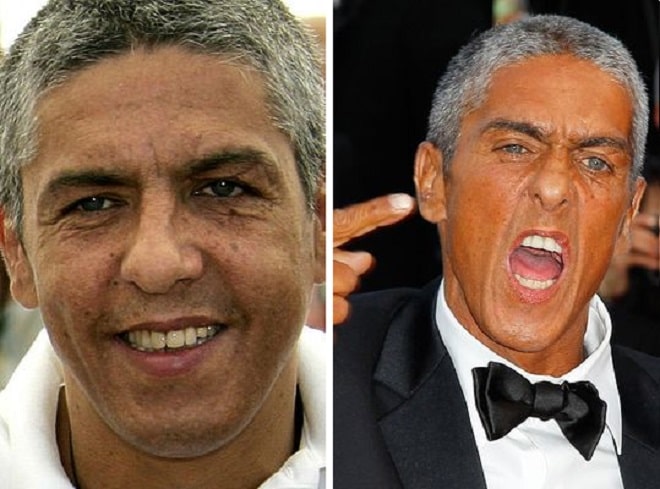 Sami Naseri has aged and inserted new teeth. The famous French actor has changed beyond recognition.

The future star of French cinema got a reputation as a bad guy in his youth and even served time in prison, but this did not prevent him from making an acting career and attracting the attention of leading directors. All thanks to his great charm: his bright appearance, mobile facial expressions and charming smile helped Sami Naseri get the main role in one of the legendary franchises of the 90s – “Taxi”.

Even after becoming a star, Sami Naseri kept his old habits. He regularly appeared before the court for a variety of crimes and offenses. The most unpleasant thing is that with age, the actor began to look much worse, and his wide, good-natured smile became like a grin. As a result, the actor still turned to the dentist, who improved the condition of his teeth.