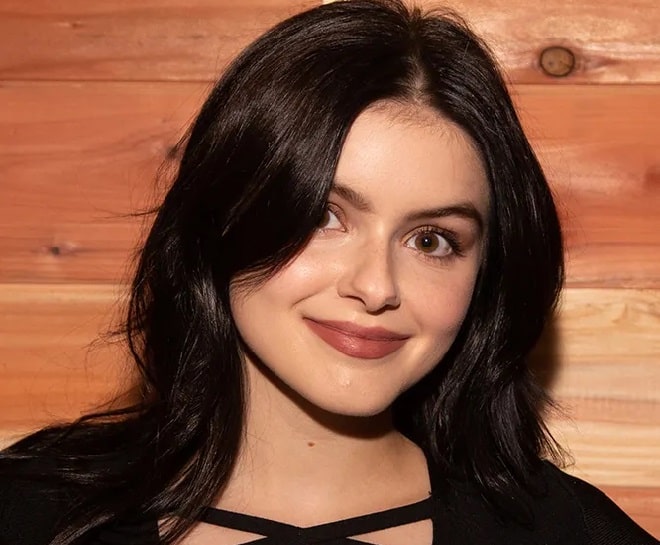 Ariel Winter is an American actress and a legislator of new beauty standards. The attention of journalists has been focused on the girl since adolescence: at first, everyone was worried about big breasts, then the girl had plastic surgery to reduce her breasts. But the figure is not all that a Hollywood star can be proud of.

Ariel Winter was born on January 28, 1998, in Los Angeles, in a simple family. Ariel became the third child of Glenn and Crystal Workman: the older brother and sister of the actress – Jimmy and Chanel – are also known for their work in films.

From an early age, Ariel had someone to look up to after looking at her brother and sister, the girl firmly declared at the age of four that she intended to become an actress. Two years later, the girl began to pave her way to the cherished goal – she lit up in an advertisement for whipped cream.

In 2005. When little Winter turned seven, she got her first role in the series. She was an episodic character in the sitcom “Listen Up”. So, the aspiring actress drew attention to herself, and this role was followed by several other small works in the films.

So, Ariel grew up on the screen both as a girl and as an actress. Gradually, she grew up to more serious film roles.

The fame around the world to the actress was brought by her work in the series “Modern Family”, which began in 2009. In 2010, for the role, Winter received the Young Actor Award.

In addition to working in the cinema, the star is also engaged in voicing cartoons.

The most important feature of Ariel Winter’s figure was her breasts. Since a certain time, she has become the most outstanding (in every sense of the word) part of the young actress. 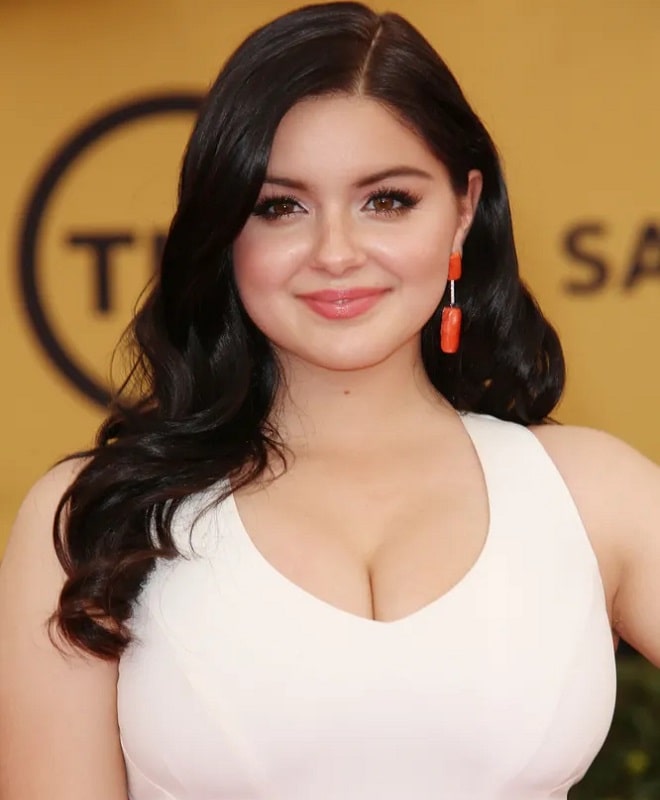 In her numerous interviews, Ariel admitted that in early childhood, looking at her sister, she could not wait for the hour when she would finally have a feminine figure. But then the breasts began to grow, and it seemed to the girl that this process would never stop.

The press began vying to criticize the young actress for her too adult style of dress. All the news and talk about Ariel Winter at some point began to concern only the size of her breasts and the appearance of the young star. Meanwhile, in addition to indignation at the fact that no one pays attention to Ariel’s acting achievements now, the girl was feeling very unwell.

“Being short and with big tits is not only not aesthetically pleasing, but also dangerous. I was a 15-year-old girl with big breasts. How could I move around with her at all?” said Ariel Winter 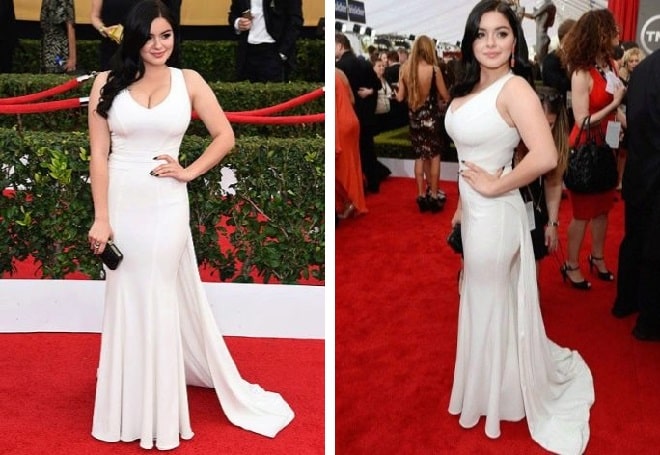 Ariel experienced constant pain in her back and neck. Therefore, at the age of 17, the actress decided to have breast reduction surgery.

According to Ariel herself, the operation ended more than successfully. Having relieved herself of such a burden, the actress quickly got into amazing shape.

“A week after the operation, I was buying clothes and cried, putting them on, I was very happy… Now everything is as it should be,” said Winter.

Actress Ariel Winter, who reduced her breasts, is proud of her scars. 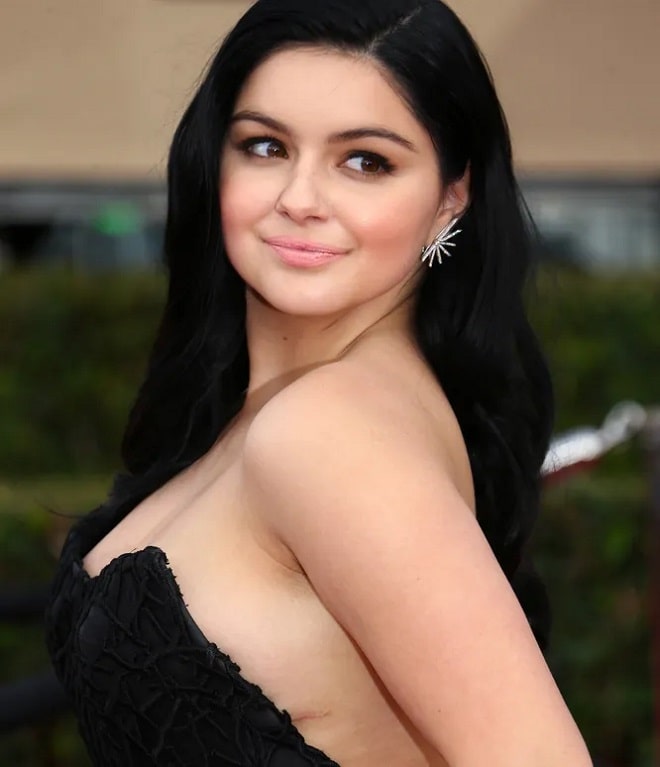 On January 30, the Screen Actors Guild of the USA (SAG Awards) was held in Los Angeles. On the red carpet, one of the young celebrities deserved special attention: 18-year-old Ariel Winter appeared at the ceremony in a black floor-length dress. Everything would be fine, only this outfit emphasized not only the appetizing forms of beauty but also the scars on the chest that remained after the operation to reduce the boob.

The star, who reduced her breasts for comfort reasons, deliberately chose a dress that opens her breasts. Thus, the celebrity stressed that she is not shy about her scars, but, on the contrary, is proud of them as part of her destiny and her experience.

“It’s pointless to hide my scars. It’s a part of me, and I’m not shy about it,” Ariel said.

According to Ariel, the operation justified her hopes and allowed her to feel more confident. Big breasts, although they attracted the eyes and attention of photographers, gave the young actress a lot of inconveniences.”

The star has never been shy about showing her body. However, haters criticized the actress for being overweight. After, Ariel has lost a lot of weight and answered the questions of subscribers on Instagram Stories. 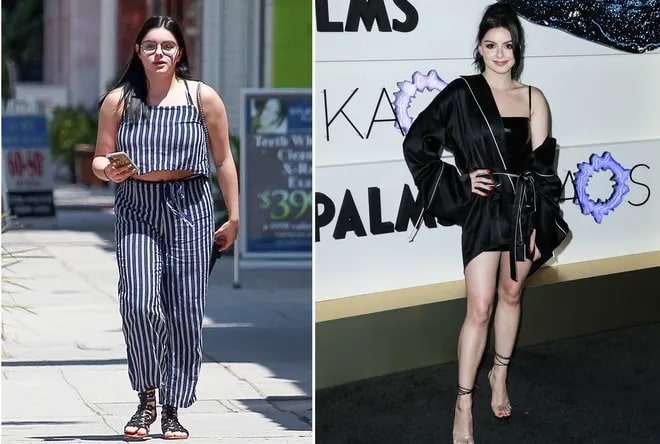 It turned out that the girl lost weight rapidly because she adjusted the intake of psychotropic drugs. Ariel has been taking medication for six years due to mental health problems. She unsuccessfully tried to lose weight with the help of diets and workouts.

“I have been taking antidepressants for many years and have gained a lot of weight. The weight didn’t go away, no matter what I did. It upset me a lot. I tried to get in shape, but my efforts were in vain. At some point, I accepted myself for who I am. I couldn’t stop taking the medications,” the actress explained.

After, Ariel changed medications. “My metabolism returned, and I immediately began to lose weight. Now I’m training even harder and I want to gain muscle mass,” Winter shared.