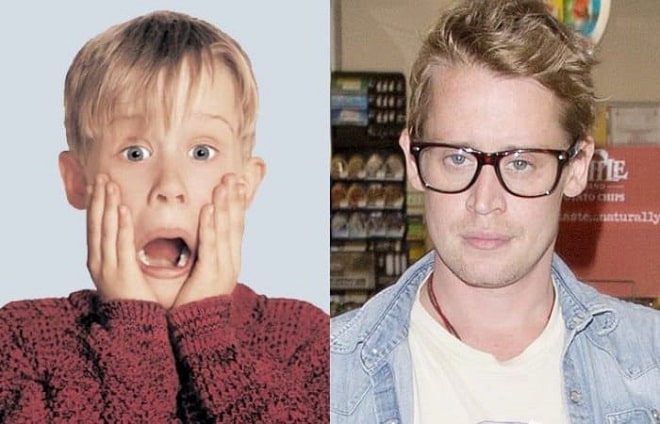 In the early 1990s, when one of the most popular Christmas films “Home Alone” was released, 10-year-old Macaulay Culkin fell into world fame. Then he was called the most beloved child on the planet, who charmed all countries and continents. However, ahead of the young actor, there was a fall, which was even more rapid than the rise. Once he found himself at the bottom, he tried to commit suicide, but after that, he was able to start from scratch…

The flip side of Macaulay Culkin’s fame: Why the star of the movie “Home Alone” tried to commit suicide 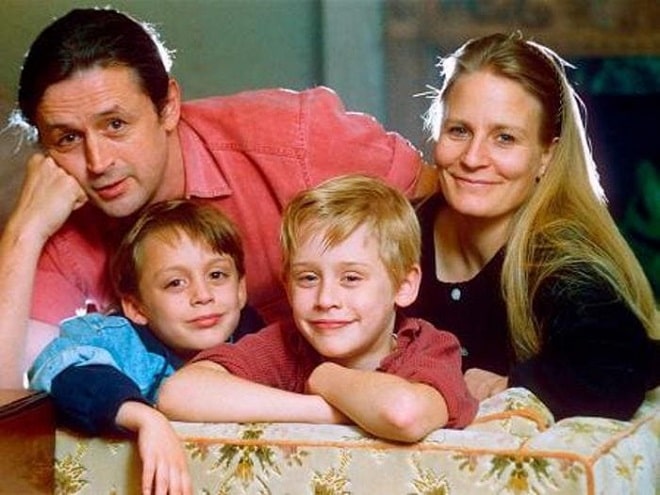 He had no chance to choose another path from birth. His father, Christopher Cornelius Culkin, performed on Broadway in his youth, but his acting career did not work out. He directed his unfulfilled ambitions to the children, of whom he had seven. The third child Macaulay Carson Culkin was named after British politician Thomas Macaulay and American General Christopher Carson. Since childhood, great hopes have been pinned on him, and the boy has fully justified them. 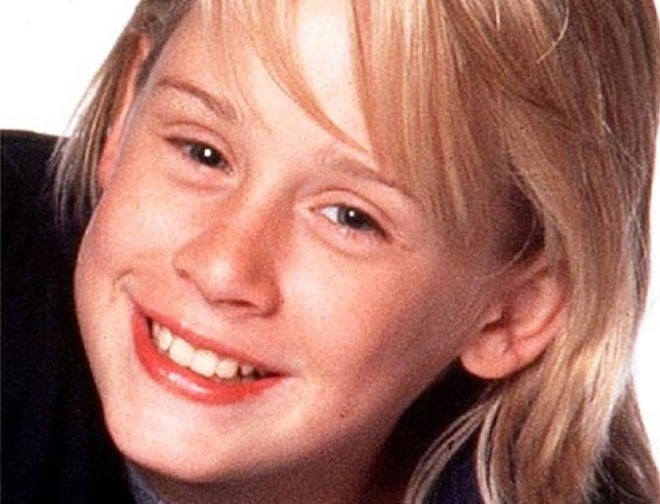 From the age of 4, Macaulay Culkin studied choreography and acting in a theater studio, at the same age he made his debut on the stage of the theater. Later, he said that at that time the stage seemed so huge to him that he was afraid to remain unnoticed on it, so he uttered his lines louder than anyone to attract attention. The charming little actor fell in love with the audience, and he was presented with flowers and soft toys. 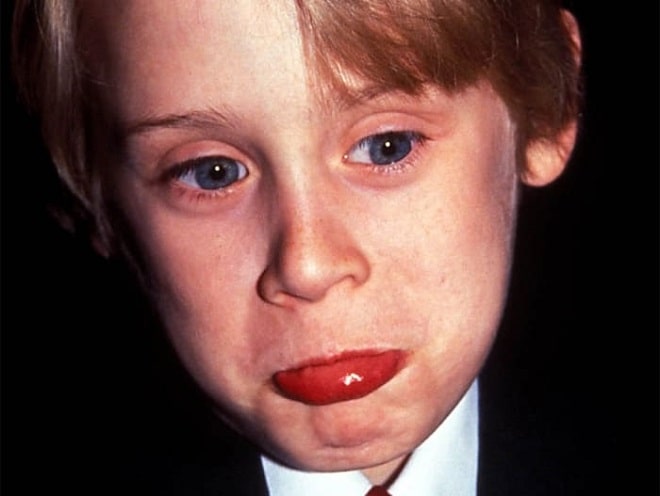 At the age of 5, Macaulay began acting in films and at 6 – in commercials. At the age of 9, he starred with John Hughes in the film “Uncle Buck”, and when work on the project “Home Alone” began a year later, Hughes, who acted there as a screenwriter and producer, advised director Chris Columbus to take Culkin to the main role. Several hundred children participated in the casting, but Macaulay managed to beat all the competitors. 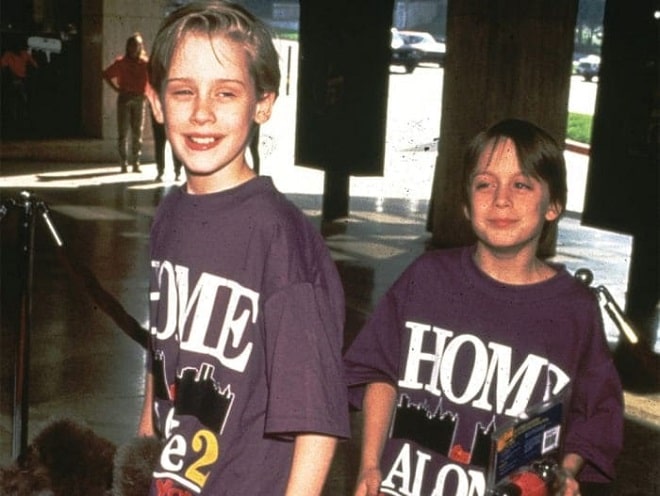 The director doubted his choice for only one reason: the boy’s father turned out to be too assertive and insisted that his other children should be included in this film. As a result, Macaulay’s younger brother Kieran Culkin, who had been on the stage since the age of 2, played the brother of the main character in the film “Home Alone”. 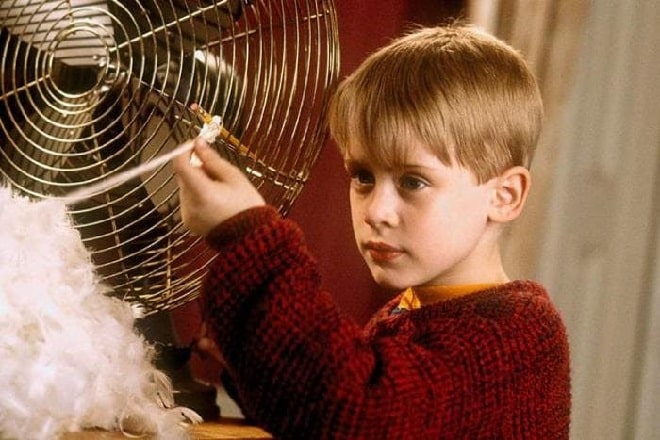 The film was released at the end of 1990 and was a huge success all over the world. With a budget of 18 million, box office receipts amounted to almost 500 million, film “Home Alone” was among the top three in the ranking of the highest-grossing projects. People with whole families went to the cinemas several times to once again laugh heartily at the adventures of the charming and direct young hero.

Macaulay Culkin won several awards as the best comedian, was awarded the title of “Child of the Year” and got into the Guinness Book of Records as the highest-paid young actor in Hollywood. He was showered with offers for new roles, and the decision on his participation in the filming was made by his father, who demanded incredible fees for his son’s age. 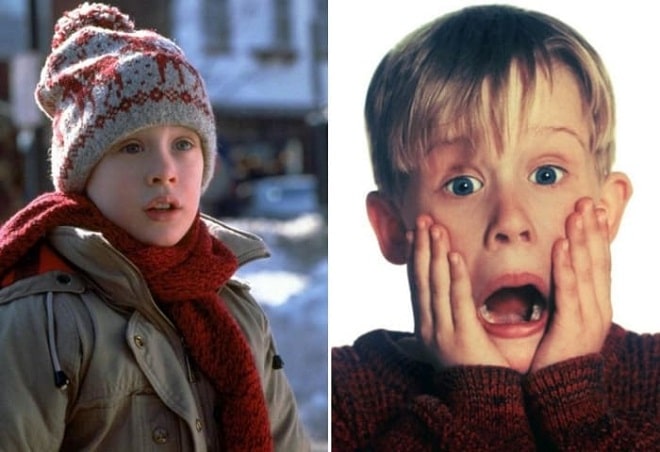 The second part of the project “Home Alone 2: Lost in New York”, which was released in 1992, was also a great success. In the theater, tickets for performances with the participation of Macaulay Culkin sharply increased in price, they were scattered for several months ahead. 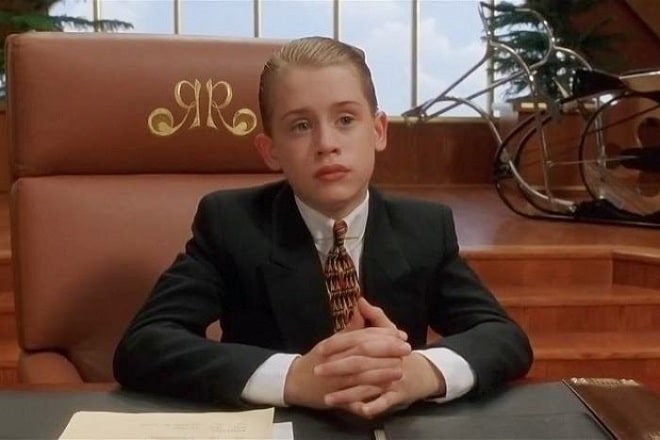 Christopher Culkin turned from the boy’s dad into his manager. The family business has gone up the hill. The father negotiated with the producers and handled all the financial affairs of his son, paying much more attention to the size of the fees than the level of scripts. 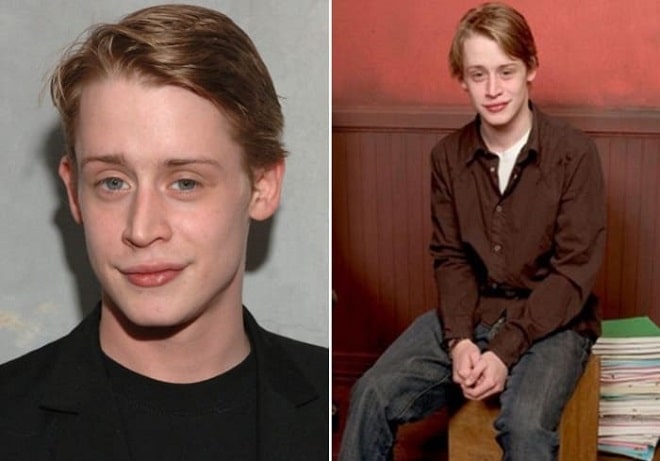 The higher the fees of a young actor who received $ 8 million per role in the mid-1990s, the worse his film career progressed. He was nominated several times for the Golden Raspberry anti-award, which was awarded for the most dubious achievements in art.

Meanwhile, the father was actively trying to turn his younger children into movie stars, putting forward one of the main conditions when signing contracts with Macaulay Kalkin, participation in the filming of his brother and sister. The press called it an attack of the Kalkin clan on Hollywood, and soon the producers simply did not want to contact them, deciding that the requests that were increasing every day did not justify the results obtained. 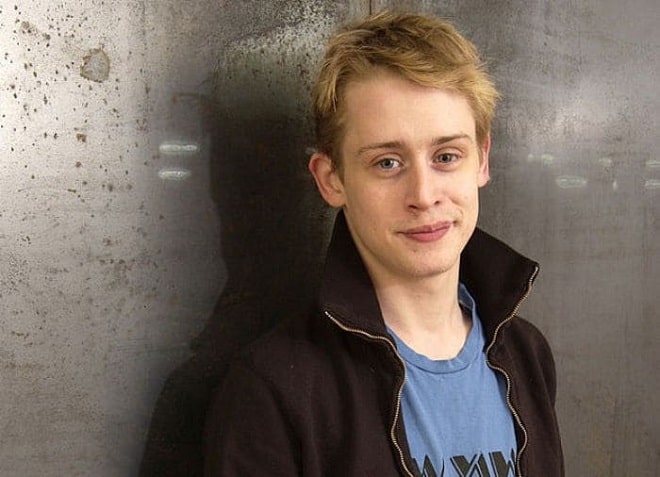 At the age of 10, Macaulay Culkin became a global star, and at 15 he experienced the decline of his fame. At the same time, his parents divorced. The mother said that her husband had broken the fate of the children, depriving them of a normal childhood, and insisted that the son never acted in a movie again, the father had the opposite opinion.

Macaulay later said of him: “My father was overbearing. Kept everything under control. He was always like that, even before my success. He wanted to make sure I knew my place… As a child, I didn’t have a chance to be a child. I retired at the age of 14.”

The litigation for the right of custody of the children stretched for several years.

In the second half of the 1990s, Macaulay Culkin stopped acting in films, and his name flashed in the press only in connection with another scandal. By the age of 20, yesterday’s idol had gained fame as a rowdy and drunkard, and soon they began to talk about his addiction to illegal drugs. 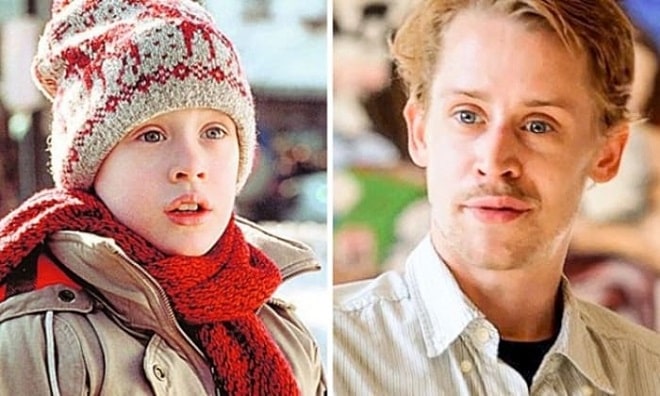 In the actor’s personal life, a streak of failures also began: at the age of 17, he decided to marry actress Rachel Miner, but 2 years later the marriage broke up – both were too young and not ready for family life. 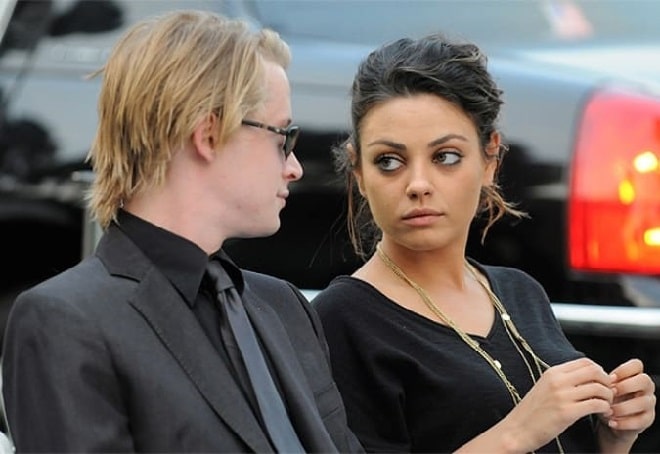 The relationship with actress Mila Kunis lasted for 8 years but broke up due to the addictions of Macaulay Culkin. 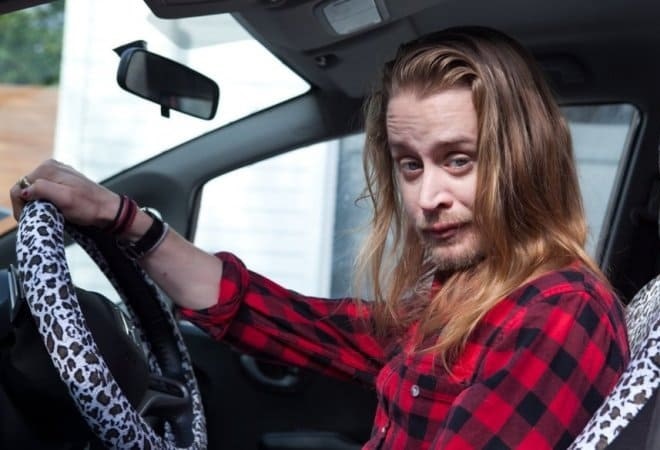 In 2008, as a result of an accident, the life of his sister Dakota was cut short – she was hit by a car. The actor fell into depression, which only intensified after parting with Mila Kunis in 2011. The following year Macaulay Culkin attempted suicide. Fortunately, there were people next to him who managed to call a doctor in time. 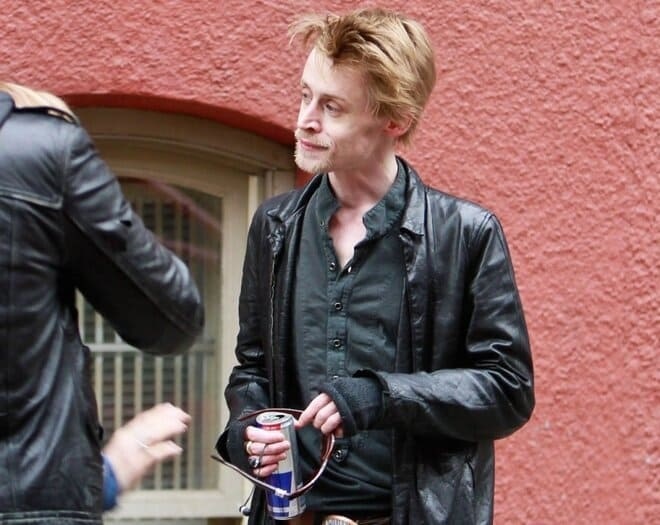 Rumors that Macaulay Culkin passed away have appeared in the press more than once – in recent years he has not acted in films, and when he appeared in public, he shocked others with his appearance. Everyone who communicated with him believed that he did not have long left. 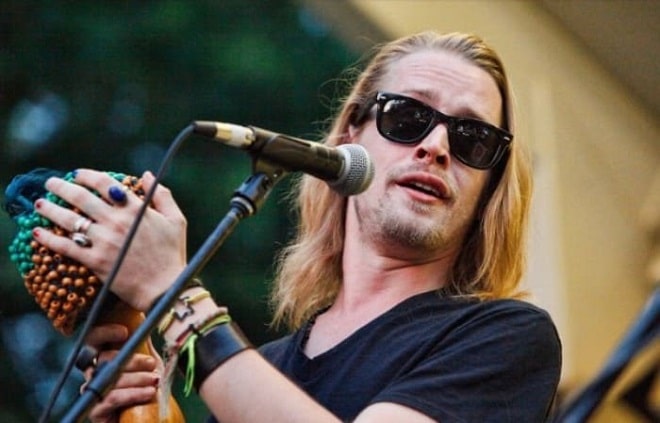 His creative endeavors were not successful: the musical group he created was booed on the first tour, forcing him to leave the stage after 15 minutes of performance. Attempts to return to the cinema were not successful. No one expected Macaulay Culkin to return, but then he surprised everyone again. 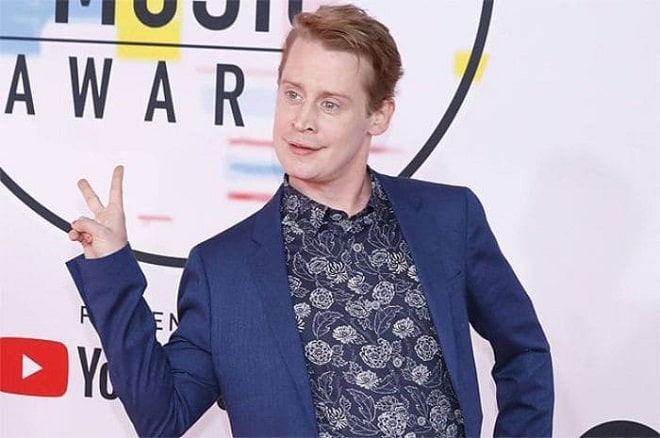 Having sunk to the bottom, the actor pulled himself together and was able to return to normal life. In 2017, he starred in several TV series, a year later he launched his own show. 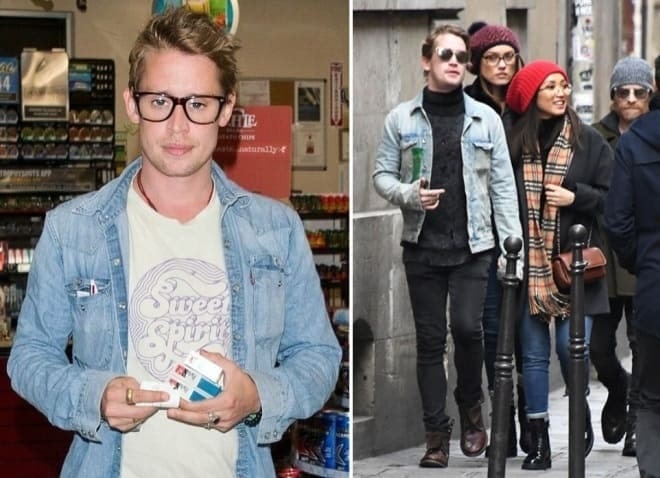 There have also been happy changes in his personal life – he has been dating actress Brenda Song and admits that he is thinking about children and family life. On April 5, 2021, the couple had a son. 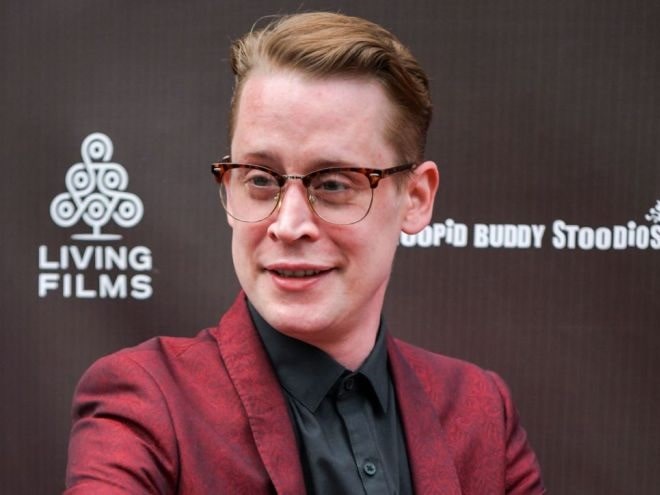 Positive changes have also taken place in his appearance – now no one will say that he looks unhealthy. He is again making plans for the future, giving interviews, and negotiating with producers. It remains to be hoped that Macaulay Culkin will never be on the edge of the abyss again!