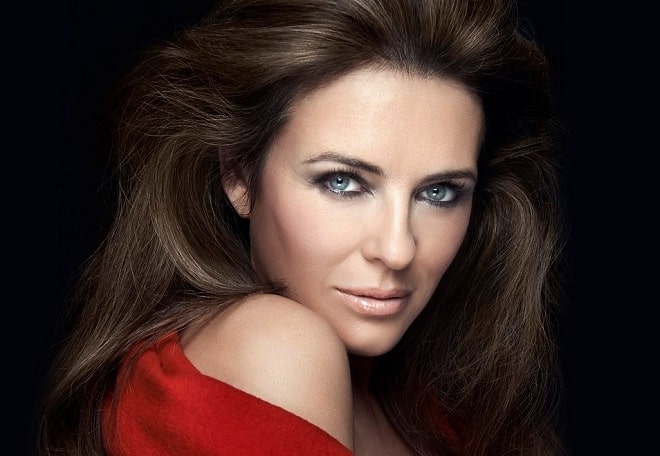 It seems that this British actress not only played the role of a charming devil in the film “Bedazzled” but also agreed with him about eternal youth. Elizabeth Hurley, like a good wine, only gets better over the years.

Elizabeth Hurley in her youth and now

As a child, the girl, at the insistence of her mother, studied at a ballet school, although she terribly disliked dancing. However, it was dancing that laid the foundation for her chic athletic, and flexible figure.

Elizabeth Hurley actively experimented with her appearance in her youth, she pierced her ear in twelve places and did a bright pink punk mohawk. 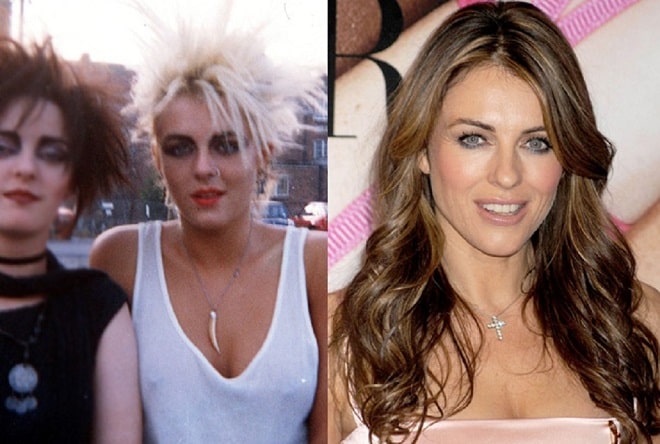 After graduating from college in the direction of theater and dance, Elizabeth came to the cinema. However, the pretty girl was invited only to the extras and to the supporting roles. 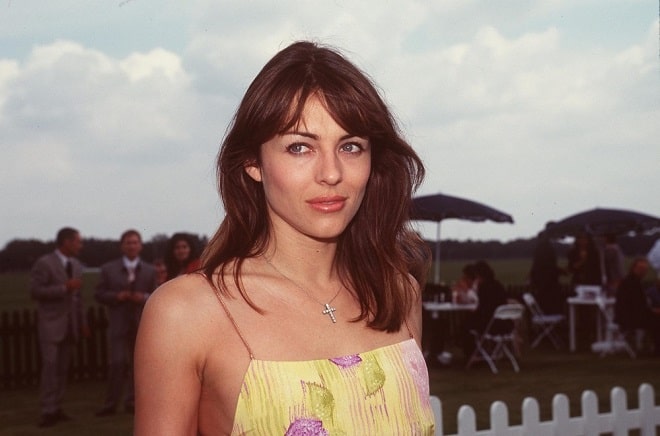 The future movie star changed her style, preferring a deep neckline and a tight mini to attract more attention and look brighter. 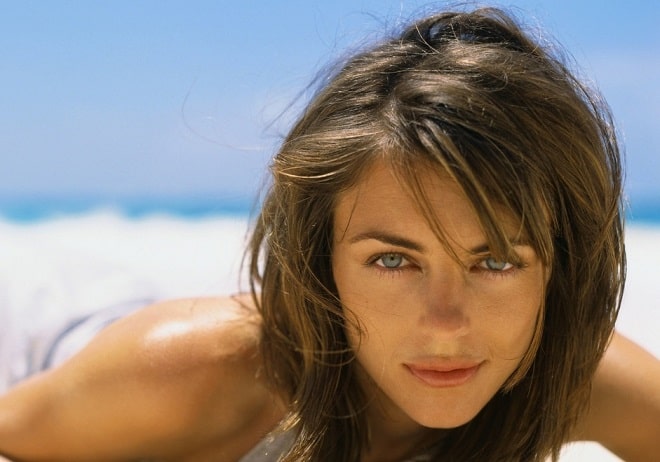 Soon Hurley had serious roles, a 13-year romance with Hugh Grant began, and an appearance at the premiere of the film “Four Weddings and a Funeral” in a very revealing dress brought a modeling contract with the famous cosmetics company Estee Lauder.

During a vacation in Greece in 2018, Elizabeth Hurley showed how she swims topless in the pool, and once again delighted fans with her perfect figure.

The actress does not pay attention to age and posts photos from the beaches.

Elizabeth explains a large number of photos in bikinis by developing a business for the production of swimwear, and not going crazy, and not trying to catch up in her youth, as some commentators believe.

Now the actress looks great and inspires millions of women with her example to keep herself in shape regardless of age.

In addition, a woman monitors her diet, tries to avoid flour, fatty foods, and sweets, and regularly exercises.

The actress played more than 50 roles in films and TV series and only got prettier from year to year. To numerous questions from journalists and fans about the secrets of beauty, Hurley replied that it’s all about good genetics, a healthy lifestyle, and the skill of photographers.

The celebrity has repeatedly denied surgical interventions, but experts in the field of aesthetic medicine believe that Elizabeth Hurley still did plastic surgery.

According to the laws of nature, boobs should have lost volume and dropped with age, after the actress gave birth but breast became taller and more magnificent.

Apparently, it was not without breast augmentation. The boob job was done using anatomical implants. 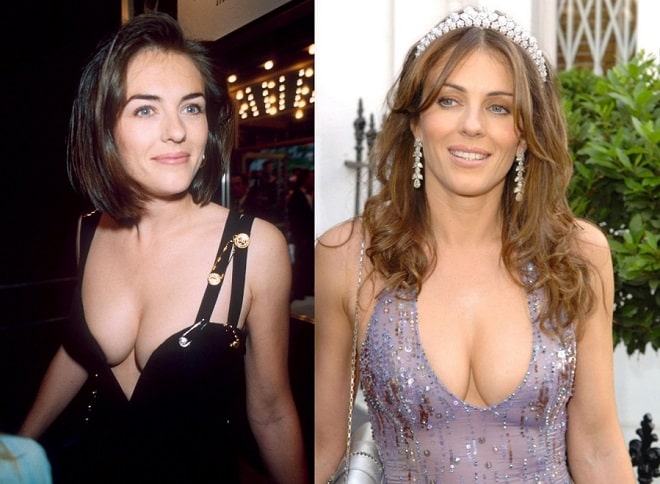 The characteristic fold that appears during a smile indicates the contouring of the lips with fillers.

Perfectly smooth skin in the forehead and between the eyebrows is most likely the result of Botox injections.

And a good skin tone is maintained with the help of professional cosmetic care and hardware procedures. 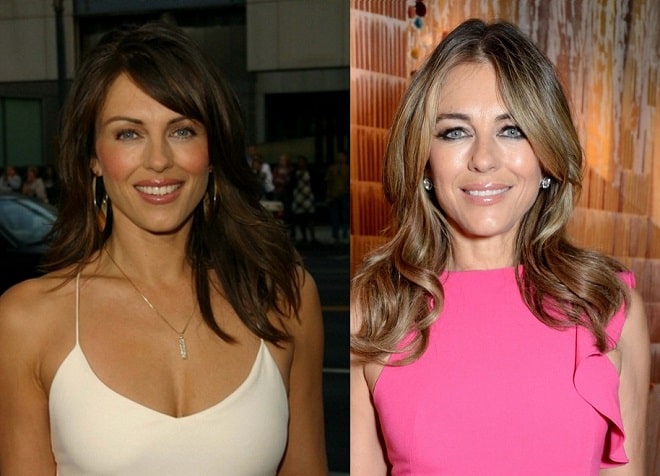 One thought on “Elizabeth Hurley, Before and After”