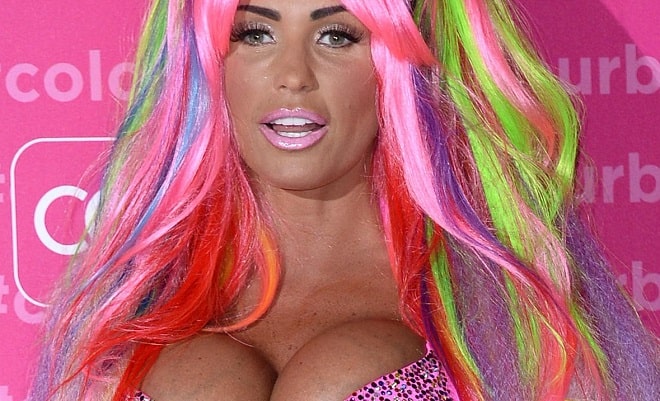 The Playboy star decided to perfect her appearance, although at a young age she was not devoid of beauty. She got carried away and spent over $ 45 million on it. However, in the case of Katie Price, more does not mean better. It is increasingly difficult for a woman to keep herself in shape after numerous plastic surgeries.

Katie had her first plastic surgery at the age of 18. The girl was planning to become a model and decided to do breast augmentation.

The plan worked and for a long time Katie Price with big tits showing off in the photoshoots of Playboy magazine. 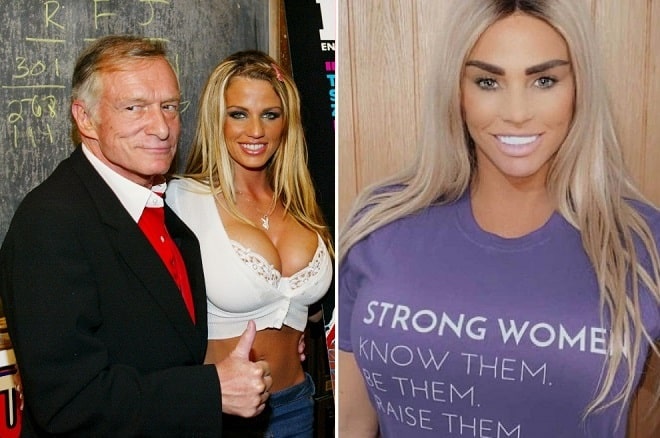 However, gradually the fascination with the transformations of appearance began to gain momentum. The model’s boobs were getting bigger, and on TV shows she was no longer called a model, but an expert in plastic surgery.

Katie’s personal life was not negatively affected by aesthetic medicine. The woman has been married several times and is a mother of many children. However, the public is concerned about her approach to parenting. The star often makes makeup for children and dresses them up in crazy outfits. 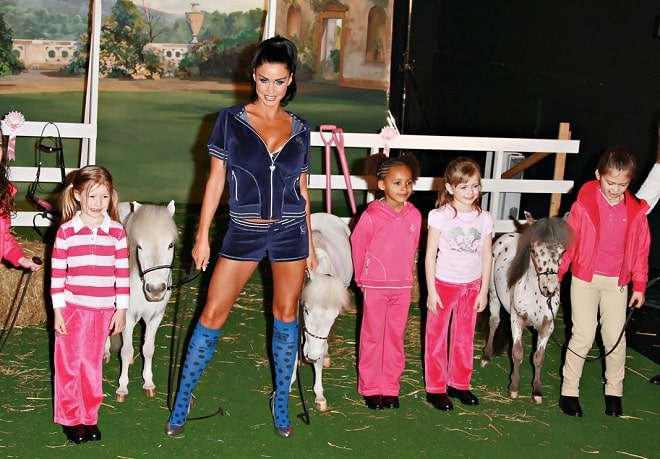 What plastic surgeries did Katie Price have?

In total, the woman had about 20 operations. And 12 of them were on the boob. At first, Katie breast augmentation several times, and then, in 2015, she decided, on the contrary, to change the implants to the smaller size. 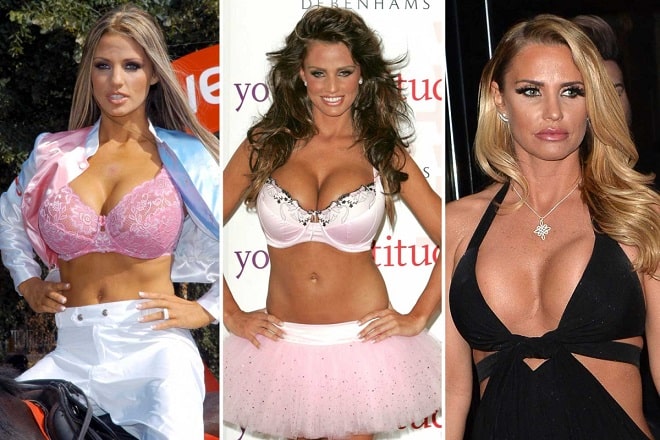 Less than a year later, a constant patient of plastic surgeons flew to Turkey for a new portion of beauty. There she underwent liposuction, buttock plastic surgery, and face lifting.

Such a complex of operations is a great stress for the body. It is not surprising that after that the woman did not look like herself and looked noticeably older than her real age. 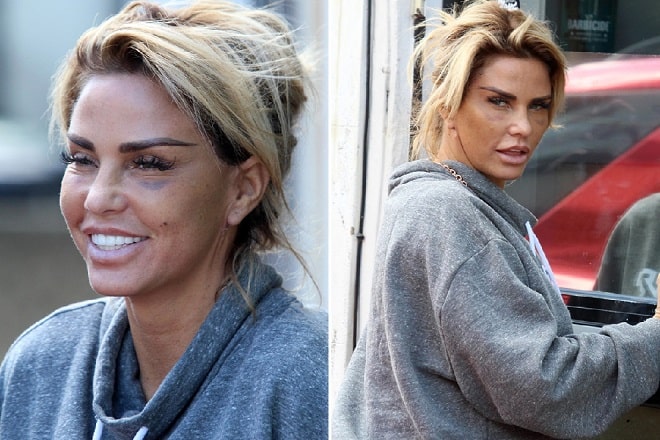 Katie Price is listed among the victims of plastic surgery. To maintain a decent appearance, the star spends huge sums on a cosmetologist, as well as on a hairdresser who masks traces of numerous surgical interventions with the help of a hairstyle.

After the last unsuccessful facelift, Katie said that this was the last time a plastic surgeon’s scalpel touched her face. A fierce fan of beauty transformations also admitted that she considers aesthetic medicine evil.

In addition, Katie believes that social networks and glossy magazines broadcast an unrealistic image of women and force them to conform to it. Soon, Katie Price plans to release a documentary on this topic with his confession. 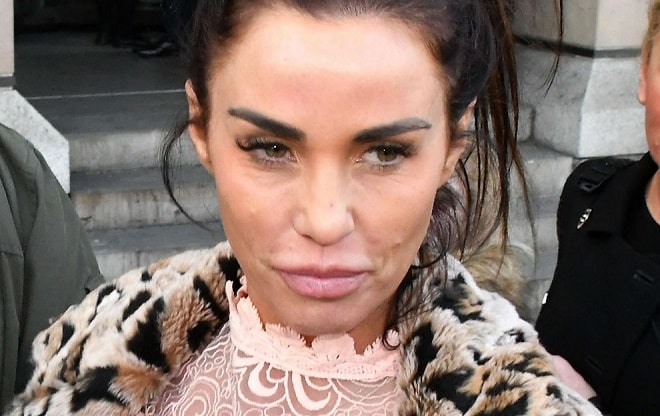 However, many do not believe such statements and believe that this is just an extravagant PR move on the part of Katie. Perhaps, in this way, she is simply trying to raise funds for new cosmetic operations.

Therefore, it is possible that very soon the star will show us a new breast or face.