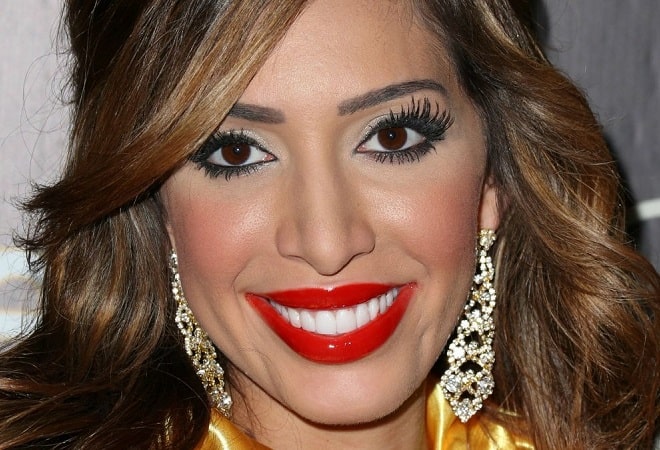 How it all started

Farrah Abraham became pregnant at the age of 16. When the girl was 7 months pregnant, the child’s father died. Hoping to find a reliable man to create a marriage, the girl registered on a dating site. There she met a wealthy man much older than herself, but this relationship turned out to be short-lived, and the young beauty came to TV.

Having gained popularity and free funds, Abraham engaged in “self-improvement”. She had a breast augmentation, a nose job and a chin correction. All these operations were successful, after which Farrah decided to go through an elementary surgical intervention – lip plastic surgery, which turned out to be fatal for her. The upper lip was incredibly swollen. 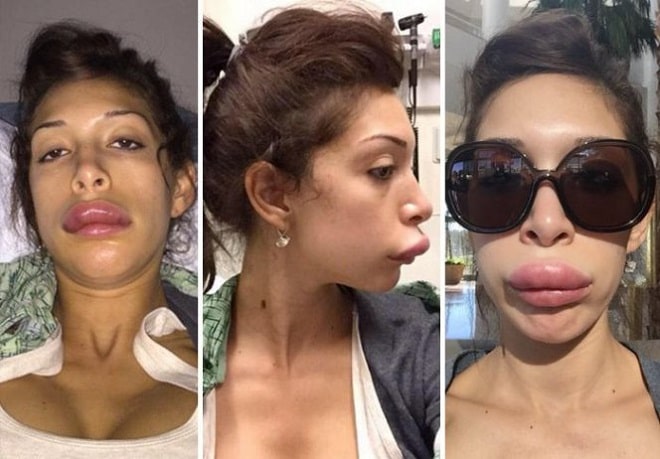 “Girls, don’t say you warned me,” the victim of plastic surgery asked her online followers, posting shocking selfies on Twitter.

According to Farrah Abraham, she wanted to correct the shape of the upper lip with an implant, not a filler.

“I chose the plastic surgeon very carefully. Probably, it’s an allergic reaction to anesthesia,” the ex-star of the MTV show suggested.

Farrah Abraham continued to improve her appearance with the help of the achievements of modern plastic surgery and cosmetology. Having changed the shape of the chest, nose, chin and lips, the reality star decided not to stop there and resorted to a new beauty procedure. Abraham did laser rejuvenation of the intimate area and even allowed to film the process itself on video, which was posted on the American portal Radar Online. 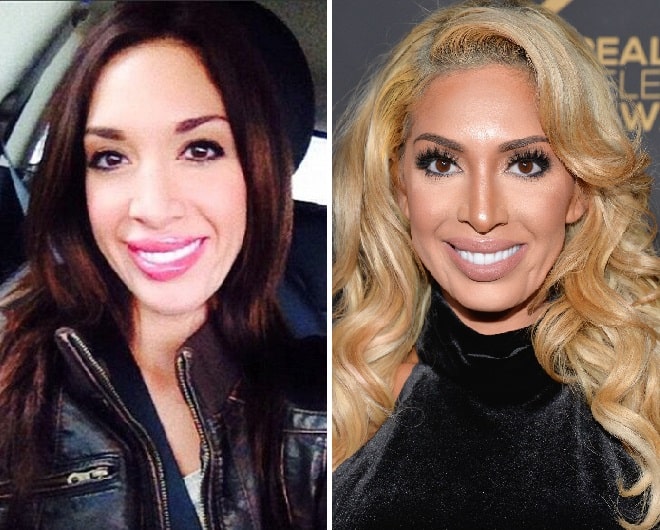 Then Farrah Abraham came up with a new way to revive her Instagram followers – she shared footage from the cosmetologist’s office, to which she came for another batch of Botox injections.

The scandalous star shared a picture before the procedure and each stage of botox administration was recorded by her on her phone.

In general, the reality star was already so used to botox injections and fillers and plastic surgery that while a cosmetologist was circling over her, not a single muscle twitched on her face. The brunette calmly photographed and filmed the process of her transformation on her phone, although perhaps her composure is not the result of frequent visits to the doctor, but a consequence of botox present under her skin, which no longer allows her to calmly express her emotions.