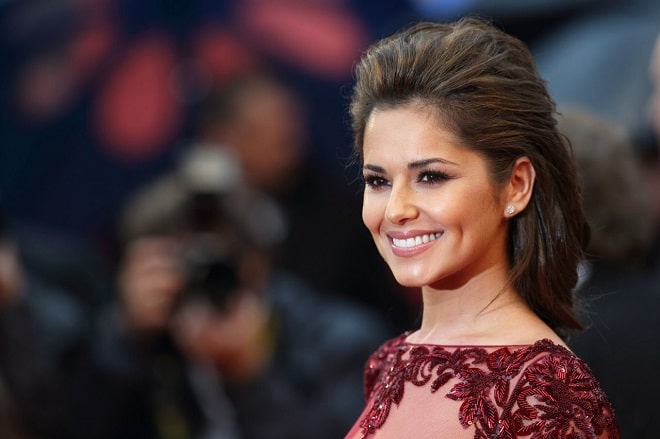 Cheryl Cole has repeatedly been recognized as the most stylish and attractive British celebrity. She is a frequent guest on red carpets. The girl always appears in luxurious dresses with an impeccable makeup and a beautiful hairstyle.

How she looked in her youth and how has her appearance changed now?

The Miraculous transformation of Cheryl Cole

Cheryl Cole’s smile helped her gain the status of one of the most beautiful and stylish women on the planet. 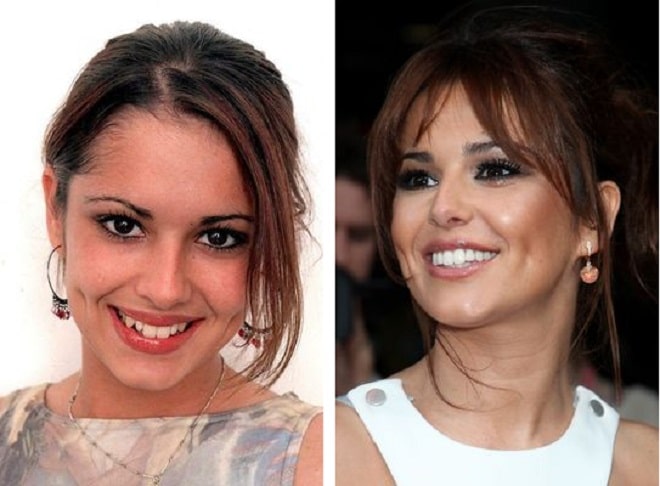 Singer and actress Cheryl Cole has been actively engaged in dancing since the age of four, and at thirteen she was already singing along on backing vocals with several bands in her native Newcastle. The first big success came to Cheryl when she got into the famous group Girls Aloud. At the same time, the producers immediately hinted to the young star that she needed to pay attention to her smile: the girl had too large front teeth and a mesial bite.

Dentist Cheryl Cole did his best: after correcting an incorrect bite and installing veneers on her front teeth, the singer’s smile acquired a completely different look and, along with gorgeous brown eyes, became her feature.

The changes affected not only the appearance of the star, but also her career. Soon Cheryl released her first solo album, which later received platinum status. In 2008 and 2009, FHM magazine recognized her as the sexiest woman in the world, and the British media awarded Cheryl Cole the title of “the nation’s new favorite” and “the most inspiring woman of the decade.” We can’t disagree with this: Cheryl’s smile is really inspiring!

The beauty of this famous British singer is admired not only in her homeland, but all over the world. Plastic surgeons admit that with the appearance of Cheryl Cole on the screens, they have more work, as many girls began to turn to them with a request to make them a nose or dimples on their cheeks, “like Cheryl.”

She herself claims that she has never used the services of plastic surgeons and is not going to do it ever. And although rumors have already spread that the singer has taken some steps in this direction to develop her career, but she stubbornly denies them.

For example, journalists suspect that Cheryl injected fillers into her lips, and also made breast augmentation. In addition, there are rumors that she has had ankle liposuction. Whether this is really the case, only Cheryl herself knows for sure.

Most likely, in her youth she does not need to artificially decorate herself, but we will see what happens next. Meanwhile, Cheryl says that she rejects the very idea that you need to adjust your appearance and figure to certain, it is not clear who set the standards of beauty. For example, she considers the American idea of a perfect nose stupid, believing that you need to be content with what nature has rewarded you with.

Of course, with her chiseled figure, beautiful face and very cute nose, it’s natural to think so. But will the singer remain true to her beliefs in a few years, when the same nature will reward her with inevitable age-related changes in addition to beauty?

And then, if you look closely even at Cole’s perfect nose today, you might think that this is just the flawless work of a surgeon, and the actress is lying, publicly speaking out against nose surgery.

Girls in their youth quite often have a negative or suspicious attitude to plastic surgery. But over the years, they still turn to the services of aesthetic medicine specialists, because they do not like age-related changes in appearance. This is especially true for public people. For example, actresses Nicole Kidman and Sandra Bullock have repeatedly publicly expressed a negative attitude to plastic surgery and promised never to do anything with themselves. But a few years later, both Kidman and Bullock were already actively visiting beauty clinics. Just because they still wanted to play the roles of daughters in movies, not moms.