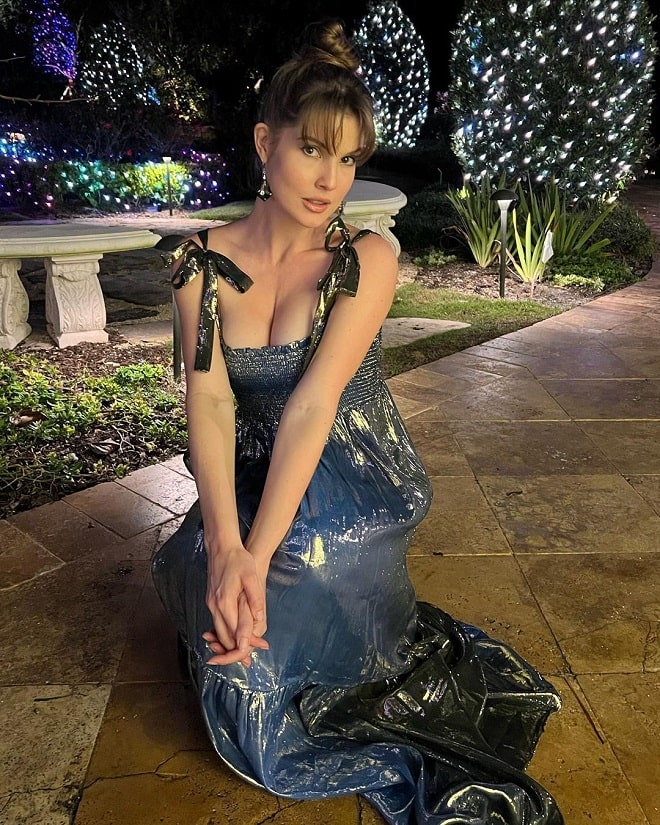 Amanda Cerny does not get out of the gym and can boast of her photo on the cover of Playboy. The girl can confidently consider herself a pro in business, a successful blogger, and a fitness guru.

Who is Amanda Cerny?

What do you need to know about the fitness model from social networks?

Amanda Cerny’s public career began in October 2011, when she became the girl of the month of the American Playboy magazine and, accordingly, got on the cover.

Amanda’s popularity instantly increased, and she could have gone the rather obvious and banal way of a model, but she wanted more. Therefore, the American woman went to social media and decided to create the author’s content on her Instagram account.

Prior to that, Cerny did publications on the Vine platform and learned from scratch how to mount videos and write scripts.

Amanda is a real fitness fanatic. She spends at least an hour a day training and shares her experience on her YouTube channel, fitness account on Instagram, and in the Fitplan app. Most of all, Cerny likes to engage in a program of fat-burning high-intensity interval training with elements of strength exercises. As for the musical accompaniment, the girl chooses reggaeton without hesitation and even started a playlist on Spotify for going to the gym.

Amanda has a black belt in karate. In addition, she has great respect for the taekwondo culture. Her mother devoted her whole life to this sport and still continues to do it as a coach.

In addition to physical activity, Cerny pays attention to proper nutrition. In 2014, she became a vegan and excluded animal products, fast food, and refined foods from her diet.

In addition, Amanda Cerny received an excellent education. She graduated with honors from the University of Florida, having studied in detail the discipline “International Business”. This helped her to create an agency for the search and promotion of talent and successfully manage it. In general, Cerny is engaged not only in business but also in charity and public activities as a UN ambassador.

There are rumors that Amanda Cerny has acquired the perfect shape of her face and body after plastic surgery.

Does Amanda use botox injections and fillers for lip augmentation? Are Amanda Cerny’s big tits real or fake? Did Amanda have a boob job?

Let’s compare her before and after photos. 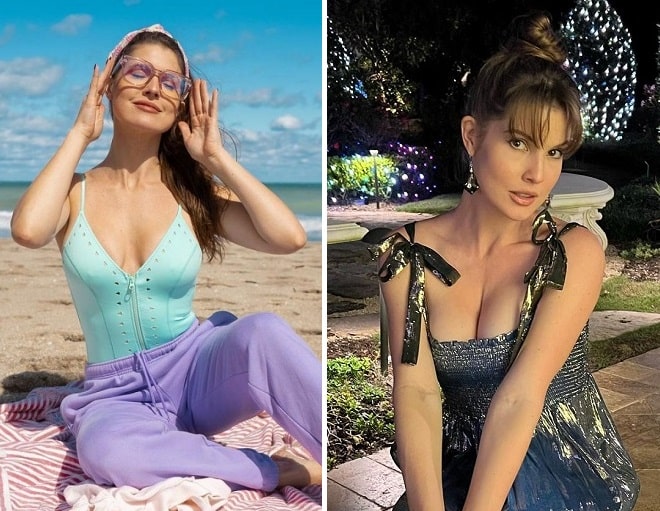 The difference in breast size is obvious, so there is no doubt that there was breast augmentation surgery. Probably the girl chose anatomically shaped implants, so her tits look natural.

Of course, the breast size can be visually increased with push-up bras, but not to such an extent. 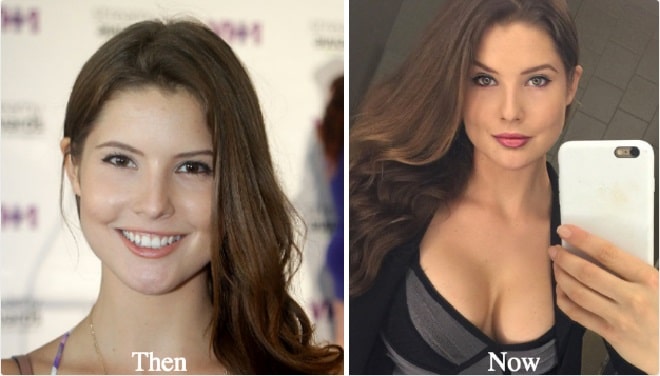 There is also a significant difference in lip volume. Judging by the photos, fillers were clearly injected into the upper lip.

In addition, fans suspect Cerny that she did liposuction. But such suspicions, in our opinion, are in vain.