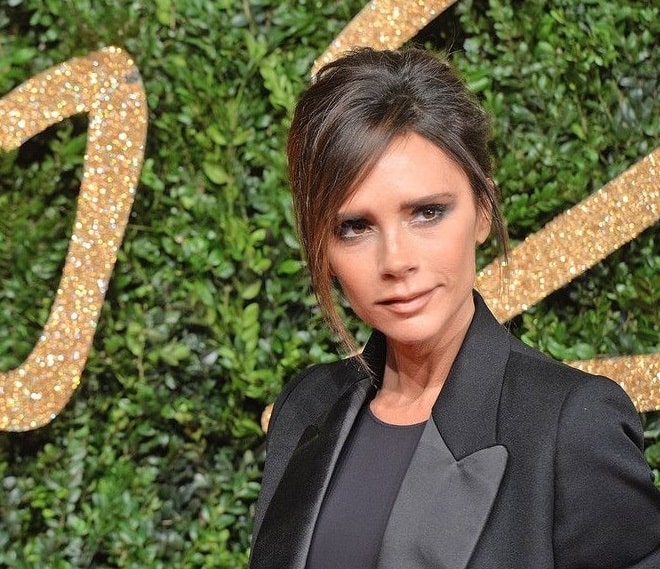 Victoria Beckham is a star, a socialite, a designer, and just a beautiful elegant woman. Her unique style is imitated by many. But the image of the main fashionista did not appear immediately. Throughout her life, the star is gradually improving. The singer has always been very critical of her appearance, so both before and now she spares no effort and money for beauty transformation with plastic surgery.

Victoria Beckham in her youth

The career of this amazing woman began in the 90s in the Spice Girls group. 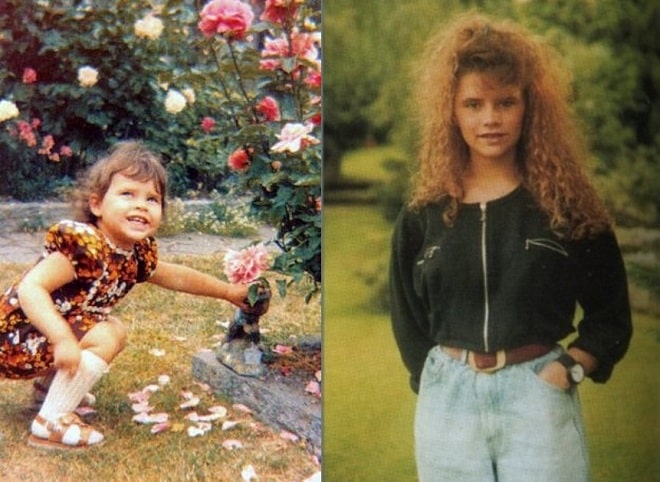 The famous British magazine Top of the Pops called it Posh Spice. 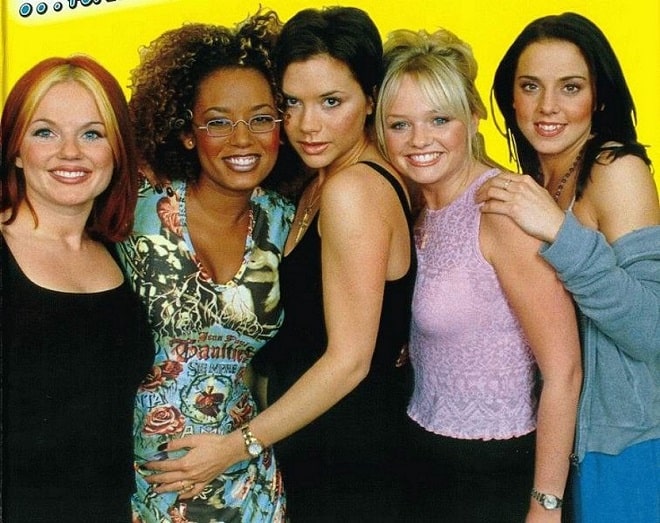 In those years, the girl looked very bright, often sacrificing comfort for the sake of beauty. She wore short leather dresses, furs, and spectacular shoes with heels. The figure of the singer allowed it. Victoria Beckham in her youth had elegant forms and small beautiful breasts. 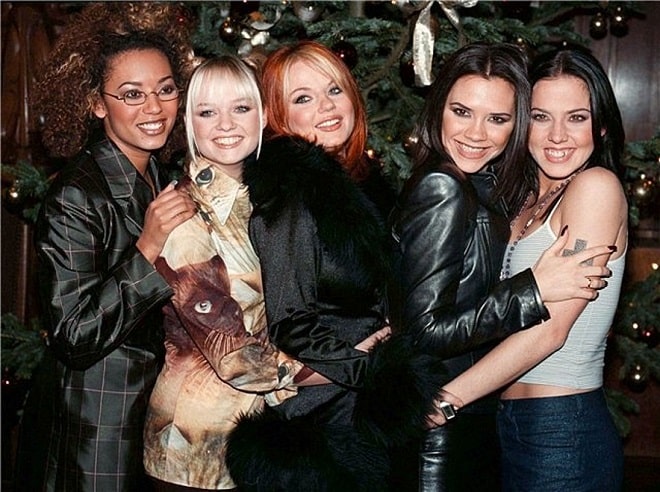 Victoria Beckham is no longer the same girl in mini-dresses. Now she is an exquisitely dressed businesswoman who sets trends.

The good results of cosmetic surgery are largely explained by moderation and an innate sense of beauty.

“I have nothing against people who have done anything with the face. I think if it makes someone feel good, it’s great.”

In 1999, the girl married the football player David Beckham. 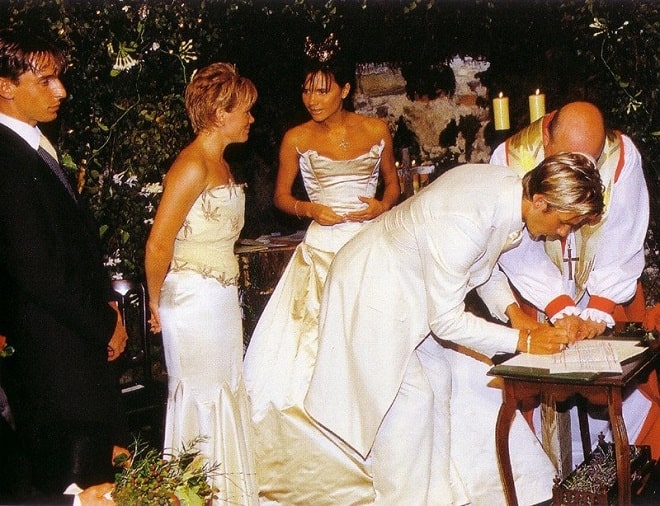 After the birth of her first child, Victoria thought about breast augmentation. 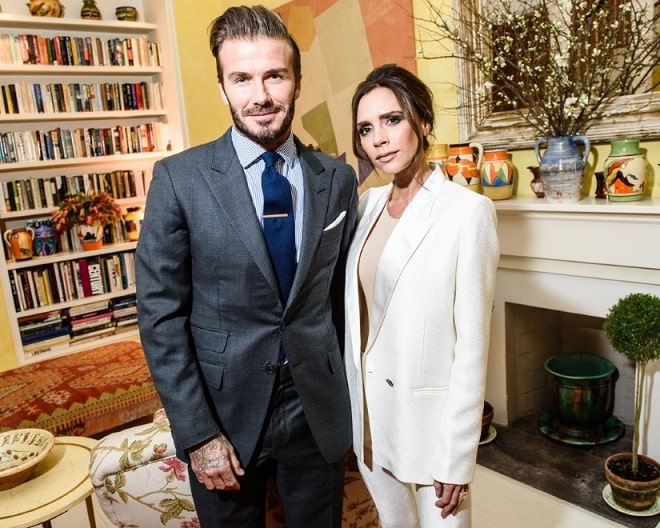 But the first acquaintance with plastic surgery was not the most successful. The implants stood out noticeably on a fragile figure after losing weight and, due to the lack of subcutaneous fat, they were strongly contoured. At the same time, she denied doing the boob job and referring to underwear with a push-up effect. 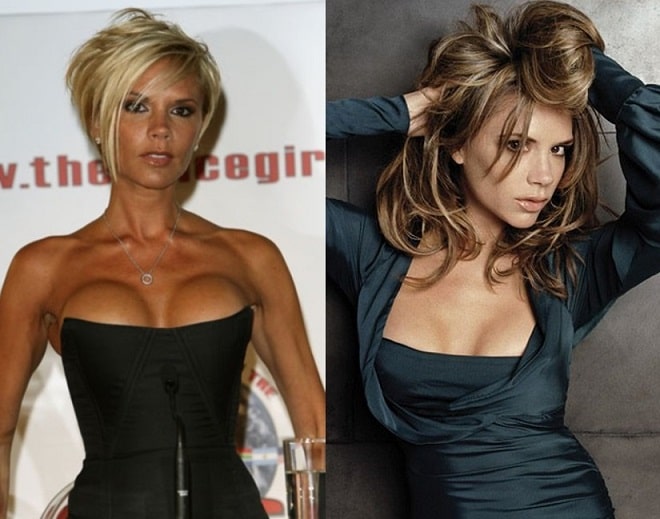 In the mid-2000s, the singer changed round breast implants to anatomical ones, and in 2010, after the fourth birth, she openly admitted that she had removed the implants and settled on natural forms.

In 2014, there were rumors that Victoria again installed breast implants, but the star herself did not confirm the information.

Experts believe that Victoria Beckham did the nose job. 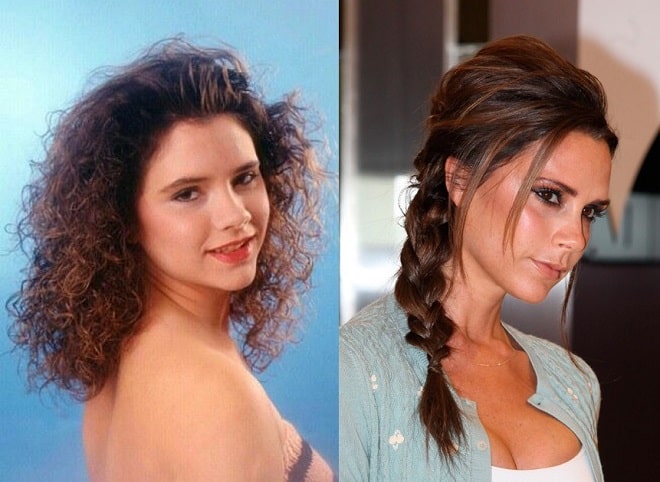 Photos before and after rhinoplasty demonstrate that the tip of the nose has become narrower and finer.

The work of the doctor deserves applause – only the differences in the early and late images indicate the change in the shape of the nose. 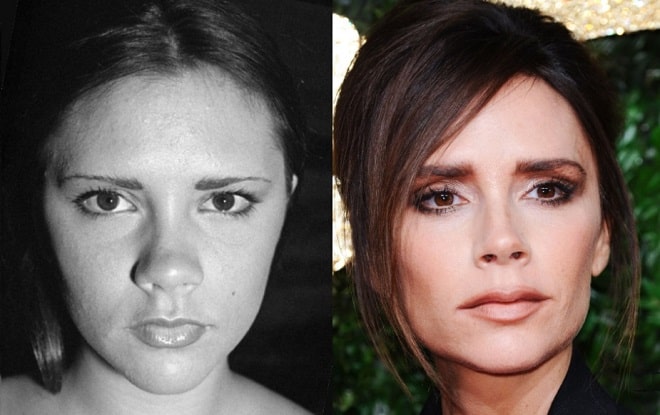 Victoria Beckham lost the girlish roundness of her cheeks after losing weight and then appeared her famous sunken cheekbones.

A pointed chin may well be the result of weight loss. But there is another opinion, Victoria Beckham did a chin correction with an implant, and the procedure changed the shape of the face.

Experts believe that over the past years, Victoria has adjusted the volume of her lips several times with the help of lip injections. Since the star knows the measure, the lips look very natural. 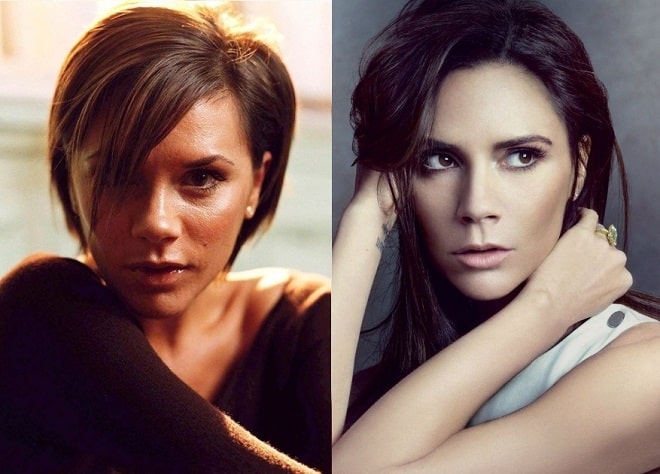 The skinny body of the famous designer acquired as a result of the diet causes many questions for nutrition specialists, but Victoria continues to monitor her weight. 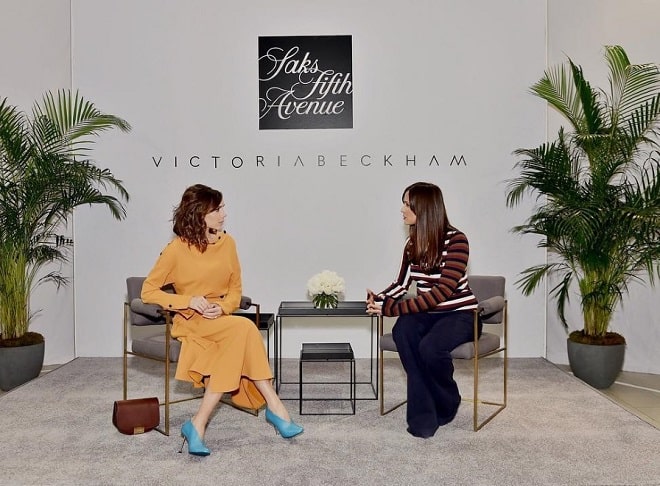