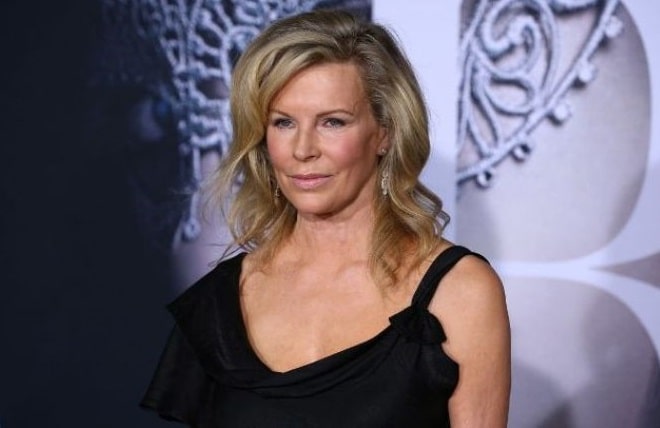 Kim Basinger is one of the most famous and beautiful American actresses, Oscar winner. Her most famous role in the melodrama “Nine 1/2 Weeks” was both her biggest failure – the actress was nominated for the Golden Raspberry anti-award, and her biggest success, since it was after that that the whole world learned about her. However, the actress does not like to remember this time very much…

Kimila Ann Basinger was born in 1953 in Athens, Georgia. Her father was a financial consultant for banks and played in an amateur jazz band, and her mother was engaged in modeling and was an actress in her youth, but left her career for her family and five children.

As a child, Kim studied ballet but soon gave up choreography classes. She grew up very withdrawn and shy – so much so that her parents even took her to a psychiatrist, fearing that her daughter might have autism. However, the doctor saw the reason for this behavior in the Puritan upbringing and did not find any deviations in her development. At school, Kim was repeatedly bullied, which she told only years later: “I grew up a lonely child. At school, I was considered abnormal, teased with a “fool” and a “fish mouth”, because of which I suffered a lot and got into trouble.”

Kim Basinger’s first victory was the title of “Miss Georgia”, then she took part in the Miss America contest and became one of the most sought-after and highly paid models, earning a thousand dollars a day. 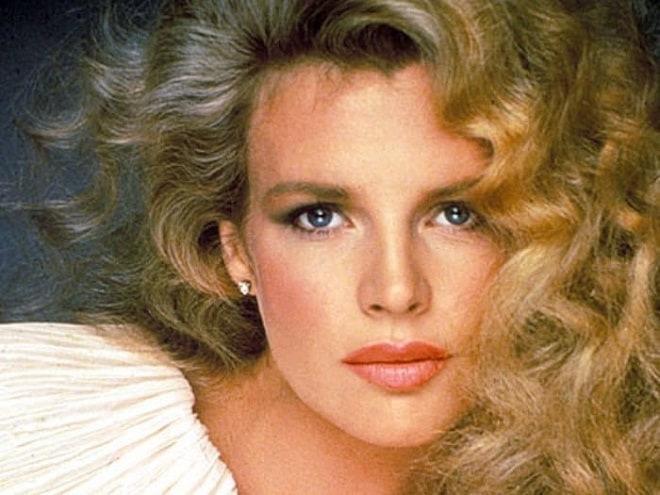 Her photos adorned the covers of fashion magazines, she starred in dozens of commercials and became the face of famous brands. However, the girl did not want to limit herself to modeling and in the mid-1970s she graduated from acting courses. 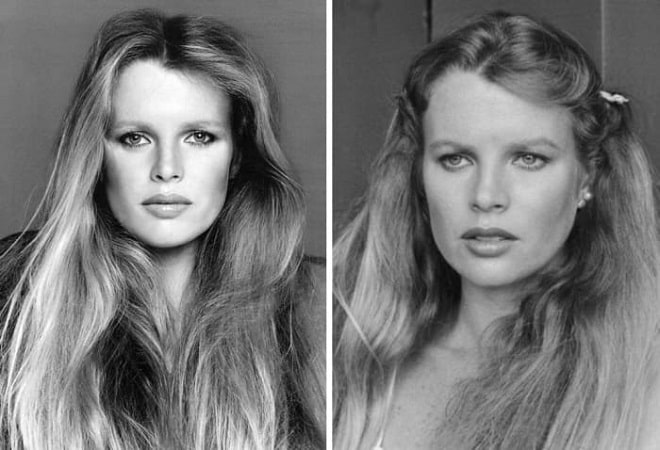 In 1976, Kim quit modeling, moved to Los Angeles, and began acting in films. Her first roles were not recognized by critics and the public. Wide fame came to her only in 1983, after filming in the next series of Bond “Never Say Never Again”, where her partner on the set was Sean Connery. 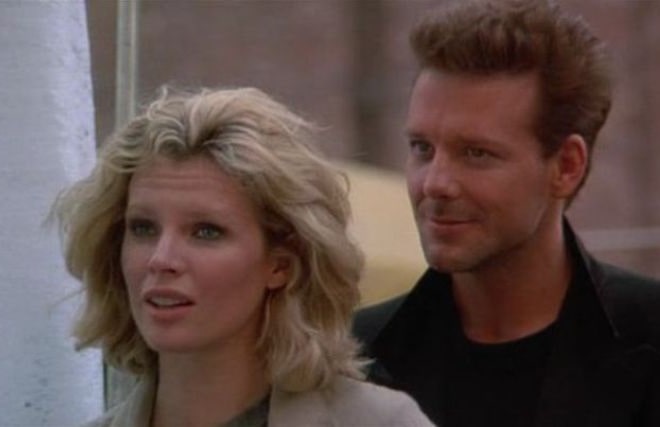 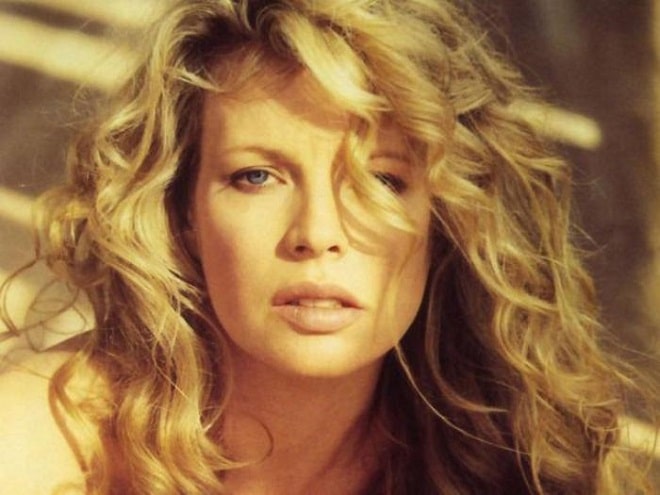 Shooting in the film, which turned her into a global star, she called one of the most terrible periods in her life, which she later very much did not like to remember. 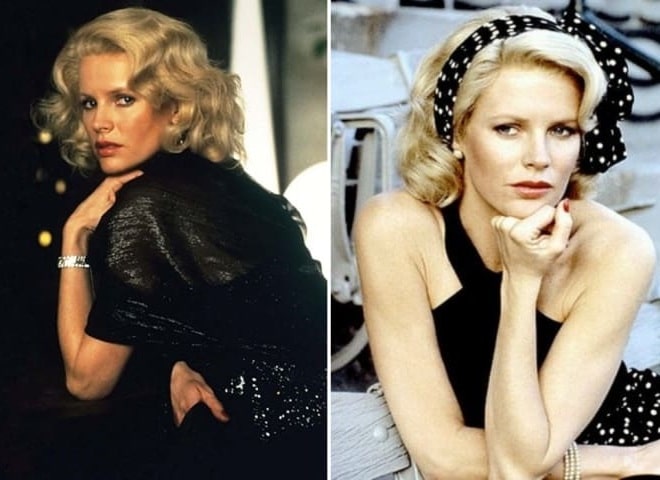 In the late 1980s, the actress consolidated her success by playing the girlfriend of a superhero in the movie “Batman”. And she considered shooting in the thriller “L.A. Confidential” to be the most successful in her film career. For this role, the actress was awarded the prestigious Oscar and Golden Globe awards. 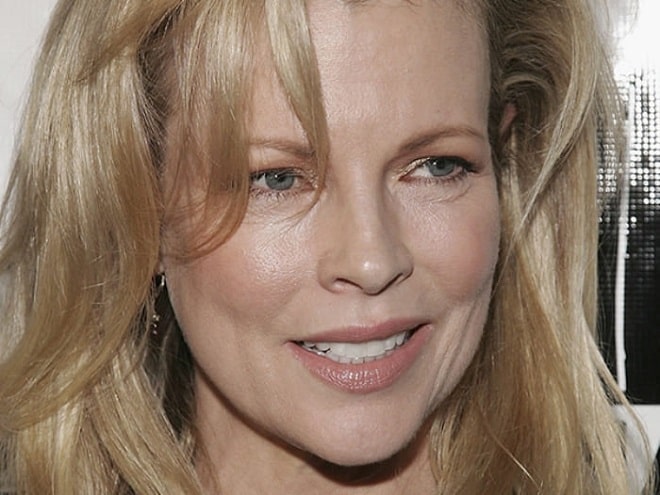 In 2017 she forced the public to talk about herself again by playing in the scandalous film “Fifty Shades Darker”.

The actress was married twice. 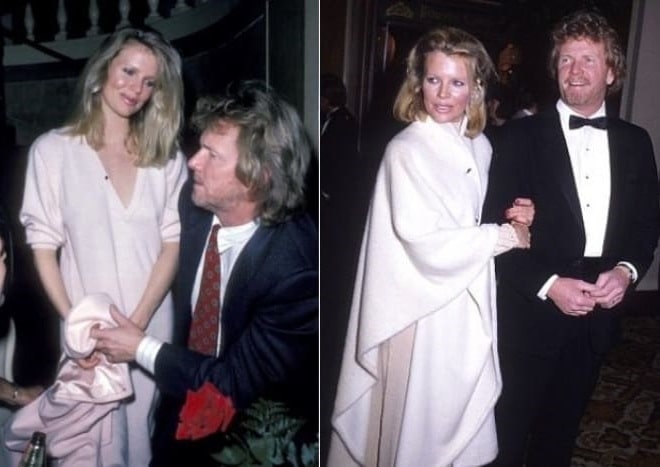 She met her first husband, makeup artist Ron Britton, on the set in 1979 and married him a year later. Their marriage union lasted 7 years, after which the couple divorced. 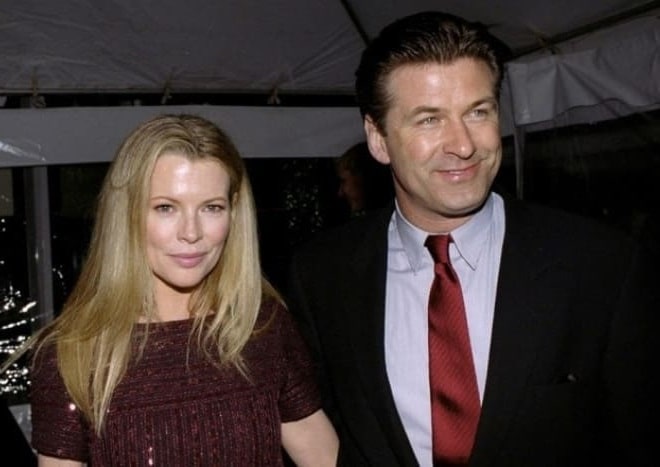 In 1993, Kim Basinger remarried – to the famous actor Alec Baldwin. And 2 years after the wedding, their daughter Ireland was born. It all ended with a breakup in 2000, lawsuits for custody of her daughter, and a divorce in 2002.

If before that everyone unanimously admired the fact that the actress managed to preserve her natural beauty until the age of 60, then after 2015 she was called a victim of plastic surgery, and a large number of photos appeared on the network showing changes in Kim Basinger’s appearance before and after plastic surgery. 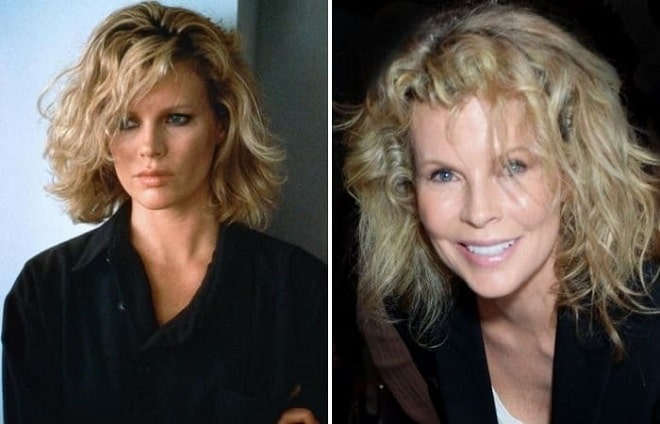 Kim Basinger’s face has certainly undergone many changes. At least we can tell from the photos… 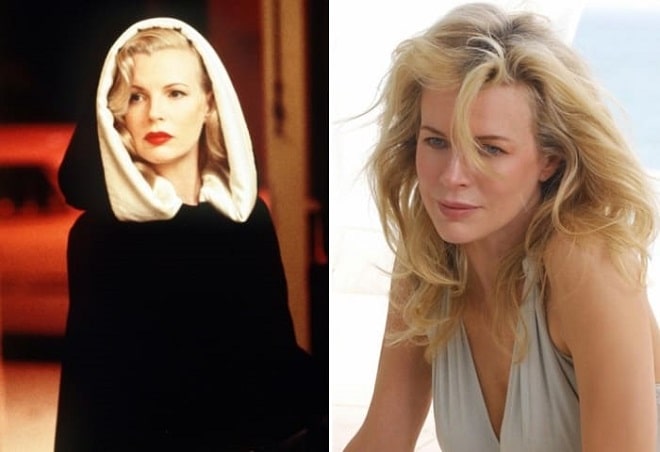 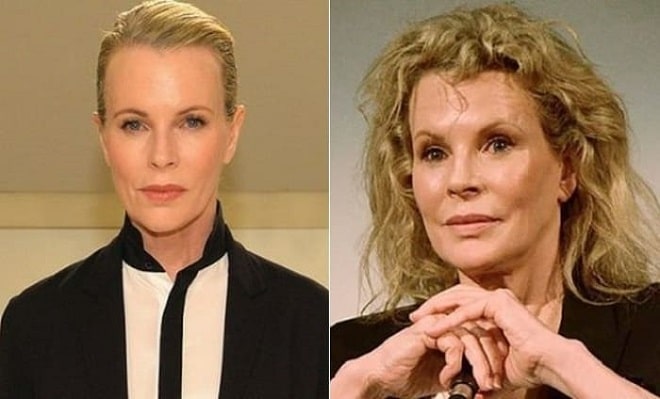 We will be more tactful in the eyes of the reader if we do not express our opinion on whether it has become better or worse because the criteria for the aesthetic result of the intervention are different for all of us. It would be more correct to point out the specific changes that aesthetic medicine specialists can observe. 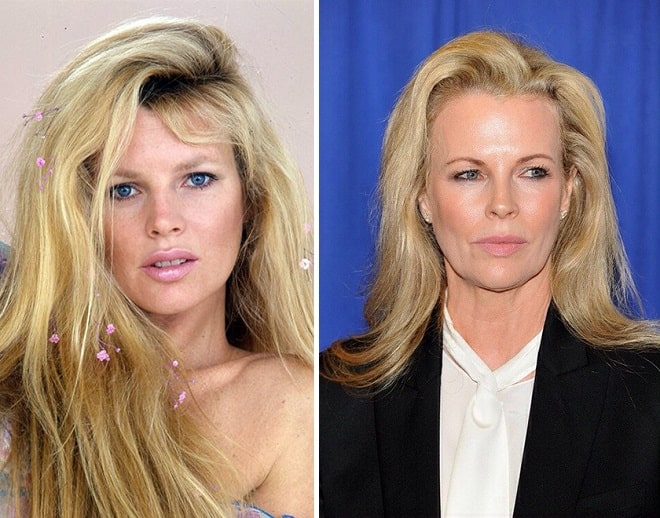 Specialists in the field of plastic surgery expressed their opinion about everything in great detail.

Experts are sure that Kim did a good job on her face, did blepharoplasty, botox injections, and fillers. An endoscopic forehead lift may have been performed. 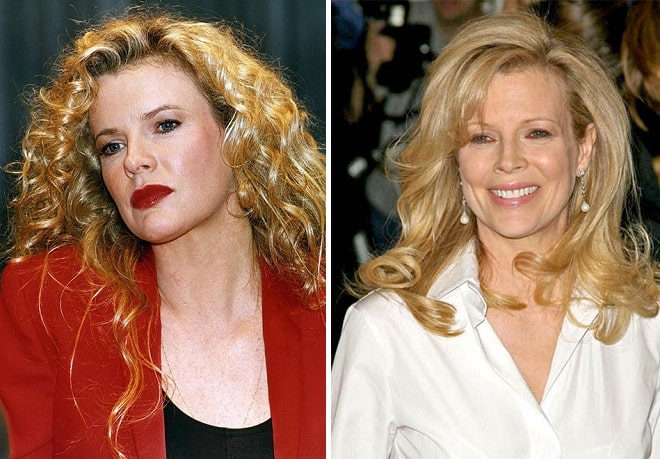 So, there is a result of volumetric surgical intervention and not just cosmetic procedures.

Lifting of the upper and middle third of the face. There is an obvious rise and change in the shape of the eyebrows, as well as the rise of the lateral angle of the eye — such changes are characteristic of extended endoscopic lifting.

Upper and probably lower blepharoplasty. We see the changes that have occurred in the periorbital zone. The eyes began to look more deeply set. In addition, the contour of the edge of the lower eyelid has been changed – a sign of plastic surgery of the lower eyelids. 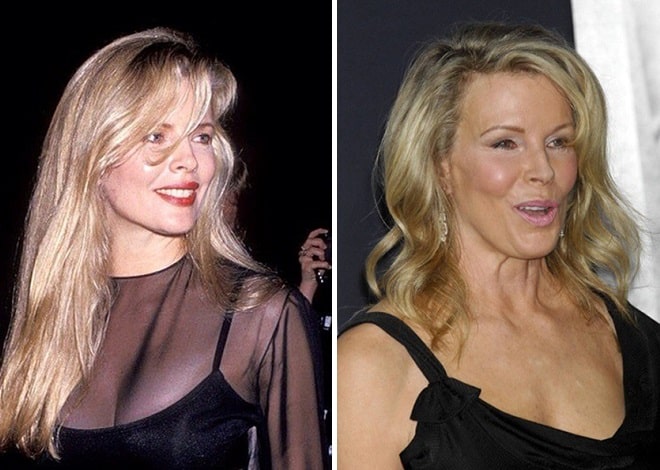 The zygomatic area. There are obvious changes in the volume of the cheekbones due to the introduction of fillers or the transfer of their own adipose tissue. It is difficult to say exactly what was done because each doctor has his own approach and his own combinations of techniques.

The lower third of the face. This is lifting, although it cannot be unequivocally said that this is a surgical facelift. It is possible that non-surgical correction techniques were used, such as thermal lifting or ultrasonic lifting. One thing is for sure: there was also volumetric modeling of soft tissues with fillers. 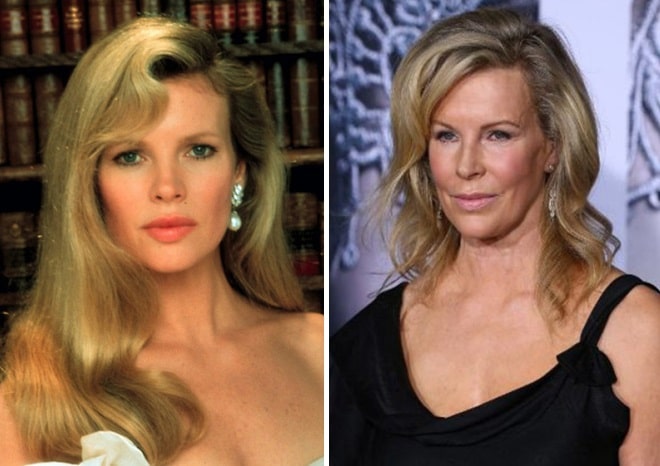 Lips. Contour plastic with fillers, most likely, along the contour. All other changes can be considered image-based (hairstyle, makeup, etc.).