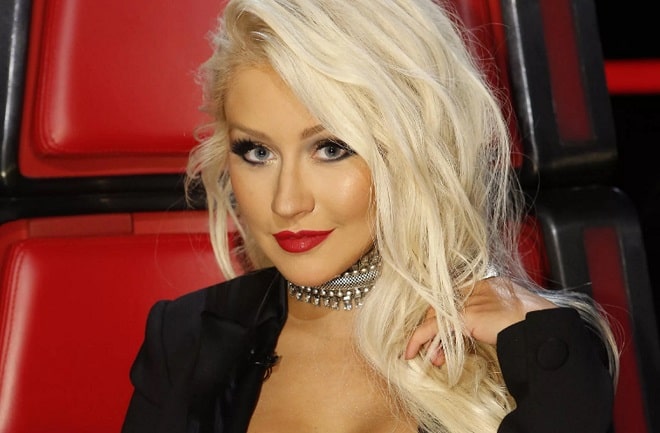 Now, the pop star is rich, famous, and loved. Recently, she has been subjected to numerous attacks from fans. We have traced the evolution of her image.

Christina Aguilera is one of the brightest singers of our generation. She has released 8 albums, 6 Grammy Awards to her credit. In addition, she is also engaged in producing and trying herself as a presenter. At one time, Rolling Stone, the most authoritative magazine in the music field, included the singer in the top 100 greatest artists of all time. By the way, Aguilera became the youngest on this list.

Celine Dion, the author of the piercing hit from the movie “Titanic”, spoke of Aguilera as one of the best vocalists. Christina still has a range of 4 octaves. And even with such data, for many fans, the question of what Christina Aguilera looks like now remains more important. Her figure is as closely watched as her musical achievements.

Christina Aguilera in her youth

Success came to young Christina very early. Already at the age of 8, she took 2nd place at a children’s talent contest. 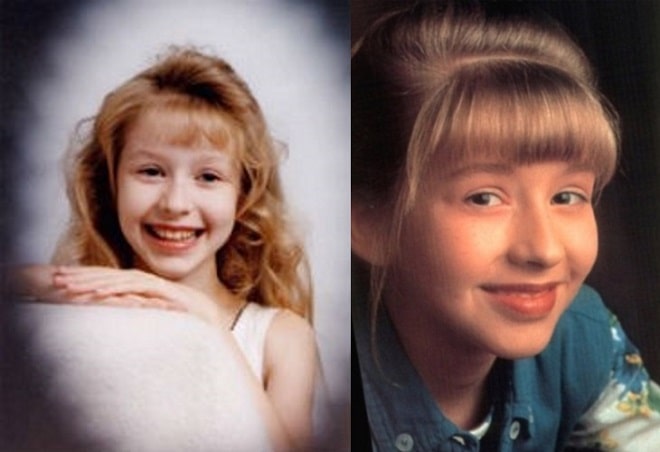 Then there was the famous show “Mickey Mouse Club”. Aguilera performed in it together with such future stars as Ryan Gosling, Justin Timberlake, and Britney Spears. It is not surprising that she was offered to perform the title song for the Disney cartoon “Mulan”. Since then, Aguilera’s solo career has taken off. 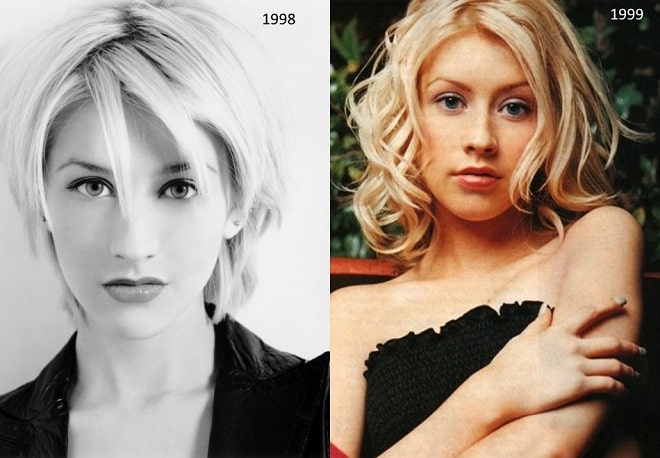 But Christina Aguilera quickly realized that one strong voice would not be enough for success on stage. It is important to stand out from the crowd of prodigies like her, talented aspiring singers. The first step of the future star is bright clothes and always high heels on stage. 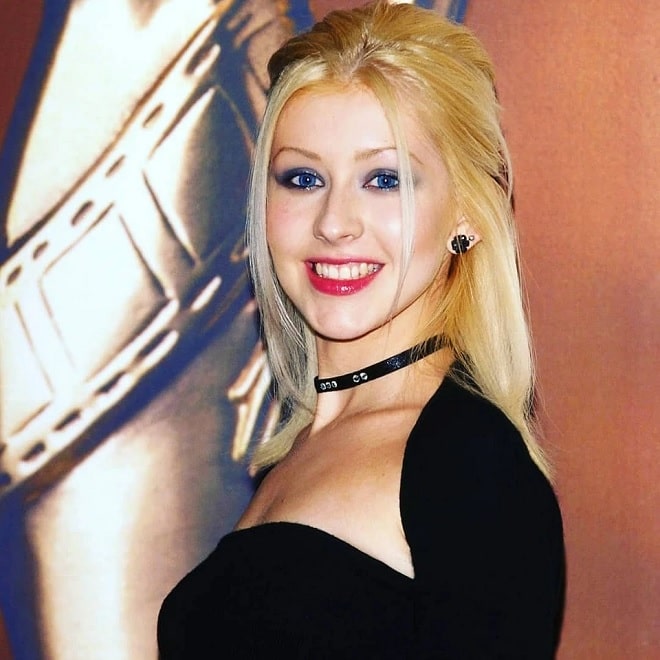 How did Christina Aguilera’s appearance change?

Christina began to try on all the fashionable and shocking trends for herself. Rhinestones and glitter (the more, the better), flashy makeup and self-tanning (the darkest shade), dreadlocks and pigtails, tattoos. She also became interested in piercing.

Aguilera also resorted to the help of a plastic surgeon and did a boob job. The first time this happened was around 2002. After breast augmentation, Christina Aguilera has a keloid scar under her arm. 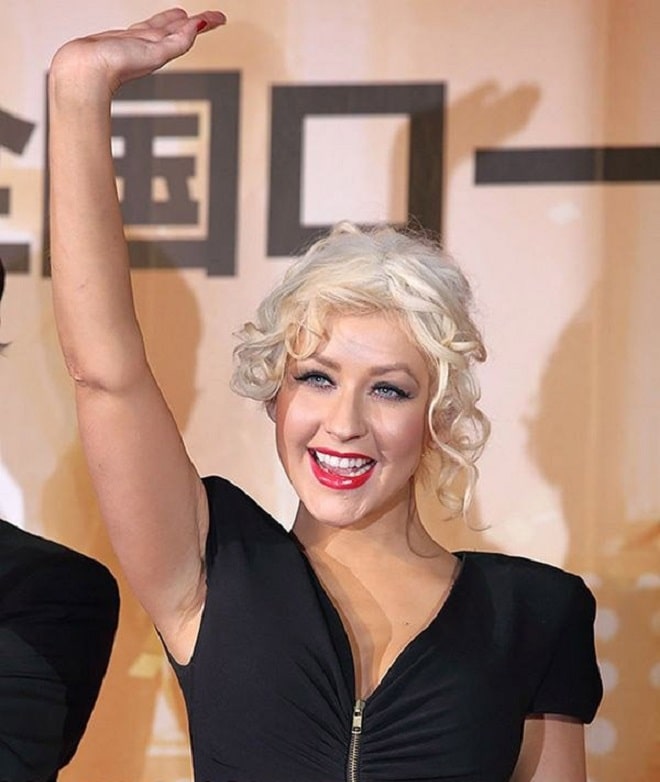 At the same time, there were rumors that the singer did a nose job and lip augmentation. And this was not the last plastic surgery in the singer’s life.

Of course, Aguilera did not reach the heights of Lady Gaga’s outrageous, but in stage life, she always looked very bright. The singer changed images: from a vamp woman to a platinum blonde in the style of Marilyn Monroe. In many photos after 2004, she looks like a movie star from the “Golden Era” of Hollywood: with platinum hair, bright red lipstick, sensual vintage outfits. The famous song from the movie “Moulin Rouge” — Lady Marmalade, which Aguilera performed together with singers Maya, Lil Kim, and Pink, also belongs to this time.

In 2008, married to producer Jordan Bratman, Christina Aguilera had a son, Max Lyron. But after giving birth, the singer managed to quickly regain her form, because she received an offer to star in the film “Burlesque” together with the incomparable Cher. The turn in the career plan entailed a change in the image. Hairstyle and makeup in the style of the 1920s. She looked very elegant, but at the same time romantic. 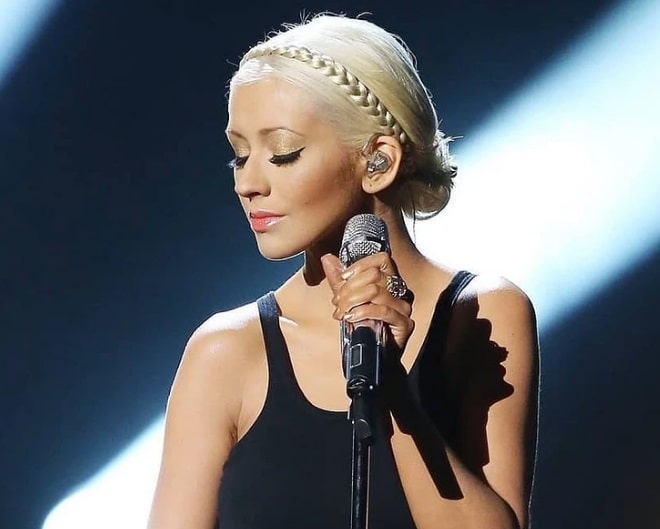 And then Christina Aguilera’s figure began to undergo metamorphoses, however understandable for women of her age. She began to rapidly gain excess weight. In the photo, it seemed very full, even unkempt. She tried to fight it: then she lost weight, then she got fat. 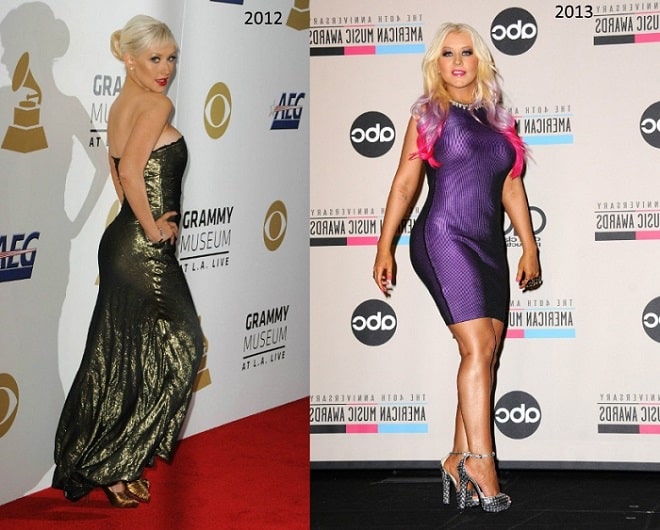 One day fans noticed another change. Christina Aguilera after losing weight has voluminous buttocks. They became so outstanding that the question arose about implants and plastic surgery.

In 2014, she gave birth to a daughter from her second husband, actor Matthew Rutler. And again gained weight. She became actively involved in sports, but it didn’t always help. After all, according to the singer herself, she loves to eat too much and cannot sit on a diet. In short, Aguilera has no shocking stories about losing weight, unlike other stars.

Along with the changes in the figure of Christina Aguilera, the singer’s worldview has also changed. She made a bet on naturalness in makeup. Now there are no flashy colors and excessive tanning, only natural blonde and lip gloss. The apotheosis of the image change was a photoshoot in Pepper magazine. In the photo, Christina appears in a sensual image: nude makeup, minimal styling, perky freckles. No one has ever seen Christina like this. 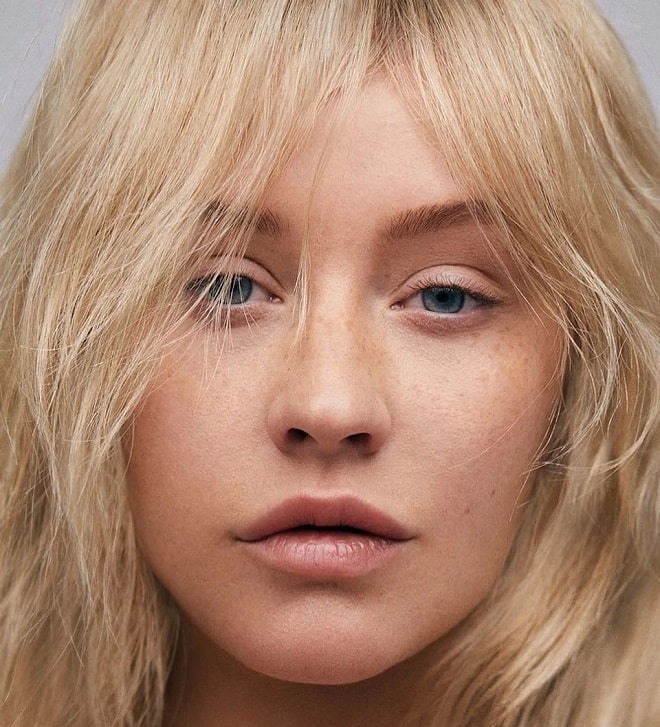 “I’ve always liked experiments, theater. I came up with my own plot and played different characters in music videos and at concert venues. I’m an artist by nature. But now, even in music, I try to love myself for who I am. I feel free, discarding all special effects and remaining in my natural beauty.”

Such a body-positive from a once slender and sexy singer was not to the taste of many fans. From the topic of creativity, fans switched to how much Christina Aguilera weighs. Her figure, indeed, has changed significantly. This is clearly visible in the photos taken by the ubiquitous paparazzi during the walks of the star with her family.

But although in everyday life Aguilera prefers naturalness, as well as black outfits, on stage she remains true to herself. The brighter, the better! When creating an image, huge earrings, hoodie dresses, and capes, wide suits with a belt, giant shoulders, or other voluminous details are used.

In addition, many fans have now begun to accuse their favorite of her excessive enthusiasm for plastic surgery. Recent visits to the surgeon have not made her any better. The once elegant shape of the lips has changed a lot, the contours have distorted. A facelift, botox, injection fillers for chin, and cheekbones gave the star a doll-like look without facial expressions. 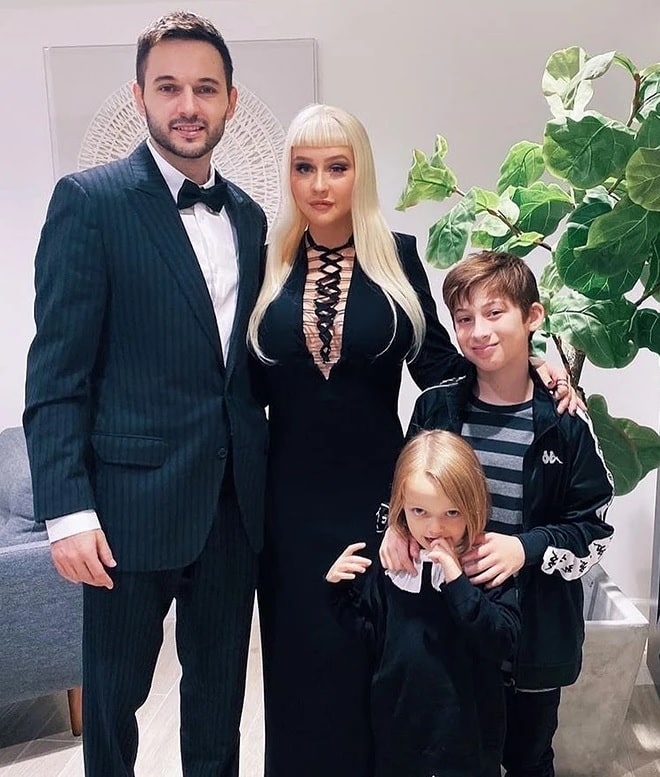 But Christina Aguilera does not pay attention to the haters. To all the malicious comments about her appearance, she replies that this is her body and it’s up to her to decide how to live in it so that it’s comfortable. She was lucky – Matthew’s husband supports her in everything. He has a unique ability – to accept a loved one as he is.

How the star looks in ordinary life can be seen in paparazzi pictures. She is no different from her peers, who are approximately in the same weight category.

Comparing pictures from life with photos that the celebrity began to post on Instagram, netizens began to resent. Followers, looking at Aguilera’s tape, believed that she had taken care of herself and put her figure in order again. Her waistline had changed, and it was noticeable.

Paparazzi photos proved the opposite. Subscribers realized that Aguilera began to abuse photo editors. With their help, she changes the proportions of her own body. 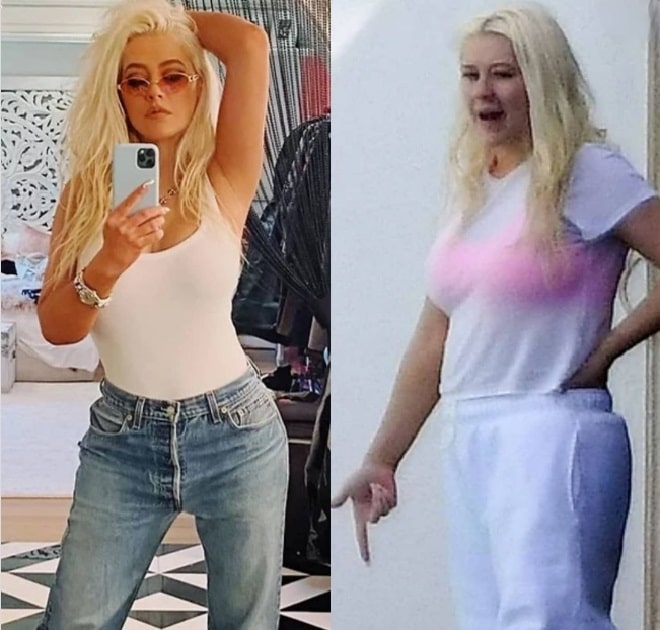