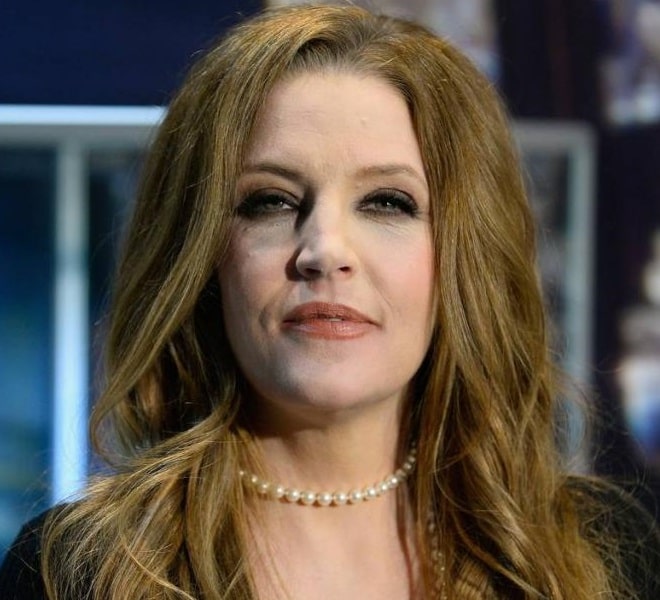 Probably everyone is familiar with the work of Elvis Presley. His daughter Lisa Marie Presley followed in her father’s footsteps and became a singer. In 2003, her first music album was released. He almost immediately found himself in the fifth position in the ranking of the 200 best albums. Lisa herself was the author of all the songs. After the release of the album, the star went on a UK tour. Then she released 2 more successful albums, and her songs became hits.

Many are interested in the biography of the famous singer’s only daughter. Well, she’s really fascinating!

Lisa Marie Presley in her youth

The girl was born in 1968, nine months after her parents’ wedding. After the parents divorced, she lived with her mother. 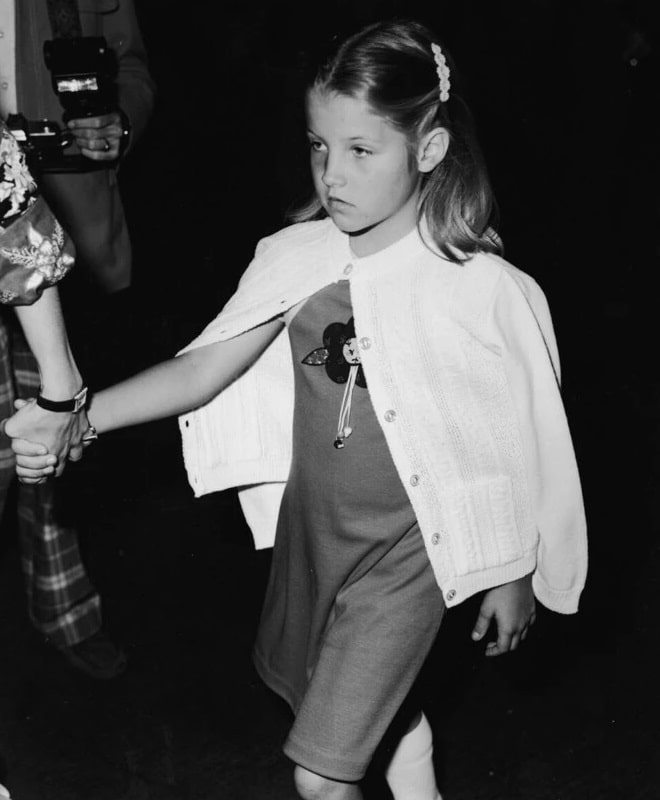 She studied mainly in boarding schools, several times the girl was expelled from schools because of drug problems. She started using drugs at the age of thirteen, at the age of seventeen she managed to get rid of addiction. 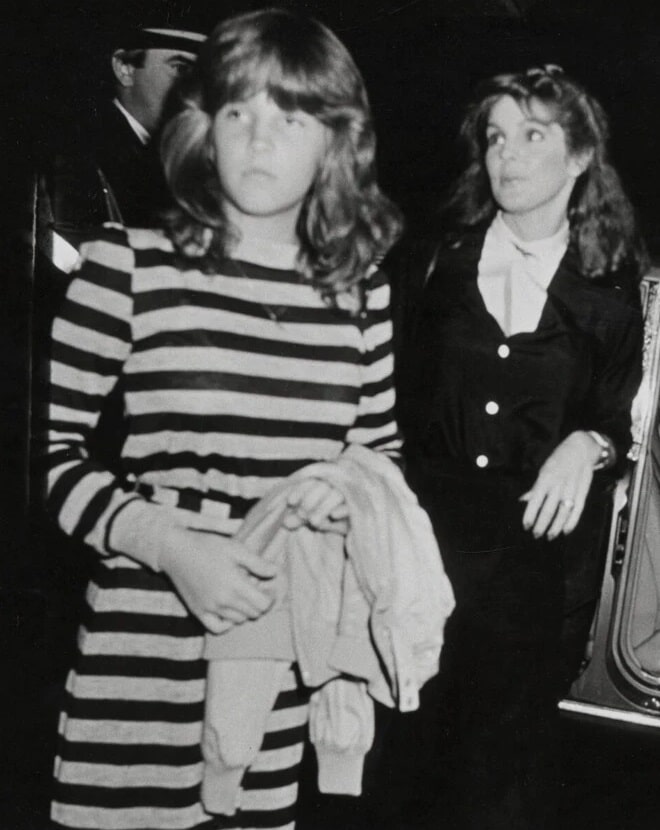 In 1977, Lisa became the heiress of the estate together with her grandfather and great-grandmother. And after the death of relatives in 1980, Marie became the sole heiress of Graceland.

At the time of Elvis’s death, his fortune was estimated at only a few million dollars, but the interest of the tourist attraction Graceland and in the singer’s work contributed to the active growth of assets.

In early 2018, Lisa Marie stated that her fortune had been reduced to $14,000 because her former business manager was acting in his own interests. She sued him, accusing him of reckless and negligent management of affairs.

She married for the first time in 1988 to musician Danny Keogh. In 1994, she divorced him. 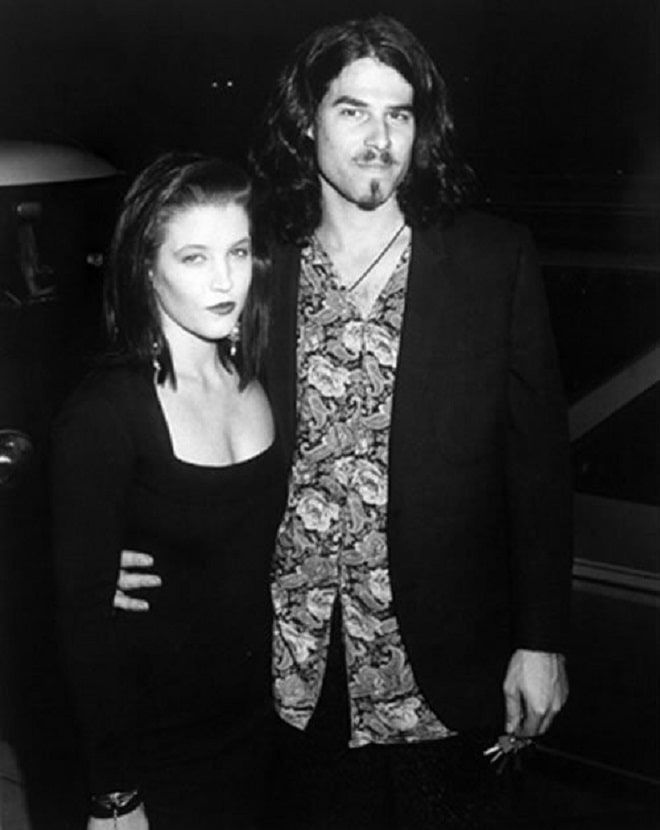 Immediately after the divorce, the wedding of Lisa and Michael Jackson took place. 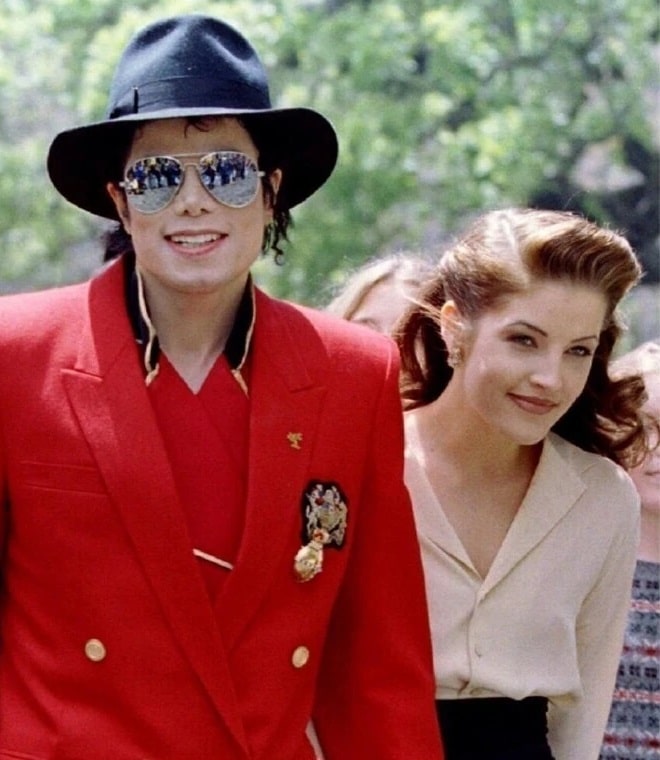 They first met in 1975, when the girl was only 7 years old. The friendship between them began in 1992. The couple constantly kept in touch by phone. Lisa supported Michael emotionally when he was accused of child abuse. Soon Marie began to fall in love with him. But their marriage was not destined to last long. They broke up in 1996. 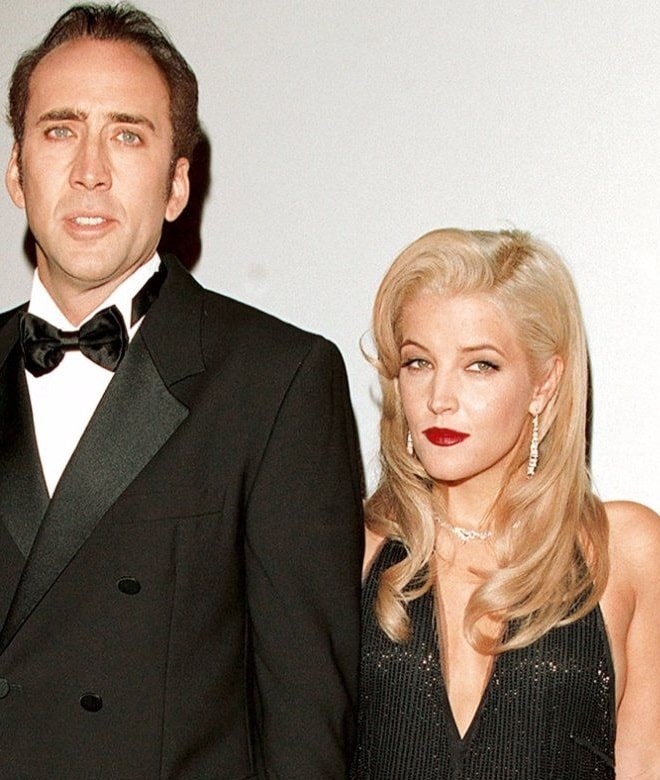 In 2006, the wedding of Lisa and Michael Lockwood. In 2016 the woman filed for divorce. 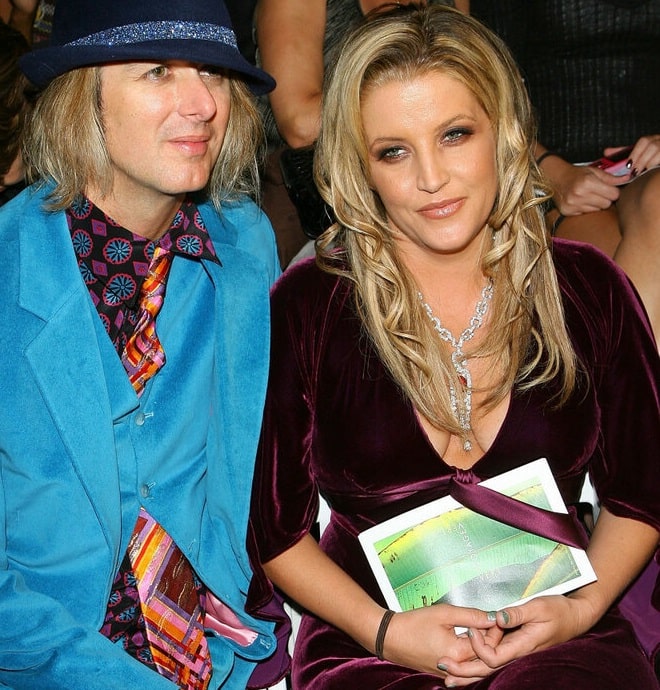 In 2008, Lisa had twin girls from her fourth husband, Harper Vivien Ann and Finley Aaron Love. 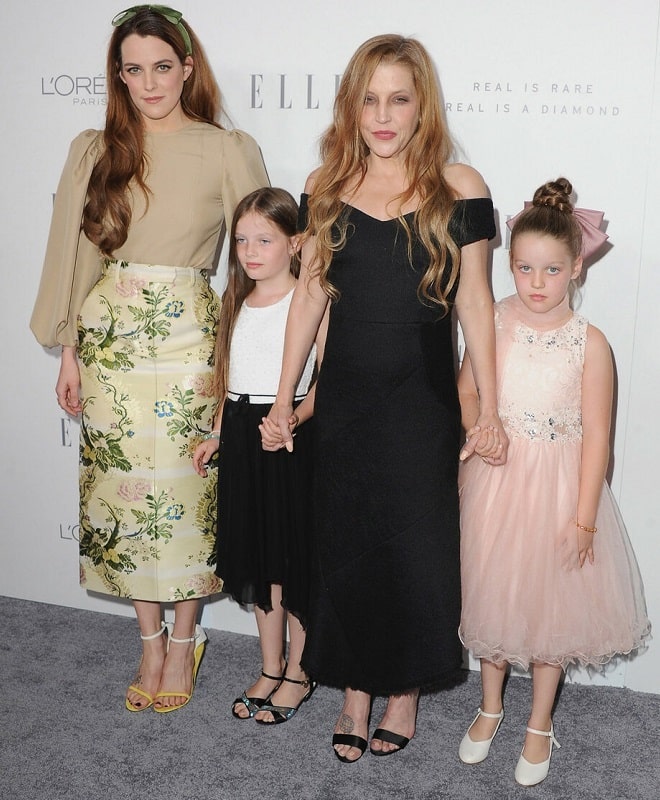 The woman lives in Los Angeles with her children. She plans to write an autobiographical book where she will talk about her relationships with her parents, children, and husbands, as well as about her career as a singer.

Lisa actively participates in charitable organizations, manages the Elvis Presley Foundation, which was established in 1984.

In 2017, Presley stated that she has alcohol and drug addiction, so she began treatment in a specialized clinic.

“I don’t want to die like a father!” — Elvis’s daughter admitted that she doesn’t want to repeat the fate of her father.

To preserve the oval of the face, the singer had liposuction of the jawline, facelift, and contouring with filler injections were performed. Botox injections have also been used in the forehead and nasolabial folds. 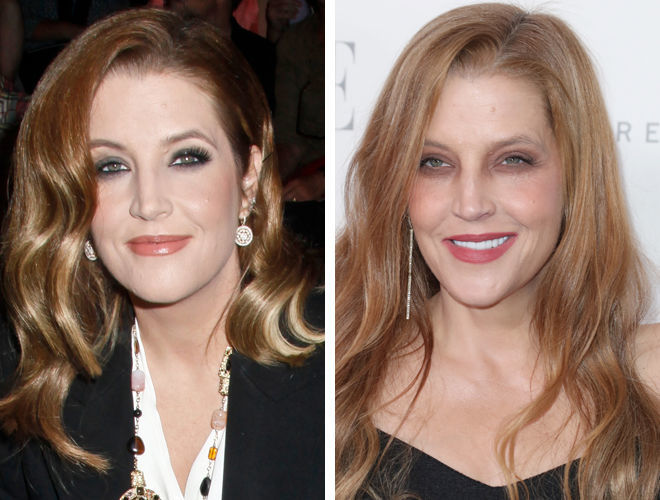 Lisa has always had beautiful lips. But in some photos, the lips look fuller. Perhaps she experimented with injections of fillers into her lips. 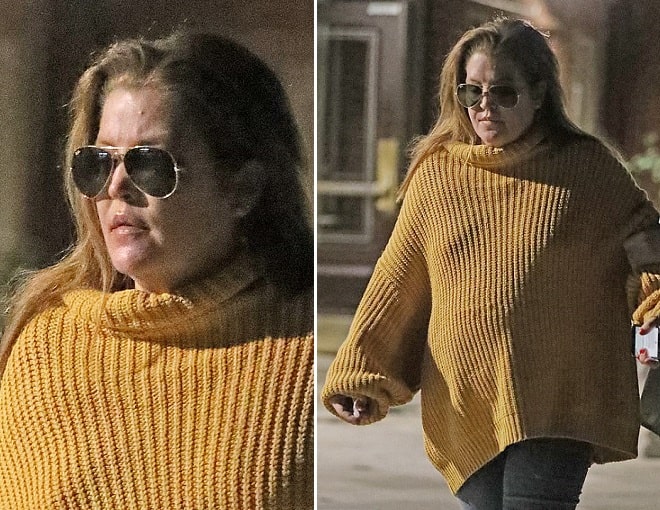 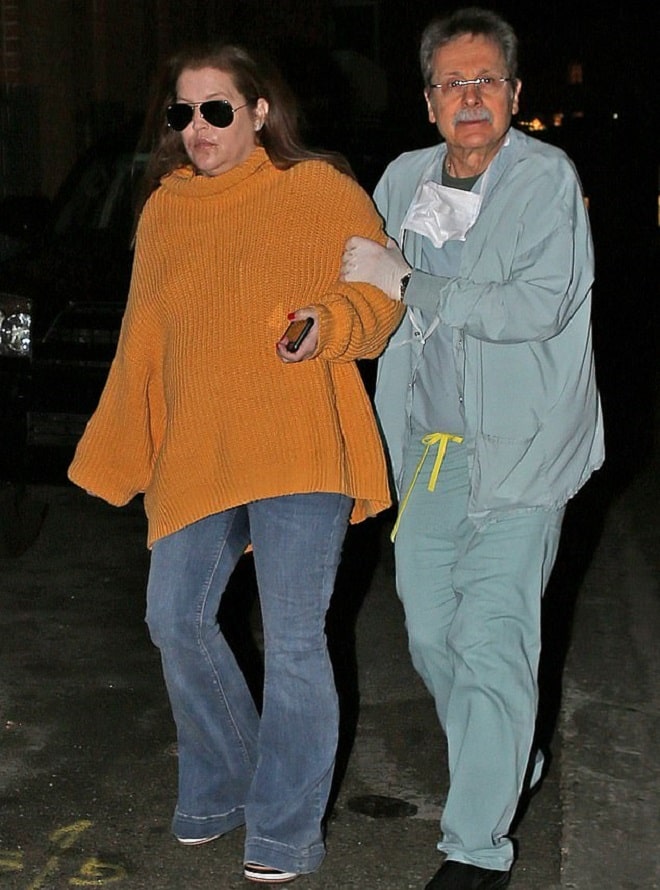 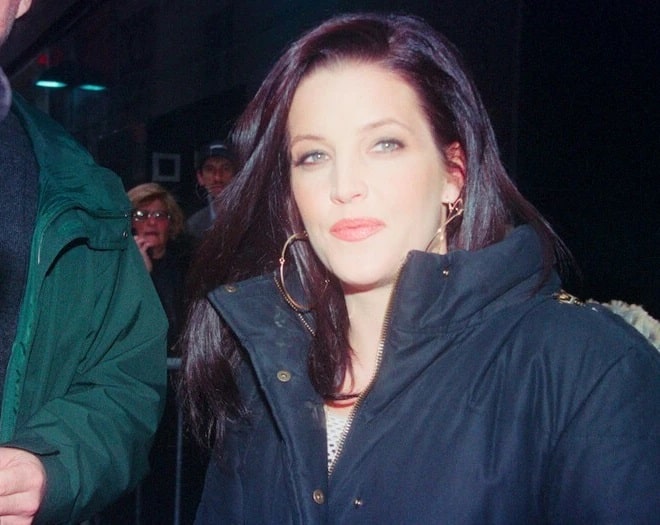 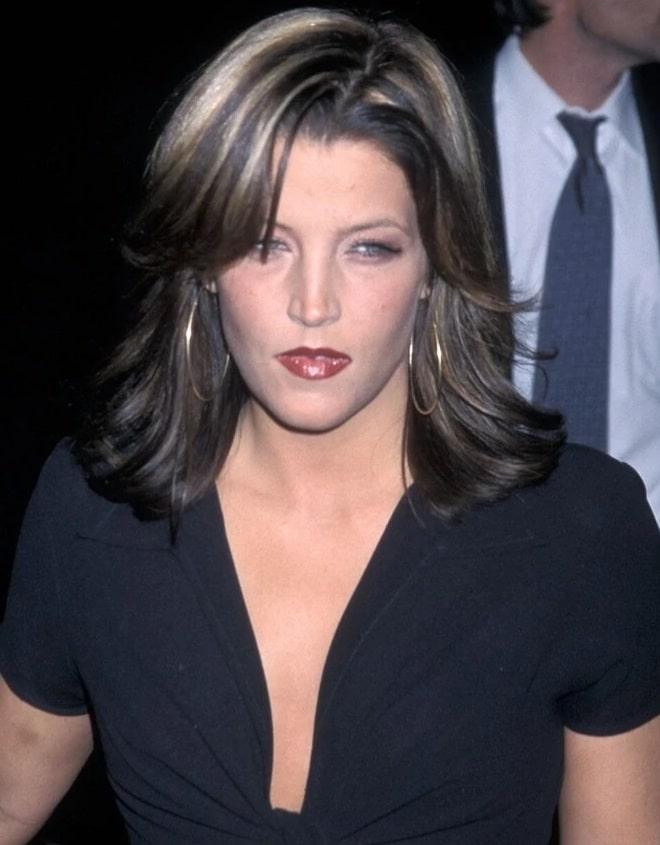 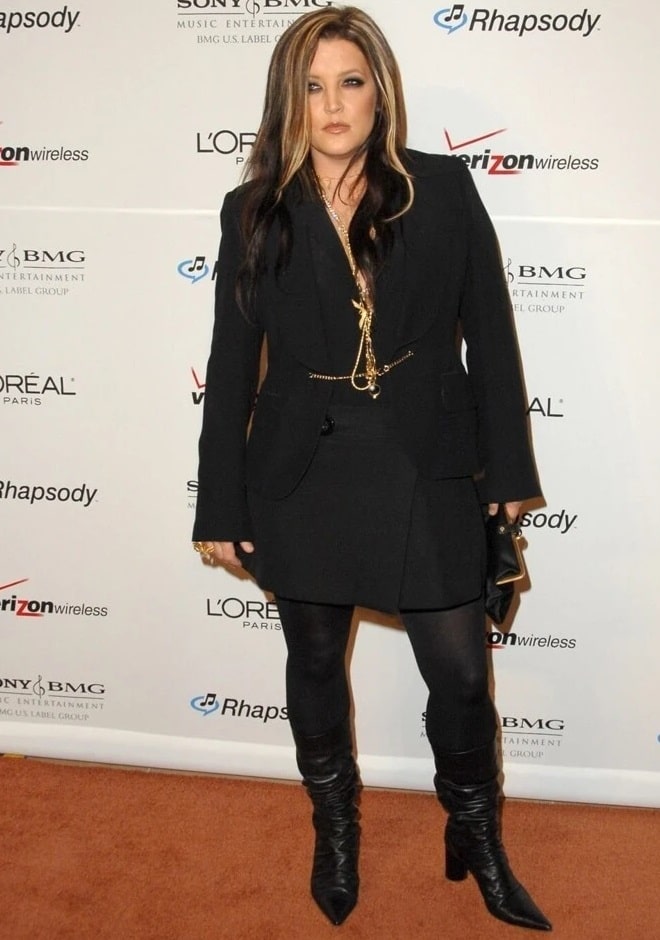 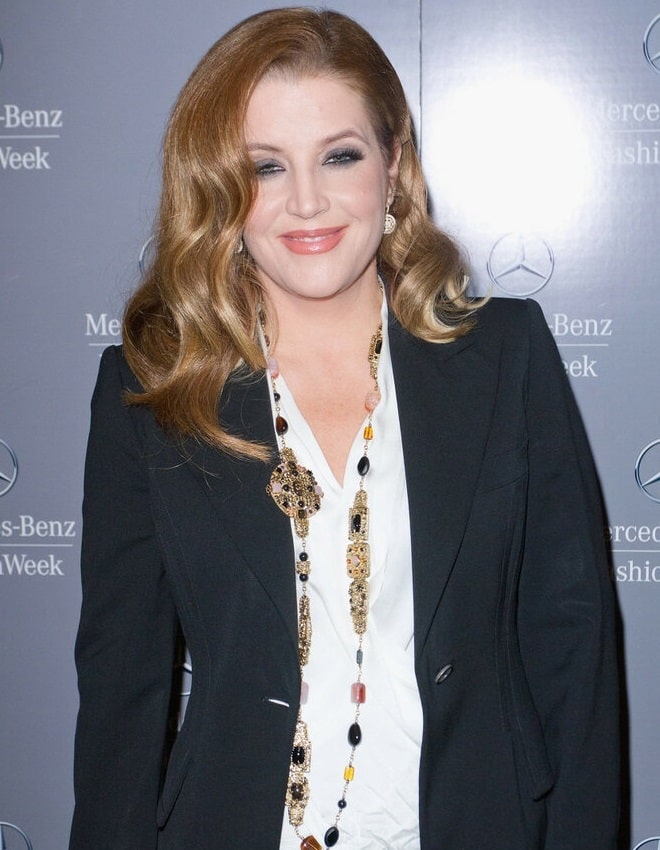 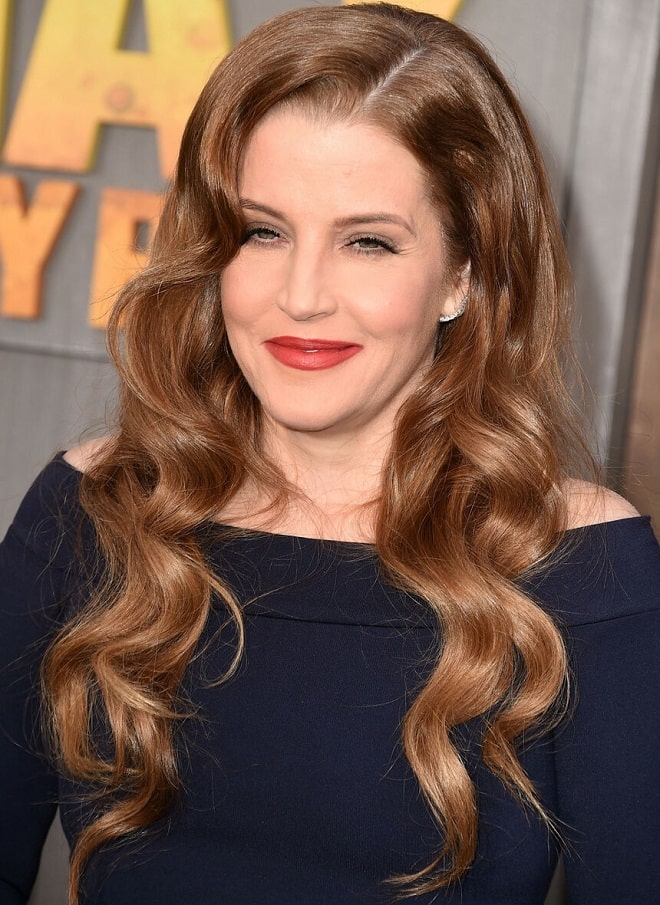 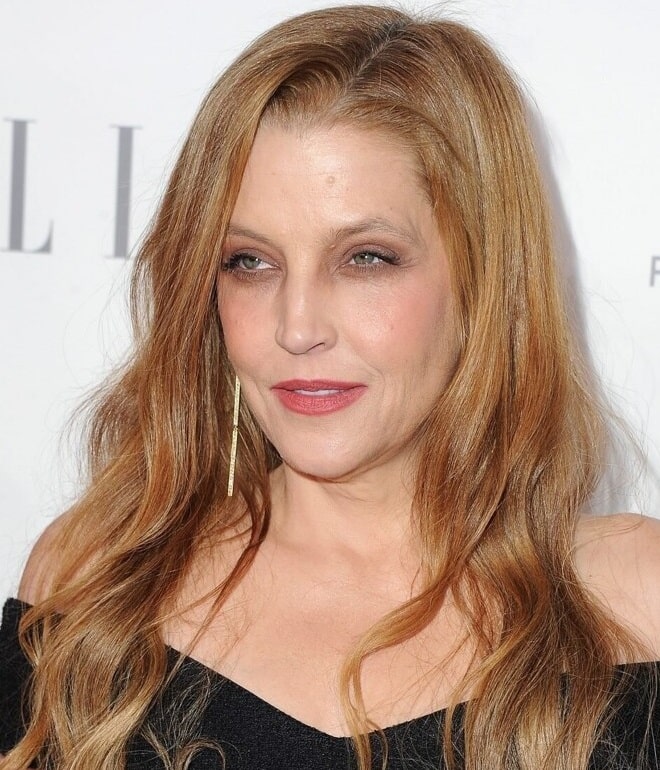 2 thoughts on “Lisa Marie Presley, Before and After”