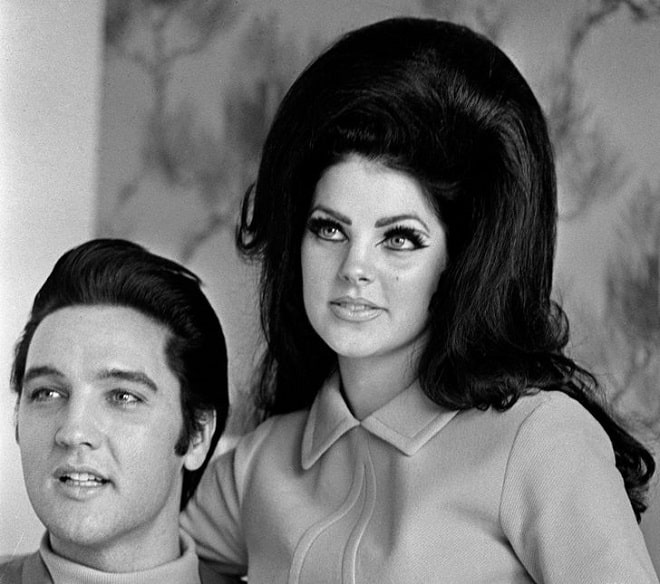 Priscilla Presley was the first and only wife of the king of rock and roll. In him, she saw the object of both great love and burning hatred. “All the good in me is due to Elvis, all the bad is also,” Priscilla still repeats.

Priscilla in her youth

At the time of the fateful meeting, Priscilla was only 14 years old. The girl lived in Wiesbaden, in Germany. One day, a friend of Curry Grant approached her and offered to arrange a meeting with the king of rock and roll. Presley then lived forty minutes from Wiesbaden, at a base in Bad Nauheim. 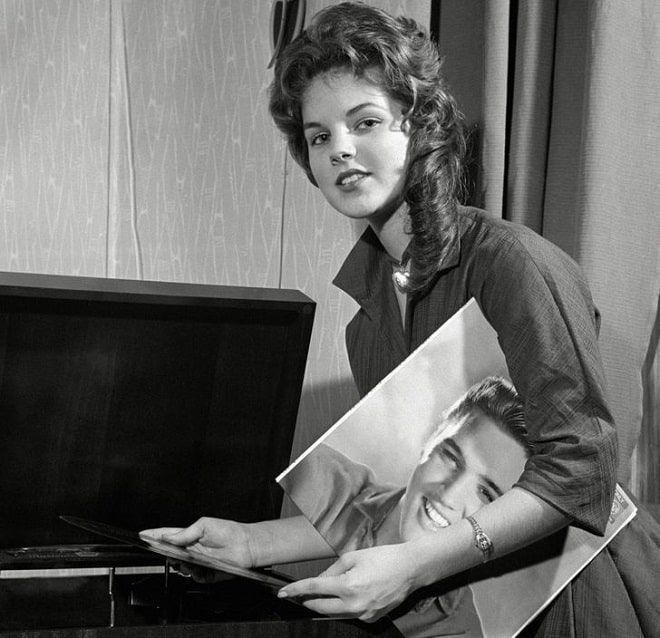 In September 1959, the girl and her friends went there. She was nervous and laconic on the road, but when she saw the musician, she blossomed.

“I noticed that the more I ignored him, the more he sang just for me. I couldn’t even think that the famous Presley was flirting with me and trying to leave a good impression,” Priscilla later recalled.

Then Priscilla and Elvis began spending a lot of time together. The king of rock and roll invited the girl on a date every evening, and she was fascinated.

After Elvis returned to the USA they often called each other, exchanged parcels.

Soon the singer called Priscilla to his Memphis. The girl came to the USA at the age of 17.

At the airport, Elvis met his beloved in a luxury limousine and with an armful of scarlet roses.

“I’ll show you my world,” Elvis said with a sly smile on the way to the hotel.

He kept his promise. Priscilla visited the most expensive nightclubs, the sea, luxury boutiques, and the most fashionable restaurants. In the world of Elvis, everything seemed beautiful and sparkling, as if he was made of crystal. The singer bought her everything she wanted.

The next time she visited for Christmas. The singer gave Priscilla a puppy, a ring, and offered to move in with him and to graduate from school in Memphis. 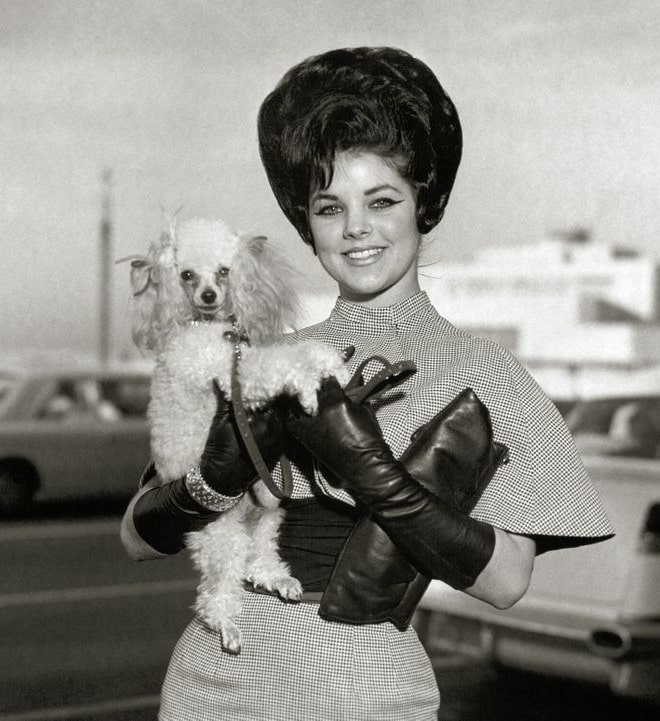 Priscilla moved to America and settled in Graceland – the singer’s posh estate.

On Christmas Eve, 1966, the musician proposed. Elvis presented his beloved with a beautiful diamond ring, and she agreed.

The family life of Priscilla and Elvis Presley

The lavish wedding took place in Las Vegas, at the Aladdin Hotel. The groom dressed up in a tuxedo, sewn by a famous fashion designer especially for the celebration for several thousand dollars. And the bride wore a dress with pearls, chosen by her mother in the wedding salon. After the ceremony, the newlyweds left for the Bahamas. 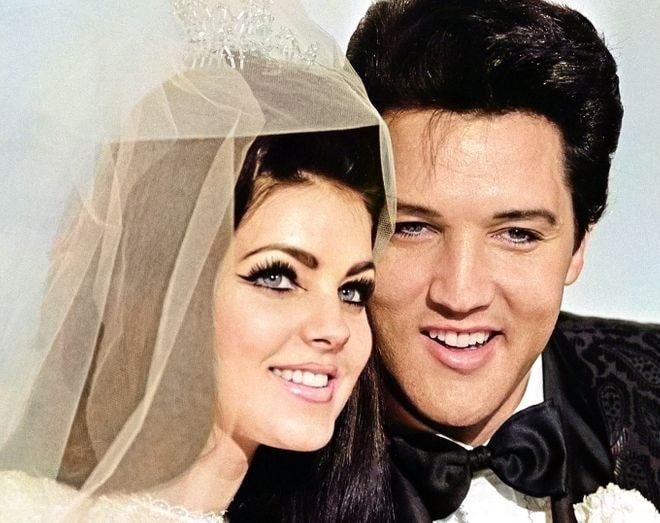 Returning to Graceland, Priscilla discovered that she was pregnant.

During pregnancy, Priscilla Presley was especially careful about her appearance. Her husband told her more than once that the king’s wife should correspond to his status. Several times a day, she smeared her stomach with expensive stretch marks creams, went to a masseur and cosmetologist, and made face masks. 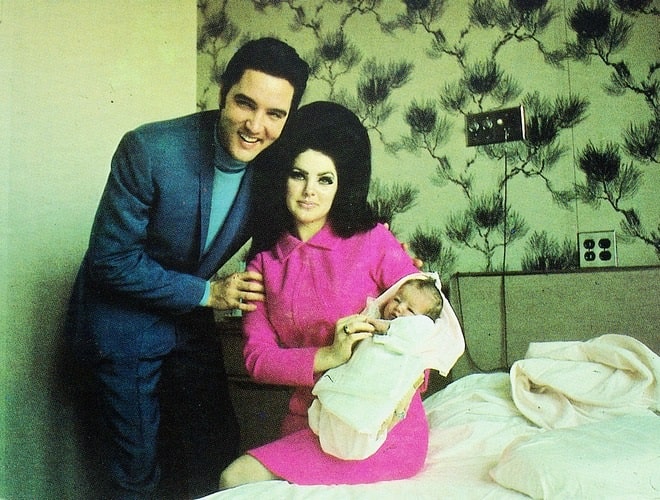 After giving birth, she changed different diets for a long time, exhausted herself with gymnastics developed by a coach. At the same time, Priscilla had liposuction and the first plastic surgery on her nose and chin.

She did all this under the influence of her husband. He considered plastic surgery to be one of the brilliant achievements of mankind and more than once resorted to the services of surgeons. Elvis performed his first surgery in the late 50s in Hollywood, at the Beverly Hills Clinic – he changed the shape of his nose. A little later, he made veneers on his teeth, and in the mid-70s, he did lifting eyelids and facelift four times.

After the birth of Lisa Maria’s daughter, Elvis began to look at his wife in a different way.

“He would come home after midnight, when I was already asleep, and go to bed in another bedroom,” Priscilla wrote much later in her book Elvis and Me. – When I asked: “Don’t you want me anymore?” he replied, “It’s okay, baby! What makes you think that? I just didn’t want to disturb you.” Later, I learned from his friends that Elvis had such a neurosis: not to have sex with a woman who gave birth. It seemed to him that he was sleeping with his dead mother, about whose loss he had been worried, it seems all his adult life. 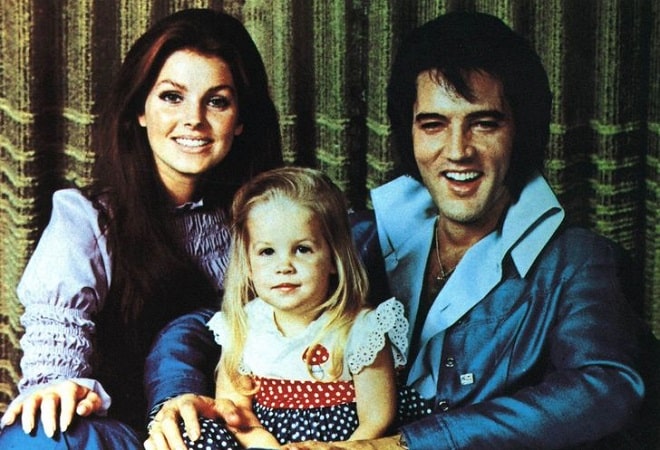 Scandals began in the family. Priscilla plunged into her complexes, of which there were plenty, and Elvis plunged even deeper into the world of drugs. Under their influence, he became unbearable, and his amusements were increasingly insane.

Priscilla was tired of enduring her husband’s unpredictable behavior and his coldness towards her and took a lover. Oddly enough, she continued to love Elvis. After making several attempts to return her husband to a normal life, the woman gave up. She realized that there was no way back, and filed for divorce.

Priscilla Presley before and after plastic surgery

After parting with the legendary musician, Priscilla decided to devote her life to her daughter and take care of herself. To begin with, she did several plastic surgeries on her face. Then she did a boob job, a tummy tuck, hip, and buttock correction. And also she cut off the long thick hair that Elvis liked so much, and dyed her hair blonde. 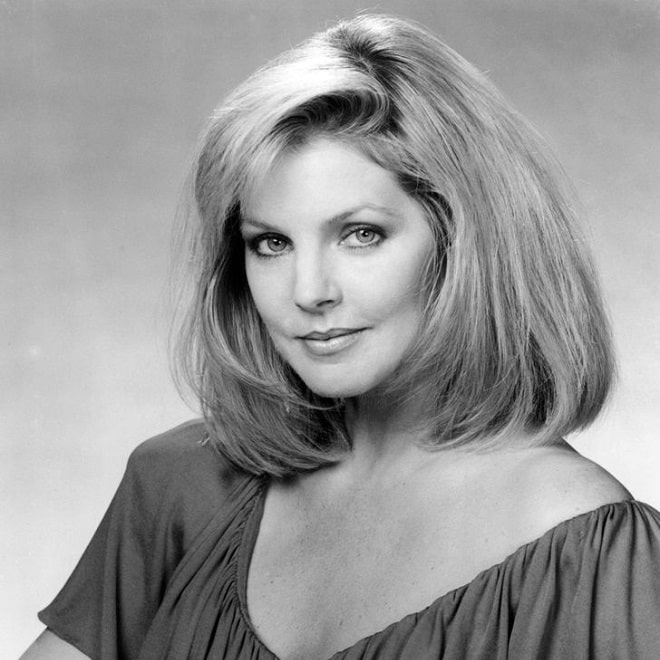 The beautiful fresh face began to fade and get covered with wrinkles. Looking in the mirror in the morning, Priscilla often made plans for another visit to plastic surgeons. This was repeated more and more often.

She was not stopped even by the advice of specialists not to resort to plastic surgery so often. As a result, the facial muscles, unable to withstand constant surgical intervention, stopped contracting, frozen in a constant grimace, which doctors call “Cupid’s bow”.

The situation was further complicated by the fact that a few years before Priscilla had an operation with a surgeon Daniel Serrano, who used illegal industrial silicone, which is used in the automotive industry. At first, the patient’s face became perfect, and after a couple of months, hollows appeared on it, balls formed under the skin, and overall well-being worsened.

After the operation at the doctor’s Serrano, Priscilla had to undergo seven more surgeries to correct her appearance. Now up close, she looks like a wax, not a very well-molded doll.

“I’m giving up on plastic surgery for now”, – Priscilla Presley recently confessed to the famous American publication. Of course, I want to be young and beautiful, but there are disadvantages to everything. I felt them on myself in full. To be honest, an attractive facade is not all that is needed for happiness. I know many women who are not distinguished by their good looks, but they have everything in order both in their personal life and in their careers. My face has brought me a lot of trouble. Although… I was really happy, too. 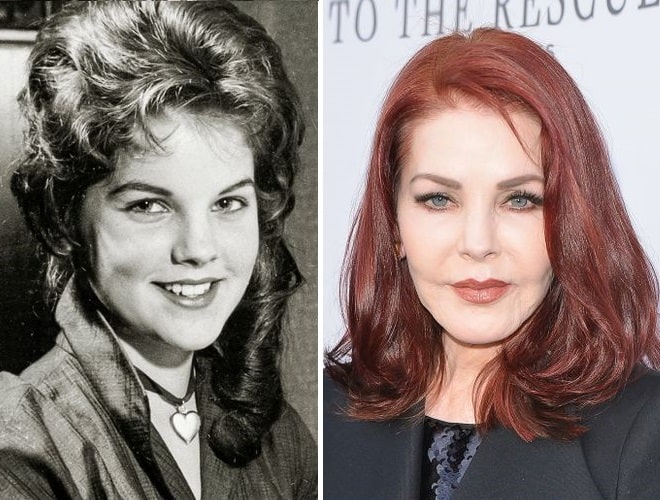