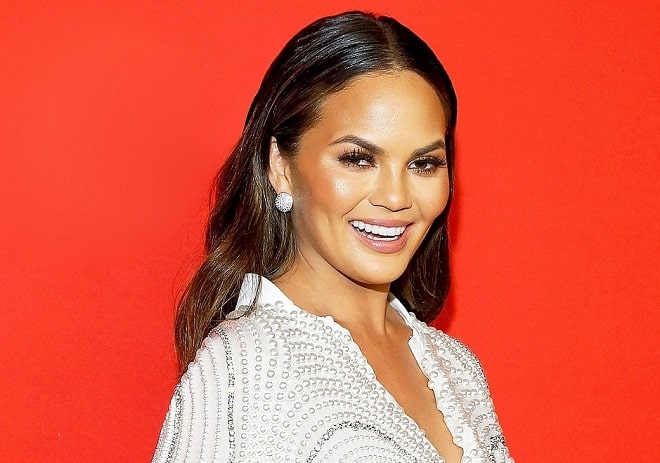 Model, wife of singer John Legend and mother of two children, Chrissy Teigen is not afraid to look not perfect and encourages fans to accept the body as it was created by nature. But the girl was not always so confident. She admitted that she considered her appearance far from ideal and visited a plastic surgeon.

Before she was famous, the girl dreamed of connecting her life with haute cuisine and becoming a chef. But at the age of 18, she met a photographer in a surf shop. The man suggested that Chrissy shoot for the fashion industry and she agreed. 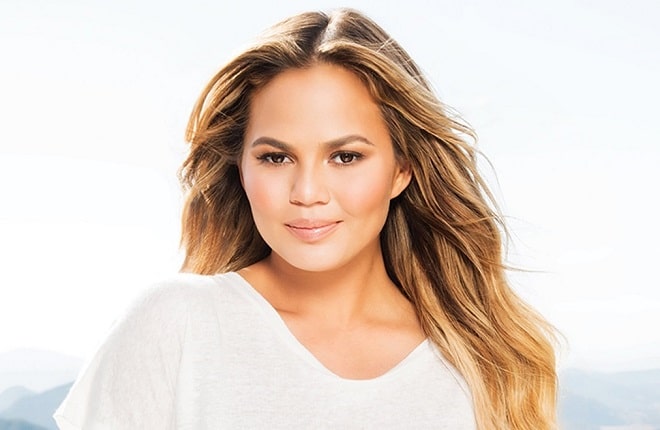 Fame came to the model after the publication in the Sports Illustrated Swimsuit Issue. Chrissy soon collaborated with Maxim magazine and Rock & Republic, Nike, Victoria’s Secret.

The girl met her future husband and father of children John Legend on the set of the video. 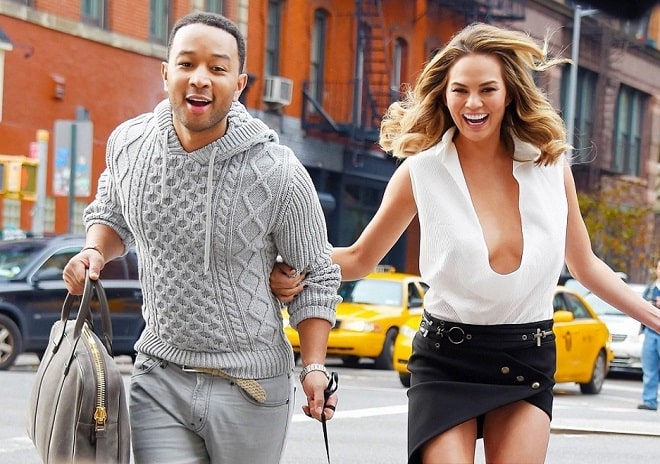 On the way to fame, there were not only ups but also downs. Once, because of a non-standard figure, the girl was not allowed to work: after the test shots, she was asked to leave the set and measure her parameters. Chrissy still remembers this incident with horror and considers it egregious.

Chrissy Teigen confirmed the guesses of the public and frankly spoke about plastic surgery. The celebrity boldly stated that all of her face, except for her cheeks, is fake. The girl pointed to the areas that had undergone the transformation: cheekbones, nose, forehead, lips, eyebrows and teeth. 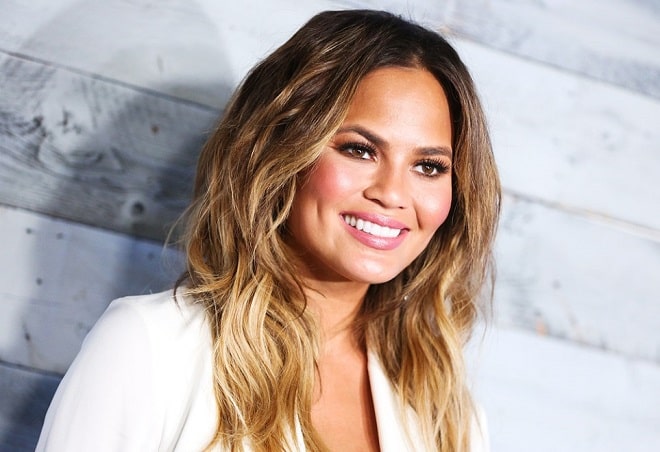 For her bright appearance, Chrissy thanks her father with Norwegian roots and her mother, who was born in Thailand. But even the global recognition did not get rid of the complexes.

First, the model did a rhinoplasty: a plastic surgeon corrected the wide bridge of the nose and the wide tip of the nose. 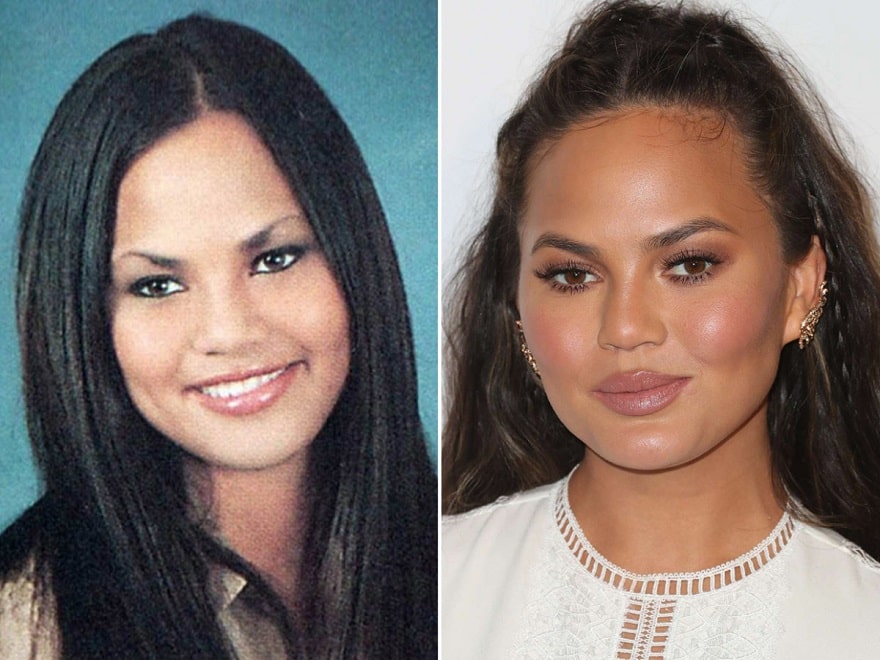 Chrissy Teigen changed the face shape with contour plastics. After visiting the clinic of aesthetic medicine, the cheekbones became more prominent. Fans are interested in the question: that the doctor used fillers or cheek implants? 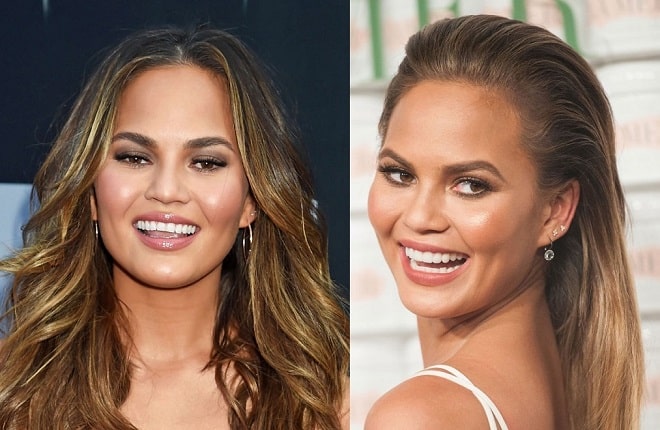 To correct facial wrinkles, the model uses Botox in the forehead area. Chrissy has increased lip volume with hyaluronic acid injections. And to make the smile look more effective, she installed white veneers. 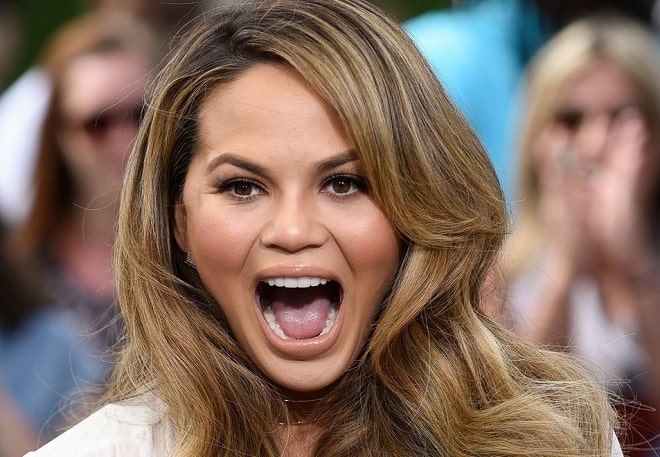 The girl changed her hair color several times from a light shade to a more natural dark one, experimented with makeup and increased her eyelashes. The star says that she has very fair skin and uses a spray tan to get a bronze shade.

In addition, the model did liposuction of the axillary area. According to her, it was the most optional operation, but it gave her confidence. 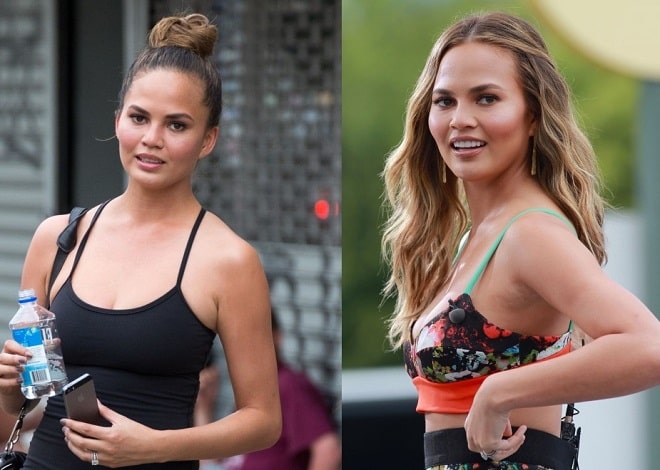 In 2020, she decided to shrink her tits and had her breast implants removed.

However, plastic surgery did not save the girl from the complexes associated with appearance. In an interview, Chrissy Teigen has repeatedly mentioned that she would like to look perfect, as in the frames from photoshoots, and at the same time accept herself as she is.

In self-love, Chrissy makes great strides and inspires millions of women around the world. The mother of two children shows off her figure on Instagram, which has changed after giving birth and does not hide the folds and excess weight.

She accepts stretch marks as part of her body, so she doesn’t resort to laser resurfacing and other correction methods. According to the model, many social media users are obsessed with filters and perfect photos, so they began to forget what normal bodies of ordinary people look like.

Chrissy Teigen shares with her followers pictures and videos taken while breastfeeding her baby. Some followers consider such frankness unnecessary. But the star says that as a mother, she just does her job.

Most of the fans support the star and leave enthusiastic comments and thanks for the reminder of the imperfection of the body.

According to Chrissy, she refused to retouch not for the approval of fans, but because she likes her figure. And photographers and editors of glossy magazines, who are still ready for fruitful cooperation, agree with her.