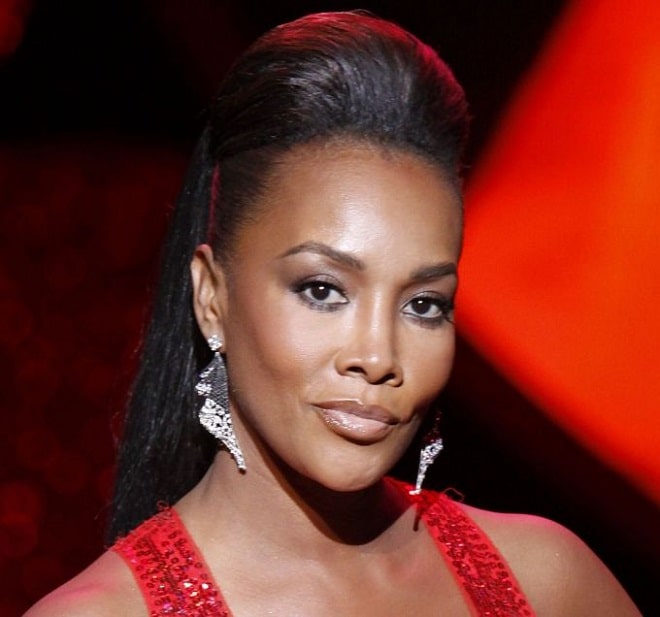 The famous actress Vivica Fox has always been considered a real beauty and regularly got into the lists of the “sexiest in the world”. That’s just the shape of the girl’s breasts did not suit. But it would be better if she didn’t do breast augmentation surgery. Now she is known more as “that actress with ugly breasts”. 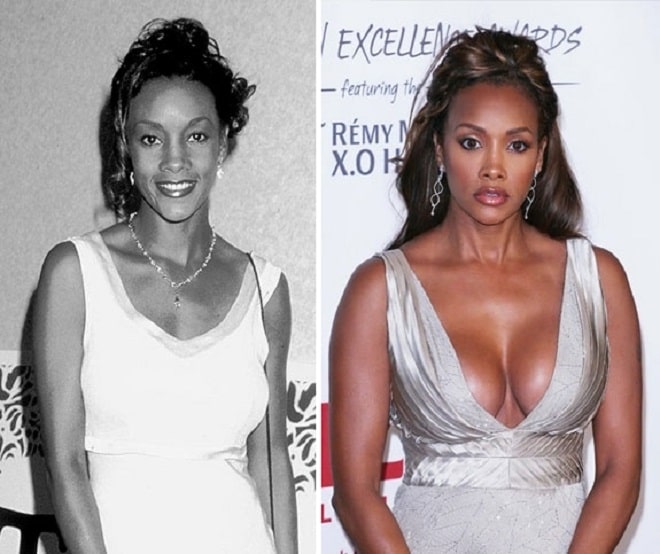 Vivica Fox said that plastic surgery is real shit, and now she doesn’t set foot in the clinic. Although she had already done everything that could be done. Vivica Fox underwent breast augmentation surgery, nose job, injections of fillers into lips and cheekbones, botox injections. 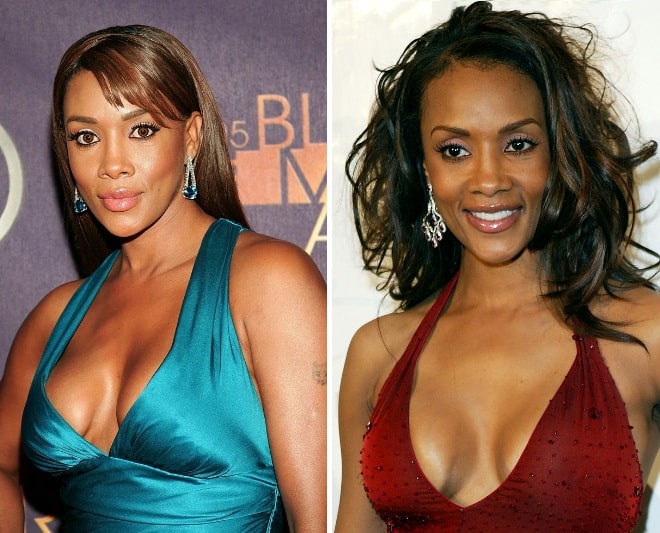 And she also got on the lists of victims of plastic surgery. 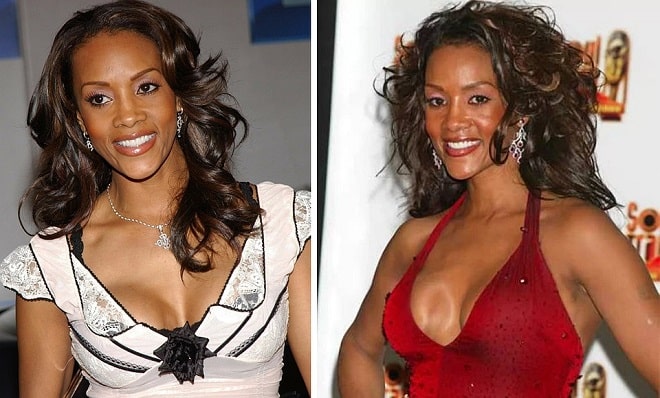 Strange changes have occurred with Vivica Fox’s breasts after a boob job. The actress, known to the audience for the movie “Kill Bill”, is an extremely self-confident person. Few people will dare to dress up in such a revealing outfit, knowing about their obvious problems with boobs. When breast implants so shamelessly require replacement, it’s worth thinking about more closed dresses. 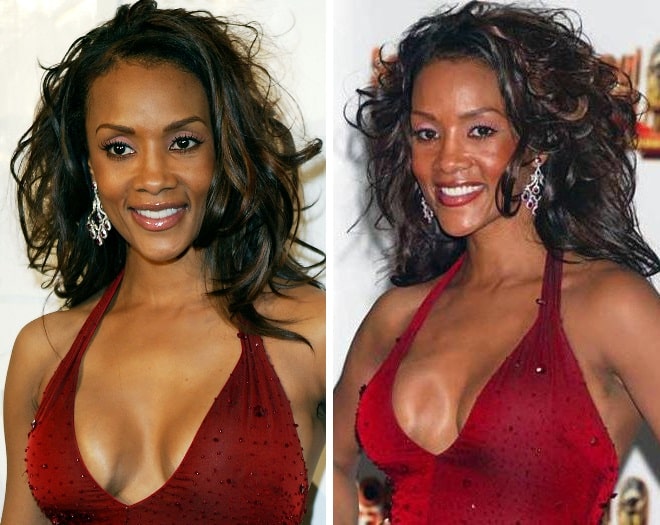 Her problems are unsightly irregularities around the implant, which doctors call capsular contracture. When a foreign body enters the body, scar tissue, a capsule, forms around it. And if something goes wrong (the surgeon makes a mistake, the patient does not follow the instructions, the body does not react as expected), this shell can begin to condense and contract. The capsule presses on the implant and deforms it. In this case, doctors advise to completely redo all the work of the surgeon, remove the deformed implant, remove the formed scar tissue and form an artificial breast anew.