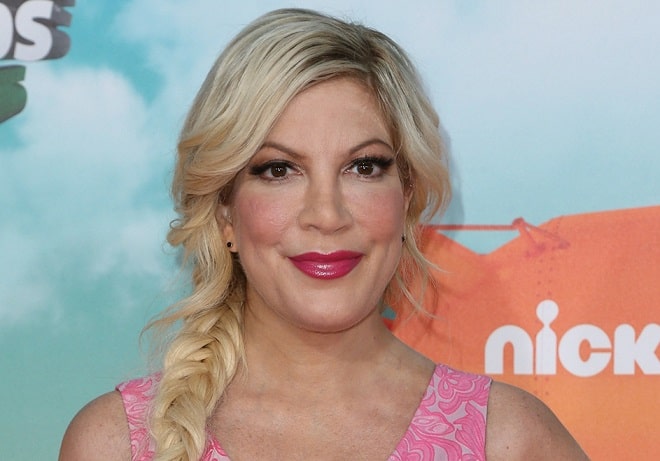 Everyone who watched the TV series “Beverly Hills, 90210” in the 90s, probably remembers the blonde Donna Martin, played by Tori Spelling, the daughter of the producer of the series Aaron Spelling.

Tori Spelling in her youth and now

Tory’s full name is Victoria Davey. Tori was born on May 16, 1973, in Los Angeles. Her dad, Aaron Spelling, was a famous producer and director. Mom, Candy Spelling is a writer and theater producer. 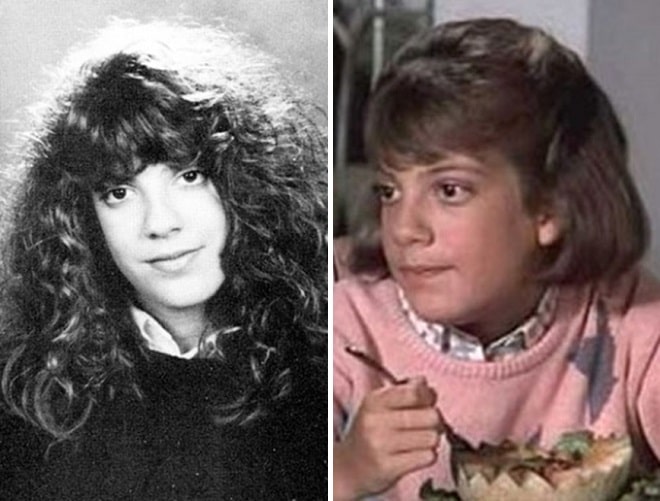 Tori has a brother Randy, who is 8 years younger than her. 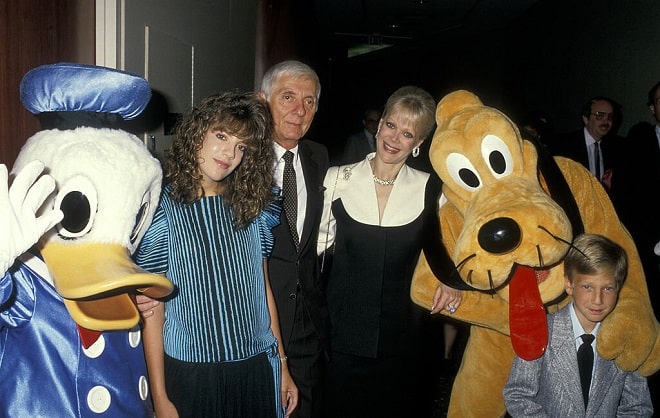 Aaron Spelling was a very wealthy man. He even got into the Guinness Book of Records as the “owner of the largest house in the world” In his house, there were as many as 123 rooms. In 2011, the house was sold for $ 150 million.

After the series closed, Tori tried to become an actress and starred in episodes of the films. But still, the series “Beverly Hills, 90210” was her ceiling. In the series, she initially did not play the main role and her presence on the screen was mostly silent.

But then the girl was entrusted with more difficult storylines for her, with which she coped and played her role until the closure of the series in 2000.

“I grew up in a family so rich that it’s hard to imagine. I didn’t know any other life. Even when I tried to lead a more modest life, I couldn’t give up expensive habits.”

According to Tori, she did not realize as a child that she was living in an unusual way until she began acting in the series. 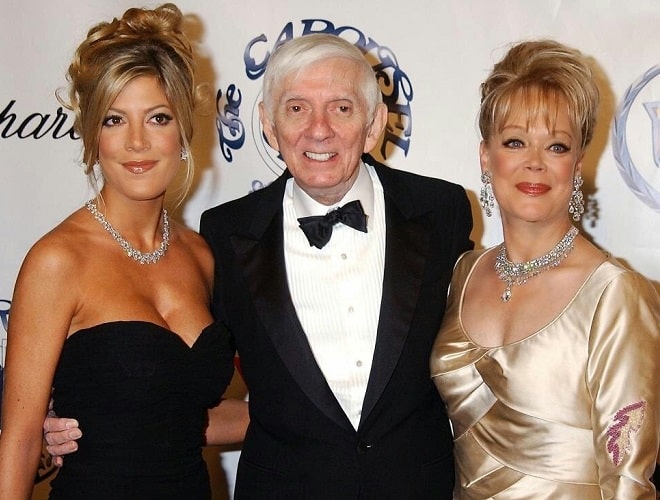 The father died in 2006 and left a will, according to which his entire fortune ($ 500 million) passed to his wife, and he left some $ 800,000 to each of his children. It is not known for certain, but there is an opinion that Aaron decided that the children would immediately spend all the money and go bankrupt.

In 2004, Tori married director Charlie Sherinian. Their marriage lasted 2 years. In 2006, they divorced after photos of Tori with actor Dean McDermott appeared in the press.

In the same 2006 Tori married Dean, it happened shortly before the death of her father. The couple did not arrange a magnificent celebration and on this day they were just the two of them.

In 2007, Tori and her husband bought the Chateau La Rue hotel in California, and subsequently starred in a reality show “Tori and Dean”. The show was shown for 5 years until 2012. But it wasn’t a non-stop filming of their lives. They just showed individual moments from their lives: parties, birthdays, travel, etc. 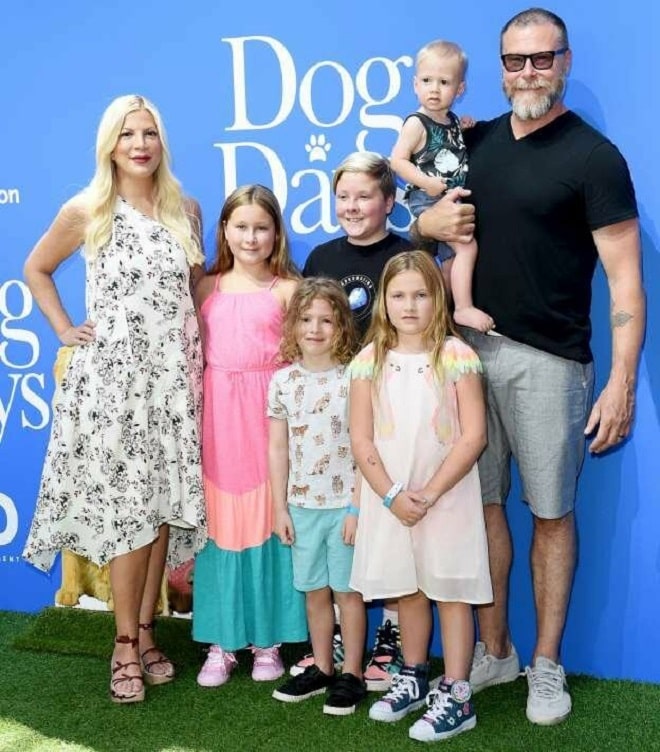 Now Spelling rarely appears at social events. She mainly writes memoirs and is engaged in the upbringing of her five children.

Tori, like many rich heiresses of Hollywood, began to get interested in plastic surgery from her youth. Her first operation was a nose job. After rhinoplasty, the actress’s nose became asymmetrical and aesthetically unattractive. 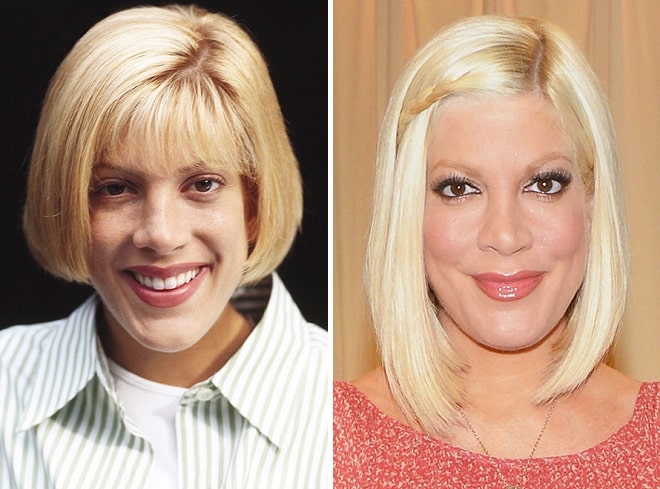 Tori Spelling had breast augmentation surgery. Here we observe a natural result of a version of a simplified approach to breast augmentation with the installation of breast implants. The result of such an operation even in 2005 looked very peculiar. The form was not very successful. After just two years, the breasts stretched and changed shape, becoming like a “ball in a sock”. 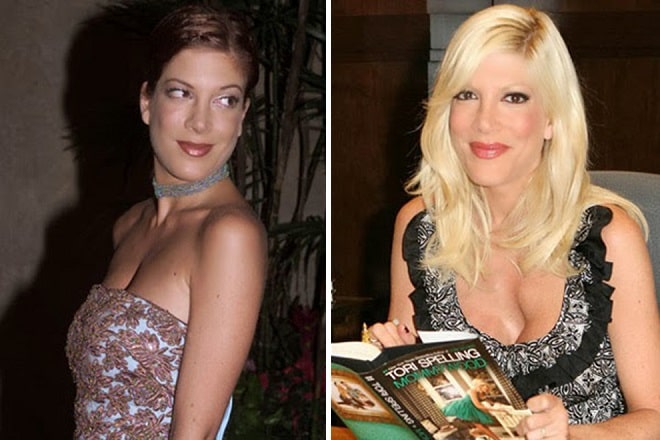 Spelling has never hidden that she did a boob job. But she was dissatisfied with the result of the operation. In addition to the physical discomfort, Tori had problems with breastfeeding. This was the last argument in favor of removing the implants. 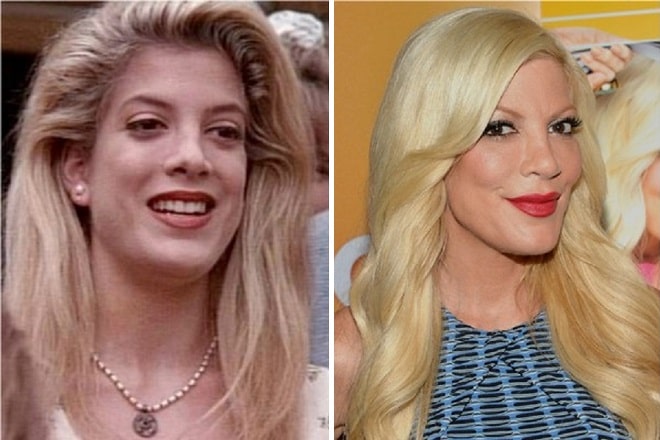 In addition, Spelling had surgery to correct her cheekbones and chin. 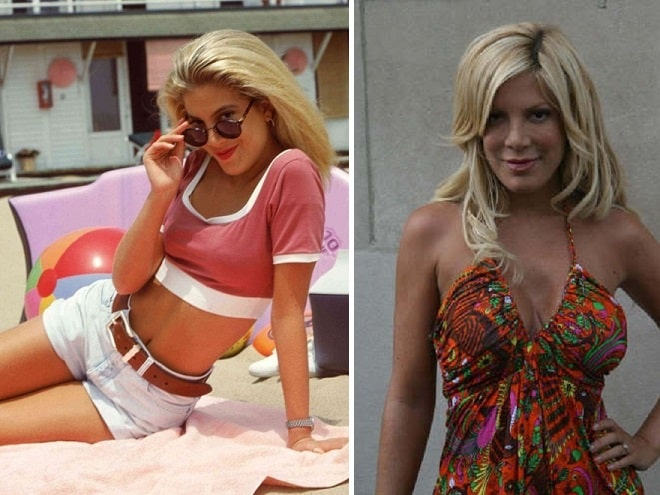 The actress has gone through a huge number of plastic surgeries in her life. Not all of them can be considered successful. 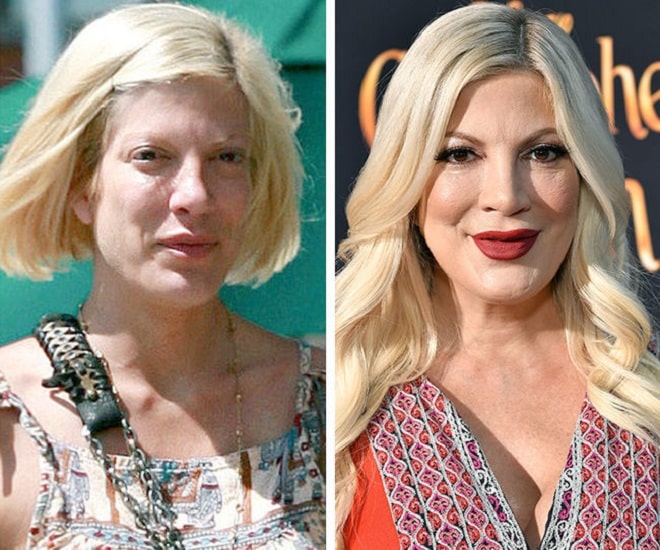 Tori Spelling’s appearance was not perfect, but it was the unconventionality of the actress that could become her feature. But Tori decided to enlarge her breasts and have a rhinoplasty. The result was not the most successful. 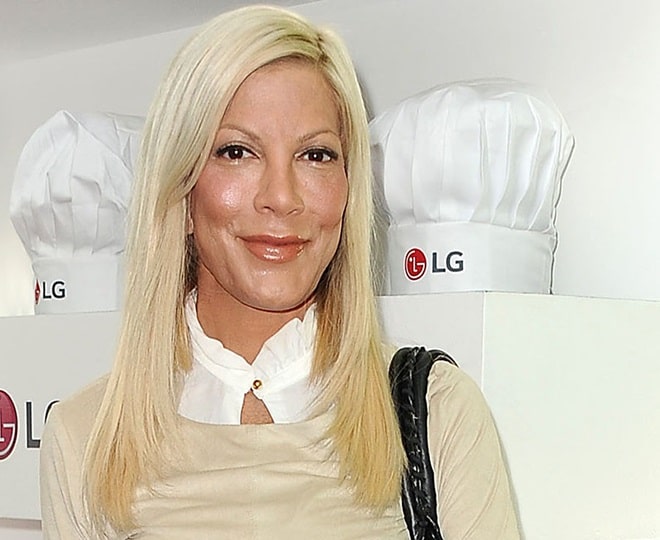 An asymmetrical nose and an accentuated breast defect have negatively affected her acting career, Tori is rarely offered roles, but this does not prevent her from remaining a happy wife and mother.