Fame does not always come to actors at a young age. An example of this is the American movie star Susan Sarandon, who became famous only after her fortieth birthday. Well-groomed and attractive at this age greatly influenced the surge of interest of directors in her personality. However, even after 70, she has retained the charm of youth, a beautiful appearance and serves as an example for millions of women.

Susan Sarandon in her youth and now

The talented actress became famous after the role of the beautiful Sally in the movie “Atlantic City”. The unsurpassed transformation of the actress was appreciated not only by the audience, but also by critics, and in 1982 she was awarded the Oscar. 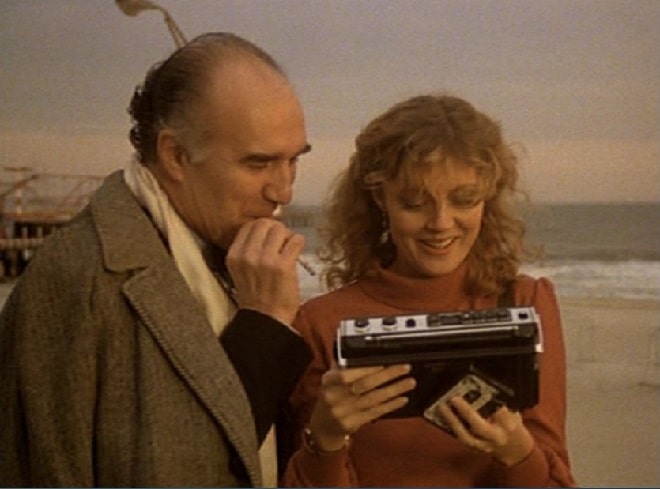 The real recognition for the red-haired actress came after the thriller “The Witches of Eastwick” and the comedy “Bull Durham”. Soon, photos of Susan Sarandon were on the covers of trendy glossy magazines.

Irish and Italian roots added a feature to the appearance of the actress and allowed her to stand out among the monotonous Hollywood faces.

Susan Sarandon in her youth quickly got married. The marriage with her first husband broke up after 12 years, but Susan left her husband’s last name.

In 1985, the actress gave birth to a daughter Eva from director Frank Amurri but later began to live with Tim Robbins. The film star was not afraid of unregistered relationships, considering them a kind of contract within which people can be happy.

In 2010, the actress had an affair with a business partner, Jonat Bricklin, with whom they opened a network of sports clubs together. However, after 5 years, their relationship ended.

In 2017, the talented actress was invited to film the TV series “Feud”, together with Jessica Lang. They made a wonderful duet and played irreconcilable rivals. 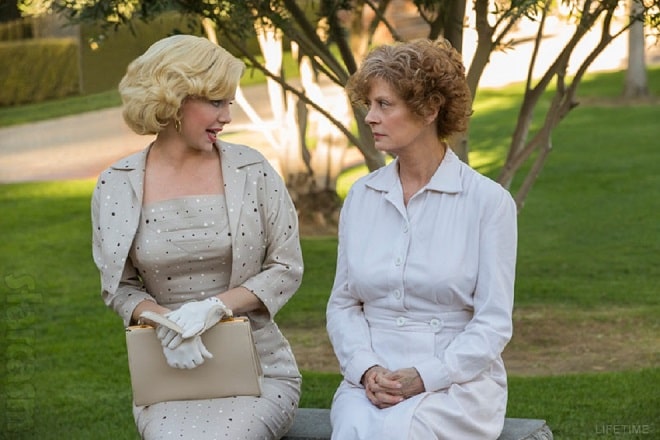 In 2019, before the premiere of the film “Blackbird” with her participation, the red-haired woman appeared on the cover of Vanity Fair magazine, to which she gave an interview. In addition to discussing the new film, the star shared her feelings about her own age. The actress admits that she does not feel it. She is still aware of herself as beautiful and desirable, wears dresses with an open neckline and opens back, and most importantly, she likes herself much more than 50 years ago. 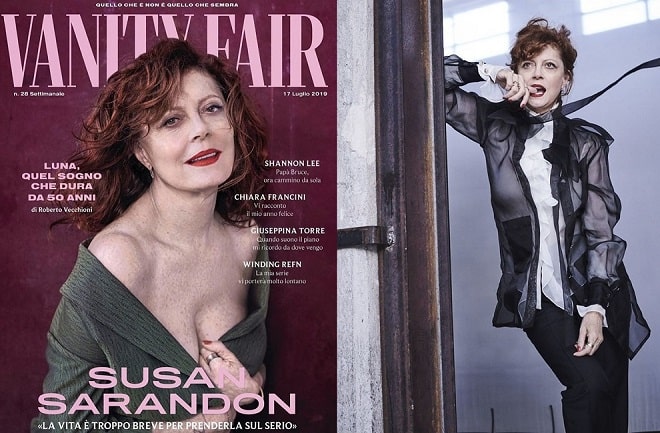 “From time to time I try to pacify my life, but life has much more imagination than I do. And sometimes it’s for the best when something happens by itself.”

Susan Sarandon recommends not to be afraid of plastic surgeons and to approach procedures wisely to preserve youth, take care of the skin and enjoy life!

According to the actress, beauty, carefully preserved by specialists in aesthetic medicine and cosmetology, gives her energy and interest in life.

Susan Sarandon did the boob job?

Looking at the photo of Susan in her youth and now, thoughts arise that she inserted herself breast implants. 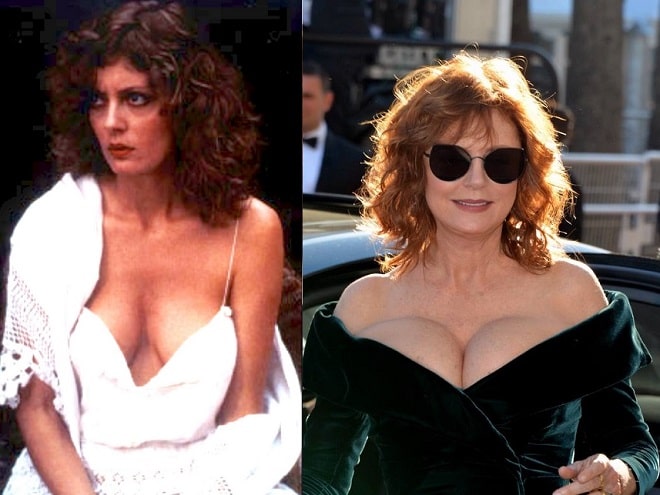 But experts refute assumptions that she has done breast augmentation. Without the support of a push-up, the actress’s boobs sag, and wherein are not visible the contours of the implants. 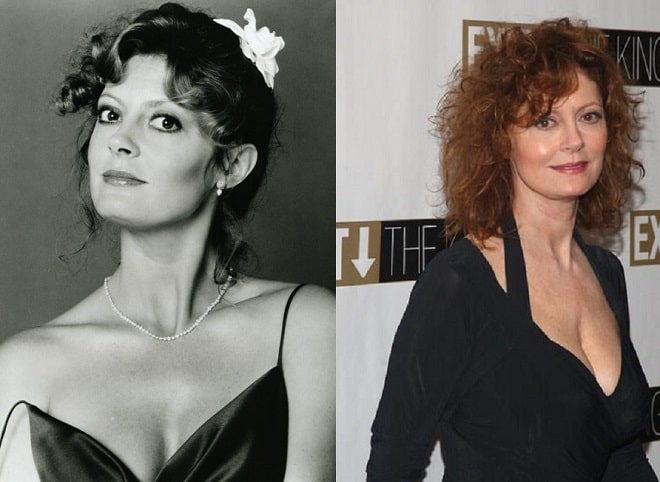 The film star did a facelift and neck lift, performed blepharoplasty. 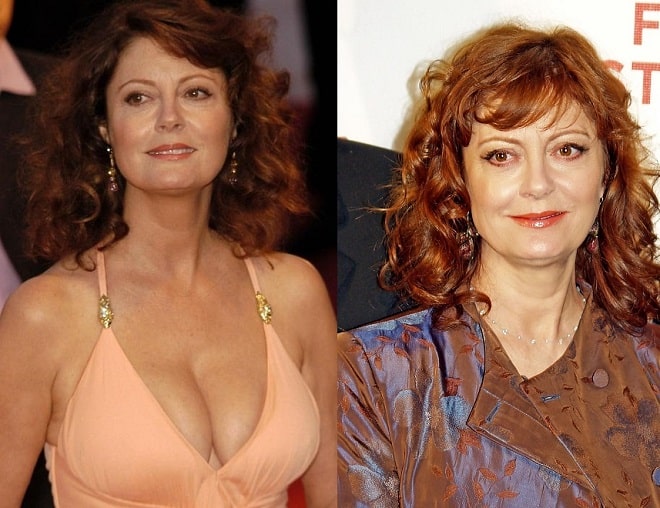 The actress denies using Botox. But in her youth, Susan Sarandon also had an extremely negative attitude to plastic surgery.