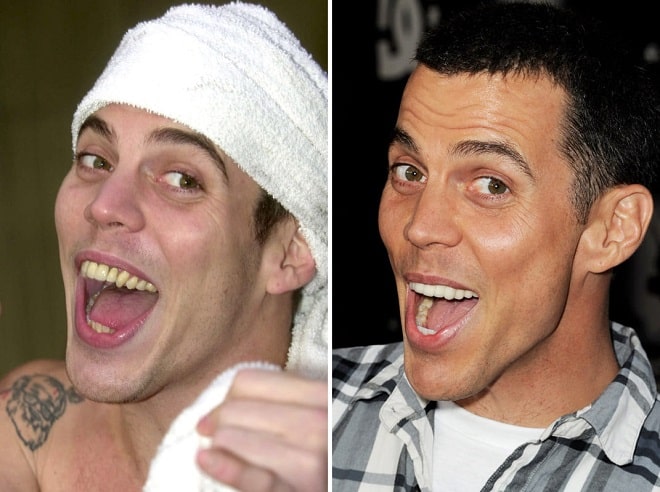 Actor Steve-O, who became famous thanks to the TV series “Jackass”, did not take care of his teeth for a long time. Rather, on the contrary, he repeatedly sacrificed them to shock others. In his youth, for example, Steve-O almost pulled out his tooth, seeking permission to leave the lesson in this way. And once, in an effort to impress his girlfriend, he tried to knock out his front teeth, deliberately hitting them on the asphalt.

In the early photos, Stephen Gilchrist Glover’s teeth can hardly be called attractive, rather crooked and suffering from a lack of basic care. If you add to this the regular harming of his own teeth for the sake of fame, you might think that Steve-O was completely indifferent to their beauty. However, in a published video on YouTube, the eccentric surprised the audience with an unexpected confession. It turned out that the actor was shy of his smile for many years.

The video caused a wave of comments from subscribers. Touched by the frankness of the star, they also shared their sad stories about dental problems. In response, Steve-O not only thanked all those who responded but also stressed the importance of using dental floss, as well as regular visits to professional hygiene procedures. In the video itself, the actor with obvious pleasure demonstrates a smile, put in the order with the help of crowns and veneers.