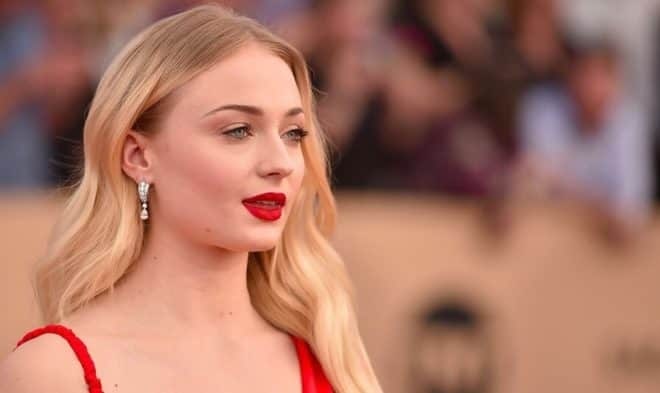 Sophie Turner is an English actress who gained popularity with her debut role in the TV series “Game of Thrones”.

Sophie Turner in her youth

The future star was born on February 21, 1996 in Northampton, Northamptonshire, United Kingdom. And Sophie became famous thanks to the role of Sansa Stark in the cult TV series “Game of Thrones”, which brought her several prestigious nominations.

Despite her popularity, Sophie is not afraid to talk about her complexes. So, in one of the interviews, she admitted that she is very critical of herself as an actress and even goes into another room when films with her participation are shown on TV. For a long time, the girl was embarrassed to walk on the red carpet and pose for photographers, and in adolescence even fell into depression because of her own appearance.

Some suggest that Sophie Turner had a nose job and had breast augmentation surgery. But if you compare Sophie’s photos, you can replace that her appearance has remained the same. Photos with an open neckline and lush breasts can most likely be explained by the correct angle and push-up bra.

However, if we evaluate the condition of the actress’s teeth, we cannot say that Sophie had any serious problems with them. Only their yellowish hue caught the eye. 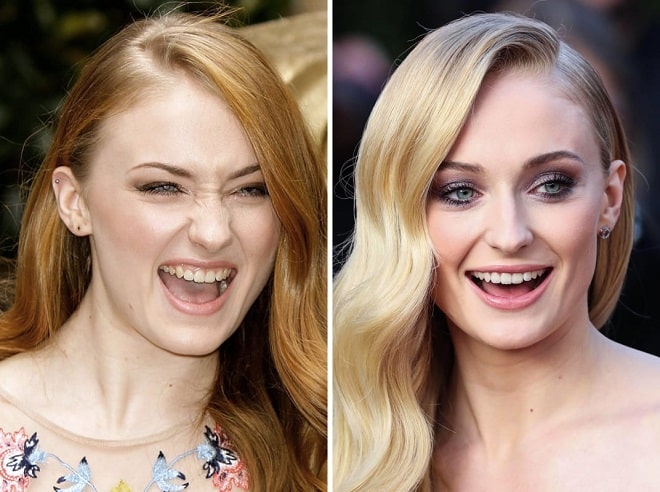 The actress dreams of playing Marilyn Monroe someday, who is known for her more than reverent attitude to the appearance of teeth. At one time, the famous blonde installed veneers and even wore a box with replacement plates in case of chips. Sophie hasn’t decided on veneers yet, but judging by the photos, she has done teeth whitening and now pleases her fans with a dazzling smile.