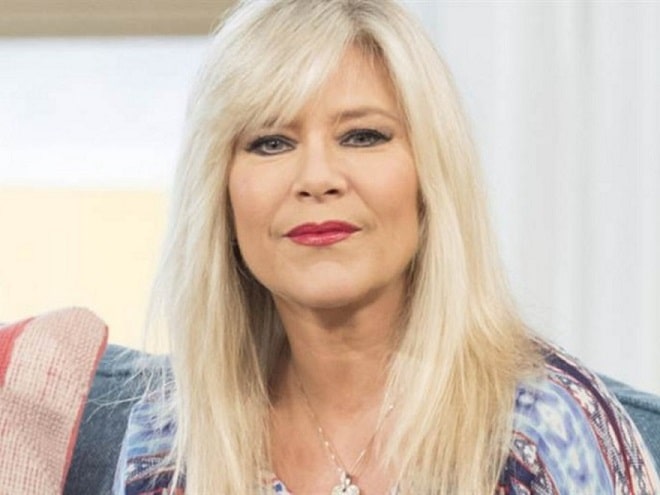 The name of the English pop star is especially well known to the older generation because the main peak of Samantha Fox’s career was in the 80-the 90s of the twentieth century. Moreover, the singer owes her popularity not only to her vocal data but also to her incredibly magnificent forms, thanks to which she managed to earn the title of a genuine sex symbol of the era.

The hype caused by the incredibly large bust of a young British woman was so strong that it allowed her to take pride of place in the top three most frequently photographed women in England, sharing this fate with Princess Diana and Margaret Thatcher herself.

Samantha Fox in her youth

The future British pop star was born on April 15, 1966, in London’s East End. Her parents were simple workers who traded at the local market from morning to evening. Not wanting their daughter to suffer the same fate, they hoped for her success by sending 3-year-old Samantha to the Sir Thomas More School. It was there that the girl first showed a craving for artistry, and already at the age of 5, she began to study acting professionally at the Anna Sher theater school.

In addition to lessons and participation in school productions, Samantha Fox was seriously attracted to a musical career. However, young Samantha was able to realize her cherished dream only in 1980, when she assembled her own rock band and became its main vocalist. A year later, she managed to record her first music record, however, she still did not become a recognized sales hit.

The real popularity came to Samantha in 1983 with the signing of her first modeling contract, which took place largely thanks to the efforts of her mother, Carol Fox. The woman took several pictures of her daughter, then sent them to a local newspaper that held a contest for aspiring models. Thus began a new creative stage in the girl’s life, during which she posed for many men’s magazines published throughout Britain more than once. In addition, she became a frequent guest on the spreads of the popular English newspaper “The Sun”, which made her personality recognizable throughout the country. 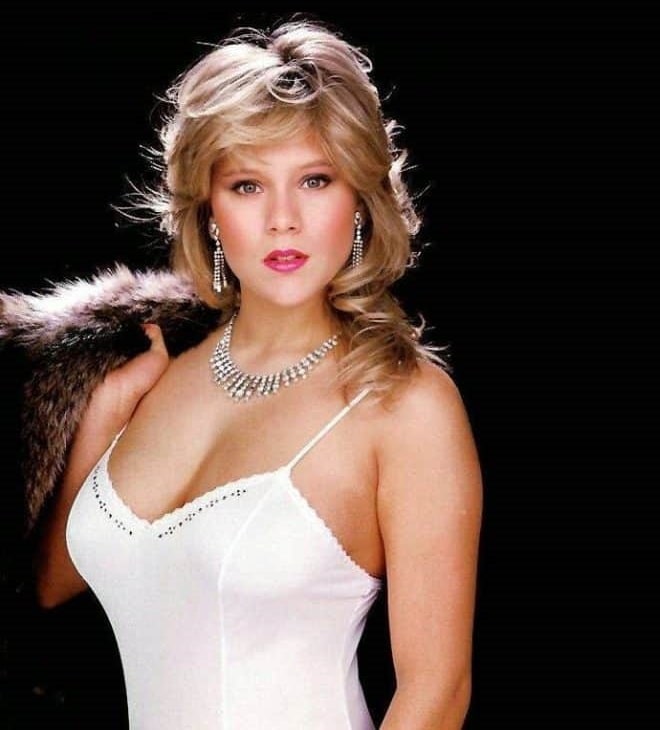 Fueling interest in her persona, Samantha Fox repeatedly shot topless, which almost instantly turned her into a sex symbol. Her big tits received special attention from the public. At a time when breast augmentation was not yet practiced, the natural forms of the young model especially excited the imagination of men. Later, Samantha Fox insured her boob for 250 thousand pounds.

Not wanting to stop there, the accomplished model rushes into the musical sphere and releases four of her solo albums in 6 years, in the period from 1985 to 1991. Despite the discontent of critics who considered Samantha Fox to be another Barbie doll who climbed the musical Olympus thanks to her appearance, her songs were warmly received by the general public.

In 1995, after a short break in her career, Samantha Fox, being the vocalist of the group “Sox”, took part in the qualifying competition for the right to represent Britain at the popular Eurovision Song Contest. The singer took only the 4th line according to the voting results.

Further attempts of the singer to resurrect her former glory, although they did not bring her much success, still managed to please her regular fans. Working in the style of European dance music, Samantha Fox recorded the club track “Santa Maria”, which was able to get into the top ten British hits of 1998. 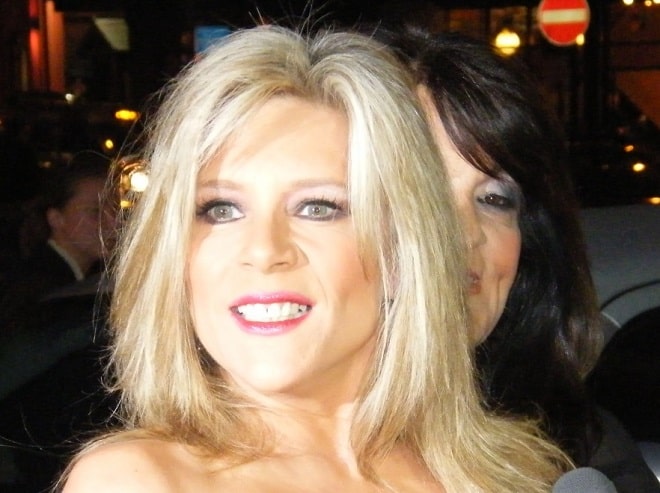 The next time the singer was able to remind herself of herself only in 2004, when, after a noticeable break, she gave out a remake of her own hit “Touch Me”, which in modern processing became even more dynamic and incendiary, rightfully arousing the admiration of dance music fans all over the world. 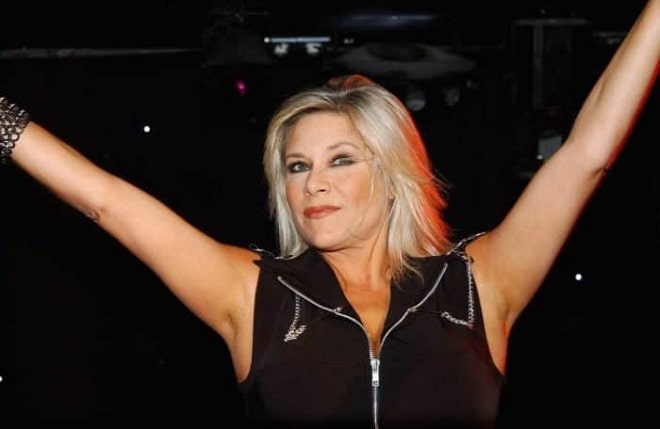 Samantha Fox recorded her last studio work titled “Angel with an Attitude” in the fall of 2005, focusing after that on various tours in support of her old hits such as “Do Ya Do Ya” and “Touch Me”. In August 2008, the singer participated in a large-scale concert of the stars of the 80s, where other pop icons of that time – Sabrina, Sandra, Thomas Anders — performed along with her.

In addition to performing on stage as a singer and model, Samantha Fox tried herself in the acting field. And although there were few offers of this kind, she managed to appear in films of various genres: the sports comedy “The Match”, where her partner was Pierce Brosnan, the crime thriller “It’s Been Real”, as well as in the Bollywood musical “Rock Dancer”, an invitation to which the singer received thanks to her incredible popularity in India.

Samantha Fox dated Australian Peter Forster for a long time (from 1986 to 1994). The couple was going to get married, but the solemn event was not destined to come true due to the tragic death of their adopted son, who received alcohol poisoning.

In the late 90s, rumors about the singer’s bisexual orientation leaked to the media after she acted as one of the jury members at a beauty contest for lesbians. Samantha Fox was suspected of having an affair with her personal assistant manager Cris Bonacci. 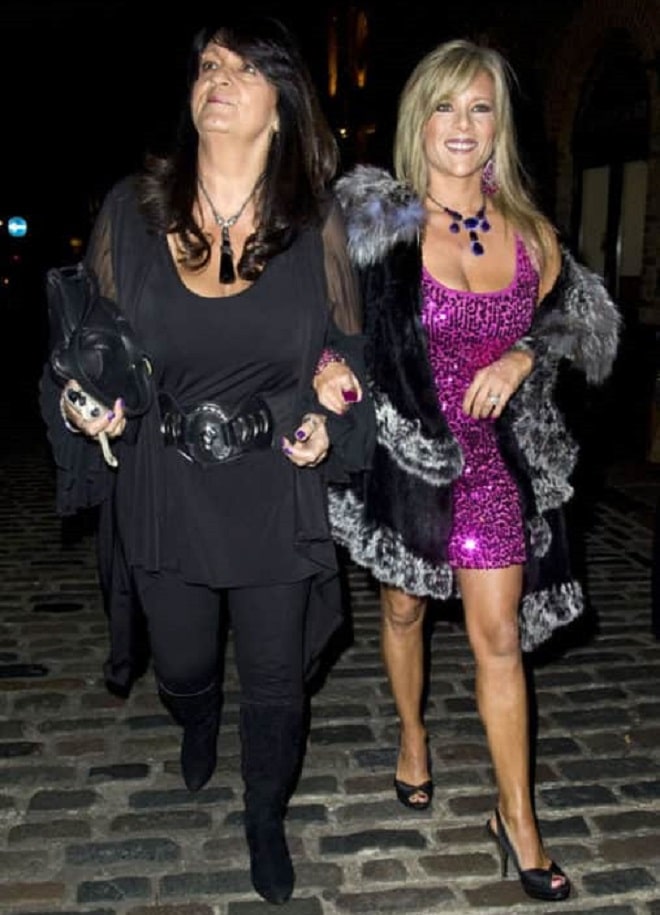 However, for the first time, the pop diva was able to admit to the whole world about her bisexuality only in 2003, openly declaring warm feelings for singer Mira Stratton. Women could even legalize their marriage, but another tragedy in the life of Samantha Fox did not allow this to happen. In 2015, her chosen one died of oncology after spending two years in a difficult struggle with the disease. Samantha Fox could not recover for a long time, having lost a loved one with whom she had lived for about 16 years. However, judging by the latest media reports, the British singer still managed to find her soulmate, although the name of her new passion has not yet been disclosed.

Did Samantha Fox have plastic surgery?

Samantha Fox is a famous British model, singer, and actress who conquered the hearts of millions of fans far beyond England in the 80s. A buxom blonde with a cute face was incredibly successful, but by the end of the century, her fame had faded noticeably. 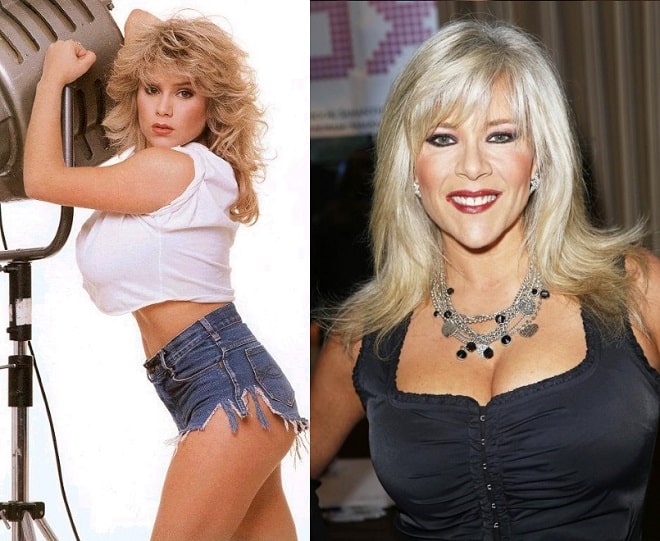 The incredible popularity of Samantha Fox in her youth pushed her to constant self-care. Plastic surgeons believe that the former model supports good natural data with the help of aesthetic medicine. The toned oval of the face and pointed chin, uncharacteristic for her age, indicate a possible facelift. 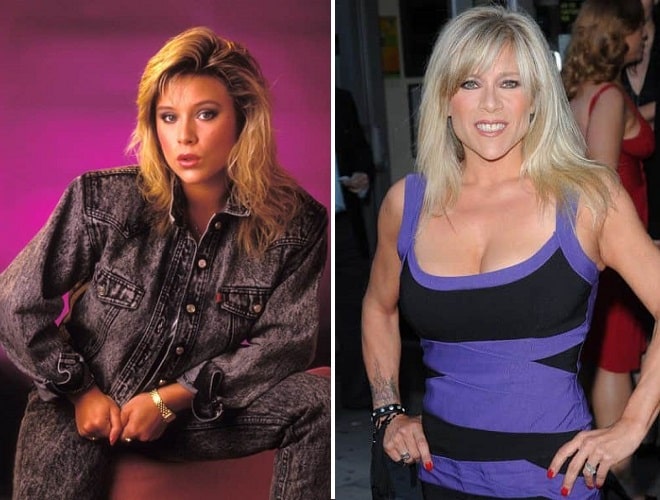 Samantha Fox in the photo in her youth and now looks equally fit and fresh as if age and tragedy in her personal life did not affect her. 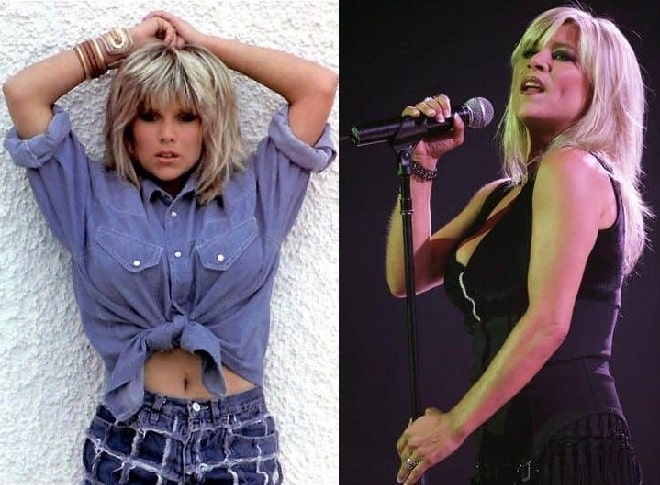 Currently, the pop star leads an active life on social networks, publishing news about his future creative plans on her blogs, Twitter and Facebook. In addition, the artist promptly uploads fresh clips and recordings from concert programs to the network, so that anyone can get acquainted with the novelties of her work by visiting the singer’s personal YouTube channel. 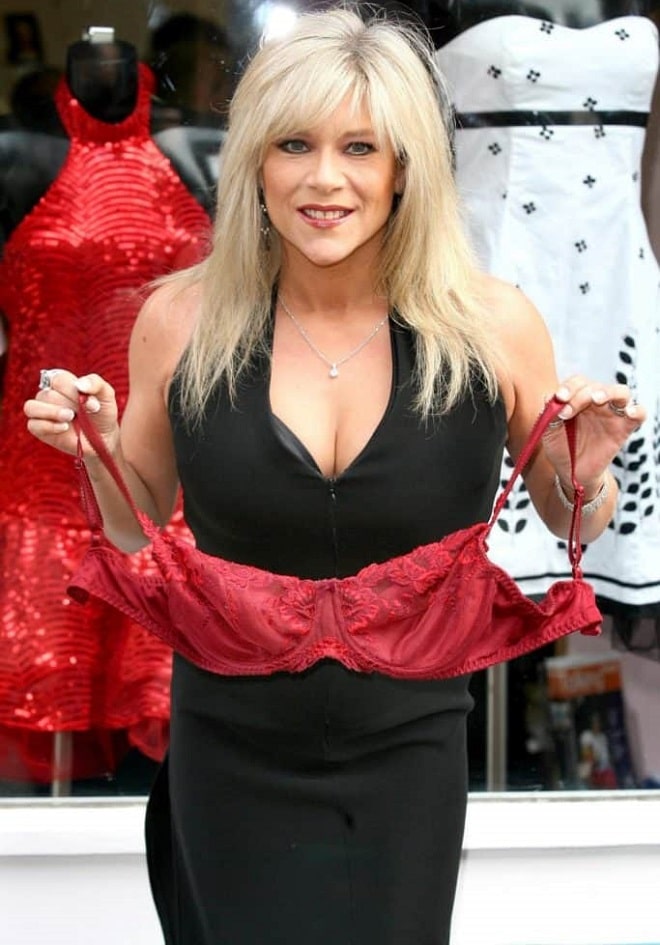