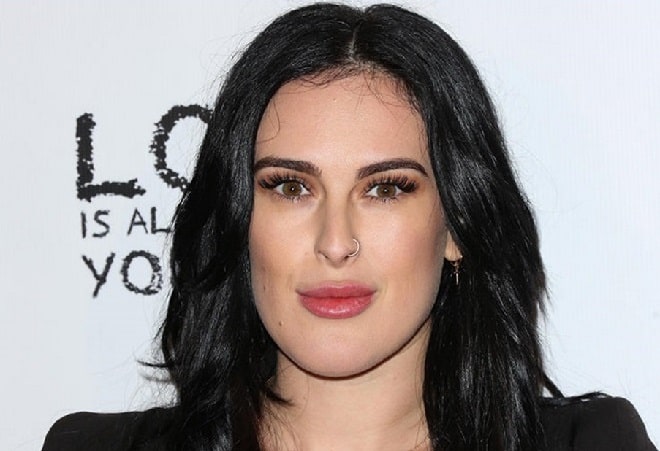 Rumer Willis has endured ridicule and mockery of her appearance since childhood and dreamed of the day when she would be able to change everything. And the hour struck! She corrected the unfortunate facial features and immediately fell under the sights of the cameras.

Rumer Willis as a child

Jokes about Rumer’s peculiar appearance were doubly offensive. The girl understood from an early age that her father and mother were models of beauty among Hollywood stars. She hated every feature of her appearance: the massive jaw, the small eyes, and the thin lips. 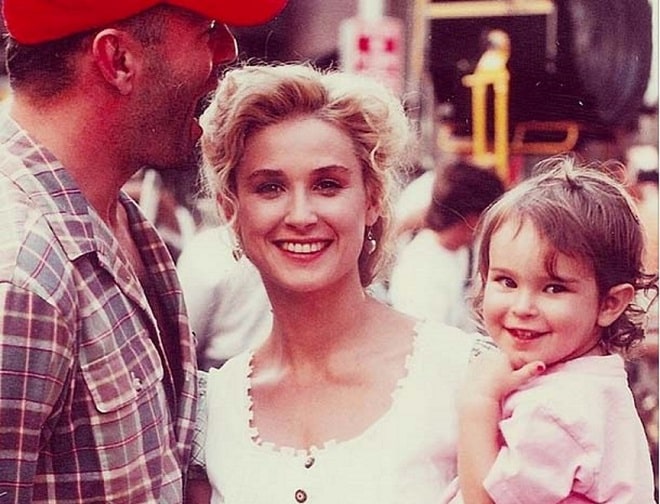 As a child, she was called a potato and teased about her resemblance to a boy, tried to compare her to an attractive mother, and was surprised at the colossal differences. 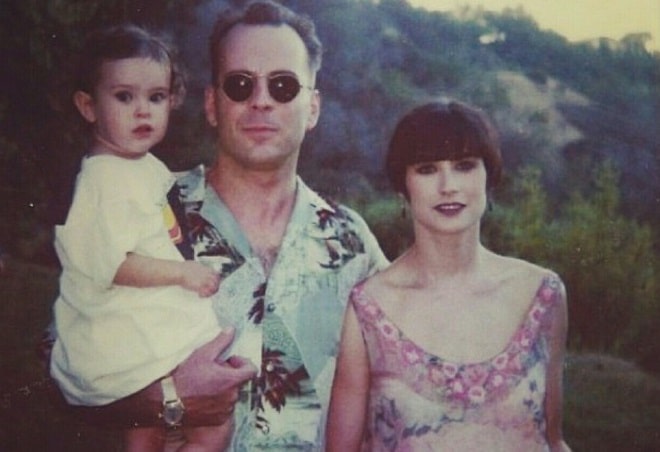 Rumer inherited typically masculine features from Bruce Willis. So from childhood, she thought about plastic surgery and weight loss. 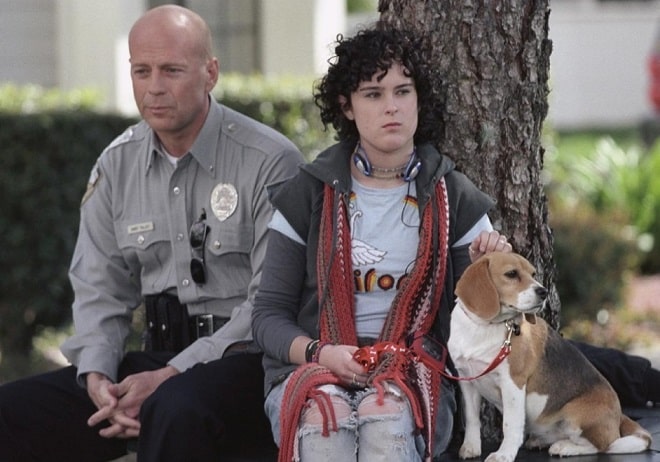 But Demi Moore has repeatedly expressed that she does not approve of such desires of her daughter. Once the actress took urgent measures. She invited her daughter’s friends to visit and gave them a lecture about the harmful effects of plastic surgery. But that didn’t stop Rumer. 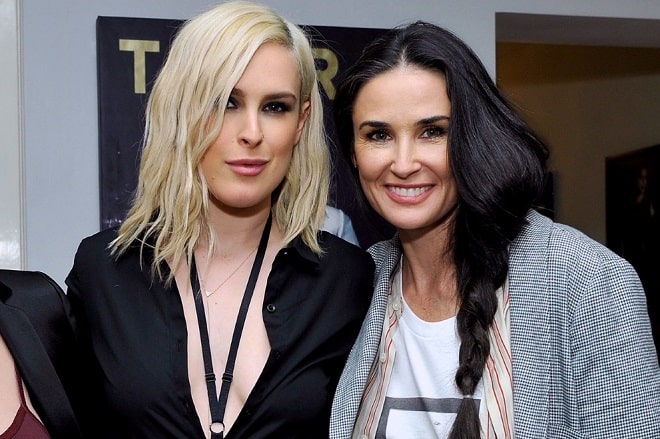 On the TV show “Dancing with the Stars”, Rumer openly spoke about the experiences associated with appearance and spoke about the help of plastic surgeons. The actress admitted that the offensive childish nicknames hurt a lot and left a lot of complexes, because of which she went to the clinic of aesthetic surgery. 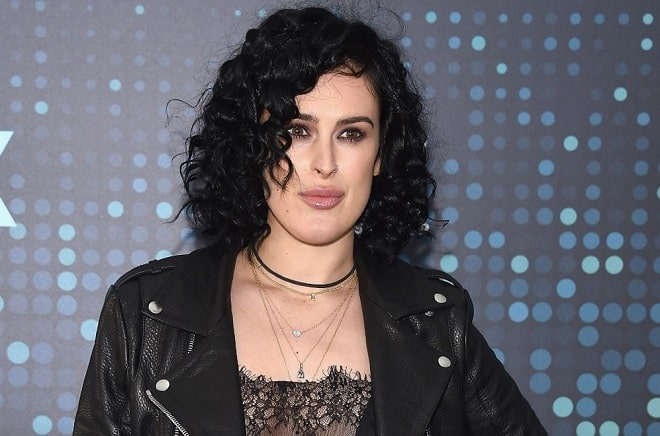 First of all, the girl changed the shape of the lower third of her face. Were correct problem areas of the chin and jaw. After chin reduction, Rumer Willis ‘ face looks more harmonious. 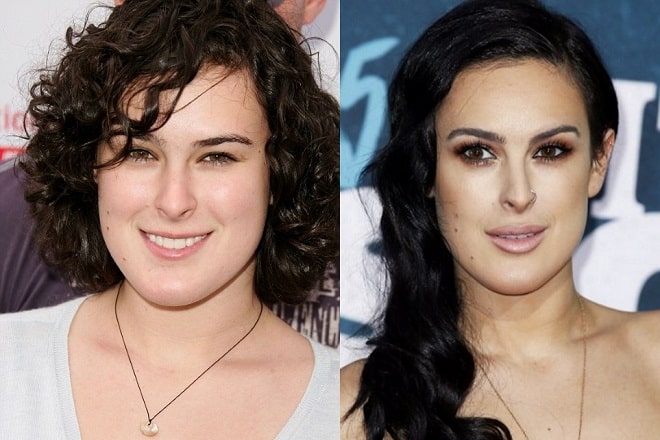 She was pleased with the result of the beauty transformation but did not stop there and continued to improve her appearance with the help of contouring.

Thin lips never liked Rumer Willis and she decided on lip injections with fillers based on hyaluronic acid. The girl often experiments with volume, so sometimes the lips look too unnatural.

Some photos also suggest thoughts about blepharoplasty. The eyes that were previously with a squint have become more open. 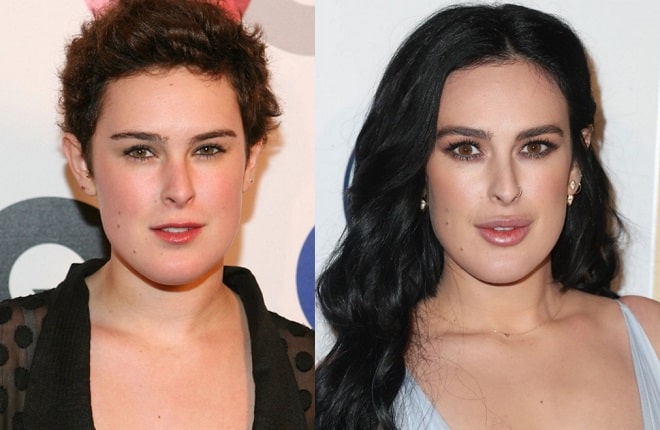 To get closer to Hollywood standards of appearance, the daughter of Bruce Willis and Demi Moore lost a lot of weight. Now she wears open dresses with an impressive cleavage and feels confident under the sights of the cameras. 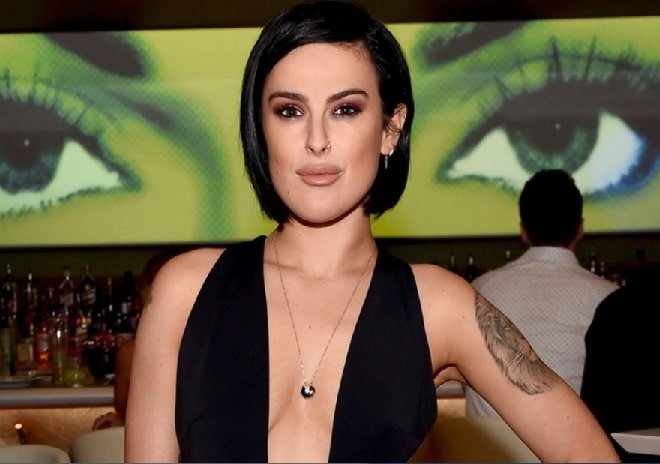 Plastic surgery helped Rumer to acquire harmonious proportions of the face, discover her talents and liberate herself on stage. And now she is successfully developing a career as a singer and actress, and the American press has already named her the second Amy Winehouse. The girl dances and sings delightfully, and fans are happy to take photos with her as a souvenir. 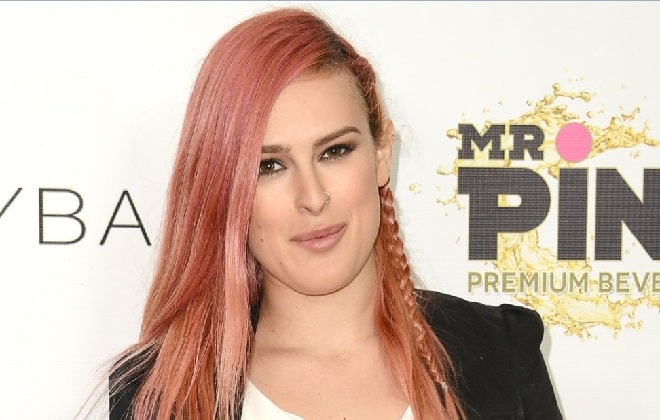 In the popular TV series “Empire”, she played the role of singer Tori Ash and earned a resounding success and popularity. 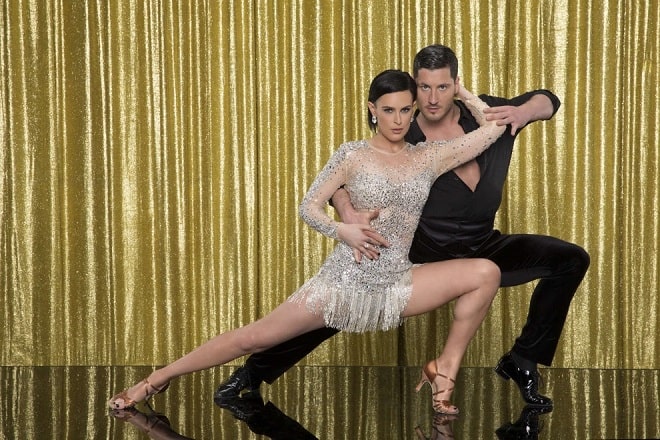 Rumer won the 20th season of “Dancing with the Stars” and touched her father. Bruce Willis often says in interviews that he is proud of his eldest daughter. 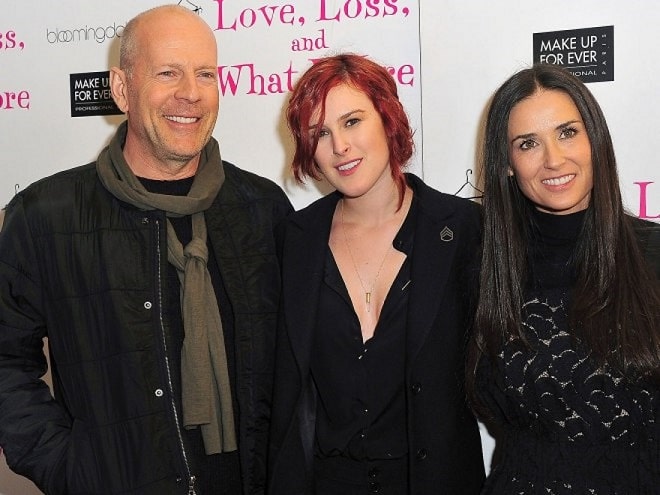 Rumer Willis feels much more confident after сosmetic surgery, both in his personal life and in his career. Now she is in competition with many stars and can be on the same level as famous parents.

One thought on “Rumer Willis, Before and After”