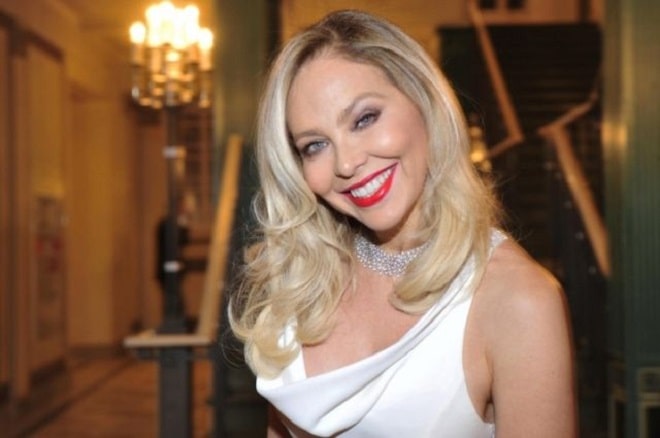 What should a real Italian woman be like? Certainly sexy, luxurious and traditionally sultry — ideally like Ornella Muti. There is something mystically attractive about the appearance of this stunning movie actress. But the most amazing thing is that this woman, by the will of fate, thanks to good genes or careful self-care, was spared from the negative influence of time on her appearance. Few people will be able to guess how old she really is.

Ornella Muti in her youth and now

Francesca Romana Rivelli was born in Rome on March 9, 1955 in a family of average Italians. Her mother was engaged in sculpture, and her father was engaged in journalism. Ornella’s ancestral roots come from Russia: The actress’s grandparents lived here until 1917, but left the country after the revolution because of the rejection of Soviet power. 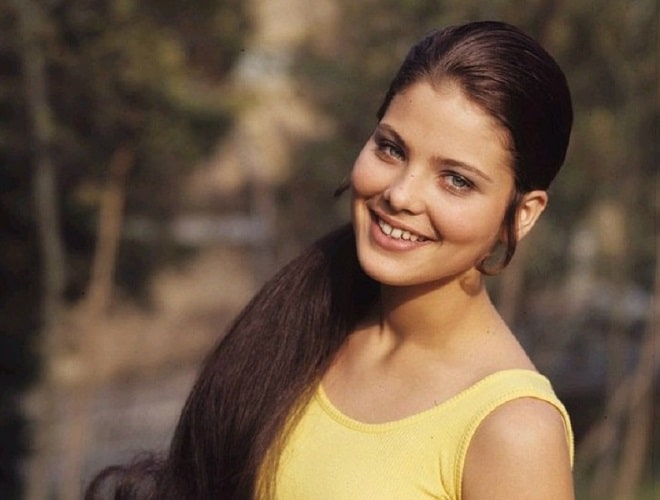 The childhood of the future film star cannot be called cloudless: she lost her father early, and her mother worked a lot. Ornella saw her mother’s suffering and decided to settle her financial problems in an extraordinary way: she posed naked at a young age. 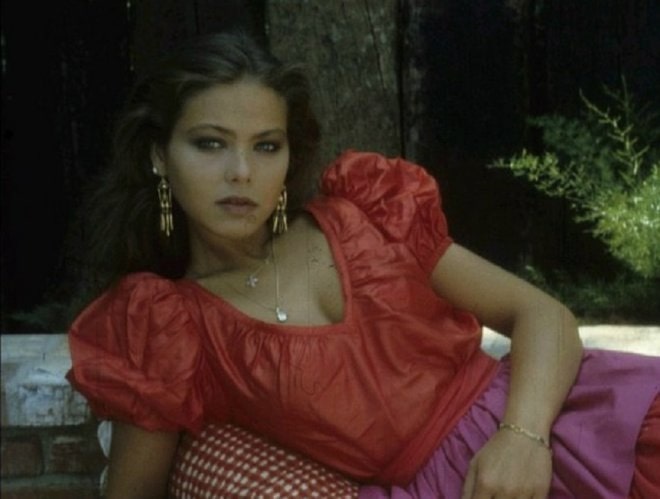 At the age of fifteen, Francesca Romana Rivelli decided to support her older sister, actress Claudia, at the auditions. However, the director, as often happens, preferred the younger Rivelli. The girl got a job, and at the same time a new name — Ornella Muti. 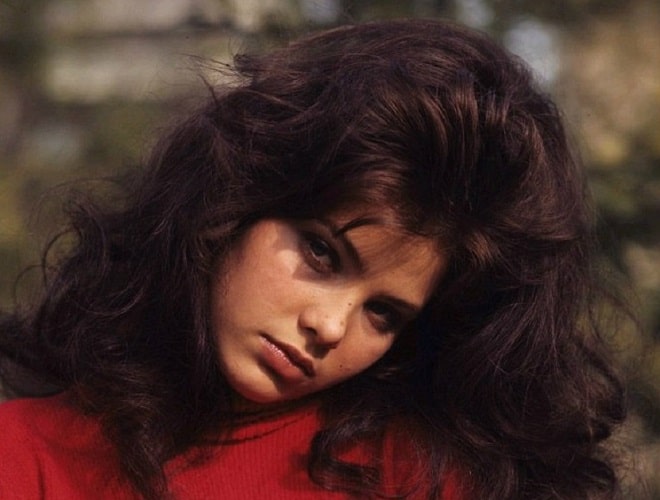 The seductive beauty became the first Italian woman to undress on the big screen. She did not hesitate to be photographed for men’s magazines, showing off her flawless body to the whole world. She having worked out advantageous angles, posing nude in art school at the age of thirteen. 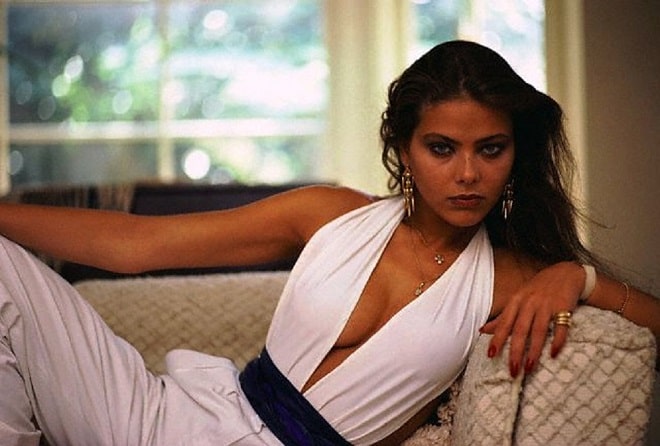 Worldwide fame came to her thanks to filming with Adriano Celentano, with whom she later had an affair. 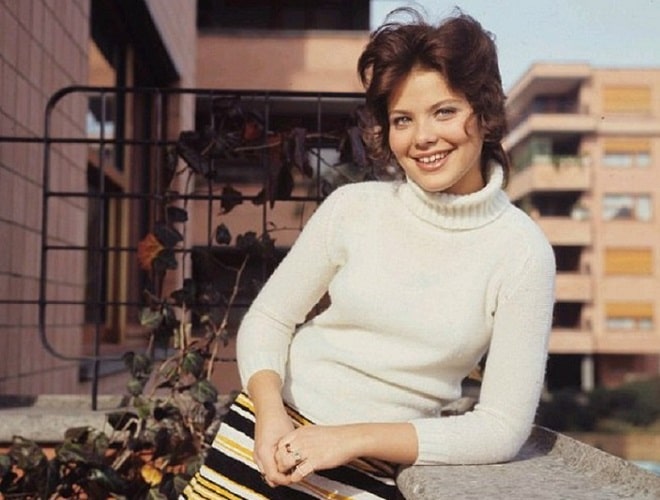 In the 90s Ornella tied the knot with the famous Italian plastic surgeon Stefano Piccolo, and there were rumors that he had a hand in the youth of his wife. After parting with Stefano, Ornella conquered more than one man’s heart, and settled on billionaire Fabrice Kererev.

Recently, the actress rarely appears in films. Maybe that’s why her infrequent, but even more spectacular appearances on red carpets are accompanied by universal admiration and are discussed in the press for a long time.

Francesca Rivelli (the real name of the star) was surprisingly good-looking both as a child and in her youth. Light eyes, plump lips, a snub nose – the girl realized the power of her own attractiveness early and managed to combine touching spontaneity with “screaming” sexuality.

How has the actress’s face changed with age?

Comparing the photos, you notice that the years have not deprived Ornella Muti of either beauty or charm. It is clear that the actress loves, and most importantly, knows how to take care of her face and “stops” age-related changes in time. 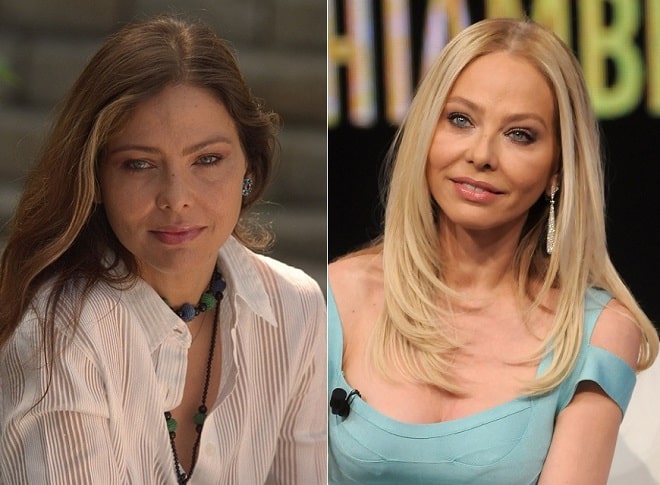 Not only fans, but also specialists in the field of aesthetic medicine like to speculate about plastic surgeries performed by the actress. She, in turn, remains silent and confesses only to cosmetic procedures, as well as all kinds of peels, masks and massages.

However, experts regularly find traces of plastic surgery on the star’s face and report them to the public. According to experts, Ornella Muti had a nose job, and the eyelids and the oval of the star’s face were also surgically corrected. However, in the photo of Ornella Muti in her youth and now we did not find a big difference in the shape and size of the nose.

The eyes of the actress in modern photos have the same shape as in her youth. In addition, small swellings of the lower eyelids and a slight overhang of the upper eyelids remained in place. What has not increased with age in the star is wrinkles in the corners of the eyes, but it is not necessary to do blepharoplasty to “contain” them, because Botox copes with this perfectly. 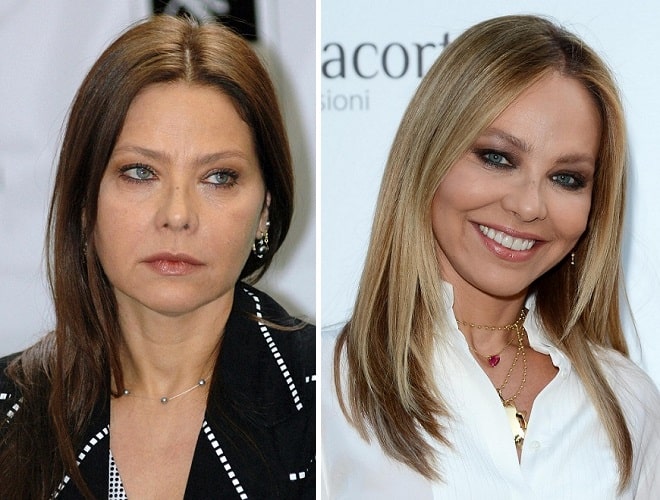 At the same time, Ornella Muti most likely had a facelift of the lower third of her face. This is indicated by the almost perfect condition of the chin area and the taut oval of the face. You can’t call a movie star a victim of plastic surgery: she looks natural and clearly does not abuse contouring with injections of fillers, so her lips and cheekbones retain their natural shape and volume.

Did Ornella Muti have a boob job?

There is an opinion that in her youth Ornella Muti underwent breast augmentation surgery with implants, and later did a breast lift. The second is possible because the actress became a mother three times, and her breasts clearly needed to improve their shape. But breast augmentation is doubtful, because the photos of the young Ornella in a swimsuit clearly demonstrate that the actress has naturally lush breasts.

Ornella Muti herself denies suggestions of having a boob job:

“What kind of breast plastic surgery? I have beautiful breasts only thanks to nature and my 3 children, whom I have fed for a long time.”

The actress fixed her teeth. Ornella Muti’s famous gap between her teeth has been her thing for many years, but today the actress has a new smile. 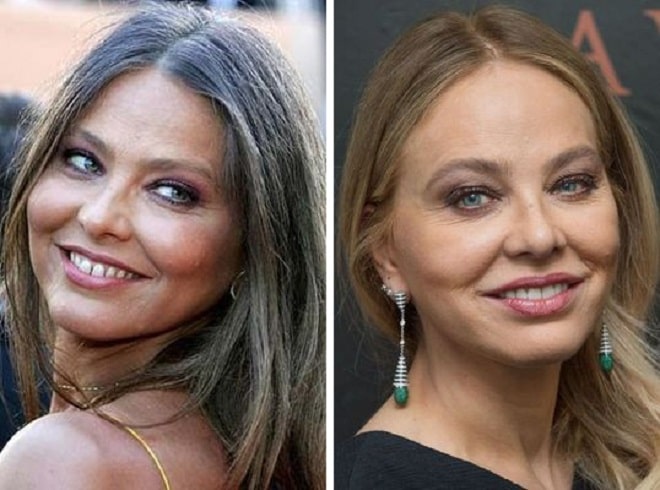 Ornella Muti in her youth is a spectacular brunette with exciting shapes and a sensual face. In addition to a wonderful figure, the young actress had another strong trump card — a smile. She understood this well and over time learned to use it as a powerful acting tool, demonstrating with her smile a whole palette of emotions and moods.

Since joining the profession, Ornella Muti has acquired the status of one of the most sought-after and sexy actresses of Italian and world cinema, which she has maintained for many years. She played fatal beauties and simply gorgeous women, not hesitating to show her naked body on the screen. A small gap between her teeth added to her image of sensuality and youthful spontaneity, which helped her to find that individuality that distinguishes famous actors from just good ones.

However, over the years, the actress could no longer play the roles that made her famous in her youth. As she got older, Muti was increasingly inclined to a more restrained choice of outfits and cosmetics, and now she decided to make more significant changes and turned to a dentist. Seeing the famous actress without her gap between her teeth was a little unusual at first, but with a new smile, the star looks very good.

The actress has repeatedly stated that she adheres to a healthy lifestyle, that is, she eats right and does not have bad habits, so it is not difficult for her to keep herself in shape. The star is comfortable in her body and she is not going to lose weight, following modern fashion.

The main secret is a long deep sleep. Ornella Muti stays in a dream for 9 hours every night, and this rule is unbreakable even with the most intense shooting schedule.

The second secret for beauty from the inside is the absence of bad habits. There is no alcohol in the actress’s life. According to Ornella Muti herself, she does not like the very state of intoxication, when the situation slips out of control, like the earth, which ceases to be solid.

“I don’t drink alcohol at all, because I see that it deforms my personality, my face changes – and not for the better. I don’t smoke, I try to sleep as much as possible, I do gymnastics every day according to a special program designed for me. But each of us knows for himself what is good for him and what is bad,” Ornella Muti said.

The third secret is proper, full nutrition. The actress never eats heated food and eats only freshly prepared dishes from quality products grown without the use of chemicals. There is no place for smoked delicacies, fast food on her plate. She is also very moderate with regard to sweets. Diets are pathetic attempts to change your way of eating,” she believes. Why waste time on “trying” when you can initially build your nutrition correctly and at the same time make it tasty and healthy. She based her diet on a Mediterranean diet, replete with vegetables, fruits, whole grains, olive oil, fish and seafood. Ornella Muti consumes very little meat.

The fourth secret is to drink a lot of water. Ornella Muti always has clean natural water at her fingertips, no matter what she does. To take a few sips of water every hour of life is so natural, and so good for health and beauty,” the actress believes.

The fifth secret of beauty is a woman’s own money and financial independence. In 2008, Ornella Muti linked her life with a successful businessman Fabrice Kererve. But instead of enjoying life with a rich, successful husband at his expense, she launched her own jewelry line, opening boutiques in Rome, Milan, Paris and Moscow. Now her business brings the star her own income, and she freely disposes of personal money.

Financial security gives a sense of stability and confidence in the future. And this “perfectly relieves stress and brings peace of mind,” says Ornella Muti and smiles with the serene smile of a woman who has comprehended all the secrets, all the wisdom of the world.