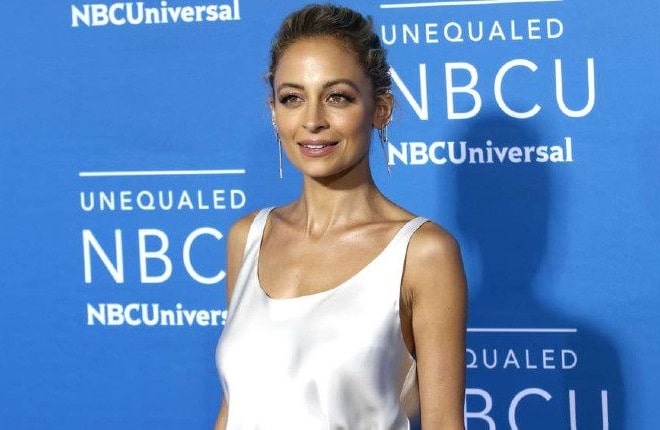 Nicole Richie is an American actress whose creative biography began with the TV show “The Simple Life”. For some time she positioned herself as a singer, was a model, producer. She has published the book “The Truth About Diamonds”, based on real facts from her own life, and the novel “Priceless”. She had problems with drugs and the law. Now she is the creative director of the jewelry and clothing brand House of Harlow 1960. In the summer of 2020, she released a comedy rap album “Unearthed” under the pseudonym Nikki Fre$h.

Nicole Camille Escovedo was born in the fall of 1981 in the family of Karen Moss and Peter Michael Escovedo from the California city of Berkeley. Her father was a musician, her mother was a producer’s assistant. In the pedigree of the newborn, there were Mexican, British, and African-American roots. 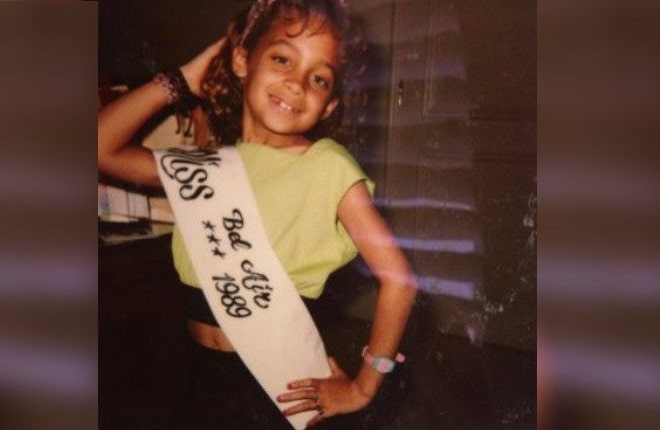 Parents took the baby with them to performances almost from birth, because there was no one to take care of her in their absence. Once at a concert of the Prince, four-year-old Nicole was seen by the performer of the famous hit “Say You Say Me” Lionel Richie. She sat on the stage and played the tambourine while her father and mother went about their work and sorted out the relationship between themselves.

The singer suggested that they give the girl to him for the duration of the tour so that the baby would be supervised. At first, it was only a matter of a few months, but soon Escovedo and Moss handed over their daughter to Lionel under full custody.

When Nicole was nine years old, Richie and his wife Brenda Harvey adopted a girl. The pop singer gave her his last name and baptized her into the Catholic faith. Michael Jackson and Quincy Jones acted as godparents. The girl’s biological parents didn’t mind, they knew that Lionel would be able to give her much more than they. 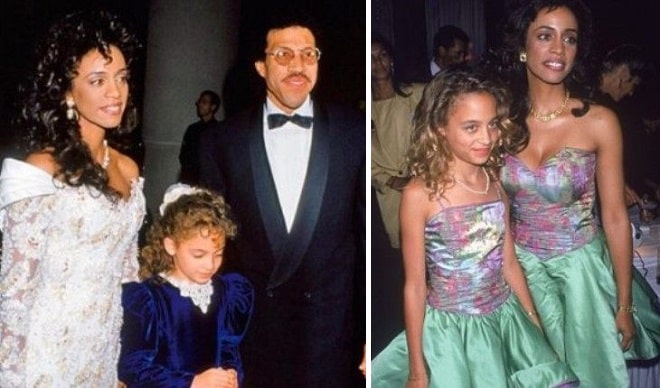 Since childhood, the girl has been used to being surrounded by celebrities and beautiful things. In her book “The Truth About Diamonds”, she later wrote:

“When you grow up in Bel Air and do shopping only in an expensive boutique at Rodeo and Robertson, you develop a kind of allergy to something ugly – clothes, cars, even people. You start to think that if you hang out with ugly people, their home comfort can become contagious.” 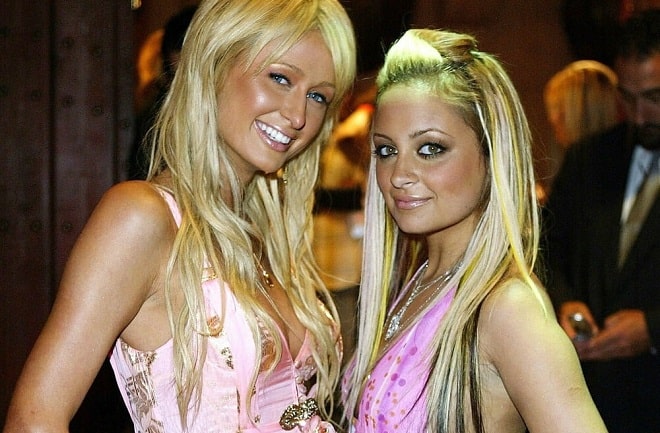 Nicole studied at a prestigious private school, where she became friends with Paris, the heiress of millions of the Hilton dynasty, studied cello, guitar, and piano, went figure skating.

Foster parents spoiled their daughter, and since Lionel and Brenda soon divorced, the girl was given too much freedom of choice, which affected her later life. 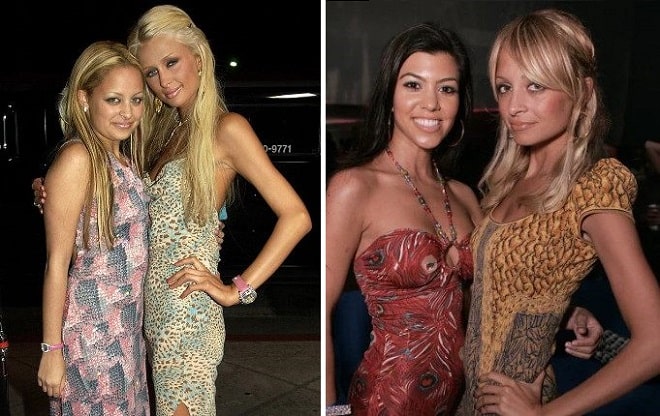 On her father’s advice, she went to Arizona to study art and media history at university. Her classmates were future basketball star Luke Walton and future celebrity TV projects Kourtney Kardashian. Nicole studied for two years, after which she dropped out of university, dreaming of devoting herself to music, and returned home.

Thanks to influential acquaintances, in 2003, 22-year-old Richie became a producer and participant in a high-profile reality show that attracted the attention of hundreds of thousands of Americans. Together with Paris Hilton and David Richards, she starred in five seasons of “The Simple Life”. The girls practically played themselves: spoiled rich heiresses who decided to live in a family of farmers from Arkansas for fun. 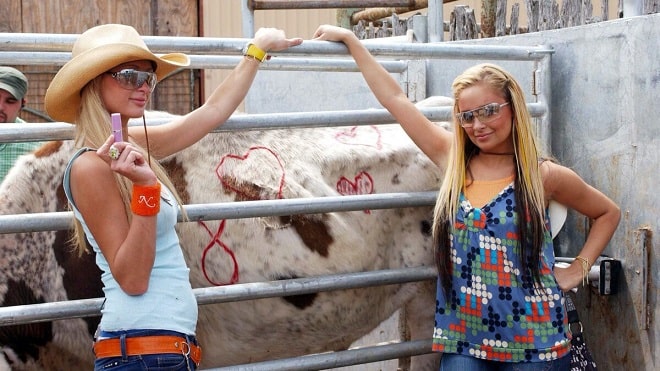 Nicole increasingly appeared with her friend in nightclubs and at parties, and her name appeared on the pages of tabloids in connection with scandals. The press published pictures taken by the paparazzi, which clearly showed how Nicole uses cocaine. In 2003, she was detained by the police on charges of drug possession and driving a car with a revoked driver’s license.

The aspiring actress was released, she continued filming in the show, but in 2006 she again came to the attention of the police for driving under the influence of drugs. At a court hearing in mid-2007, Nicole came with a statement that she was pregnant. And the father of the child is Joel Madden. Therefore, her sentence was commuted to 4 days of arrest a fine, and a probation period of 3 years was imposed on her.

But then luck smiled on Nicole: when she arrived at the prison to serve her sentence, she was released after 82 minutes. The prison was overcrowded, and the crime for which she was convicted was of a non-violent nature. 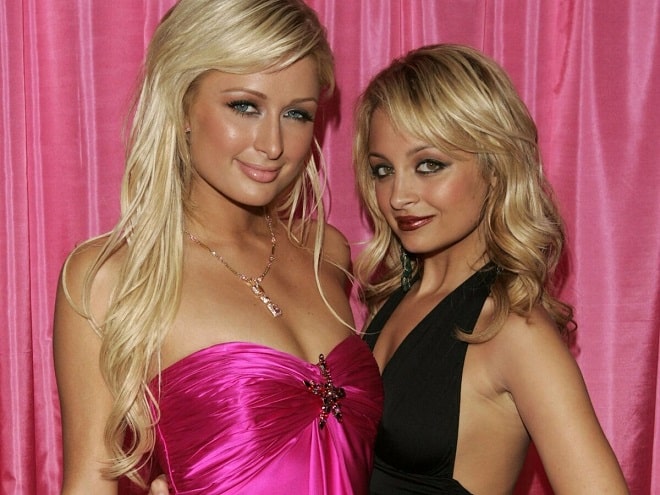 The relationship broke down completely after both got to the police station. Nicole asked Lionel to help her cope with her drug addiction. The foster father even postponed the tour to be with Nicole during a difficult period.

The middle of the 2000 years was a turning point for the girl. Richie was involved in several small roles in TV series, then she announced that the main direction of her career was music, and recorded several songs that did not arouse much interest.

Then Nicole wrote a book, began to cooperate with television and modeling agencies. Her photos graced the covers of fashion magazines, especially after she became the face of the Jimmy Choo shoe company and began showing jeans.

Her entrepreneurial activity has also started successfully. In 2010, the collection of jewelry and clothing brand House of Harlow, invented by Nicole, became the winner of the Glamour Women of the Year Awards in the “Entrepreneur of the Year” nomination. 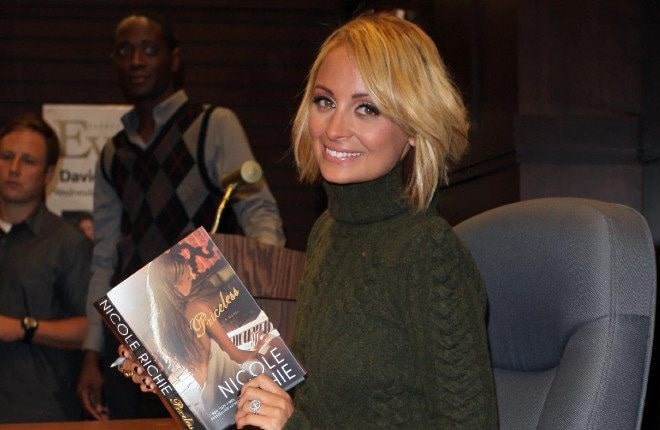 At the same time, the celebrity did not give up trying to break into the musical Olympus. Still, Nicole decided to sit down to write a novel called “Priceless” – about a girl engaged in the search for the meaning of life. The work was published, but it did not become a bestseller.

Nicole turned to the film industry again and starred in a comedy film, partly based on her Twitter posts, called “Candidly Nicole”. The series was released in 2014-2015.

In 2020, the celebrity realized her long-held dream and released her first rap album “Unearthed” under the pseudonym Nikki Fre$h. 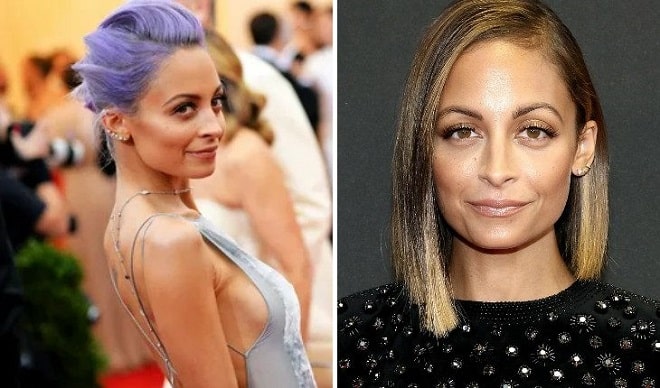 In the same year, Richie launched a new project for aspiring talented designers “Making the Cut”. The hosts of the show were Tim Gunn and Heidi Klum, and Nicole herself, along with Naomi Campbell, Karin Roitfeld, and Joseph Altuzarra, joined the jury. The first city where the project participants worked was Paris.

In 2000, Nicole began dating American musician Elijah Blue Allman. Two years later, she was noticed already in the company of actor Jason Muse, known for a series of films by Kevin Smith. Richie had a more serious relationship in her personal life with the famous disc jockey Adam Michael Goldstein (better known as DJ AM). They were even engaged, but in 2006 they broke up without explanation. After that, Stephen Glover, Jeffrey Goldblum, Sam Brody Jenner were among the boyfriends of windy Nicole. 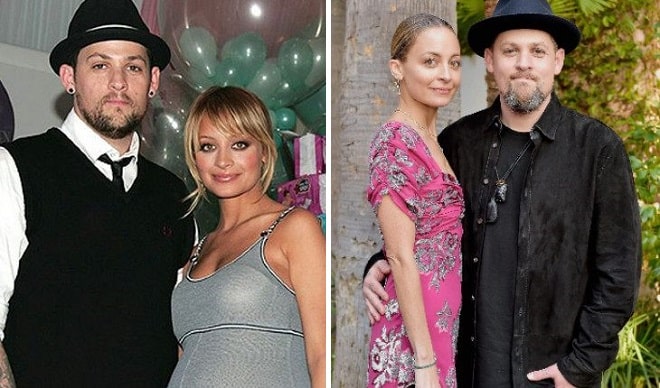 At the end of the same year, the actress began dating a long-time acquaintance Joel Madden, the twin brother of Cameron Diaz’s husband. Richie changed her attitude to life, finally broke up with drugs, and a year after starting a relationship with Joel, she gave birth to their first child – daughter Harlow Winter Kate, who was recorded in her father’s surname. 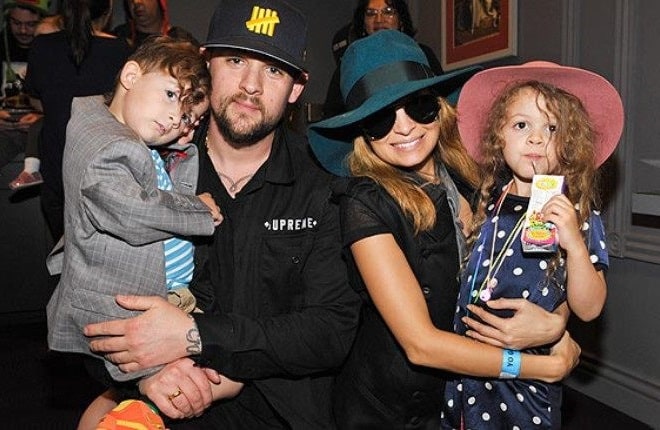 A year and a half later, the couple had a son, Sparrow James Midnight. The musician decided that two children were good proof of the stability of the relationship and in 2010 the couple got married in Beverly Hills, in the spacious house of Lionel Richie.

Nicole Richie’s appearance often causes heated discussions. In the early 2000s, Nicole became infamous: she made friends with the slim Paris Hilton and looked very big against her background. 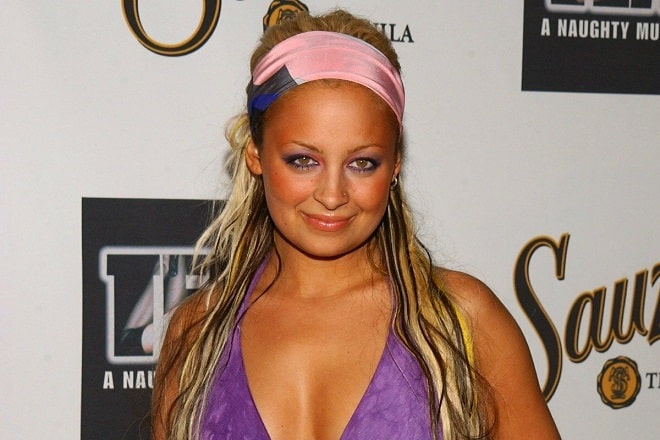 Nicole is genetically predisposed to fullness, but in her youth, she didn’t worry much about it. But when she became a public person, she faced ridicule and discussion of her excess weight. 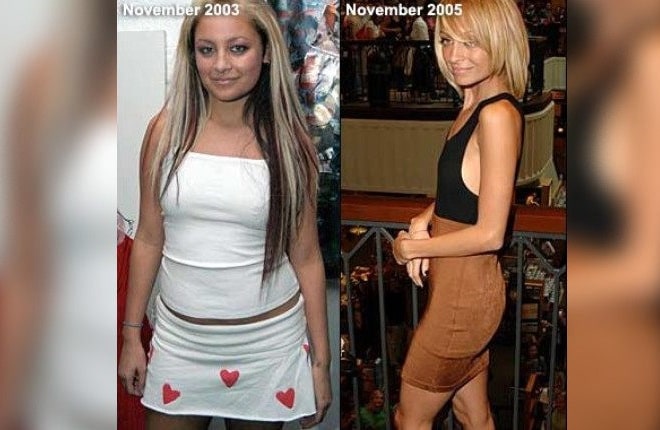 She began to lose weight and in 2006, all the media began to write that Nicole Richie suffers from an eating disorder and anorexia. 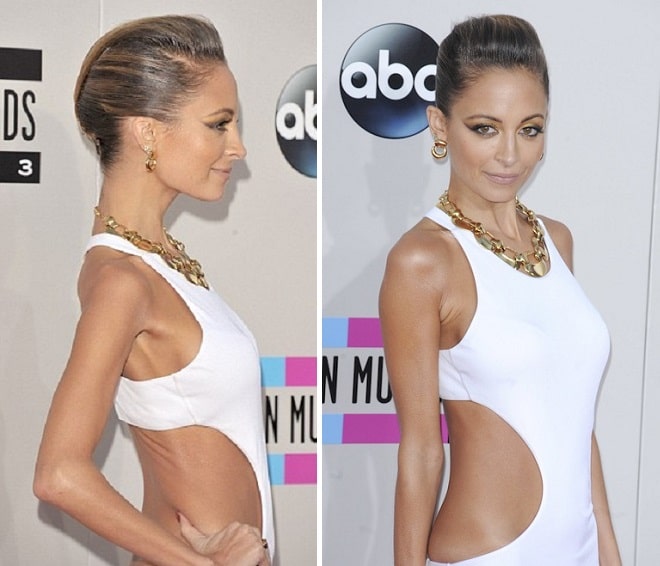 The covers were filled with photos of a petite blonde with huge eyes. After the appearance of pictures of Nicole Richie from the beach, fans sounded the alarm: the girl looked painfully exhausted. Nicole denied anorexia, but the press was relentless. 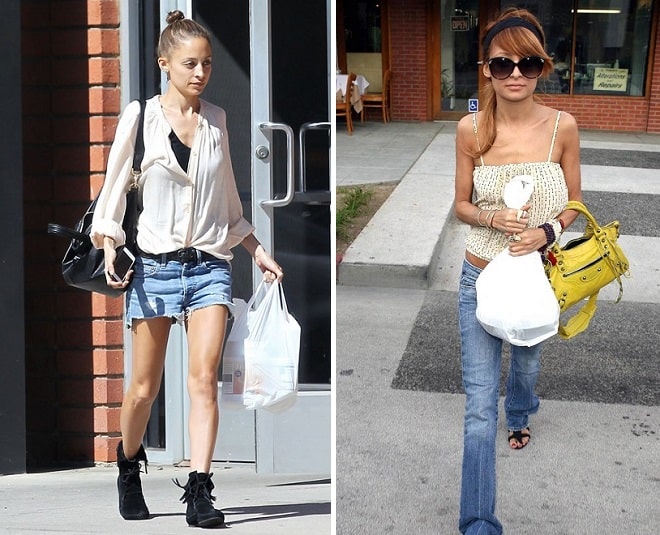 Nicole Richie was able to get into good shape only after the birth of her children.

For the first time, rumors that Nicole Richie had breast augmentation surgery appeared in 2011.

A new wave of rumors about breast augmentation surgery and heated discussions was caused by the next appearance of 34-year-old Nicole Richie at an event in March 2016. 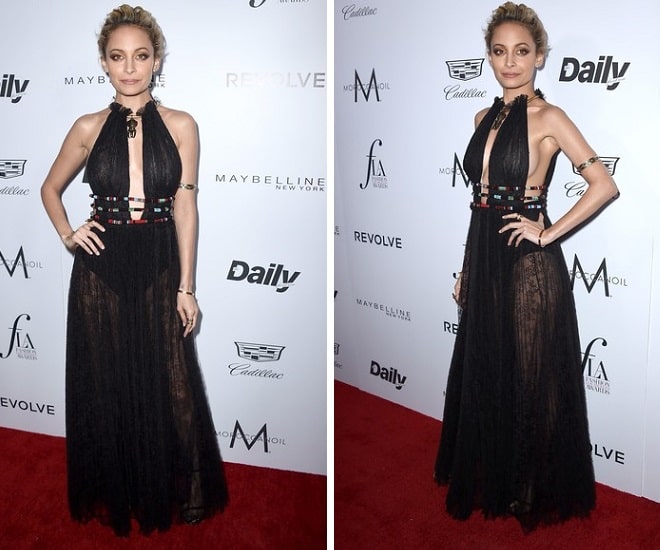 At the Fashion Los Angeles Awards ceremony, Nicole Richie wore a dress with an open back and a deep neckline, which allowed journalists to study the figure of the star in all details.

Several sources in the press started talking about the fact that Nicole not only gained a little weight but also had a boob job.

Plastic surgeons confirmed the guesses of the fans. According to experts in the field of aesthetic medicine, the plastic surgery of the actress’s breasts can be seen quite clearly. Nicole Richie’s breasts began to look much larger than before. But you can’t tell from the girl’s figure that she has put on a lot of weight in order to increase the size of her breasts.

Experts are sure that Nicole Richie has had a boob job, and who better than plastic surgeons to see the implants that the star inserted into her chest. 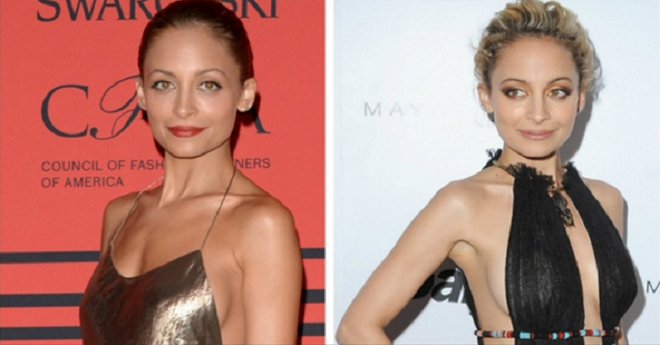 The celebrity herself did not comment on the changes, but also did not deny the plastic surgery.