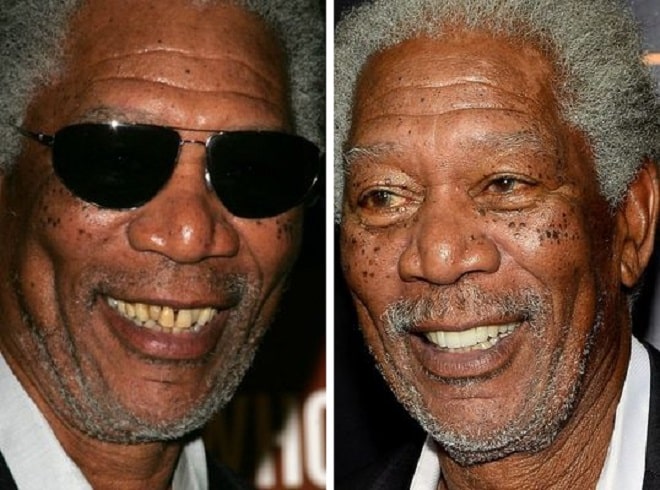 Morgan Freeman got rid of the celebrity status with bad teeth. The famous actor was transformed after fixing dental problems and installing veneers.

Despite the fact that Morgan Freeman’s teeth have always been far from ideal, the actor himself was not complacent about his smile. He fully understood that the roles of template handsome men did not shine for him anyway, so he honed his acting skills. On the one hand, it played to his advantage: throughout his career, Freeman got very unusual and memorable roles that made him one of the most recognizable actors of our time. However, carelessness regarding dental health still made itself felt: over the years, the teeth of the star have come to a very depressing state.

Morgan Freeman was very close to losing his teeth, especially the front ones, whose necks were noticeably bare. Of course, an actor of this caliber could not afford to be left without teeth. Morgan approached the solution of his dental problems as responsibly as he did filming in the cinema. He found a good dentist and agreed to radically change his smile. Most likely, dentists performed prosthetics on implants for the famous actor or installed veneers, which really transformed his dentition. There is no trace of the former (obviously not the best) smile: Morgan Freeman has forever lost the unpleasant status of a celebrity with bad teeth and now looks refreshed and rejuvenated.