Victoria’s Secret model Miranda Kerr was considered by millions to be the epitome of beauty and sexuality. However, this did not stop her from deciding to do plastic surgery. The babyface, the wide eyes, and the perfect slender figure-all this was not enough for the girl to consider herself perfect. We tell you what she changed in herself and how she looks today.

The Australian-born model became famous during her collaboration with Victoria’s Secret brand. Miranda has been an angel for 6 years, which is rare. All the while, Kerr kept herself in perfect shape. In 2011, just a few weeks after the birth of her son, she appeared on the catwalk and did a photo session nude for Harper’s Bazaar magazine.

The model actively cooperates with fashion and beauty brands. In 2009, she launched her own line of Kora Organics products. Also, the girl tried herself as an actress. She can be seen in the music videos of Kanye West and Pharrell Williams, as well as in the popular TV series “How I Met Your Mother”.

Such active work in various directions has had a good effect on the financial situation of Miranda Kerr. Forbes magazine has included her several times in the lists of the richest and highest-paid models in the world.

Experts believe that even at the beginning of her career, Miranda did a nose job. The plastic surgery helped her narrow the bridge of her nose, make the proportions of her face more harmonious and get the perfect babyface, which is in demand in the modeling business. 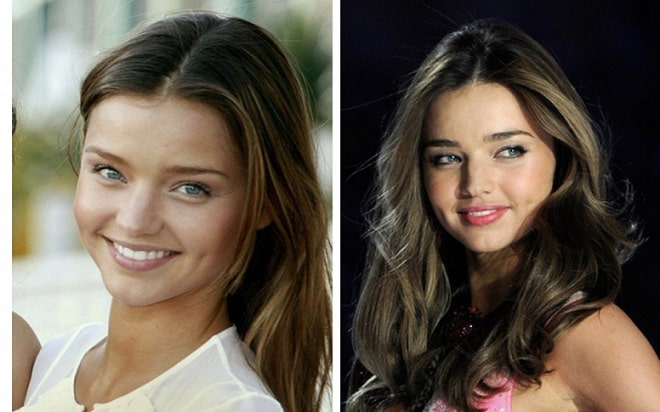 Another change in appearance did not remain hidden from absolutely anyone. Miranda did a boob job. In 2014, Victoria’s Secret angel appeared at the Vanity Fair Academy Awards party in a form-fitting sequin dress with a plunging neckline. The clothes clearly demonstrated a change in the shape of the breast. The boobs of the model became larger and had a perfect shape without supporting underwear. 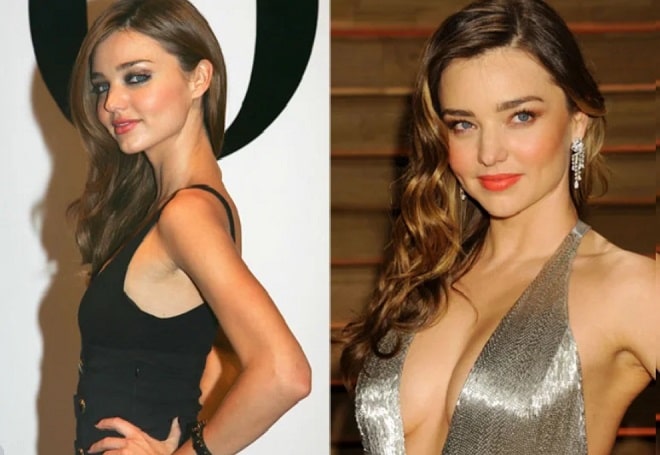 It is not known exactly what prompted the beauty of plastic surgery, but as a result, she inserted breast implants and received a gorgeous bust.

Today, Miranda continues to shoot for fashion brands, leads the page on Instagram, and participates in TV shows. She has retained a fresh, childlike face that doesn’t seem to change at all over the years.

In the personal life of beauty, too, everything is fine. In 2017, she married Snapchat CEO, Evan Spiegel. The couple has three children. First  Miranda’s son by Orlando Bloom and two sons by Evan Spiegel. 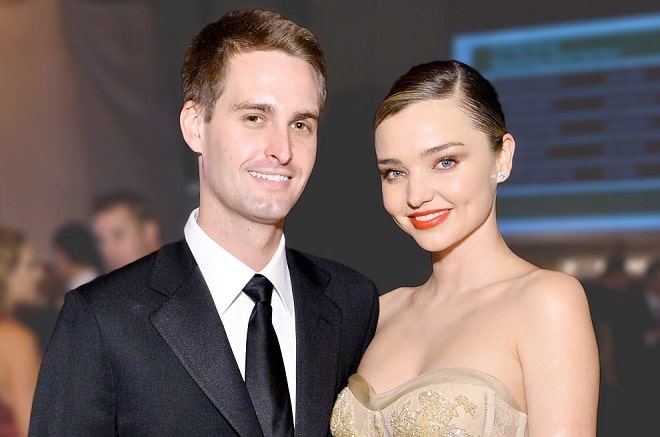 Miranda Kerr admits that now she feels absolutely happy and it is noticeable, in the photo, her eyes are burning, and her smile is shining, as it was 15 years ago. 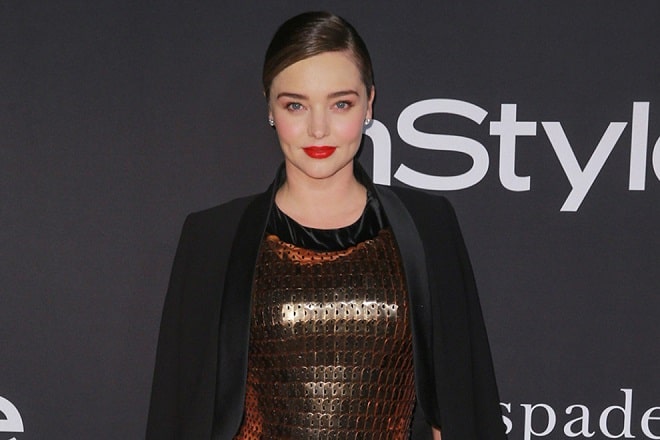