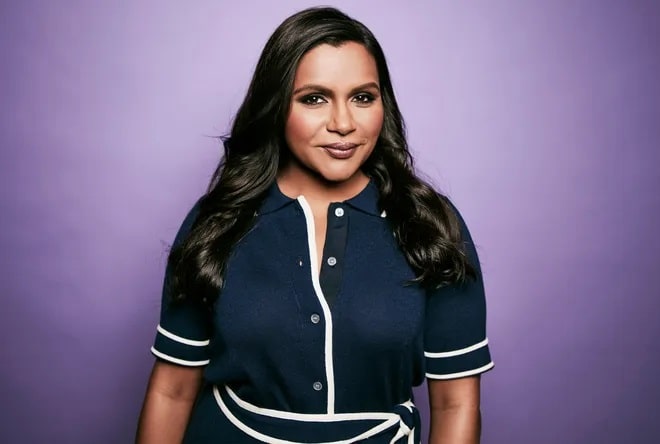 Mindy Kaling is the famous Kelly Kapoor in the TV series “The Office” and Audra in “The Morning Show”. Her fate is amazing, and new achievements, of course, are still ahead!

Mindy Kaling in her youth

Vera Mindy Chokalingam is the name of a girl who was born on June 24, 1979, in the town of Cambridge, Massachusetts. Her parents are originally from India, they moved to the States a few years before she was born.

The middle name got Mindy from the title of the series “Mork and Mindy”, which her parents loved to watch. In it, Robin Williams played an alien named Mork, and the role of Mindy was played by Pam Dawber.

When Mindy grew up, she shortened her last name due to the fact that few people could pronounce it the first time. She faced this when she was performing in bars with a comedy show, but even in Hollywood, few would have coped!

Since childhood, Mindy’s parents have seen in their daughter a comedic talent: even before school, she entertained them with self-invented jokes. Tightening their belts, they sent their daughter to a good private school, after which Kaling entered Dartmouth College, where she played in a local theater.

Mindy is endowed not only with acting but also with screenwriting talent. Her play “Matt and Ben” about the relationship between Matt Damon and Ben Affleck in 2003 made a lot of noise — and now the young actress is already playing a small role in the full-fledged film “The 40-Year-Old Virgin”!

In 2005, Mindy got the role of Kelly Kapoor in the TV series “The Office”, before which she also wrote two dozen scripts. At that time, she was the only woman who wrote scripts for comedy shows and TV series! For “The Office” she received an Emmy and Screen Actors and Screenwriters Guild Awards, once again showing her versatile talents.

Mindy Kaling and B. J. Novak

According to the script, Kelly Kapoor alternately converges and diverges with Ryan, played by B. J. Novak. The stars also had an affair in their lives, about which Mindy was once asked directly. She didn’t really want to answer, but then she confirmed it.

They say that the actors were going to get married, but decided to remain friends. Subsequently, Novak said about her: “She is the love of my life in many ways, and she is much closer to me than a friend, but we are not in a relationship.” 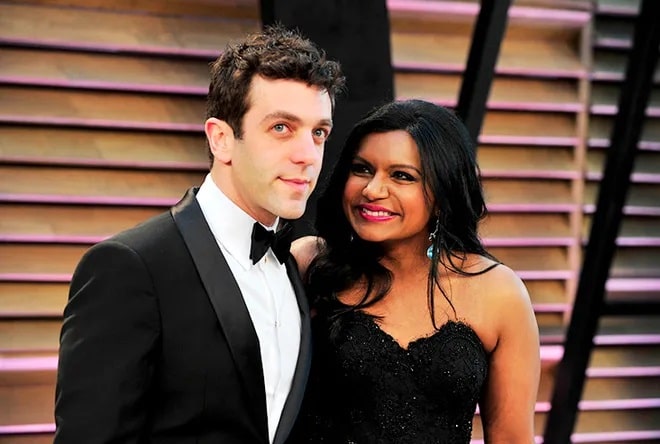 In the spring of 2011, Mindy’s mother Swati Chokalingam heard a terrible diagnosis: “the last stage of pancreatic cancer.” That’s why Mindy didn’t appear so often in the last seasons of “The Office”: she spent time with her mother. Kaling considered her a like-minded person and called her best friend, so her mother’s death was not easy for her.

“We thought we had a few years, but it was only 8 months,” Mindy said. “Mom was a doctor herself and didn’t pay attention to the pain before she couldn’t work.” 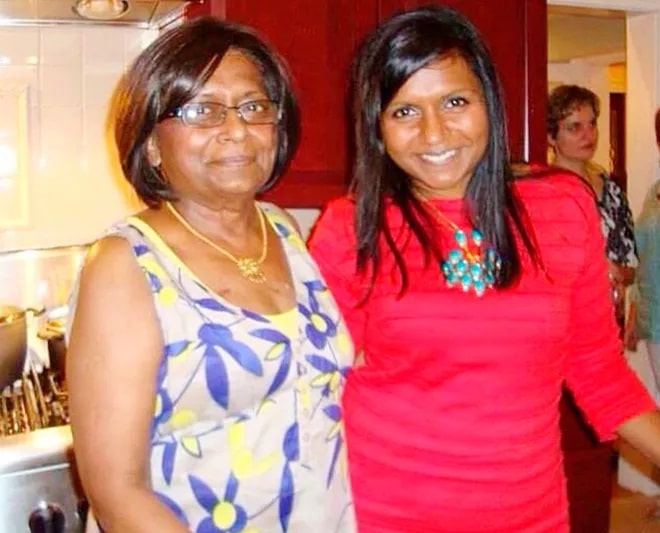 In 2012, Kaling played the main role in the series named after herself – “The Mindy Project”. She became the first star of another race on American television to get such an opportunity, and she was very proud of it.

Initially, the series was broadcast on NBC, then Fox bought it, and then Hulu, and Kaling named her project… Yes, yes, the second love of my life! “My character’s name is Mindy, she has a lot in common with me, but this is not a story about me,” the actress admitted. 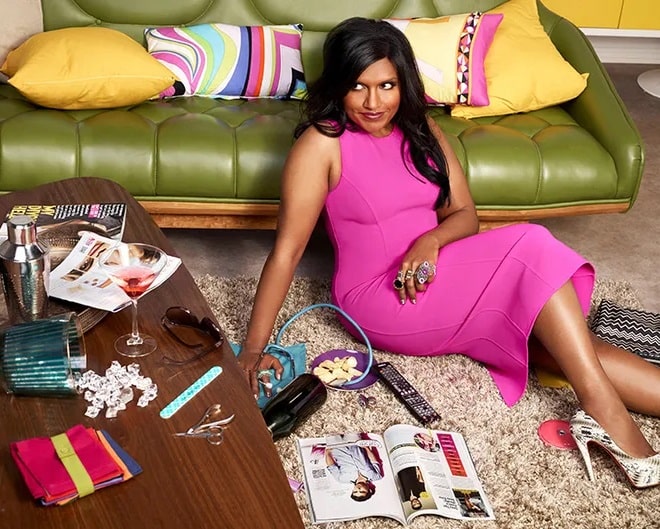 Quarrel with her brother

Mindy is very close to her family with the exception of her brother Vijay. And here’s why.

He really wanted to go to medical college, but he didn’t score very many points. Then he shaved his head, introduced himself by the middle name Jojo and said that he was African-American, not Indian-American. He went to college, but his family was outraged by his act. Mindy never forgave her brother for betraying her own parentage and deceit.

In 2017, Mindy starred in the films “A Wrinkle in Time” and “Ocean’s 8”, and on December 15, unexpectedly for many, she gave birth to a daughter. The fact that she is preparing to become a mother was noticeable in the press tour of the “Breaking Time”, but Kaling asked to address all questions to Oprah Winfrey because she is “the only one who knows everything.”

However, Mindy still hasn’t confessed who Katherine Kaling’s father is. Even her birth certificate doesn’t have his name on it. It is only known that Mindy gave her daughter’s middle name in honor of her mother Swati, and B. J. Novak became the baby’s godfather.

In 2019, Mindy triumphantly returned to the cinema, playing the main role in the film “Late Night” (and also became its producer and screenwriter) and a minor role in the TV series “The Morning Show”. 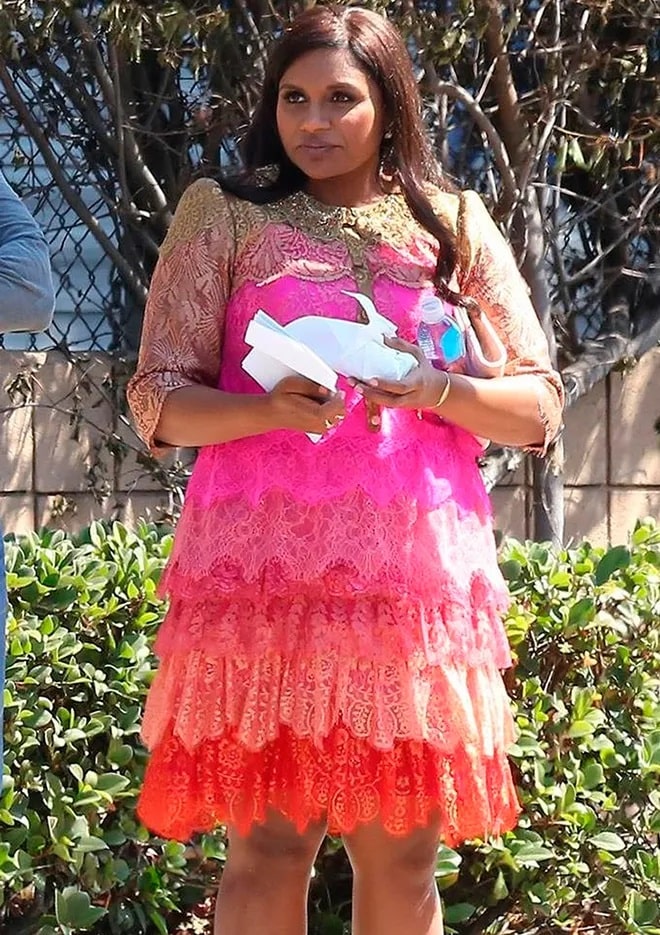 Did Mindy Kaling have plastic surgeries?

What and how has it changed to look more profitable than its competitors?

Show business is a territory of violent clashes and ideals, where it is difficult to survive if you do not attract attention with your appearance. Mindy has made several transformations. Of course, she did not lighten the skin like Michael Jackson, but she came close to it, according to many of her fans.

Now take a look at everything with your own eyes and make a verdict. How Mindy Kaling looks before and after plastic surgery, and how the photos confirm this. 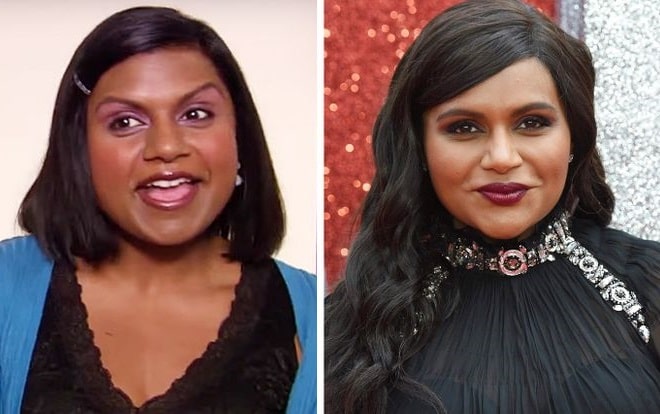 Most often, such questions relate to the skin color of the actress. For example, in the early photos, her skin looks darker than in the photos in her youth. This color is explained either by a really done operation to change the color of the skin, lighten it, or by falling light at a certain angle, or by photoshop. Mindy herself does not openly announce her plastic surgery, so people have to be content with photos and rumors.

If you compare the photos with each other, then the change in skin color seems obvious. Pictures taken during Mindy’s youth show that she looks very dark, corresponding to the color of her Indian roots. Her shoulders are very wide, and her body is hardly slender, but now everything is different. The face looks round.

Also, rumors are associated with a change in the shape of the nose. In those years when Mindy was just starting out as an actress, her nose seemed wide. But after that, Mindy Kaling’s nose was transformed: the bridge of her nose became smooth, and the wings became somewhat pointed. This may be fiction, but those who look closely at the photos will undoubtedly see suspicious changes.

Several times, Kaling even responded to such attacks by fans, saying that she did not do any operations. She noted that she looks quite cute and attractive in all the photos. What else is needed for the confidence of an actress? 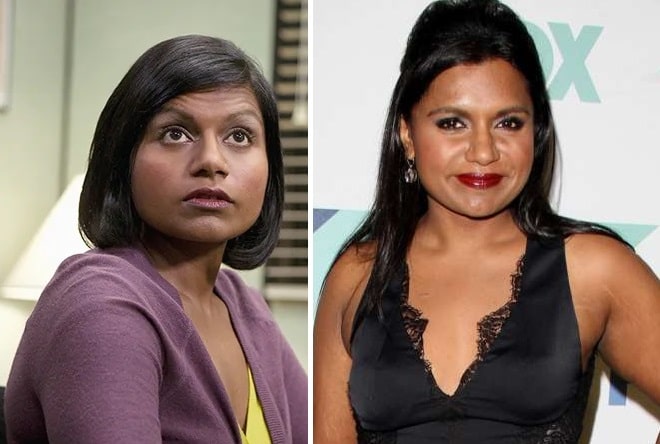 Did Mindy have Botox injections and filler?

Some explain this simply by the right choice of cosmetics when lip gloss is accompanied by a visual effect of increasing the volume of the lips.

The next explanation is lip augmentation. But neither the actress herself nor anyone else has confirmed this. The changes in Kaling’s face became especially noticeable during the filming of the show “The Mindy Project”.

The audience noticed how her eyebrows rose, and her eyes became bigger because of this.

Some attribute this to the fact that a woman needs to have a beautiful appearance that meets standards for filming in Hollywood, so Mindy had to lighten her skin a little and do a facelift. To some extent, such assumptions seem strange and far-fetched.

Now let’s talk about her teeth. Some claim that her teeth were subjected to intensive dental work. Although it can be said that a visit to the dentist is common among people, compared, for example, with a visit to a plastic surgeon. However, in some pictures, many people notice the intervention of dentists in the formation of the bite. 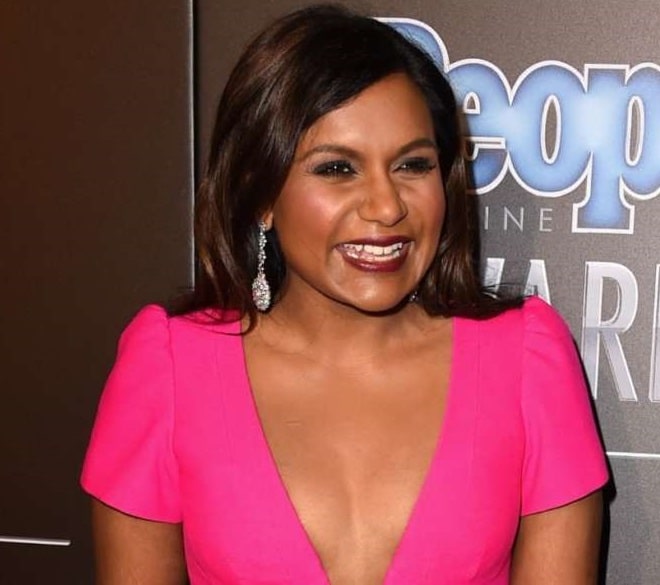 As for the fact that Mindy had a breast correction, the actress did not confirm anything. Her boobs look as small and neat as they did in her twenties and thirties. It would be difficult to say that they have implants in them. Probably, Kaling is already so happy with her breasts that she no longer needs to seek help from plastic surgeons.

Many fans are inclined to believe that Mindy did not have breast augmentation. Her boob, you can say, has not changed. She is small and neat, not at all huge. The actress probably doesn’t belong to women who try to shock with the size of their breasts.

Moreover, the structure of her body does not imply the presence of a huge breast. So, from this point of view, Mindy took the path of least resistance and kept her size. Perhaps she could just make corrections so that they don’t lose their existing form. 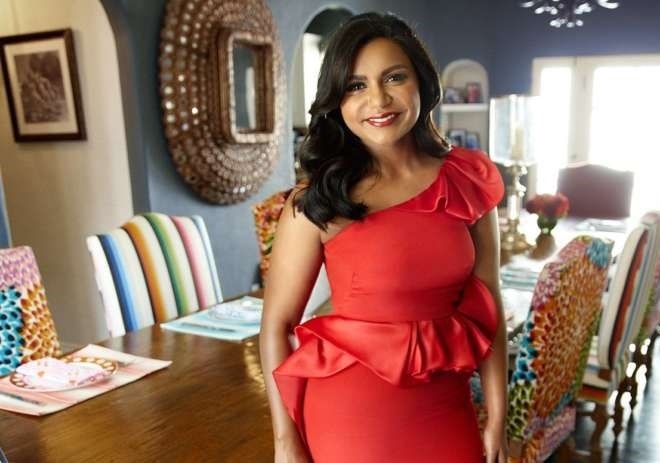 How did Mindy lose weight?

There was a lot of talk about the fact that was noticed several times that her body shape changed. She personally confirmed that for some projects and films she had to lose weight. But this experience can be called positive, despite the fact that it is difficult to survive it in many aspects.

Mindy followed a variety of diets, drank water, juices, and engaged in meditation. Hence, such a sharp weight loss and giving the body slimness and lightness.

Of course, Mindy is far from model standards, but she looks neat and proportionate, she can be called a very nice and pleasant girl.

Before the release of her show “The Mindy Project”, external changes occurred. In particular, many people said that her skin had lightened dramatically, and they were also pleasantly surprised by the change in the shape of her body: she had lost a lot of weight.