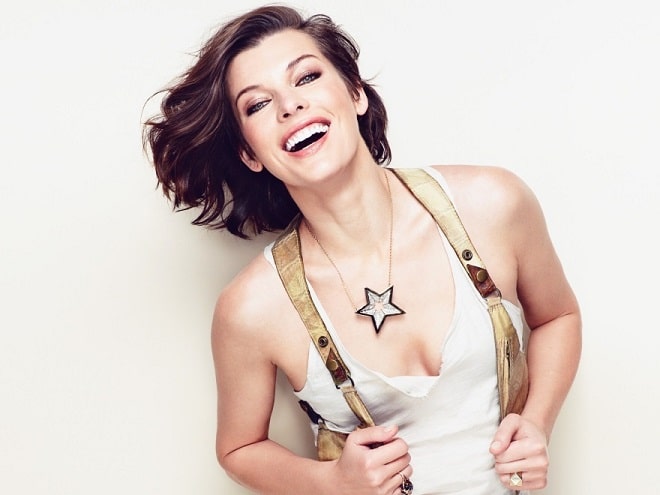 Milla Jovovich is a Hollywood actress of Slavic origin, model, fashion designer. The real fame came to her after the release of the picture “The Fifth Element”.

Milla Jovovich in her youth

Milla was born on December 17, 1975, in the capital of Ukraine – Kyiv. Her mom worked at the Kyiv film studio. Father – Bogdan Jovovich, a Serb, came to Kyiv as part of the program of training foreign students. He studied to be a doctor.

The parents of Milla emigrated to the United States when the girl was barely five years old. 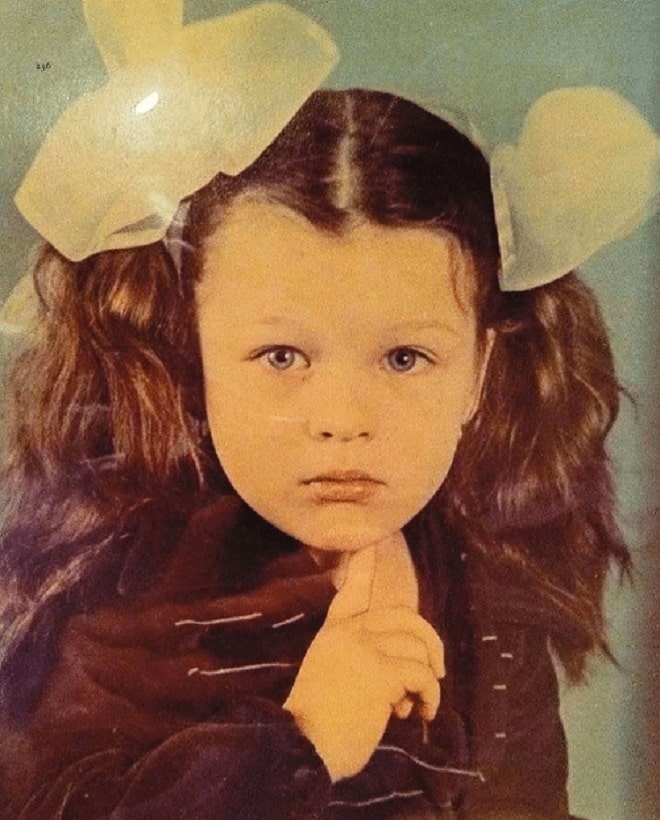 Popularity came to Milla Jovovich as a child when her photos graced one of the most prestigious glossy magazines in America. Even before graduating from school, the girl began a career as a model. The mother, as a former actress, it was clear that the girl clearly had acting talent. She sent her to a Professional acting school in California. Then she changed her modeling business to the cinema, and absolutely did not lose – her name is known all over the world, films with her participation are popular, and the actress herself is basking in fame and audience love.

The first photos of Milla Jovovich appeared on the covers of glossy magazines back in 1986, when she was an eleven-year-old girl. Her image was printed by Italian and British publications. When a picture of the girl appeared in the magazine “Mademoiselle”, intended for an adult audience, a real scandal broke out. The publication was sued by the public, who accused him of using a minor child in show business.

However, such anti-advertising only helped the young model, she was offered cooperation by several other publications and trademarks, and with a world name. 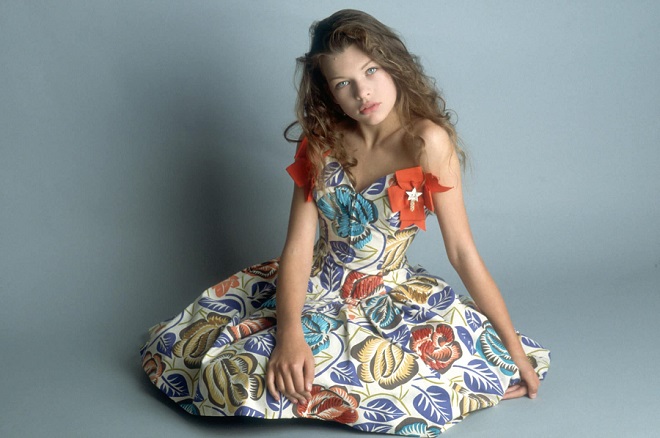 In 2003, she became the “favorite supermodel” of the famous fashion designer Gianni Versace. The following year, her name appeared in Forbes magazine along with other richest models in the world. 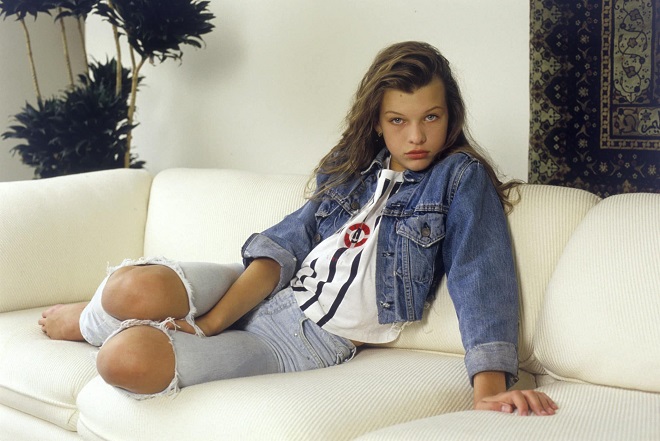 Milla Jovovich has excellent external data and keeps in excellent shape all the time, so she is often called to shoot for fashionable photoshoots. Fans continue to admire her figure, especially when Milla poses topless or in a swimsuit.

Milla made her debut in cinema solely thanks to the modeling business. Her cinematic biography started with the picture “The Night Train to Kathmandu” when she was just a thirteen-year-old teenager.

Her first popularity came to her after filming in the American drama “Return to the Blue Lagoon”, where the aspiring actress was entrusted with the main role. For this work, Jovovich received two awards – best actress and a worst new star, which she was awarded during the presentation of the Golden Raspberry. Milla was very upset, gave up cinema, and went to Europe to try her hand at music. 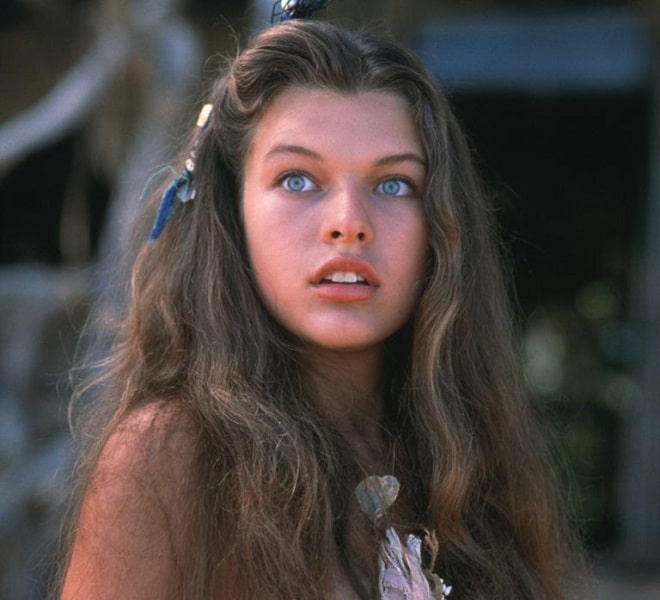 Milla Jovovich in the film “Return to the Blue Lagoon”

Unfortunately, it didn’t work out with the music, and Jovovich returns to the cinema. In Europe, Milla met with the famous director Luc Besson, who was just looking for an actress for a new project called “The Fifth Element”. Mila got the main role. 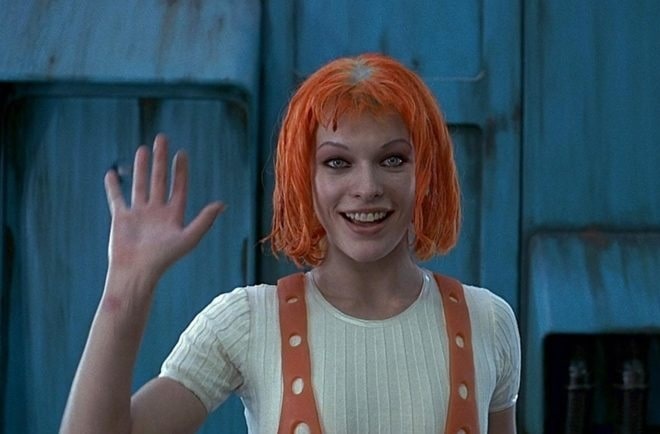 Milla Jovovich in the film “The Fifth Element”

After the release of this movie, Jovovich learned what world fame and star status are.

The collaboration with Besson continued with the film “The Messenger: The Story of Joan of Arc”, in which she again played a key role. This film again brought her the Golden Raspberry anti-award, but the girl met actors whose names are inscribed in the history of cinema in golden letters.

Perhaps Milla’s most successful work was the film “Resident Evil”. She was entrusted with the role of Alice, and Milla did her best to look organically in this role. She mastered a lot of techniques from martial arts because she had to perform all the tricks in this film herself. 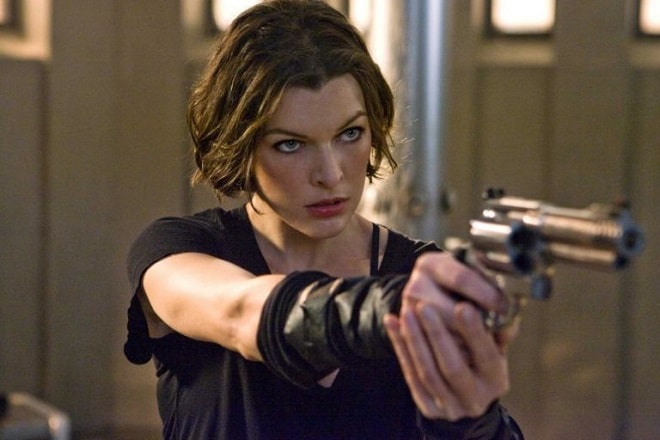 Milla’s biography develops in such an amazing way that her work and personal life are firmly intertwined in it. Jovovich’s first husband was Sean Andrews, with whom she starred in the film “Dazed and Confused” But the family happiness was short-lived.

During the filming of The Fifth Element, the girl falls in love with director Luc Besson. He also did not remain indifferent and after the release of the movie on the screens called her to marry. The wedding took place in 1997, but they lived for only two years, after which they divorced.

The official registration of Milla and Paul’s relationship took place only in 2009. The couple is happily married and this was confirmed by the birth of their second daughter in 2015 when Milla was already forty years old. The girl was given the name Dashiell Eden.

The couple still lives in Los Angeles, raising children, surrounding them with attention and love. In 2019, the actress announced that she was pregnant again. She herself informed her fans about it on her Instagram page. On February 2, 2020, Mila gave birth to her third daughter. 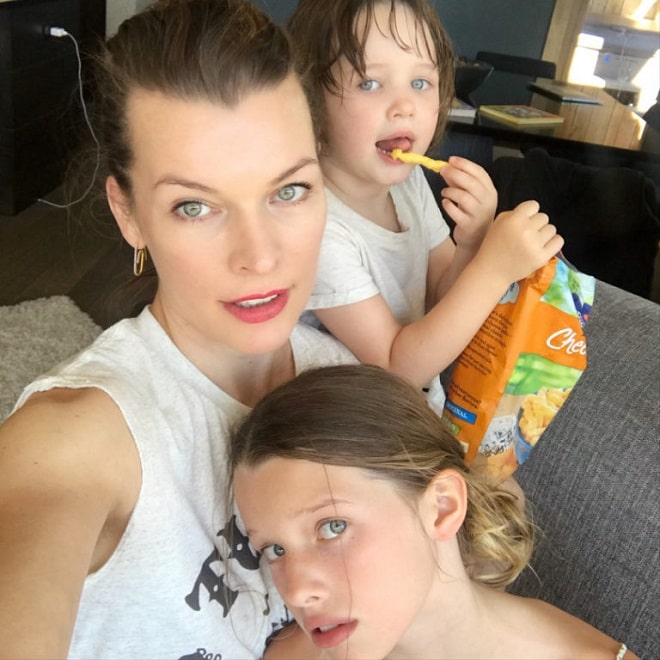 Did Milla Jovovich have plastic surgery?

Milla is the owner of a small breast, but contrary to all stereotypes, she has become a sex symbol of Hollywood. 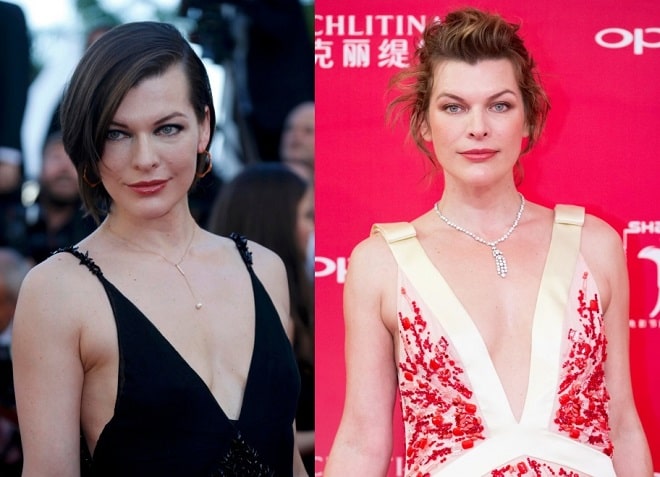 The actress does not consider a small breast size to be a disadvantage and is happy to wear dresses with a neckline. 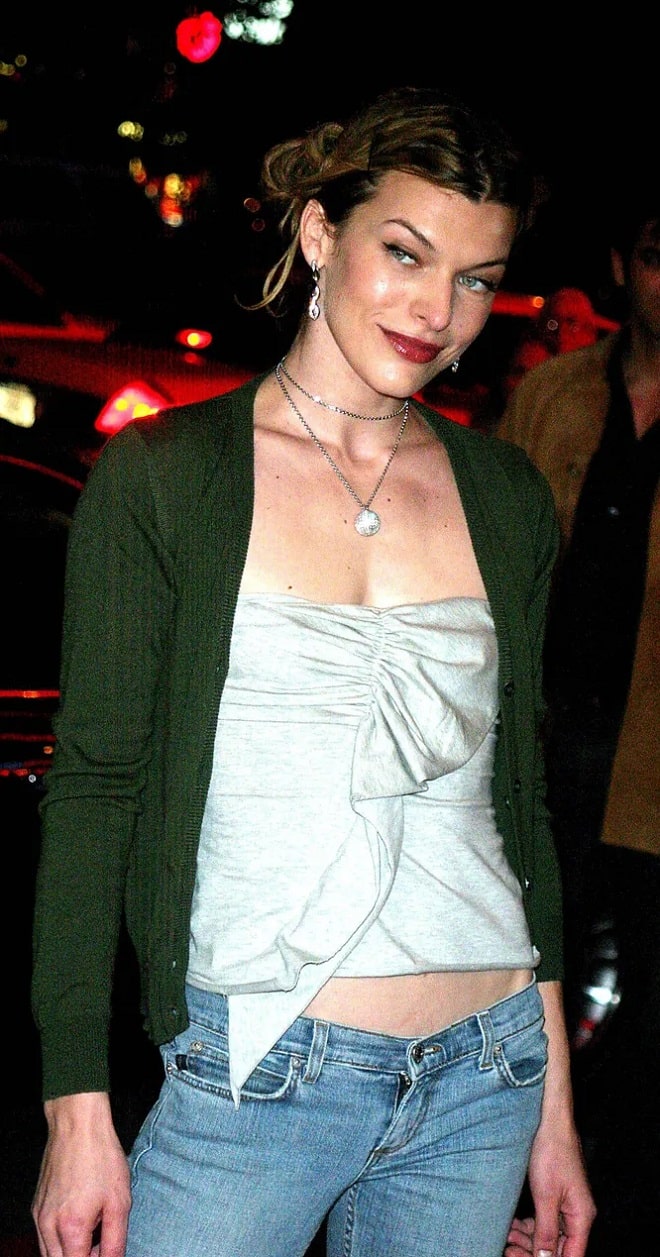 The star of “The Fifth Element” calmly shoots naked and strives to emphasize the naturalness of the forms. Critics constantly condemn Milla for deliberately focusing on the chest area, and she continues to wear revealing outfits. 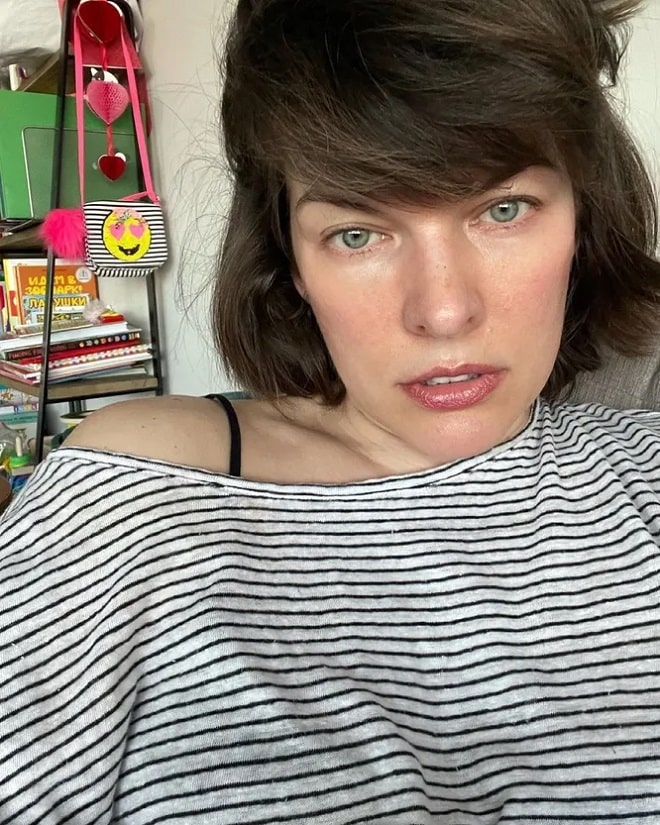 The star manages to take care not only of her relatives but also of herself. She works out at the gym, does not change her hair color, and does not do plastic surgery. The actress often poses without makeup.