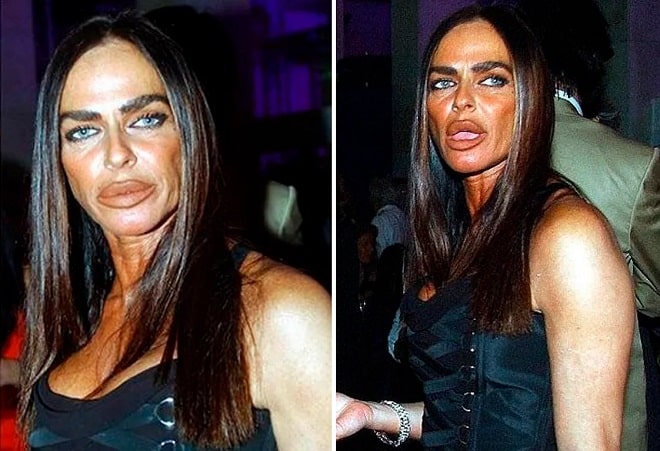 Michaela Romanini is one of the most famous victims of plastic surgery on the planet. The eccentric Italian for the time being did not attract the attention of journalists. But everything changed after she decided that she didn’t look attractive enough. To begin with, she corrected the shape of her lips, then began experimenting with the complexion, later did a facelift… In general, no one knows how many operations Michaela underwent, but there is no doubt that there were many of them.

Let’s compare how one of the most famous victims of plastic surgery, Michaela Romanini, looked in her youth and how her appearance changed after numerous operations.

Blonde hair, plump cheeks… Michaela Romanini grew up as an ordinary sweet girl in an average Italian family. Now her name sounds only in the context of the most unsuccessful plastic surgeries in the world. 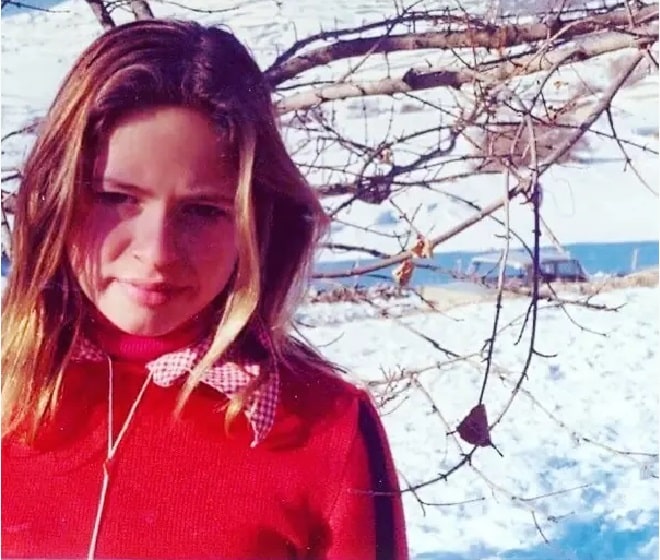 In any rating of the most famous victims of plastic surgery, the name of the Italian Michaela Romanini certainly appears. Her “transformation” is an example of what can become of a once bright and attractive woman if you do not stop visiting surgeons’s offices. 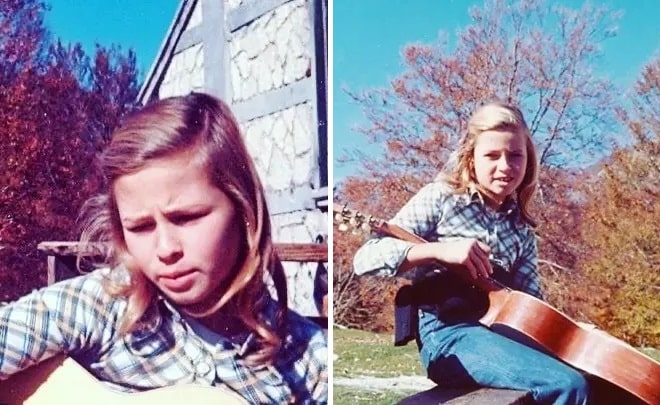 Michaela carefully hides her age, as she has not reconciled herself to the passing of youth and beauty. But bloggers found out that she was born in 1969. Her childhood and youth were no different from the lives of her peers. The girl had an ordinary appearance, during her school years she was fond of music and playing the guitar. 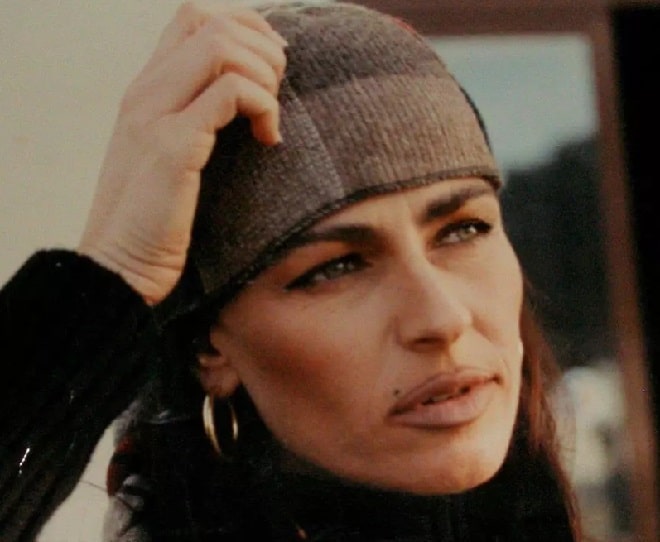 In her youth, Michaela Romanini began to look for her own style and experiment with her appearance. Soon she turned from a girl with brown hair into a bright brunette. The youthful swelling of the face disappeared, and Romanini became a real bright beauty. 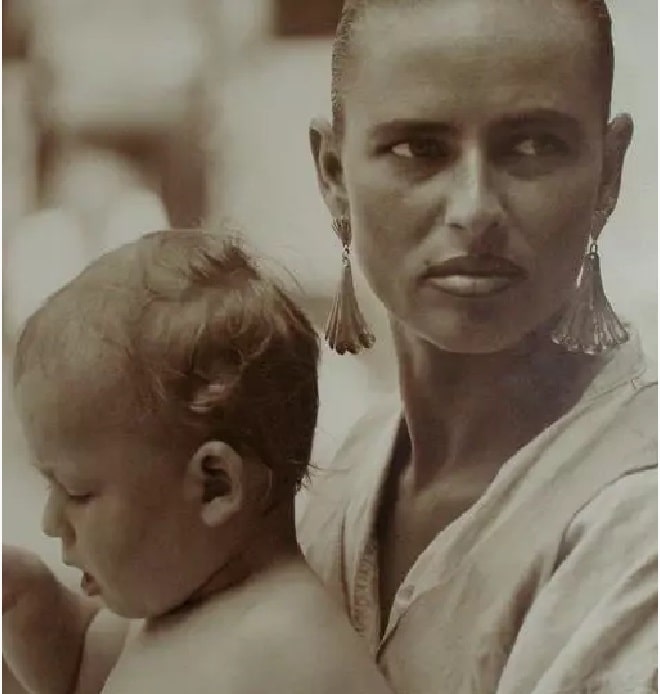 The Italian woman’s personal life was going well: she met her love and became a mother. 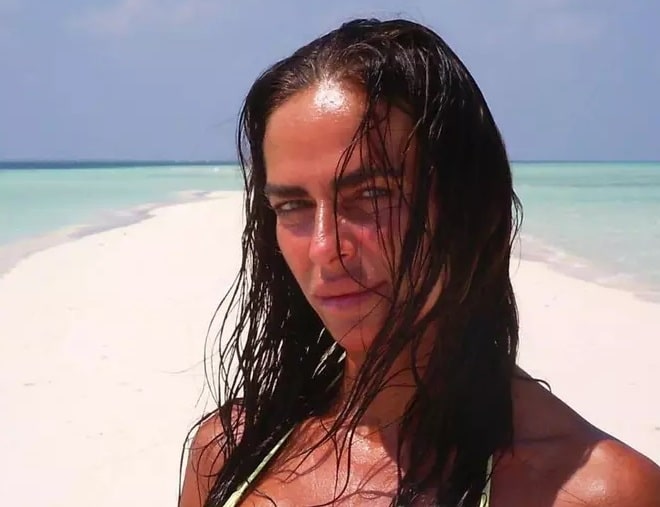 And, as it often happens, over the years, Michaela wanted to preserve her beauty, keep her youth. It was then that the Italian woman began to reshape herself. 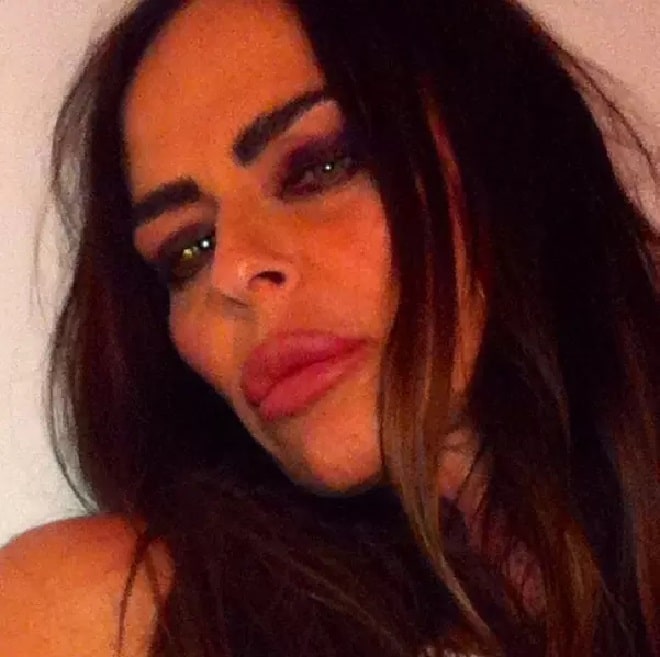 At first, Romanini injected fillers into her lips and botox injections all over her face. And she was so carried away by these procedures that she could not stop. As a result, her mouth became huge, and her facial expressions were unnatural.

By the way, Romanini holds a peculiar record — she has the largest mouth among her compatriots. She is also included in the rating of the ugliest Italians.

By the way, they started talking about her exactly when her face began to attract attention. One of her close relatives is married to a member of the Berlusconi family. Perhaps this connection helped the Italian woman to break into the light under the flash of cameras. Whether this is true or not, it is not known for sure, Michaela herself does not like to talk about her personal life. 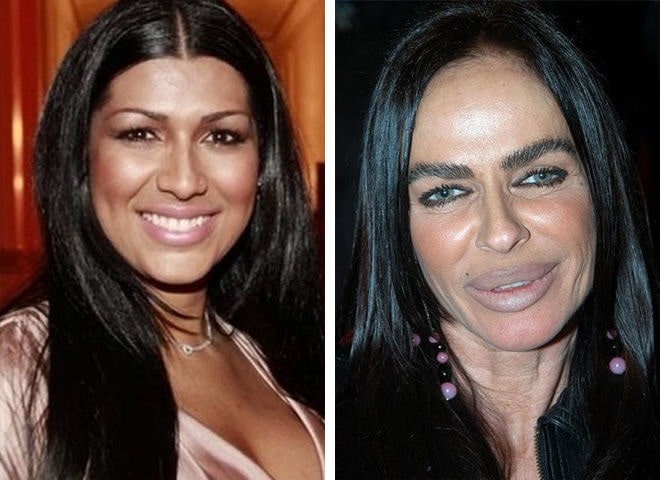 Year after year, Romanini’s appearance became more and more “original”. Deep wrinkles appeared on her face, which she also tried to eliminate with a scalpel. Her passion for tanning also played a role, although doctors strictly forbade her to spend a lot of time in the sun. 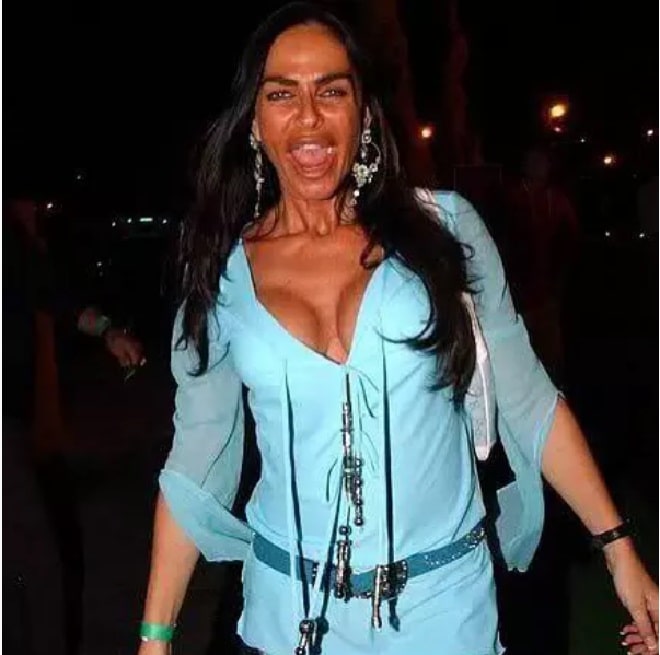 The changes also affected her boob. Breast augmentation surgery turned the once small tits of an Italian woman into two balls. In a word, Michaela has completely reshaped herself.

Judging by the fact that the page on the social network Instagram is full of children’s, youthful photos of Michaela, as well as images of supermodels of the 1990s, she is dissatisfied with how she looks now. And this is not surprising. Her face is so distorted from plastic surgery and the consequences of beauty procedures that she has changed beyond recognition and looks much older than her age.

Michaela Romanini is often compared to another victim of plastic surgery, the Italian Donatella Versace.

“Wow. I thought that only Donatella could do this with her appearance,” “They are so similar,” “Michaela and Donatella are one person, and both look like trannies,” Internet users express their opinion.

But there is still a difference between the Italians: Donatella has already entered the history of fashion, and Michaela is known only as an example of how much you can not accept yourself and disfigure your appearance. Rumor has it that Romanini plans to have a neck lift to make her age legend more plausible. Perhaps she will also surprise the world with another transformation.