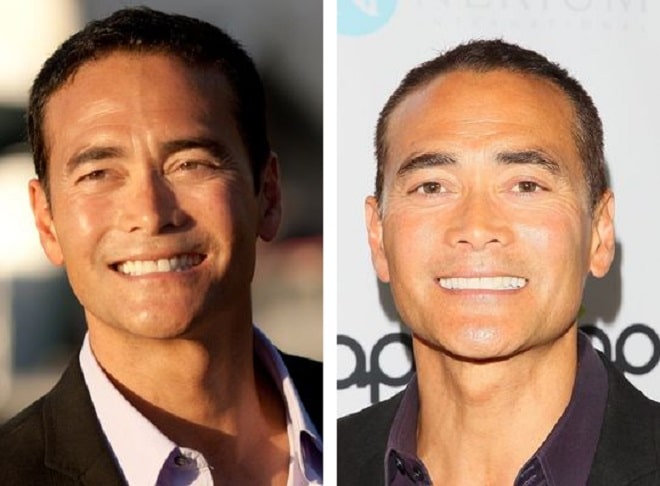 Action movie hero Mark Dacascos has updated his smile with veneers. The famous actor and martial artist made his smile more attractive.

From an early age, Mark Dacascos was a fan of martial arts and for a long time studied karate, judo and Shaolin styles. He repeatedly won various competitions and by the age of 20 had already become a famous person in the world of martial arts. In addition to his athletic skills, Mark had an exotic appearance and an attractive smile, which, like all natives of Hawaii, he did not hesitate to demonstrate. Such qualities could not be overlooked in Hollywood, so very soon Dacascos began to receive the first offers for filming.

In the 1990s, Mark Dacascos became one of the main characters of Hollywood action movies, a genre that was in its heyday at that time. In the early 2000s, the audience’s interest in such films subsided, so Mark began to appear less often on the screens. However, Dacascos never stopped keeping himself in great shape, and when he noticed that his smile was beginning to lose its appeal, he turned to the dentist, who noticeably updated his dentition. It is possible that the actor had dental prosthetics and veneers installed. Now the famous actor is engaged in directing and continues to delight fans with spectacular battle scenes with his participation.