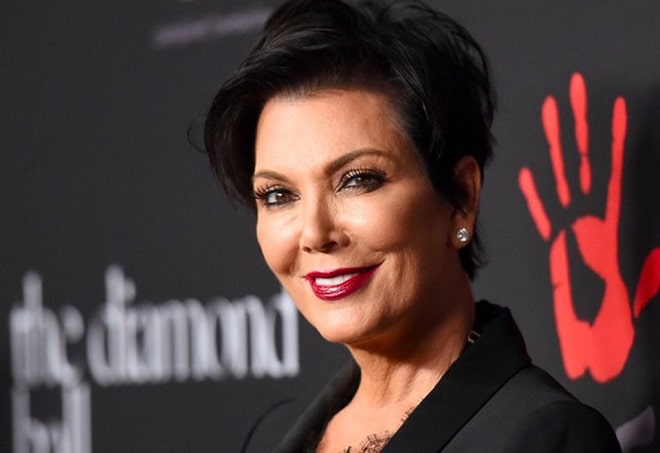 Today, Kris Jenner is one of the most famous women in the world. The star went from a flight attendant to a multimillionaire. A woman who not only managed to succeed herself but also brought each of her daughters to him.

Kris was born on November 5, 1955, in San Diego, California. In her youth, Kristen Mary Houghton — that’s what her name used to be-worked part-time at a donut shop as a cleaner. It wasn’t a dream job at all, but the girl was happy that she could earn on her own.

By the age of 19, Kris managed to be a salesman at a shopping mall and later became a flight attendant at American Airlines. This job gave her a lot – taught her punctuality and responsibility. In addition, it was in the sky that the girl met Robert Kardashian. And although he was not yet famous all over the world — he managed to make quite an impressive fortune. 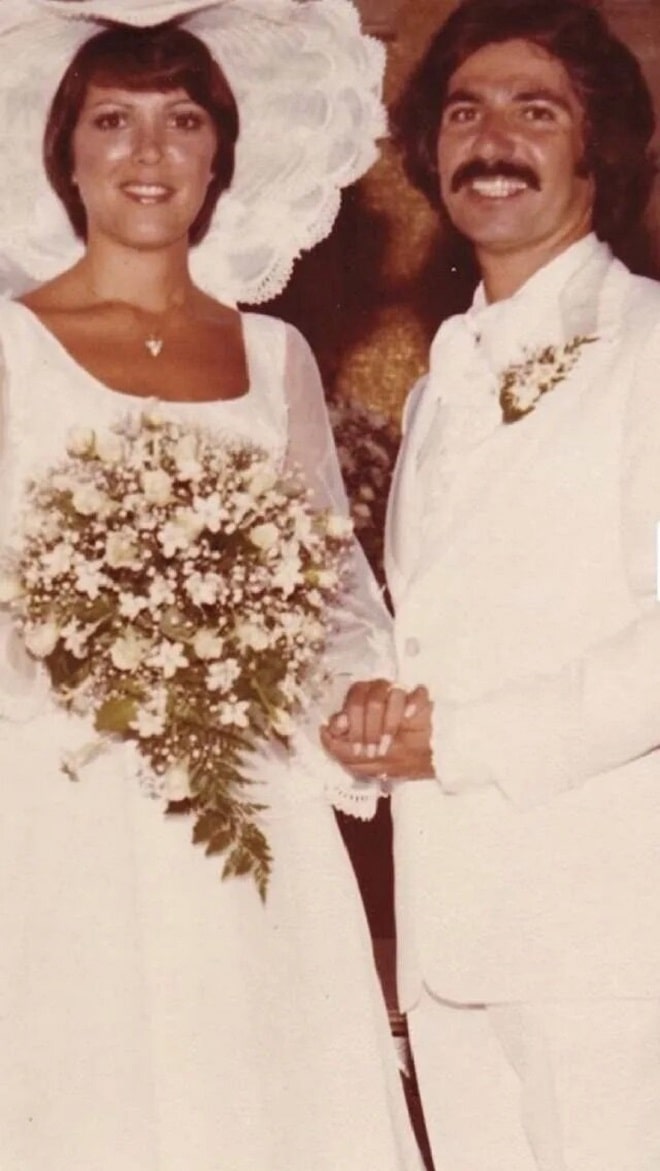 At the age of 22, Kris married a lawyer and became a housewife. She gave birth to four children to Robert – Kourtney, Kim, Chloe, and Rob. The lawyer’s wife quickly got bored with the home routine — even fun hangouts with friends did not dilute the boredom. That’s probably why Kris decided to divorce her husband. 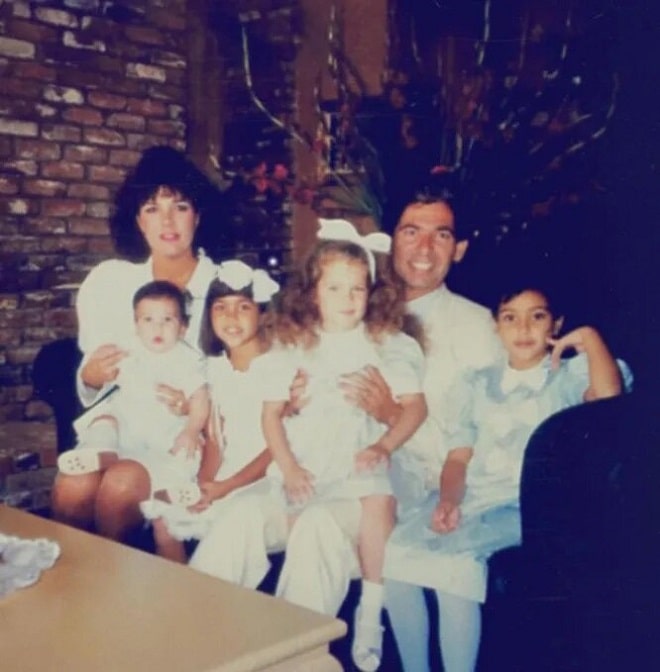 Three years after this event, the mother of many children for the first time felt a taste of fame — her name and photo were increasingly flashed in the press because of the high-profile court case of her ex-husband – he defended O. J. Simpson, accused of the brutal murder of his wife Nicole Brown. 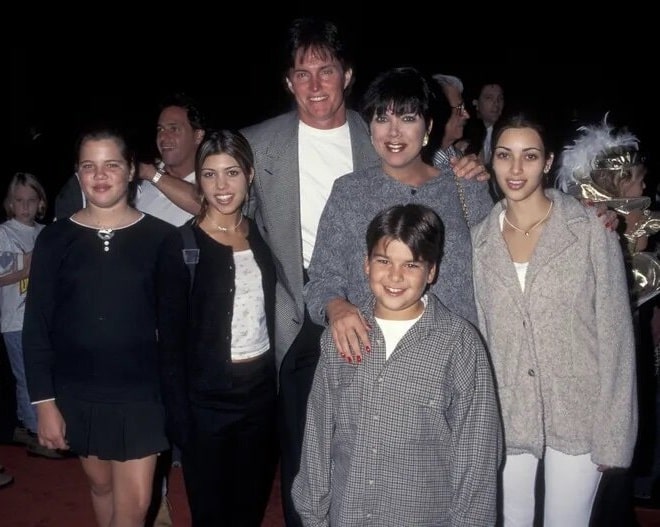 After Nicole died, Kris literally fell into depression. The second husband, Bruce Jenner, had to literally force his wife to get out of bed. Probably, it was the support of her lover that gave the woman the strength to recover — in gratitude, she began to help him as an unofficial manager. It was then that Kris’s main talent was revealed — she immediately realized that Bruce had the ability to speak publicly, and used her husband’s strong side. 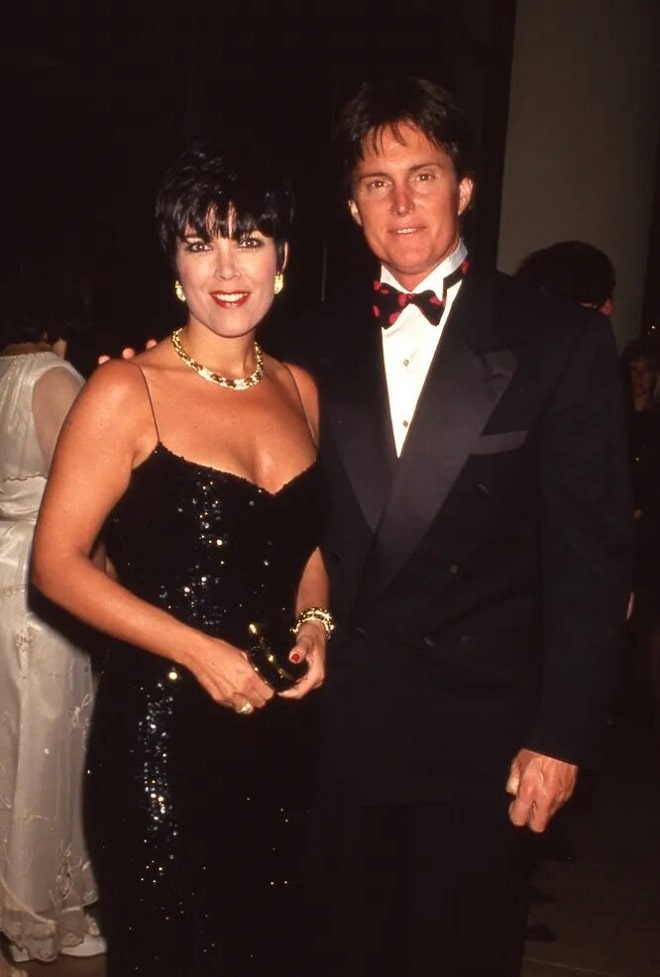 In her second marriage, Jenner also tried her hand at television — she was a correspondent on a talk show. In the early 2000s, Kris decided to help Courtney – they opened a joint children’s clothing boutique. Thanks to the experience gained, the woman became the creator of the Dash store a few years later. Her older daughters worked for her as the main faces of the store, and Kris herself was mainly engaged in administration. 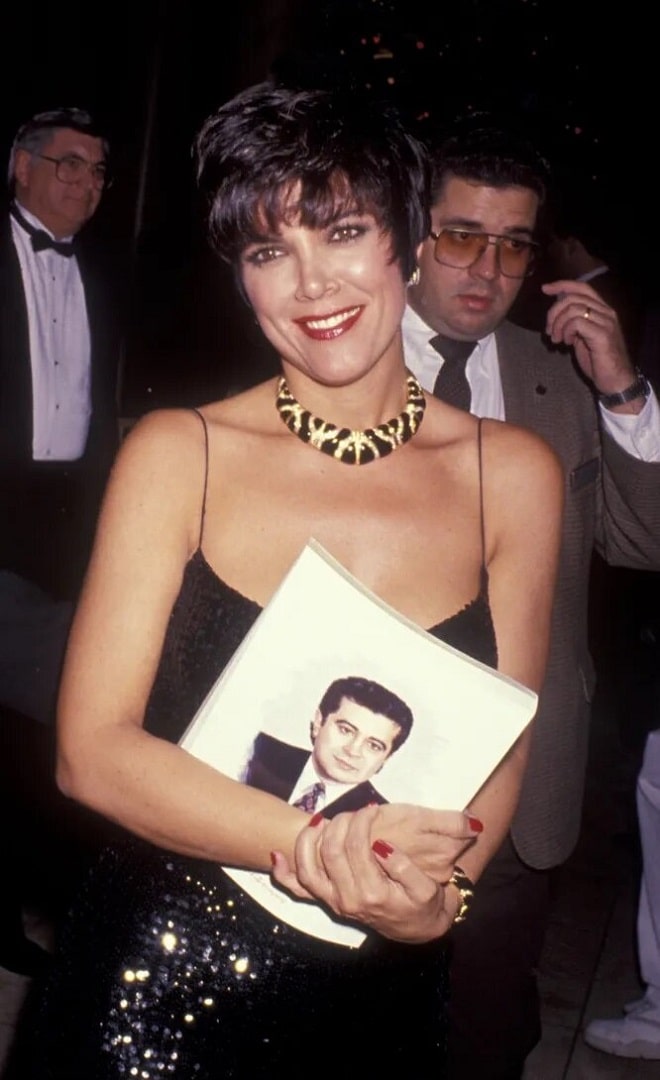 A few years later, Kris again felt the interest of the press, however, already to the person of the middle daughter – Kim. Then the girl had already managed to work as a personal assistant to Paris Hilton, and also to be a stylist for Lindsay Lohan. Jenner decided to use her daughter’s growing popularity to launch a reality show about the life of a wealthy family. The idea was far from new — by that time, The Osborne Family had managed to collect record views and close.

The first season was shown in the fall of 2007. From the very first episode until the finale of the project, Kris was one of the executive producers. The show about the Kardashian family lasted for 20 seasons, making its characters not only superstars but also millionaires. 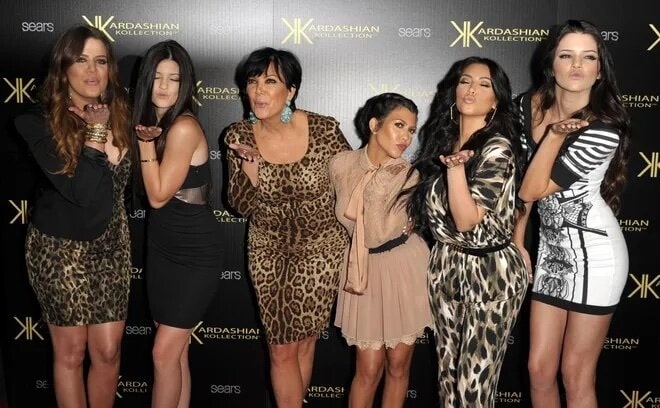 Kris was the reason for the appearance of such a word as a momager. Let’s explain that this is a combination of two words — mom and manager. Jenner really remained extremely close with her daughters, solving their problems not only as a parent but also as a manager. Absolutely every one of Kris’s daughters has achieved tremendous success. 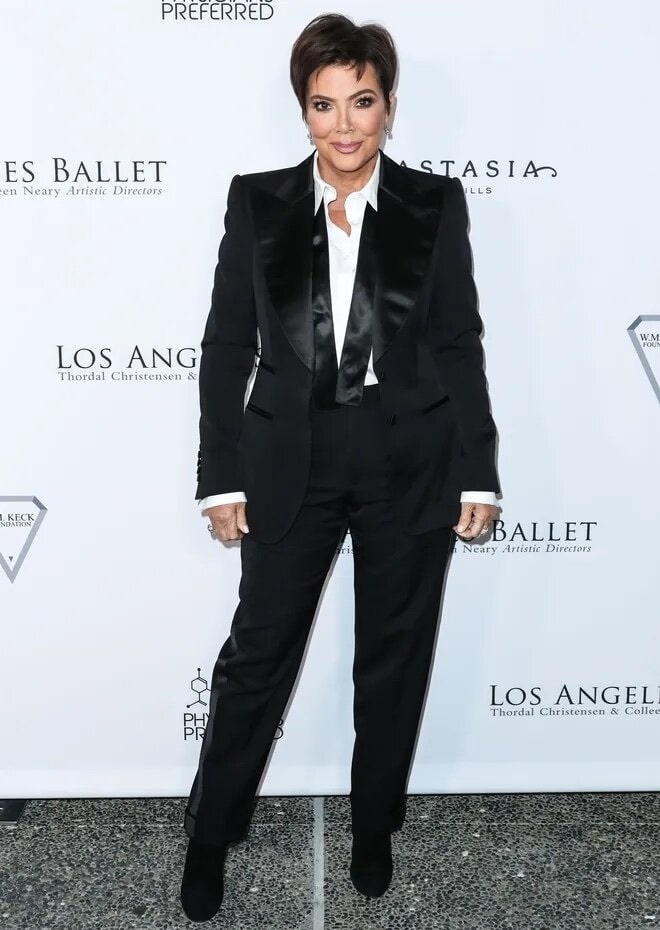 Now Jenner lives for her own pleasure — even after the show closes, she can have no doubt that her name will appear on the front pages of magazines and her fortune will grow from year to year. Kris is happy in her personal life — for several years she has been dating a young music producer Corey Gamble.

The faces of all the women of the Kardashian family change every year — and all this is the work of the best cosmetologists, plastic surgeons, and photoshop specialists. We decided to find out from a professional what kind of operations Kris Jenner did. 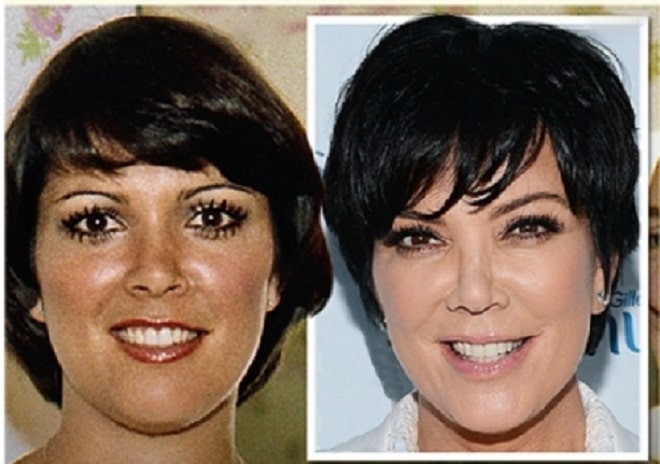 Comparing the photos of the Kardashian family mother in her youth with the current pictures from the red carpets, we can say that Kris Jenner visited a plastic surgeon for a forehead lift and eyebrow lift. Kris had a nose job, correction of the nose wings was performed. 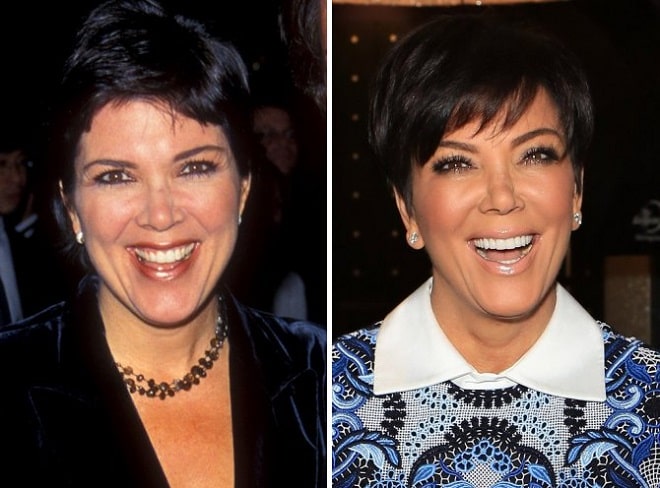 Her smile looks great, it’s obvious that veneers have been installed on her teeth.

Kris Jenner does not hide that she uses the services of plastic surgery specialists. Jenner had a face and neck lift in 2011 before Kim’s wedding and called the operation an extremely inspiring life experience.

“I needed to freshen up a little bit, and I did what any girl should do!” said Jenner. 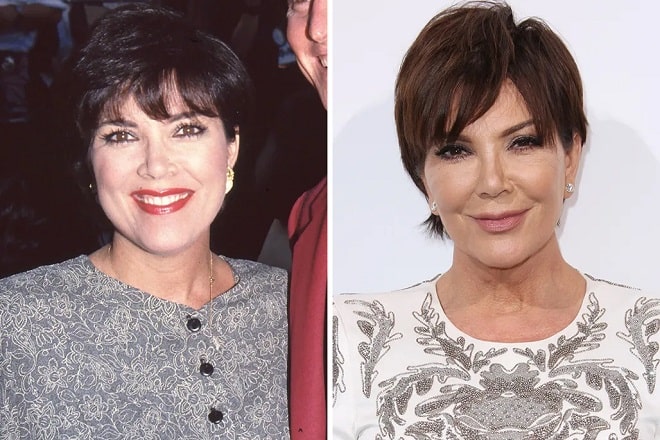 The facelift definitely did the star well.

After the birth of the children, Kris had a boob job. At first, she had a breast augmentation, but then she removed the implants and had a breast lift.