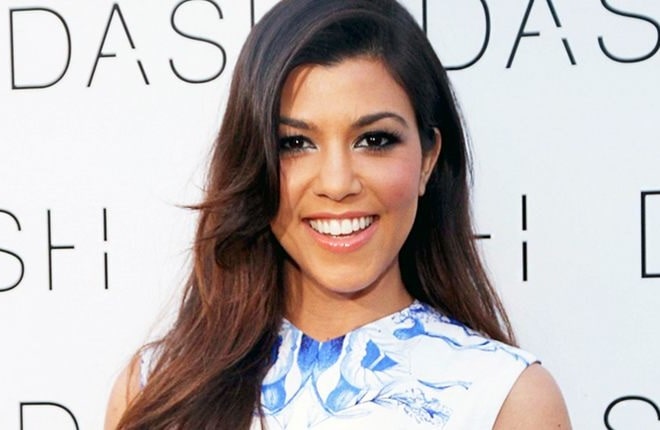 Kourtney Mary Kardashian was born into the family of famous lawyer Robert Kardashian and socialite Kris Jenner on April 18, 1979, in Los Angeles, California. Besides the fact that Kourtney is a mom, a reality TV star, she is also a successful entrepreneur. In addition to managing a chain of clothing stores called Dash, Kardashian also co-owns a children’s boutique with her mother.

Kourtney was the first to appear in a reality show back in 2004, having done rhinoplasty by this time. Unlike many show business stars, Kourtney never hid that she had a nose job and openly talked about her plastic surgeries. 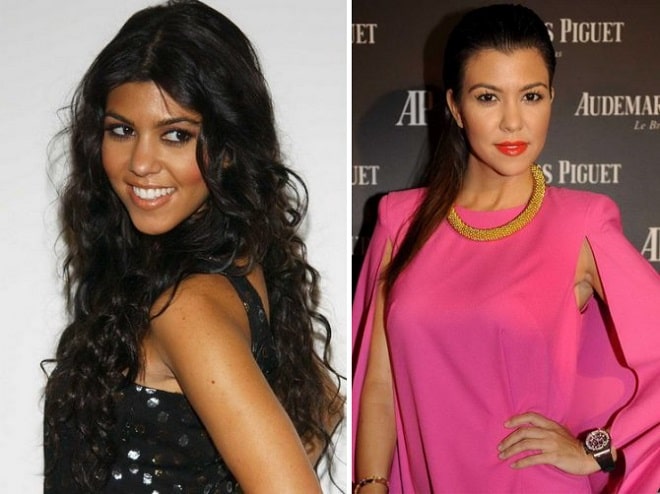 The star does not hesitate to show photos before and after breast augmentation. 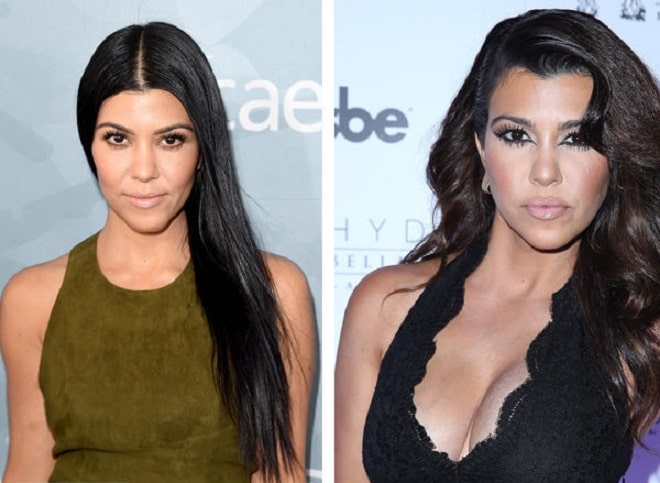 “Yes, I made a boob job, it’s not a secret. What a pity that this will not be a reason for speculation and gossip in the media. My body, I do whatever I want with it,” Kourtney said.

Bold confession and not at all typical of the Kardashian family. 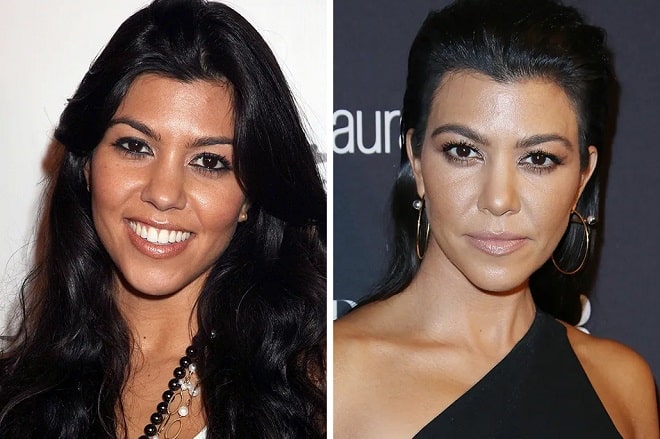 Perhaps Kardashian uses botox injections in the forehead and around the eyes, as well as fillers in the lower third of the face (cheekbones, lips, chin). 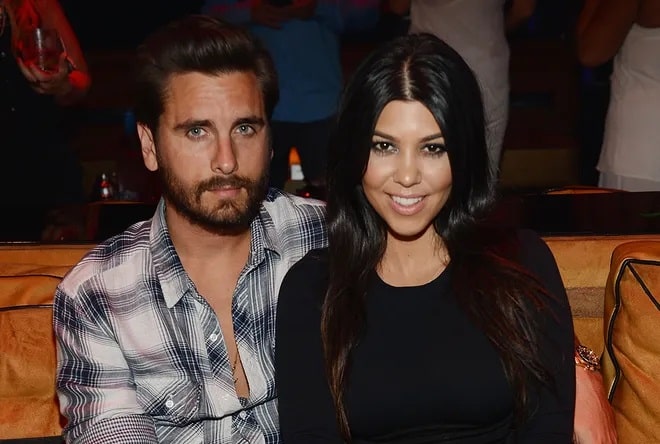 Scott Disick became part of the Kardashian clan in 2006 — in the midst of a reality show about this family. The secular photographer became a superstar overnight.

In 2009, Kardashian dumped her boyfriend, tired of his love affairs on the side, but soon found out that she was pregnant, and decided to give this relationship another chance. In December of the same year, their firstborn son Mason was born.

The Kourtney sisters kept insisting, “This guy is not for you.” The reasons for saying so were more than valid: by that time, Disick’s stellar illness had developed into alcohol and drug addiction. Scandals in the family did not subside, and Scott’s lifestyle became even more rampant, while Kourtney devoted herself to her son. She would have left her boyfriend, but she forgave him over and over again — for the sake of the family.

Disick made a marriage proposal in 2010. But Kardashian didn’t need it: she refused, citing her unwillingness to marry.

Nevertheless, the lovers stayed together, and in 2012 they became parents for the second time — their daughter Penelope was born. With the birth of his daughter, it seemed that Scott had settled down: his inappropriate behavior, riotous lifestyle, and infidelities were in the past. Disick and Kourtney were even going to get married at last!

Alas, it was the calm before the storm. No wedding took place because Disick never managed to overcome his addictions. And Kardashian was then carrying their third child under her heart… 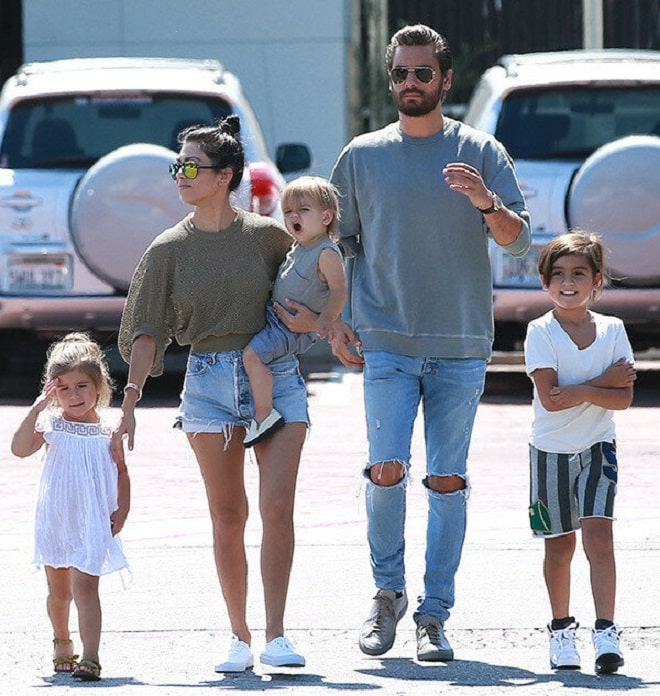 It was the most difficult pregnancy – Kourtney was emotionally crushed. On December 14, 2014, she gave birth to her son Rain, but the relationship with Scott could not be saved. Immediately after the birth of the third child, Disick went to rehab to undergo treatment for alcoholism but did not last a week in the clinic. In the summer of 2015, when baby Rain was about six months old, his parents separated. This time it’s final. 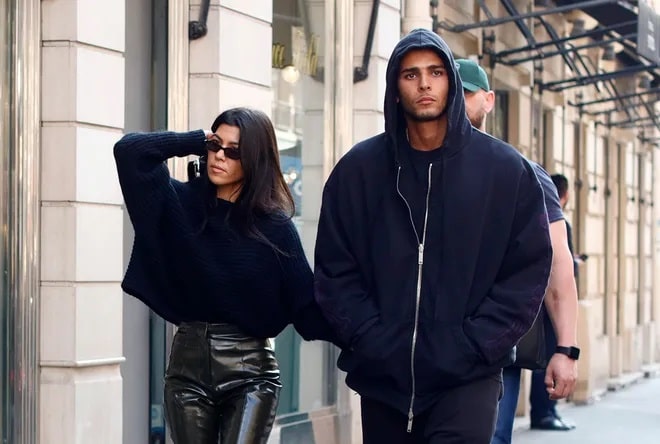 In 2016, Kourtney’s 37-year-old mother with many children had an affair with ex-boxer and mannequin Younes Bendjima, who was only 23 years old. The 14-year age difference confused everyone except the lovers themselves.

“Younes is her type. She brags to her friends about his figure, especially his abs cubes, says she can’t take her hands off his sexy body,” insiders said. And indeed: these two were glowing with happiness next to each other.

Alas, the fairy tale did not last long. When the passion subsided, Kourtney and Younes realized that they were not on the way, and in 2018 they broke up.

Either Kourtney threw herself into motherhood, or she carefully hid her personal life, but we only found out about her new boyfriend in 2021. In January, the eldest of the Kardashian sisters presented to the public her chosen one – 45-year-old drummer of the punk band Blink-182 Travis Barker.

From the very beginning, it was a relationship full of pompous romance. Here have public declarations of love, passionate Instagram photos, and bouquets of flowers – such that you can get lost among them.

After just a few months of romance, the rock musician surprised not only Kardashian but the whole world by getting a tattoo with Kourtney’s name on his chest. On her 42nd birthday, Travis also tried to be original: he decorated the birthday girl’s house with an impressive composition of white tulips – her favorite flowers.

On October 18, Travis proposed marriage to Kourtney on the ocean in Montecito, California. He laid out a heart of thousands of roses on the beach, decorated the composition with huge candles, brought his chosen one there, where he asked the main question. And this time she answered “Yes!” without hesitation.