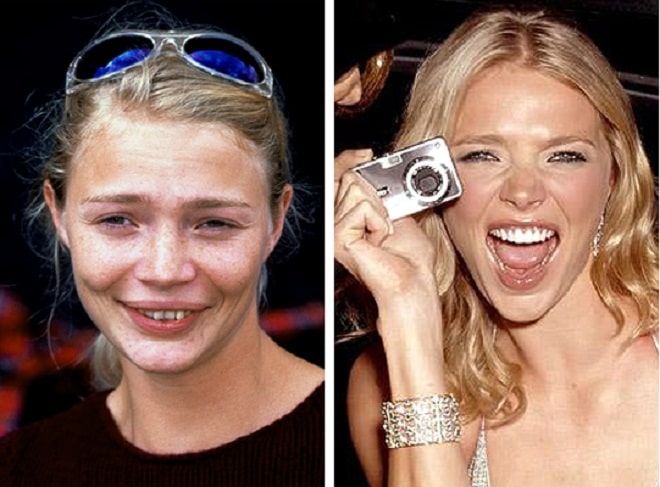 The model has gone through many dental procedures for the sake of a beautiful smile and career.

Jodie Kidd has never been particularly beautiful: a broad face, freckles, uneven teeth. However, fashion gurus saw 15-year-old Jodie as a style icon. They admired the figure and unusual features of the girl, but they considered it necessary to correct the smile.

According to rumors, at the dentist’s appointment, Kidd felt terrible and screamed in pain, but the effect of the procedures performed impressed the model: the teeth became even and light. Magazines with Kidd’s photos flooded the shelves and the Internet. However, even a Hollywood smile did not save the model’s career. Jodie was diagnosed with anorexia. To date, the weight of the girll has returned to normal.