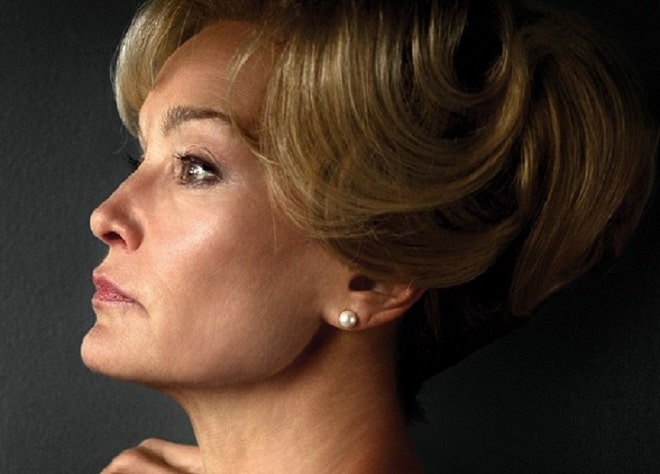 Charming blonde Jessica Lange in her youth proved to the audience and film critics an unsurpassed acting talent. She broke into the film industry as a defenseless beauty in “King Kong” and soon collected a collection of honorary awards. Two Oscars, five Golden Globes, three Emmys, one Tony, and endless fan recognition.

Jessica Lange in her youth and now

The greatest actress of her generation was born in 1949 in the family of a traveling salesman who traveled all over Minnesota. Nature has rewarded Jessica with many talents: from a young age, she danced, engaged in pantomime, and painted. The University of Minnesota even awarded her a scholarship in fine arts, but the leggy beauty preferred the bohemian life of a dancer. 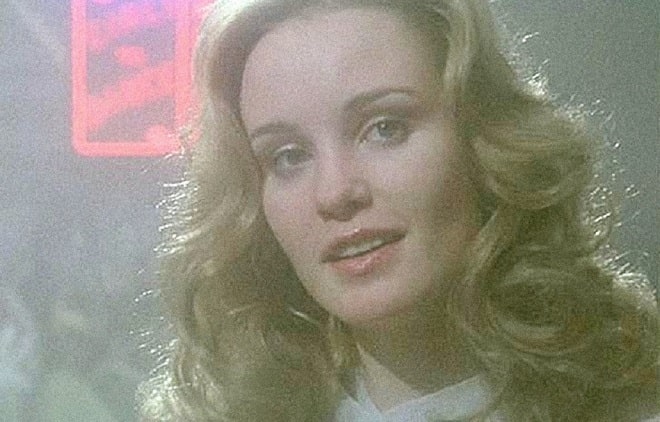 Jessica Lange’s acting career in her youth began with pantomime courses and small theater roles. In the early 70s, the beauty abandoned creativity and got a job as a waitress in a New York cafe. Fate brought the blonde together with the famous producer Dino De Laurentiis, and he sent Jessica to audition for “King Kong”.

The screeching and dreamy Duane performed by Jessica Lange won the director more than Meryl Streep and Goldie Hawn. After the premiere of “King Kong”, the 27-year-old actress became a favorite of the public, but film critics recognized her talent later. 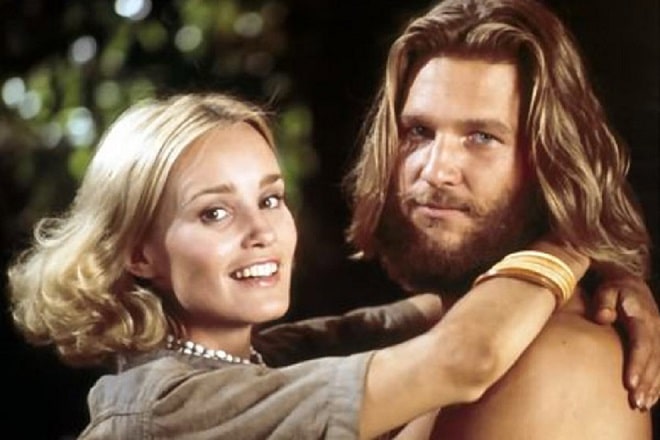 Each subsequent film with Jessica Lange invariably turned out to be at the top and received the highest ratings from the audience. The star threw off shyness and dictated the terms of cooperation to the directors herself. 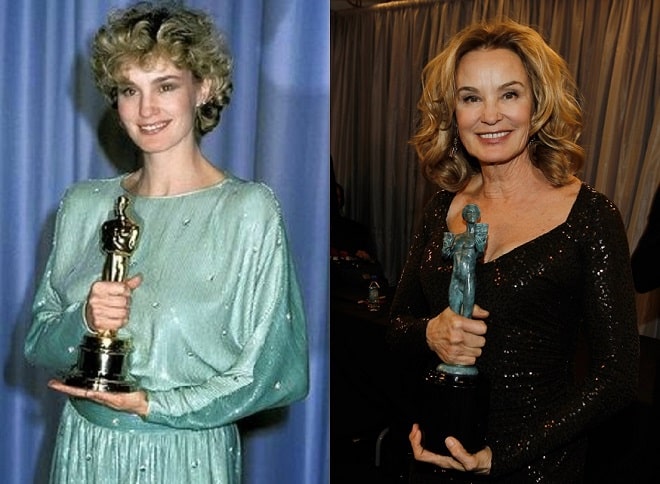 Since the mid-90s, the actress tried to leave the cinema but always returned.

The performer of the roles of self-sufficient women, Jessica also chose freedom in her personal life. After an unsuccessful marriage with the Spanish photographer Paco Grande, she did not seek to get married and maintained a relationship without official registration. For six years, Jessica Lange had a stormy romance with the dancer Mikhail Baryshnikov, from whom the actress gave birth to her first daughter. After the breakup, the famous blonde lived with the American screenwriter Sam Shepard until 2009.

In 2019, Jessica Lange celebrated her 70th birthday. The actress now prefers to relax on the ranch surrounded by her family. 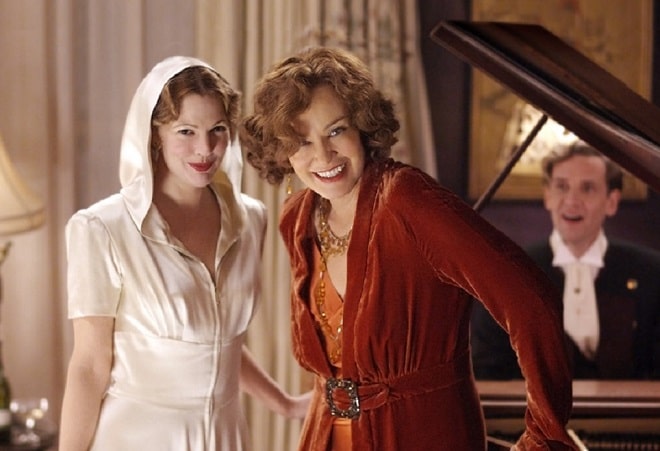 Luxurious blonde hair, aristocratic thinness of the face, a lively inquisitive look, a chiseled figure – this is Jessica in her youth. Photos of the 20-year-old actress fascinate with natural charm and charisma.

Now the Oscar-winning actress looks no less natural and feminine. However, a careful look will find several differences between Jessica Lange in her youth and now. 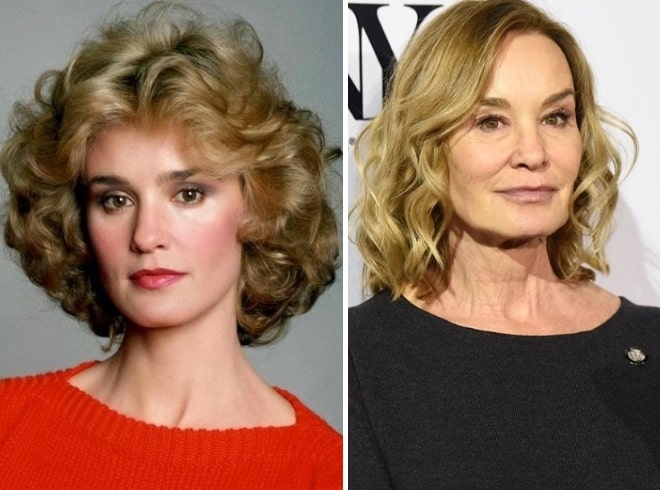 The eyebrows of her face have become more elevated and curved, the cheekbones are more clearly defined.

There appeared more confidence and magnetism in the gaze of the somewhat narrowed eyes. 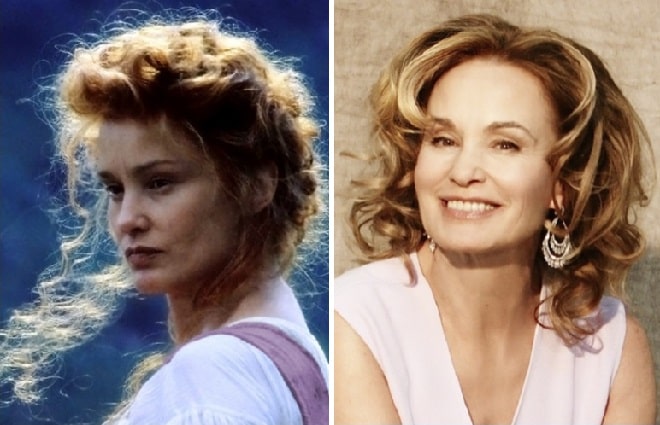 It is quite possible that she did a lifting of the upper part of the face to raise her eyebrows, tightened her chin and neck, and performed blepharoplasty for a more open look.

These plastic surgeries are evidenced by the absence of excess skin and folds, characteristic of the age of the actress.

Jessica herself publicly denies plastic surgery and calls for aging with dignity.

The beauty and attractiveness of Jessica Lange are appreciated by the cosmetics brand, Marc Jacobs.

In an interview, the actress admitted that she treats life as an adventure novel, and now “writes” its current chapter with special enthusiasm. 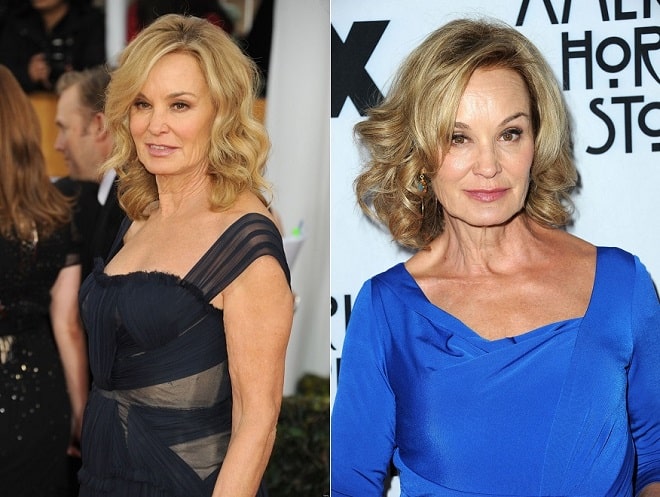