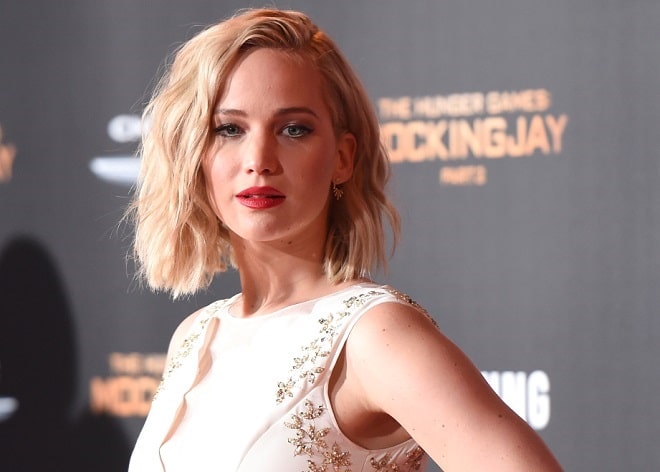 The purposeful and talented Jennifer Lawrence already at the age of 22 received an Oscar for the main female role and did not even think to stop there and rest on her laurels. On the contrary, for a rising star, the Academy award was the beginning of a grand beauty transformation.

Jennifer Lawrence is rumored to have spent several million dollars on plastic surgery. However, such investments quickly paid off. She is one of the highest-paid Hollywood actresses. 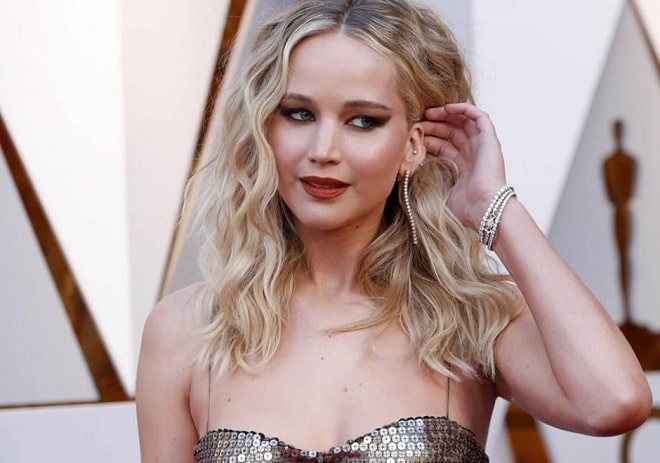 It is hard not to agree with this, looking at the photos of Jennifer Lawrence before and after the transformation. Spectacular appearance, successful career, adoration of the public is not just luck, but the result of a lot of work on yourself. Although the girl has changed, she has retained her naturalness and recognizability. 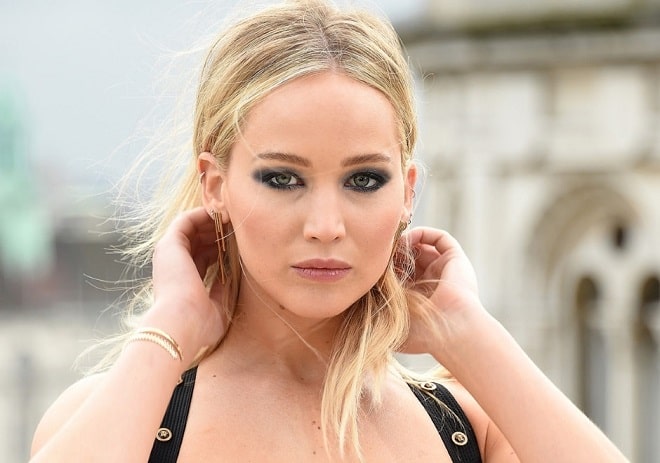 The actress, who began acting at the age of 14, excelled in the roles of teenagers. With the arrival of fame and a large number of new roles, Jennifer Lawrence took on the transformation of her own appearance. To turn from a cute girl into a real screen star, she turned to plastic surgery. The specialists did their work in a highly professional manner. The girl remained recognizable, and the changes only harmonized her appearance. 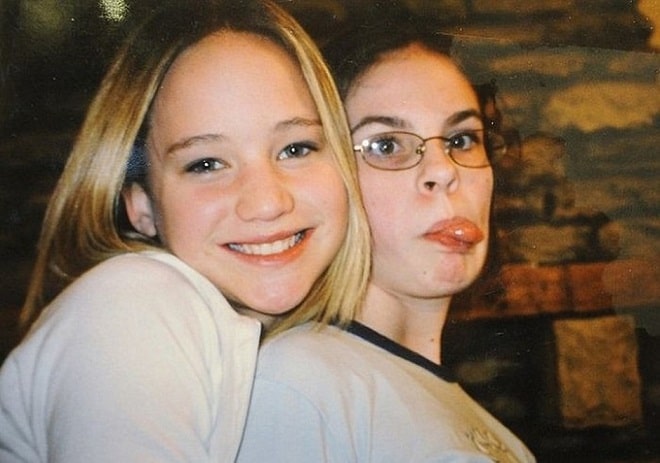 Her chubby cheeks disappeared. Most likely, the reason is significant weight loss. To correct the shape of the face, contouring was probably done. With the help of fillers, the shape and volume of the cheekbones were corrected.

Comparing photos from different years, you can see that the volume of the lips changed slightly after lip injections.

Also, the shape and position of the eyebrows changed.  Probably had cosmetic procedures designed to smooth her forehead and raise her eyebrows. I think they were Botox injections. 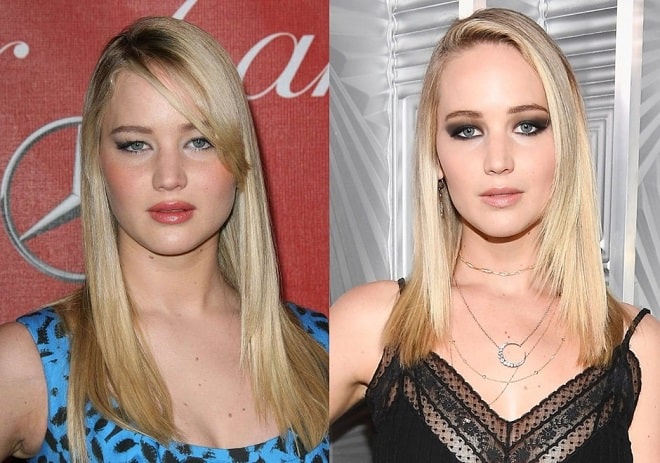 The significant change, which was noted by gossip columns and fans, was the correction of the shape of the nose. Before the plastic surgery, the girl had a large nose with a rounded tip and a wide bridge. After the success of the film “The Hunger Games”, the actress had a rhinoplasty and went on the red carpet. Fans noticed that the bridge of the nose became thinner. The plastic surgeon did a very neat job and Jennifer Lawrence’s face acquired harmonious proportions. The star did not comment on the rumors about the correction of the shape of the nose. 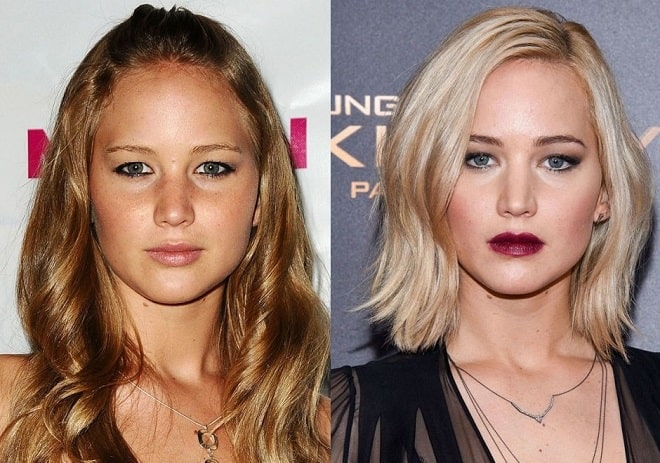 The next plastic surgery is the correction of the shape of the eyelids.

As a teenager, Jennifer Lawrence had drooping eyelids that looked too heavy and gave her face a sleepy expression. After blepharoplasty, the gaze became more open and the eyes became almond-shaped. 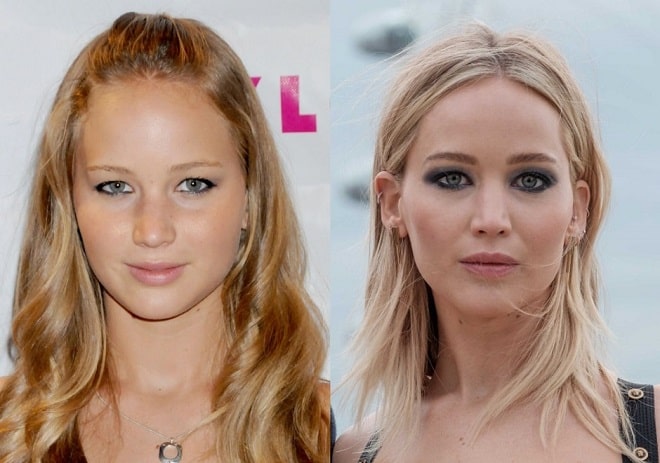 Jennifer Lawrence has broken a lot of men’s hearts: British actor Nicholas Holt, Gwyneth Paltrow’s ex-husband Chris Martin, the star of the series Liam Hemsworth. One of the secrets of her feminine appeal is a charming smile. But she wasn’t always like that. 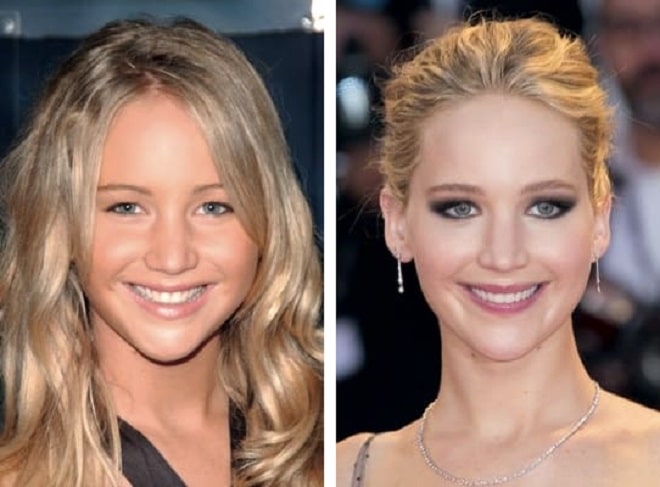 Jennifer probably turned to the dentist for help at the beginning of her film career. The fact is that the actress’s teeth are located with a strong inclination inward, which creates the effect of a “pike smile”. This is what dentists call an aesthetic defect in which the lateral teeth are asymmetrical in shape, visually seem smaller, which is why the face with a smile acquires a predatory expression.

Most likely, veneers were installed on Jennifer Lawrence’s teeth. Thus, it was possible to smooth out the shortcomings of the dentition, but the smile itself remained rather of the European type, as dentists say, in the form of a seagull wing. With this type of smile, the dentition is exposed only to the molars, and the corners of the mouth often look not up, but down, which causes an association with a bird’s wing.

Despite the fact that in recent years, Jennifer Lawrence has noticeably lost weight, while increasing the volume of her breasts, but the boobs look natural. If you do not have an idea of ​​her past appearance and what her chest looked like before, it is very difficult to guess anything. However, the change in bust size has clearly occurred. The actress did a breast augmentation. The plastic surgeon did a very good job with her tits. The breast implants were clearly handpicked to her anatomy. 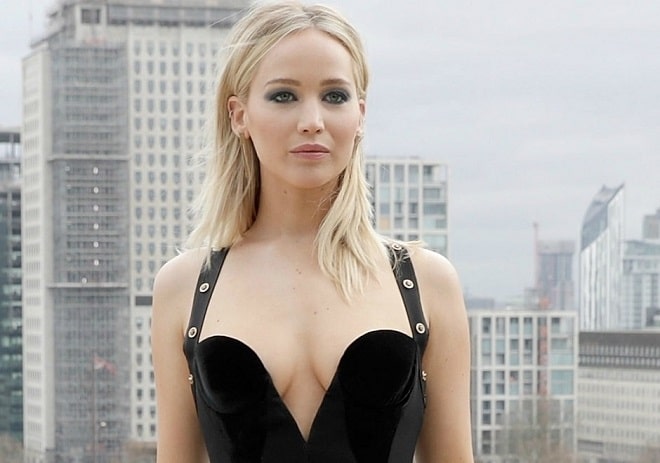 Jennifer Lawrence is an ardent opponent of diets and confesses her love for fast food. And to keep the body in shape, the actress uses the advice of fitness coach Dalton Wong, which is based on balance. That is, she is not ready to give up her favorite dishes, but she uses them in moderation.

Training her body is an integral part of the life of an actress. In her opinion, the main thing is to find the sport that would bring pleasure. For Jennifer Lawrence, it’s Pilates and yoga.

In professional photos taken by an experienced photographer and processed in a graphic editor, the body of a star always looks perfect. But in the photos taken by the paparazzi, everything does not look perfect at all. In the photo of Jennifer Lawrence in a swimsuit, you can see cellulite in the areas of the buttocks and thighs. 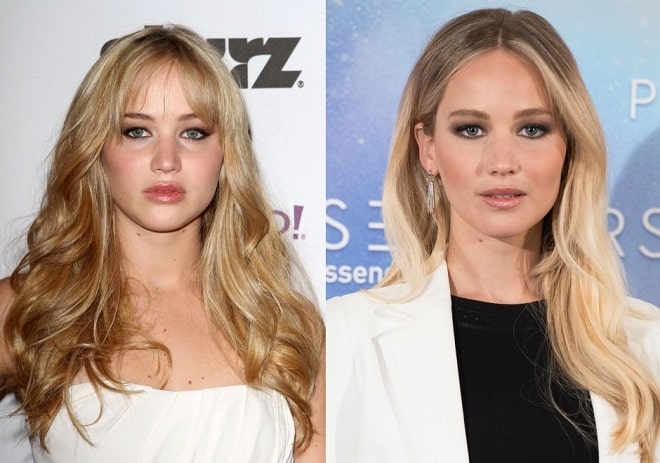 But in 2012, she decided to experiment and dyed her hair dark. In 2013, she lightened her hair again and cut it short. And since 2015, she has medium-length blonde hair. 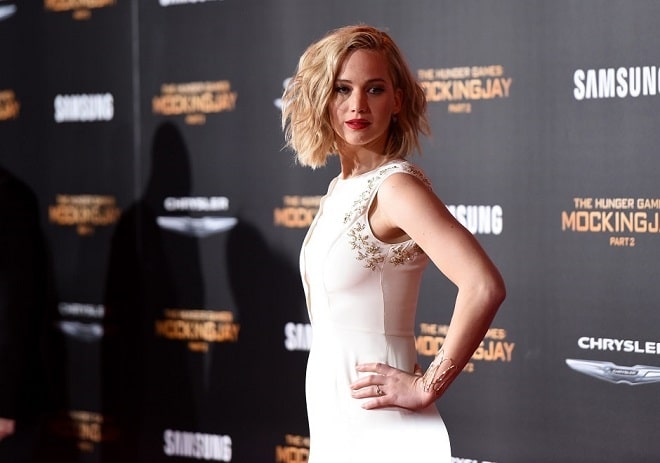