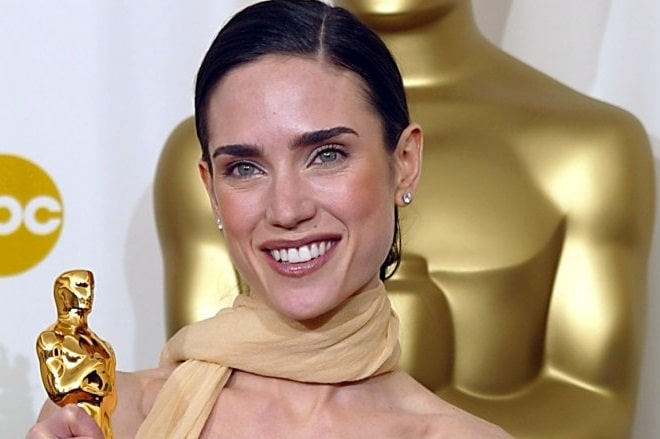 Oscar-winning actress Jennifer Connelly, famous for the films “A Beautiful Mind”, “Noah”, “Requiem for a Dream” manages to look as young and attractive as when she was young. In addition, with age, the actress was able to get rid of the problem with excess weight, which for a long time haunted her in the 90s. Did Jennifer Connelly have plastic surgery on her face and body? How did she look in her youth and how has her appearance changed now?

Jennifer Connelly in her youth and now

Jennifer Connelly was born on December 12, 1970 in Keiro (New York). The actress’s mother was an antiques dealer, and her father worked at a clothing factory. Connelly’s parents were friends with an advertising agency employee. When Jennifer turned 10, he advised her to take the girl to a model casting. So the actress began to appear in photographs in newspapers, on the covers of magazines for teenagers and in TV commercials. 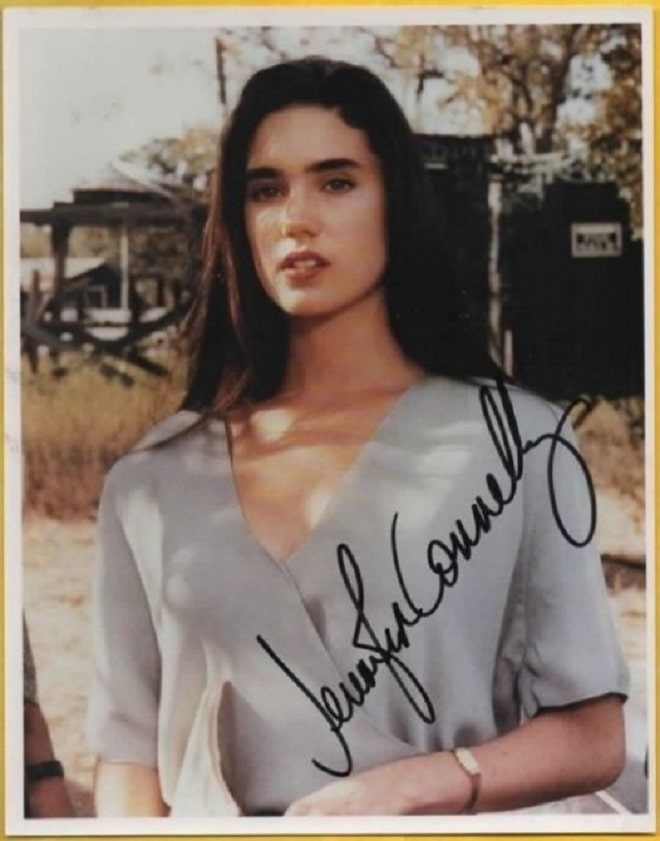 Connelly’s first acquaintance in Hollywood was Sergio Leone, who was just looking for a child to participate in the gangster drama “Once Upon a Time in America”. A few minutes on the screen was enough for the young actress to be noticed. 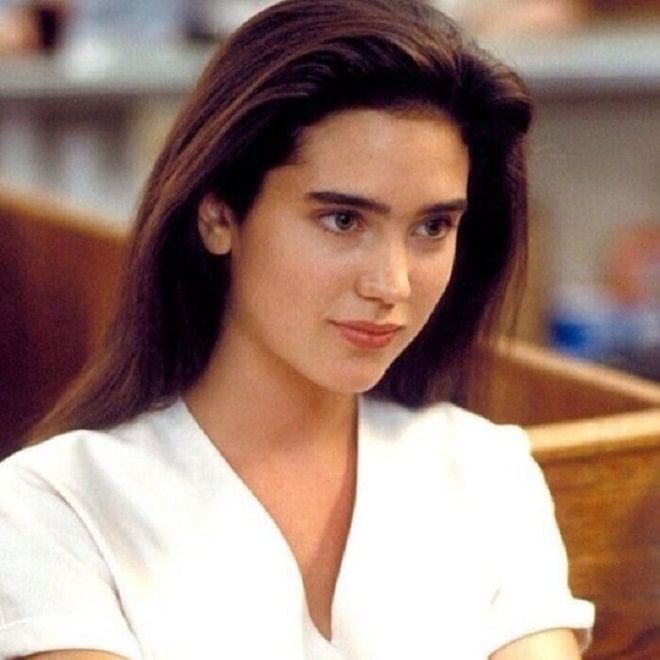 Jennifer has a brilliant education: She studied at Yale University and then transferred to Stanford. And she took acting lessons from recognized masters Roy London and Howard Fine. 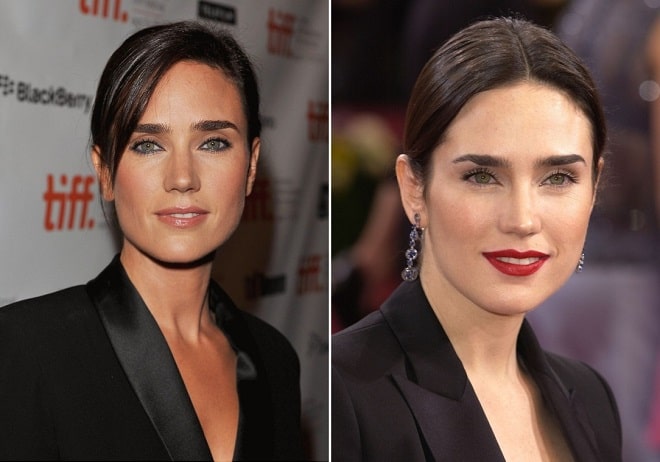 A breakthrough in her acting career happened in 2000, when Jennifer was offered a role in the drama “Requiem for a Dream”. And the very next year she flashed in the movie “A Beautiful Mind”. For this role, the actress was awarded a Golden Globe, a BAFTA Award and an Oscar. 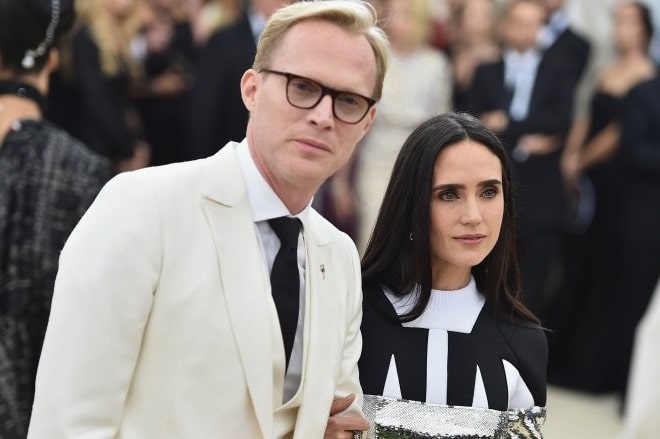 “A Beautiful Mind” became a milestone not only in Jennifer’s career. On the set, she met British actor Paul Bettany, and two years later she married him. Today, the couple is raising three children (including Connelly’s son from his first, civil, marriage).

The Connelly-Bettany family lives in New York, but the couple often travel. Connelly does swimming, gymnastics and cycling. On vacation, they and Paul are more often seen not in luxury hotels, but in ordinary campsites. The actress adheres to a vegan lifestyle, that is, excludes animal products from her diet.

Jennifer Connelly claims that she has never turned to plastic surgeons, although she does not consider her appearance perfect. But plastic surgeons themselves increasingly cite her as an example to follow, because her forms, in their opinion, are not only correct from an anatomical point of view, but also attractive.

Jennifer Connelly, according to many plastic surgeons, is the owner of the ideal proportions given to her by nature. Luxurious chest size, slim waist, elegant cheekbones and expressive eyes. Are all these gifts of nature, or the results of plastic surgery?

Did Jennifer Connelly have a nose job?

There are rumors that the star still had a nose job. You can find a lot of “before and after” photos on the Web. Internet users are invited to “find seven differences”. However, it is quite difficult to find them. It is likely that the shape of the nose changes slightly due to different angles and under the influence of makeup. In addition, the photos were taken at different ages, with a break of dozens of years. But the human nose is one of the few organs that can change shape and size during life. 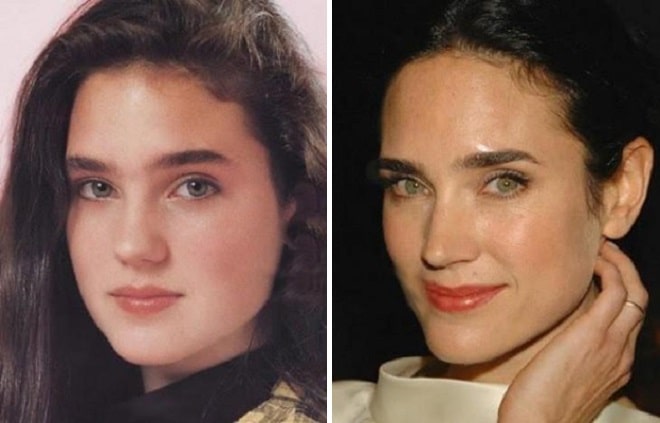 In general, there is no convincing evidence that Jennifer Connelly had rhinoplasty. Attempts to expose are reduced to comparing photos and videos – fresh and old. The actress herself does not admit that she did rhinoplasty. 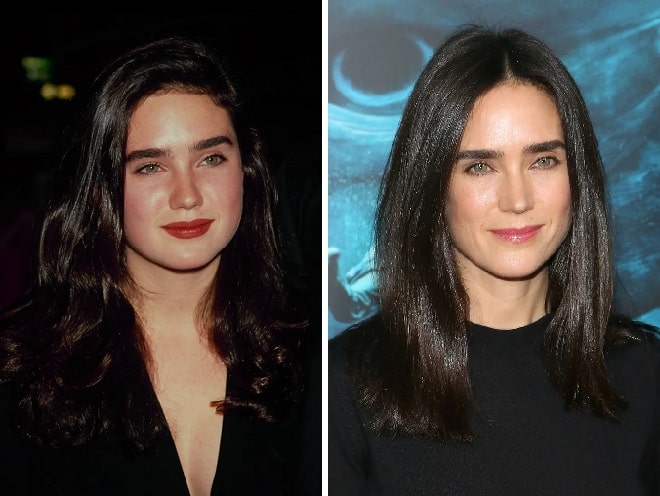 We didn’t notice any major changes, and neither did our expert…

The surgeon’s opinion: “Although the lighting is different in the photos, the angle is the same, this allows you to very accurately determine that the shape of the nose has not been changed. The star did not do aesthetic rhinoplasty.”

Did Jennifer Connelly have a boob job?

The actress has always been distinguished by a significant breast size, which gave rise to rumors about the possibility of breast augmentation surgery. Jennifer herself has always said that nature rewarded her with all the advantages of her figure. But suddenly the size of her breasts decreased. The reasons remained unknown, although there were many rumors. It was said that the actress was just uncomfortable with big breasts and she had breast reduction surgery. Jennifer herself does not disclose secrets. 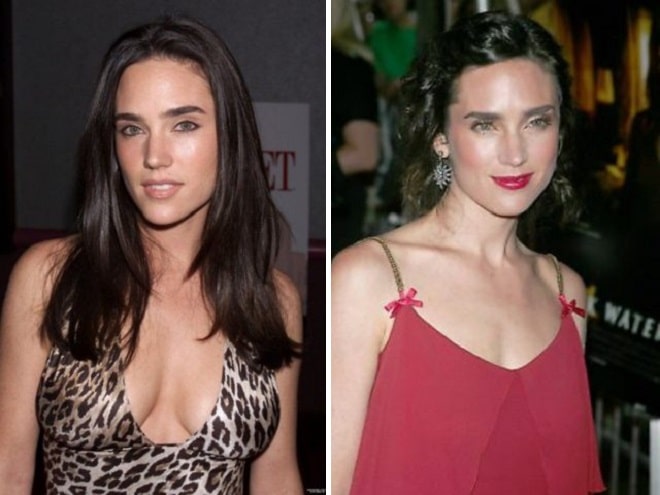 The actress does not tell if she had breast implants before the operation or if it is her natural data, but the fact remains that Jennifer’s breasts look much smaller now!

The smile of a beautiful woman

Actress Jennifer Connelly is the owner of one of the most charming smiles in Hollywood. 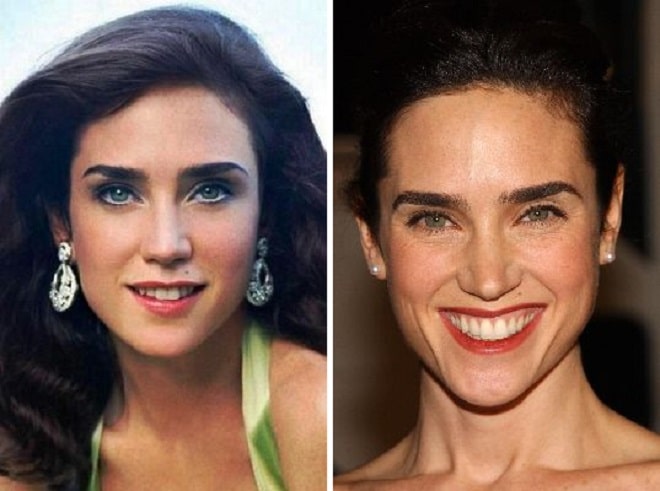 Jennifer Connelly’s smile did not acquire the status of an ideal smile right away. In her youth, she was distinguished by a somewhat uneven dentition and slightly prominent front teeth. However, this did not prevent Jennifer from becoming one of the most popular models of the turn of the eighties — nineties, when the fashion for a teenage look began to emerge. In addition, at the age of fourteen, Connelly received a role from Sergio Leone in the film “Once Upon a Time in America”, a cult movie about the life of gangsters.

Over time, Jennifer got rid of the role of a teenager, turning from a cute girl into a beautiful woman. The actress has always loved to smile a lot and widely, so she turned to a dentist to give her teeth an even and beautiful look. With her new image, she conquered not only fans, but also numerous producers who began to offer her roles in the most ambitious projects.

After the release of the film “A Beautiful Mind”, Jennifer Connelly entered the list of the most beautiful women on the planet according to People magazine, while the star herself has repeatedly stated that she chooses natural beauty and practically does not visit cosmetologists. However, some suspect the star of a facelift, the use of botox injections and fillers.