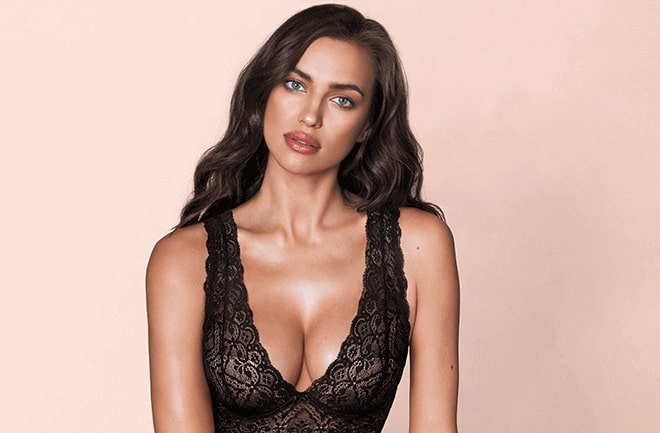 Irina Shayk is one of the most famous and popular models and podium stars. She was born in Russia in the Chelyabinsk region in the family of a miner and was able to achieve stunning success by building a career in the modeling business. Now she is the face of many iconic brands, advertises underwear and swimwear, cosmetics, and clothing of famous fashion houses.

What plastic surgeries did Irina Shayk have?

Irina’s ideal figure is not only happy genetics and regular care but also a successful plastic surgery for breast augmentation.

At the very beginning of her career, the model decided that she needed to have a mammoplasty.

There is still a lot of controversy around this operation since not everyone agrees that it really happened. Irina Shayk does not like to discuss the topic of aesthetic surgery, and when she is hinted at operations that she probably underwent earlier for improvement of her appearance (correction cheekbone, nose job, blepharoplasty, lip surgery, boob job), she is offended and feels insulted.

“Many girls undergo heavy operations for the sake of success. This is very harmful to health, so I do not accept aesthetic surgery. You need to be able to properly present your natural beauty without resorting to the services of surgeons,” says the model.

Irina has been working as a fashion model in Europe since 2005, successfully positioning herself as one of the brightest owners of a perfect body. Irina Shayk’s tall height, thin waist, and physique with perfect proportions have always been the subject of envy, but the bikini star could not boast of large breast size. 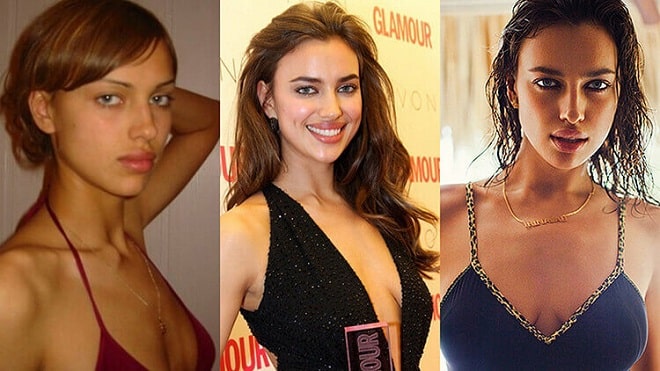 It was necessary to adapt to small tricks. The specialists literally drew her boobs in photos intended for catalogs advertising underwear, and Irina herself wore special linings to visually increase the missing volume. 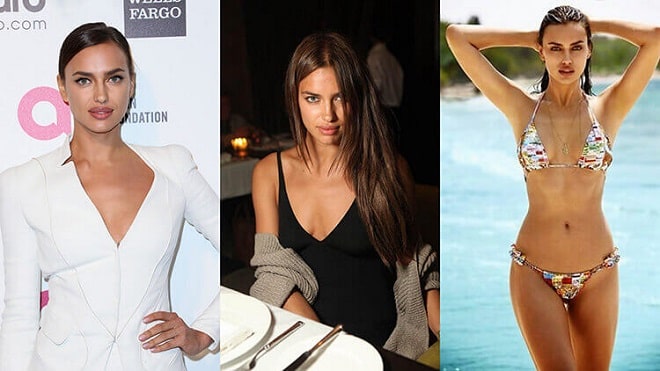 Of course, this was not enough for a career with the existing competition. A professional fashion model showing swimwear just needs to always be in great shape and attract attention with a luxurious figure.

Irina had almost everything: perfect skin, perfect tan, beautiful facial features, and body parameters, but she could only dream about breasts until she finally decided to do plastic surgery.

The photos from the personal life of the model clearly show what improvements her plastic surgeon managed to achieve. 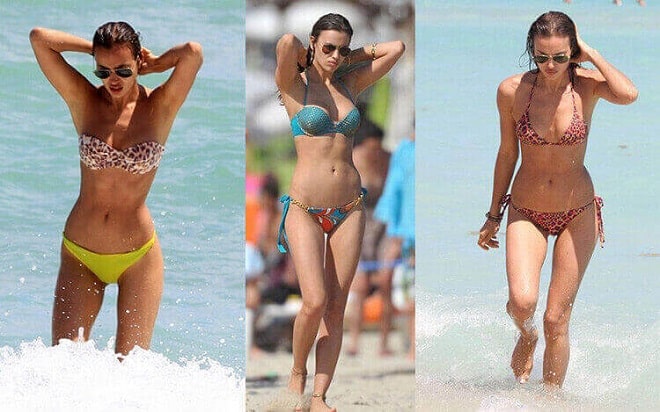 When was the breast augmentation done?

Irina Shayk’s career clearly went uphill after the installation of round-shaped implants. This happened a few years ago when she was offered a contract with Intimissimi, which she became the face of as a result. Irina has her own fan club, as well as a huge number of offers from the largest designers, companies, and brands. 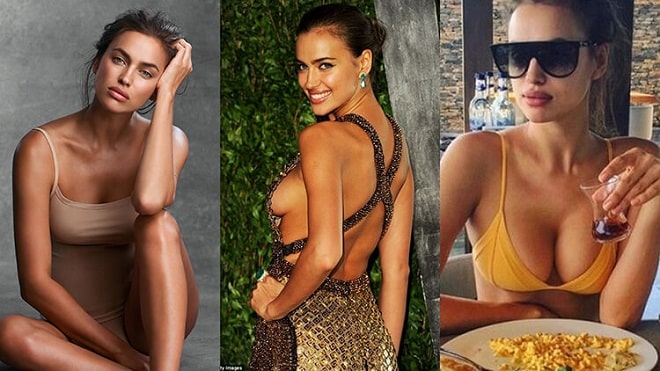 After Irina Shayk’s boob job, many of her fans and imitators began to do similar operations in order to achieve an external resemblance to their idol. Irina Shayk, during one of the television programs, was once shown photos with girls who turned into her doubles with the help of operations, to which the model criticized them:

“Mystery and individuality are important in a girl. Don’t you think so? Why imitate someone and repeat someone’s life?”

What was the result of the operation?

The new volume and shape of Irina’s breasts have become almost the main decoration of her figure, while they look very aesthetically pleasing and believable. This is one of the rare cases and examples in aesthetic surgery when round implants are suitable for a girl. For the high figure of Irina Shayk, they are just perfect. 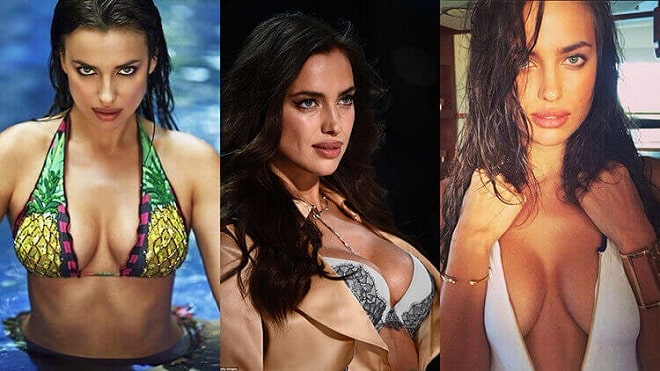 In low-cut dresses and corsets, her figure is stunning. Irina herself likes to joke about how hard she managed to “pump up” the tits so much. She claims that she was able to create her bust with the help of exercise.

But it is hard to believe in such significant changes, since the breast is increased by two and a half sizes, the shape of the boobs has completely changed and rounded. According to the photos of different years, the changes are well traced. 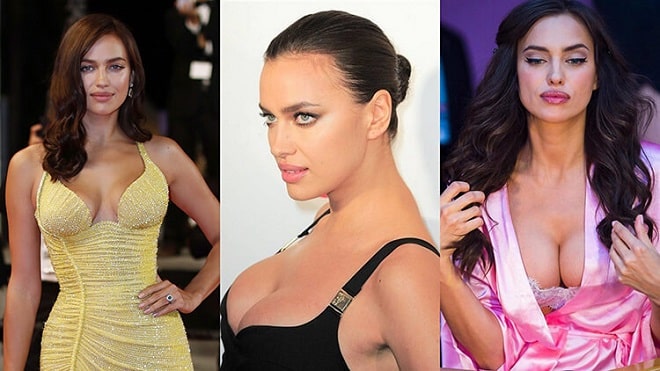 Irina Shayk is never modest, on her Instagram, she often posts photos with new big tits, which are immediately distributed all over the Internet.

Girls are jealous of her and want to be like her. Irina is often compared with the actress Angelina Jolie, as they really have some external similarities.

What plastic surgeries did Irina Shayk do on her face?

Irina has a perfect figure, expressive eyes, and plump lips.

But is it true that this beauty is from nature or is it fake?

We decided to ask an expert what Irina managed to correct in herself after all, what beauty transformations did she make?

“If we compare the photos of Irina’s young years with the latest pictures, it is noticeable that now the bridge of the nose has become thinner and the tip of the nose has significantly shortened. So, most likely, she did rhinoplasty. 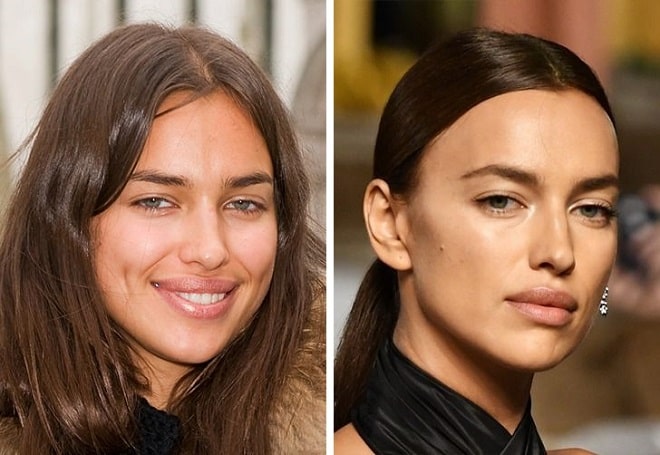 I do not exclude that the model resorted to contouring the face with fillers. Look at the middle third of the face (the area of the cheeks, cheekbones), it has become more defined and sculptured.

Another detail also attracts attention: Irina’s face does not have any wrinkles at all, which suggests that she either really shows very little emotion, or regularly does Botox injections. 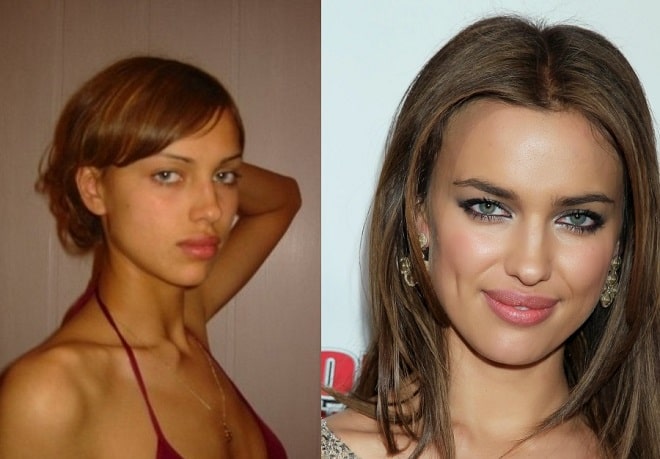 I assume that many will suspect Irina in lip augmentation. But, comparing different photos, I can note that she always had quite pronounced plump lips. Therefore, in my opinion, there was no increase, the shape and volume are natural.” 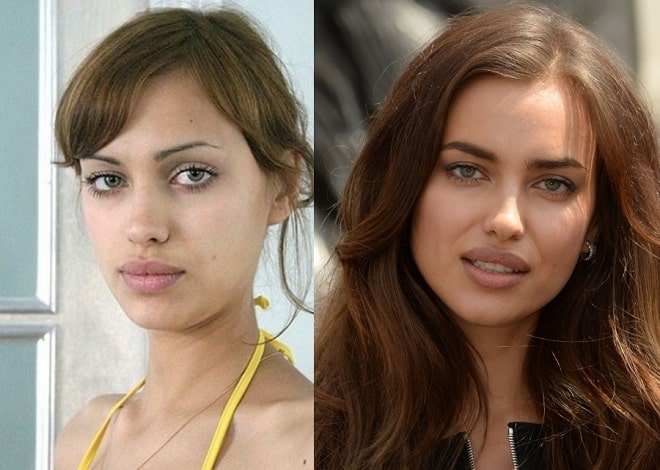