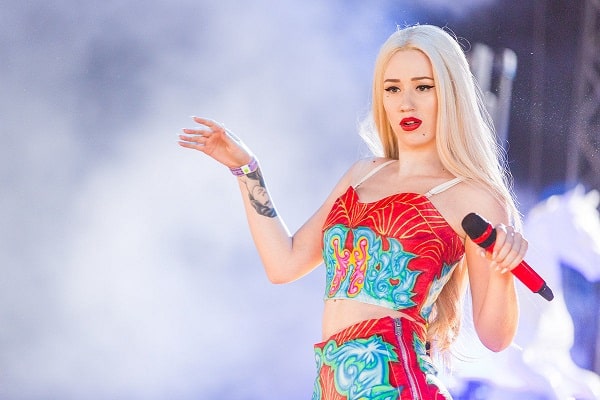 Popular hip-hop star Iggy Azalea is a purposeful and assertive girl. Not only these qualities, but also plastic surgery helped her to get to the musical Olympus.

Prior to Iggy’s fame, Azalea bore a mysterious name – Amethyst Amelia Kelly. The girl was born in Australia in 1990 on June 7. The family first lived in Sydney, and then moved to the Outback. The father painted pictures, and the mother worked as a regular cleaner. The family lived modestly. Rap became the meaning of the girl’s life at school age. The teenager had a lot of ambitions and at 16 years old she left for the USA, the homeland of hip-hop. 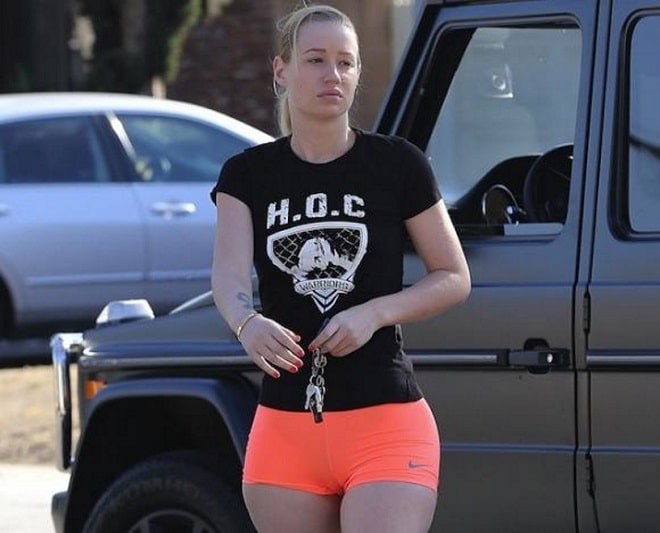 Gaining popularity in highly competitive America is incredibly difficult! Iggy began writing her own songs and editing videos that she posted on the YouTube channel. The songs were on the verge of provocation, but such creativity found a lot of fans and not only in Los Angeles, where the aspiring star decided to settle. In 2011, the first professionally shot video was released, followed by a recording contract and the first CD.

The popularity of the girl rapper grew rapidly and in 2013, Iggy’s name was on concert posters along with such mega-stars as Beyonce and Britney Spears. Her song Fancy in 2014 was played on all radio stations in the world and broke into the Billboard Hot 100. Her duet with Jennifer Lopez has garnered nearly 200 million views on YouTube. Fans appreciated the chic figures of the singers. 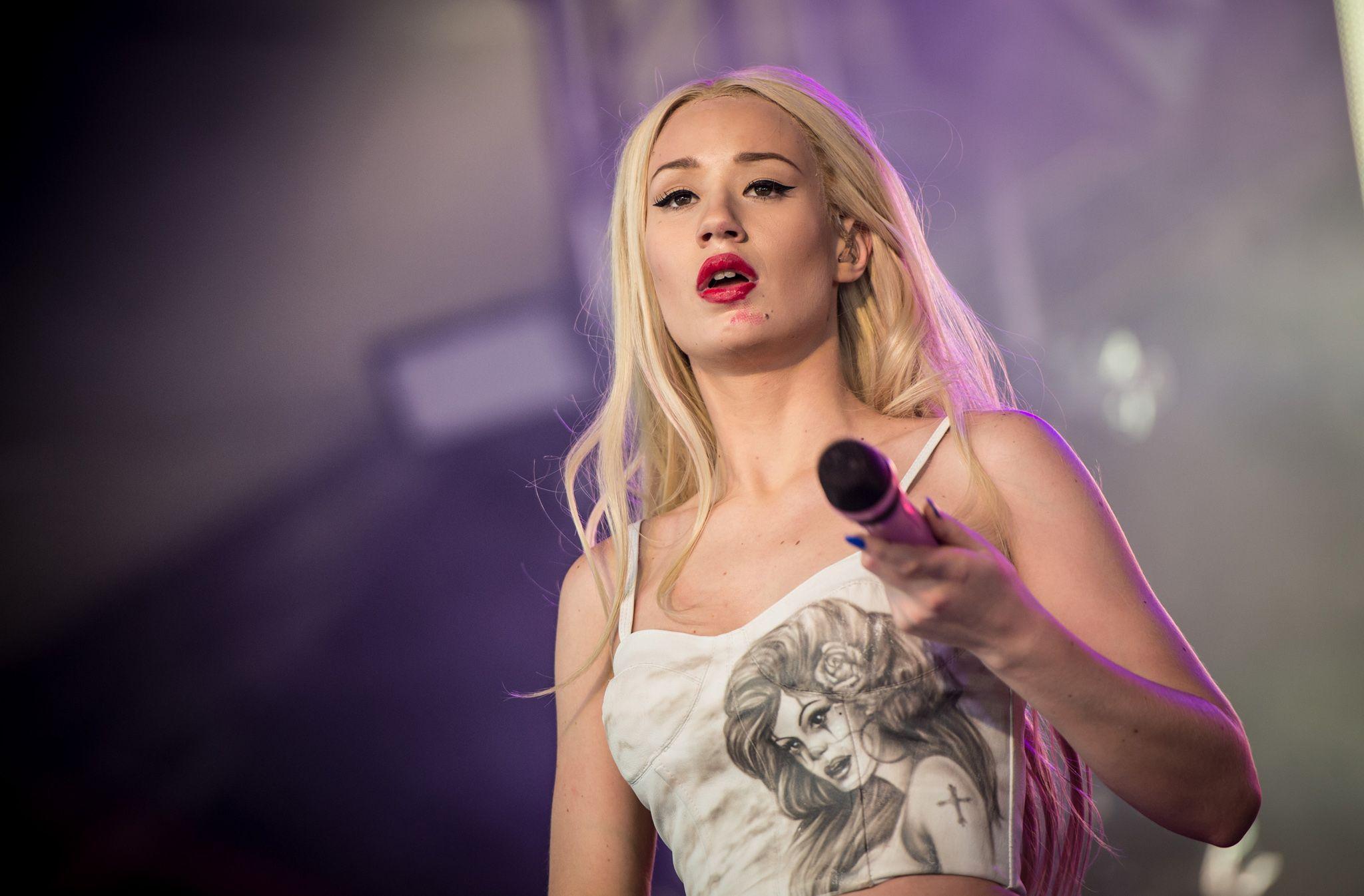 In recent years, Iggy has been actively engaged in creative work, releasing singles and mini-albums, participating in noisy TV projects. The number of fans of the girl’s talent around the world has long exceeded millions! Despite her unusual appearance, Azalea has made a successful career as a rap artist.

Before plastic surgery, Iggy’s appearance wasn’t perfect, but she didn’t have complexes. After coming to America, she visited several modeling agencies in search of work. It was there that she learned of her shortcomings. Appearing in agencies, she received rejection after rejection with recommendations for rhinoplasty and getting rid of excess weight. 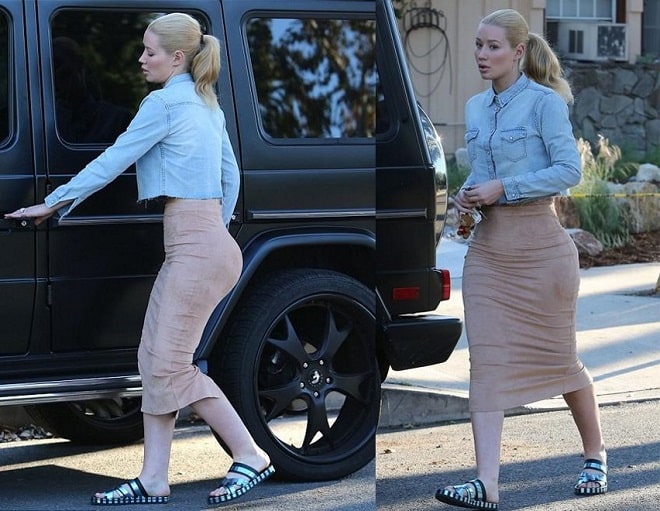 Azalea’s figure is very peculiar: incredibly lush hips and huge buttocks. Together with a small waist, it looks impressive. In addition, the girl emphasizes this with the help of revealing outfits. 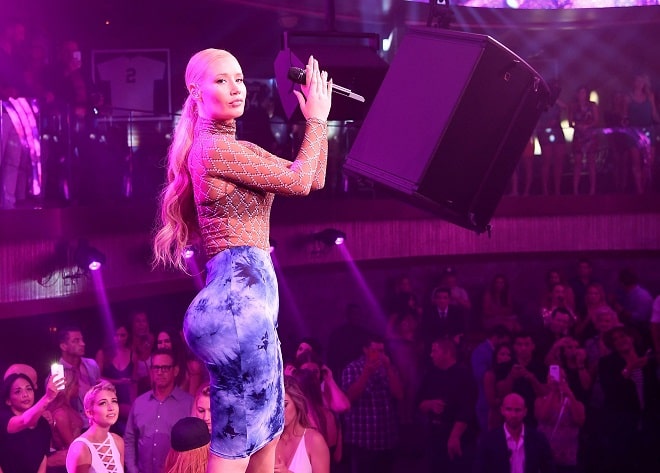 Pear body shape, according to experts, was inherited by the girl and no implants were used. Cellulite is always the companion of such voluminous thighs and buttocks. In many photos of a girl in a swimsuit from behind, it looks really terrible! 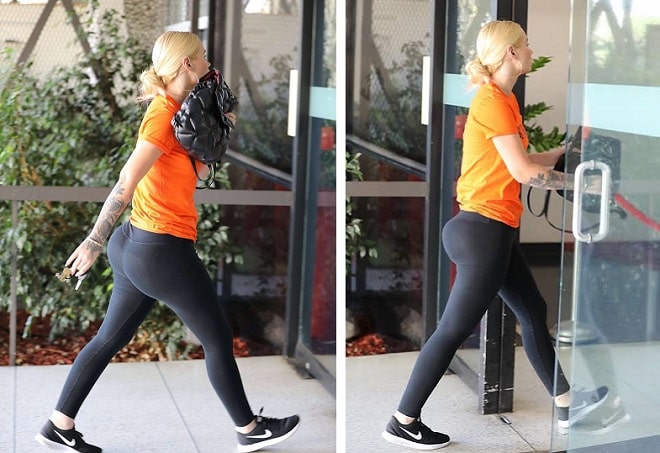 Iggy Azalea was happy to comment to the press about breast augmentation. It turned out that she was confused by the disproportionate bust of the first size with a pronounced lower body and a narrow waist. 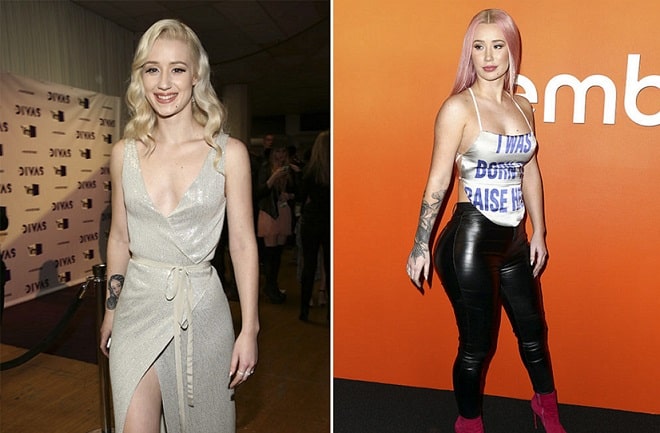 The operation was successful and added popularity among the male audience. The new boobs look very natural, giving the figure balance. 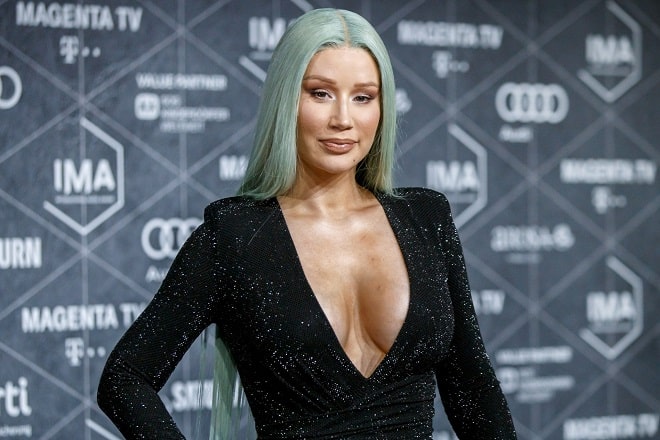 Iggy’s face before and after surgery is very different. Azalea had a large nose since childhood and had to do something about it! The nose job was performed very skillfully and accurately. 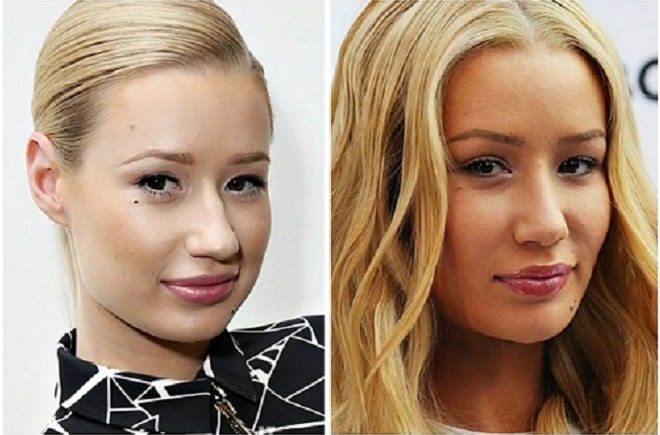 The shape of the cheekbones was corrected, and implants were inserted into the chin. After jaw surgery, the rounded chin became sharper and the cheekbones more aristocratic. 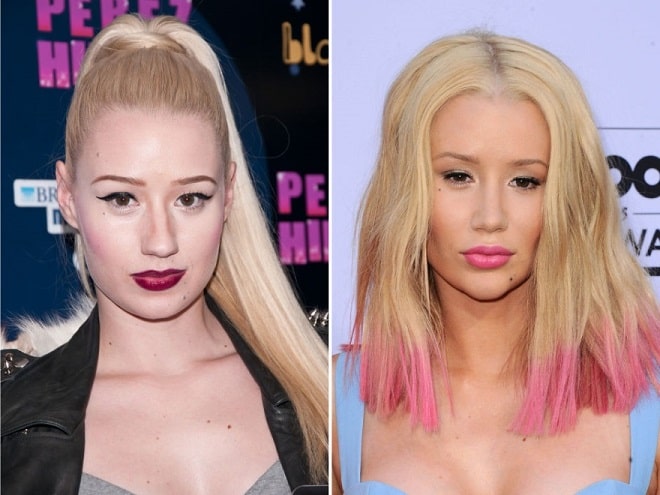 Against the background of serious face shape correction, using botox and lip augmentation with injections of fillers no longer seems so significant. 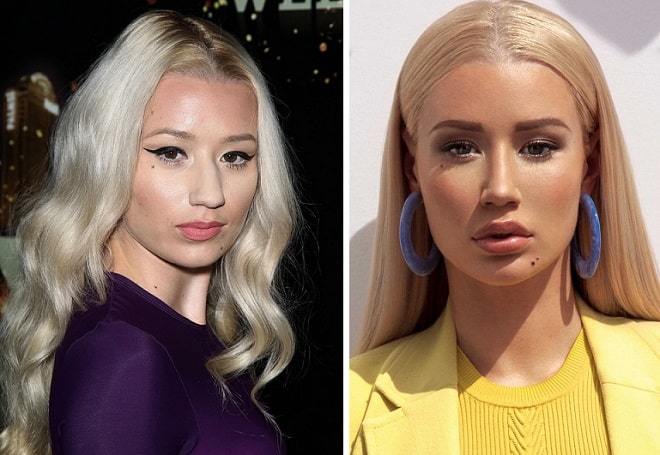 There were several fleeting novels with musicians. However, there was no serious relationship with anyone. Although there was even a wedding planned with Nick Young, which had to be canceled at the last moment. The couple broke off their engagement without disclosing the reasons for the discord in the relationship. However, Iggy is still young and gives all her energy to create, and the family can still wait.