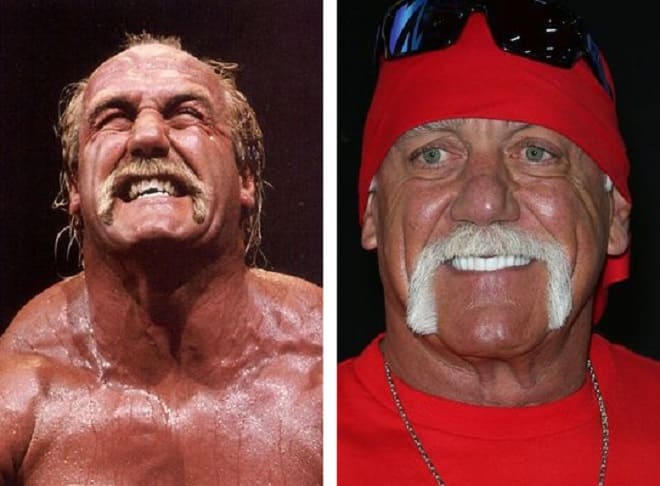 Hulk Hogan and his too-white smile.

At the turn of the 1980s – 1990s, Hulk Hogan was not just an athlete or a showbiz star: he was called a symbol of pop culture. Despite the fact that he is one of the most successful wrestlers in history and a twelve-time world heavyweight champion, most people remember Hogan because of his image and outrageous actions. By the way, in the early stages of his career, Hulk rarely smiled. Perhaps he did not want to destroy the image of a fearless fighter, but most likely the reason was different: the wrestler had crooked teeth and a generally not very attractive smile.

Intense tan, bleached hair, mustache and crazy look have been a feature of Hulk Hogan for a long time. But time spares no one, not even the idols of the era: over time, Hulk had already ceased to resemble himself in his best years, and the wrestler’s career was nearing sunset. At the same time, the athlete continued to remain a media person, participating in filming in movies and TV shows.

In connection with the change of occupation, Hogan turned to the dentist to correct the shortcomings of his teeth. The problem is that Hulk Hogan’s craving for the grotesque has been preserved even in the dental chair, so his new smile can only be compared with his tan in naturalness. However, the problem of the curved dentition has been solved after all, and the Super Destroyer himself looks quite satisfied.