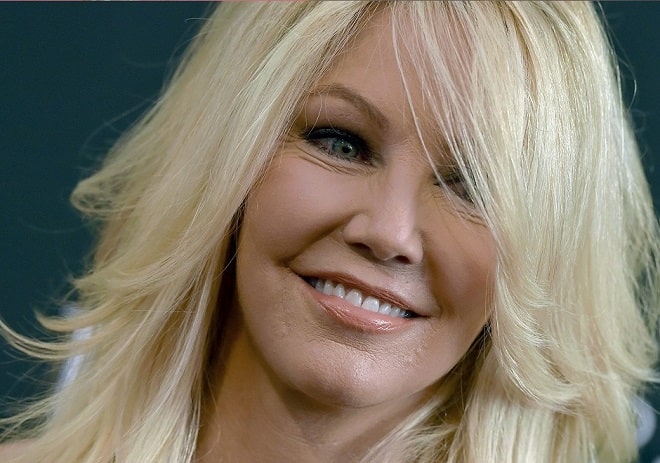 Stars do not always age beautifully, even with all the opportunities and means. The actress Heather Locklear, famous for the TV series “Dynasty” and “Melrose Place”, lost her career due to bad habits and aged a lot. Numerous plastic surgeries do not cope with the consequences of addictions.

Heather Locklear in her youth

While studying at college, Heather worked as a model and starred in commercials, in one which she was noticed by film producers. In 1979, a young slender blonde from California received her first cameo role in a feature film. 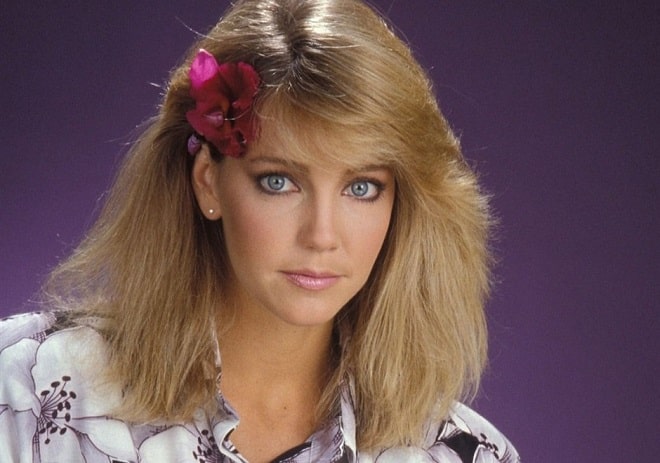 In 1981, she was cast in the TV series “Dynasty”, which brought her real fame. This was followed by several more bright works in the cinema, but the most successful was the role of Amanda Woodward in the TV series “Melrose Place”. 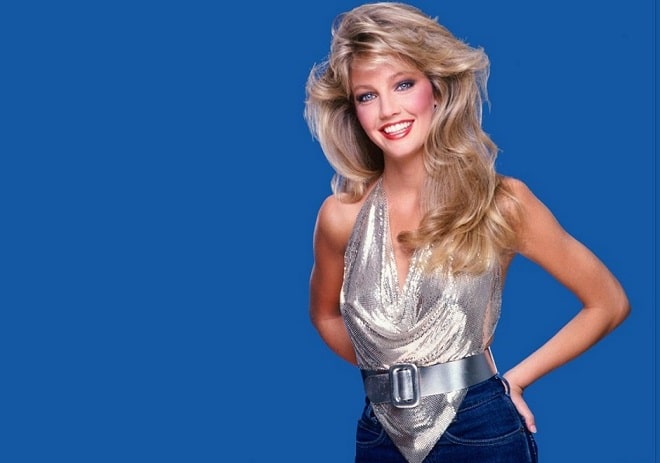 The blonde beauty with cold eyes was especially successful in images of bitchy women. 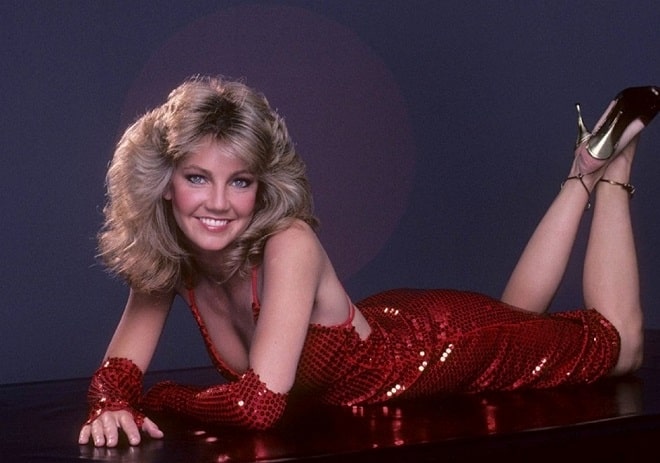 The environment notes that the actress herself does not have a sweet character – she arranges scandals out of the blue, behaves provocatively, and does not hide harmful addictions. The scandalous lifestyle negatively affected the career, personal life, and appearance of the actress.

With high-profile novels, the star has always warmed up interest in her person. She was married twice to rock musician-drummer Tommy Lee and then Bon Jovi guitarist Richie Sambora, with whom she gave birth to a daughter. 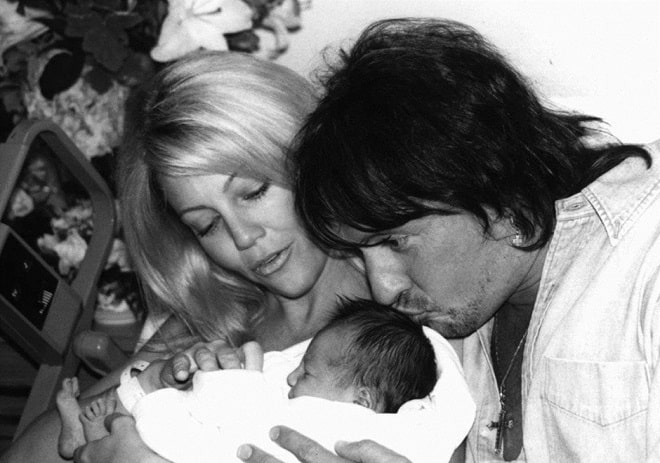 Relatives hoped that Heather would finally find happiness with her colleague on the TV series “Melrose Place” Jack Wagner. The couple announced their relationship in 2007. In 2011, the actors got engaged, were preparing for the wedding, and looked happy. 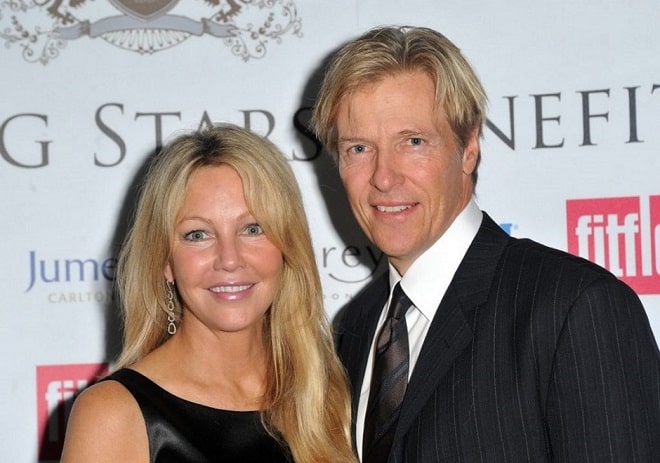 However, after another hospitalization of Heather due to alcohol, Wagner could not stand it, packed up his things, and left.

Heather Locklear has always been skinny by nature and did not have big tits, so on the advice of her first husband, she had a breast augmentation to look more impressive on the screen. 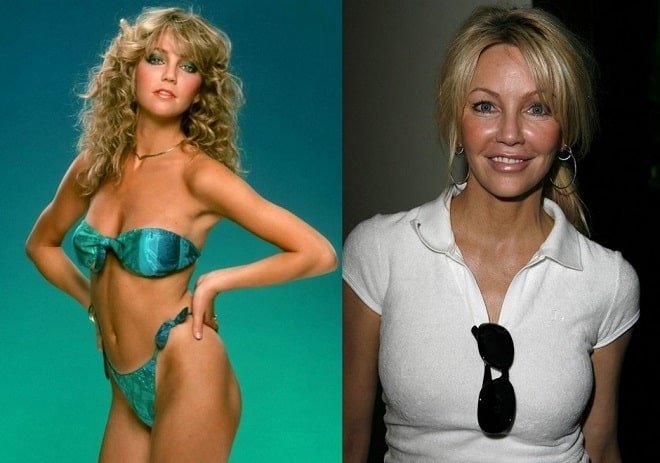 Harmful addictions, constant nervous breakdowns, and failures in love left their mark on the face of the actress. She began to age early, got wrinkles, flabby and sagging skin. 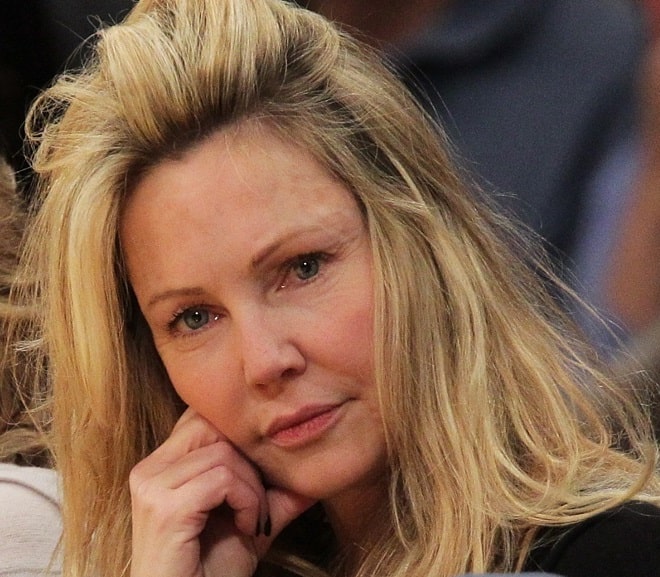 In an attempt to regain her youth, the star of the 90s turned to specialists in the field of aesthetic medicine and did a facelift. 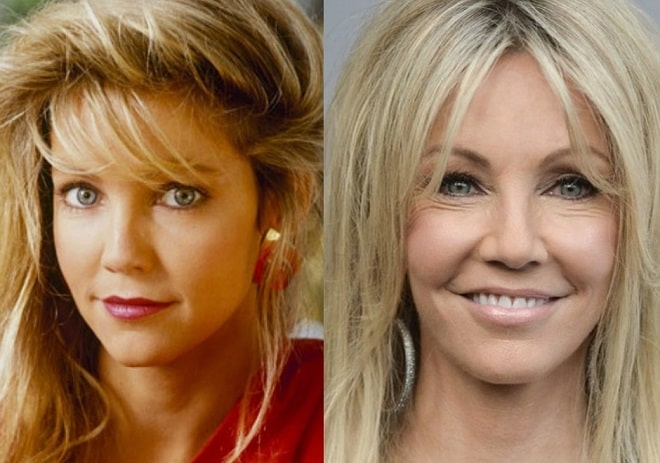 As a result, Heather Locklear not only improved her appearance but also had an affair with the star plastic surgeon Mark Money. 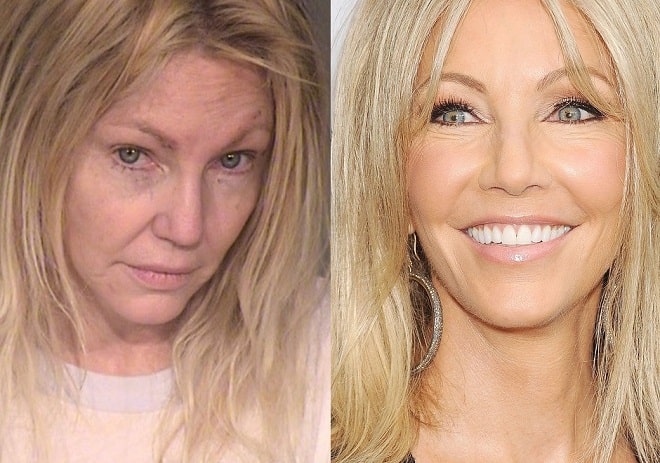 Soon the relationship ended, and a rampant lifestyle led to the fact that the face again did not look the best.

The famous blonde had to do several more face-lifting operations and maintain the result with botox injections. 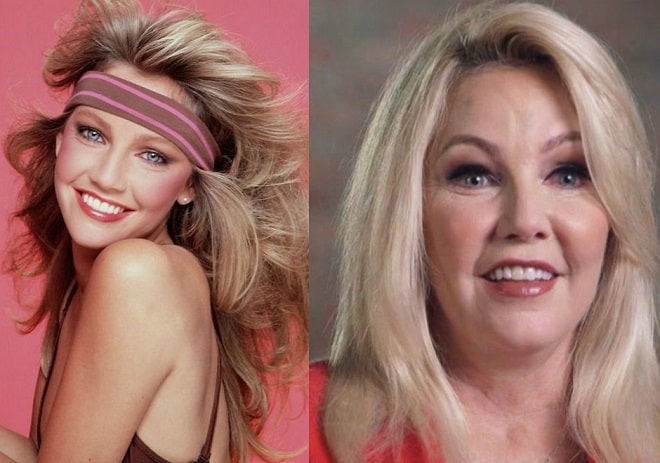 The woman says that she sees nothing wrong with plastic surgery. According to her, age does not spare anyone and if one day she sees something terrifying in the mirror, she will definitely go for cosmetic operations.

Now Heather runs Instagram but mostly publishes photos of her grown-up daughter Ava and her dogs. Fans believe that the actress who has gained weight now does not look the best and is shy of herself. 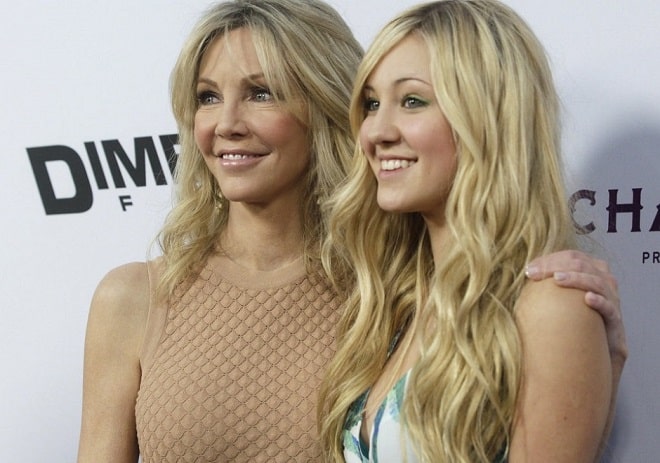 In the press regularly appear news about hospitalizations due to alcohol and regular short novels Locklear. The career of the actress is gradually declining, sometimes she is shot as a guest star, but she no longer gets big roles.

By her example, Heather Locklear demonstrates that appearance strongly depends on lifestyle. Bad habits can negate the results of even the most effective plastic surgeries performed by professionals in their field.