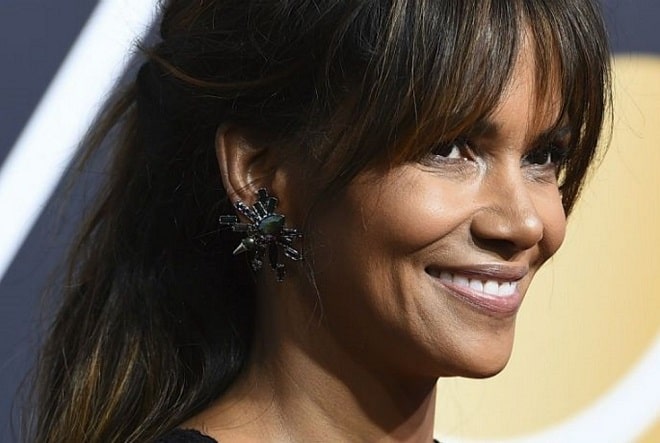 Few people believe that the film actress Halle Berry is already over 50, because she is always in great shape, and her athletic body can be envied by twenty-year-olds. Many people are also surprised by the success of the Hollywood star, she managed to achieve fame without connections and anyone’s help thanks to the main roles of the most famous directors. In addition, she received an Academy Award.

What plastic surgeries did Halle Berry have?

One of the most successful moments of Halle Berry’s biography was plastic surgery for breast augmentation, the result of which is often discussed in the press to this day. What size breast implants did she put in? How have her breasts changed now?

Paparazzi are actively following the life of Halle Berry in an attempt to capture another wrinkle on her face. But not everyone succeeds because every year the actress becomes prettier, younger, and changes the size of her breasts. They say that in her biography there were at least two plastic surgeries, both on the boobs.

The perfect figure and facial skin without age-related signs of aging again provoked a wave of rumors about cosmetic surgery, because Halle never put an end to this conversation a few years ago: “I do not know if I will ever go under the plastic surgeon’s knife.”

However, some argue that she did a facelift, because after 50 years, even with her natural data, it is impossible to look so youthful. The actress did contouring with fillers, which allowed her to preserve distinct cheekbones and smooth out deep wrinkles. She also regularly gives botox injections.

She also has a corrected nose shape – it has become narrower than in her photos in her youth.

In 1986, Halle Berry took her first step to fame when she took 6th place in the Miss World contest. The beautiful external data of the girl could not go unnoticed. The jury decided that she was worthy of entering the top ten most beautiful women on the planet. However, Halle Berry’s breast size at that age was unremarkable.

In 1989, she was offered to star in a successful American TV series, and then Halle Berry decided that she wanted to seriously pursue an acting career. A charming girl with a sense of humor was immediately noticed by film directors, the number of offers to star in a movie began to gradually increase, and the actress needed her own agent. 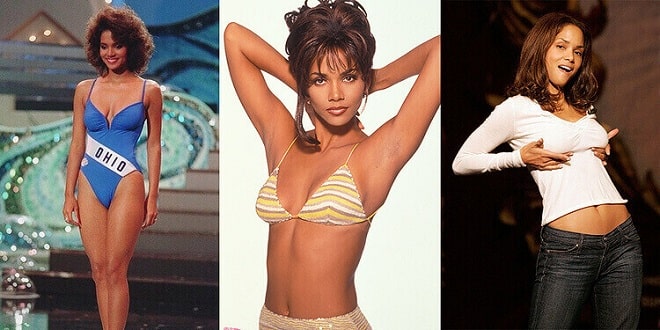 Halle Berry often made fun of the small size of her breasts. Despite her attractive, toned figure, she clearly lacked curvy forms, but there was absolutely no time for plastic surgery.

One after another, star films followed, where the talent of the actress was especially well revealed: “Jungle Fever”, “Boomerang”, “Losing Isaiah”, “Race the Sun”, “X-Men”, “Catwoman”
and “Introducing Dorothy Dandridge”, which brought her an Academy Award.

In 2002, the James Bond film “Die Another Day” was released, where Halle Berry played the main female role. She was invited to become the new “Bond girl” largely because of her excellent physical fitness and toned figure. But even from the frames from the film, it is clearly visible that the actress’s breast size was small. 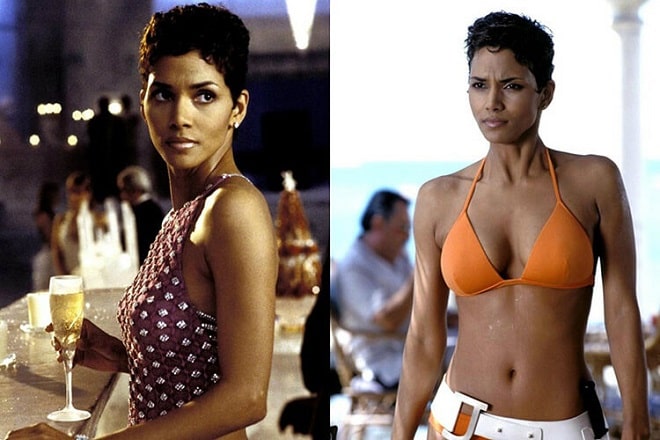 Plastic surgery with the installation of breast implants was done after 40 years. During this period, Halle Berry was already included in the list of “the sexiest 40-year-old actresses in Hollywood” in 2007. They say that her boob job has become one of the most successful operations among Hollywood celebrities. 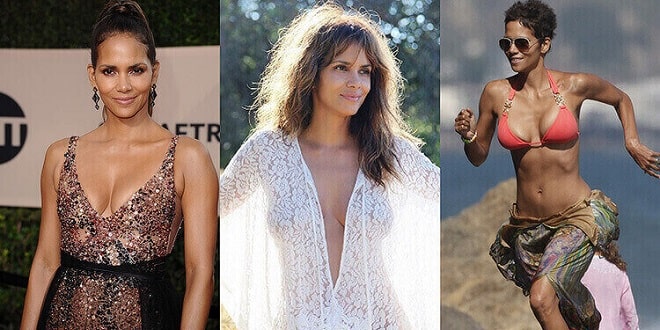 Probably, the plastic surgeon of the actress picked round-shaped implants for her. The breast was enlarged by 2 sizes.

Halle Berry loves open dresses, so she is always proud to show the public the successful result of mammoplasty.

However, those who follow the life of the actress often have one and the same question: “Why did her bust size decrease again just a few years after a successful breast augmentation?”.

It is assumed that a second operation was performed to remove the implants. Someone is talking about possible weight changes that slightly affected the result of the operation. Indeed, by now Halle Berry has lost a lot of weight and has changed. 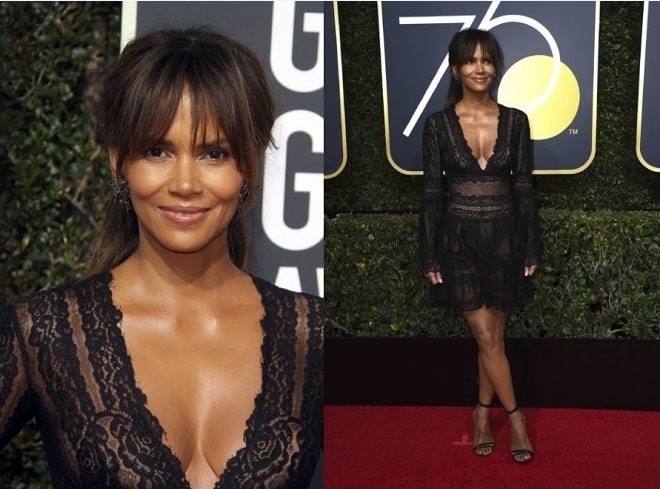 What plastic surgeries did Halle Berry do on her face?

Halle has a toned figure, flawless facial features. It would seem that it’s all about genes, but no, the actress still got something not by inheritance, but in the plastic surgeon’s office.

What exactly has Halle Berry changed in herself, we asked an expert!

In Halle’s photos, rhinoplasty is clearly visible – over the years, the shape of the nose has become more defined and elegant, a beautiful and straight bridge of the nose has appeared. The nose job was performed at a high level, since the nose does not stand out, but, on the contrary, perfectly harmonizes with other features of the actress’s face, and one can even say that it gives a slight rejuvenating effect. 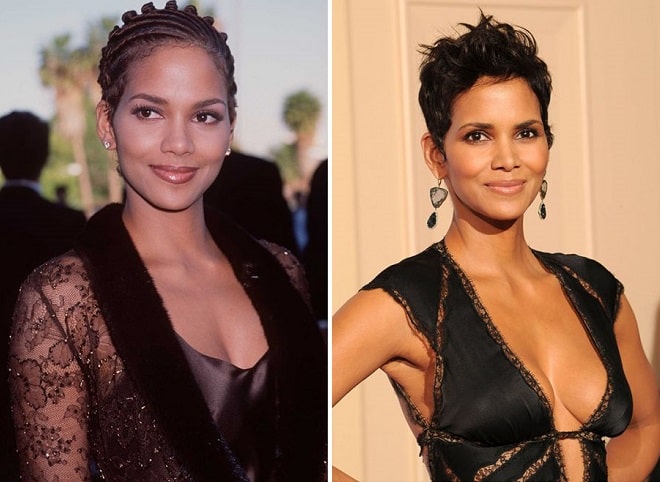 With age, Halle began to look brighter and fresher. I think that it was not without injection techniques – many stars use them, and Berry is no exception. I can definitely note that there was contouring with fillers, it is evidenced by high cheekbones. This is especially noticeable in the pictures of recent years, her zygomatic zones are more contoured than in her youth. The forehead has also changed – it has become high and smooth (as if there were never any wrinkles), this is clearly the “work” of Botox. 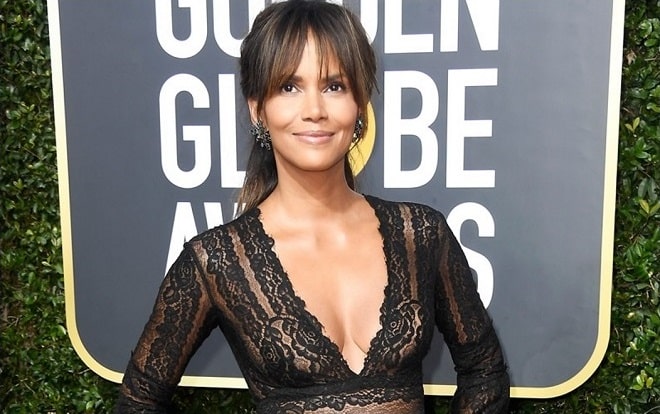