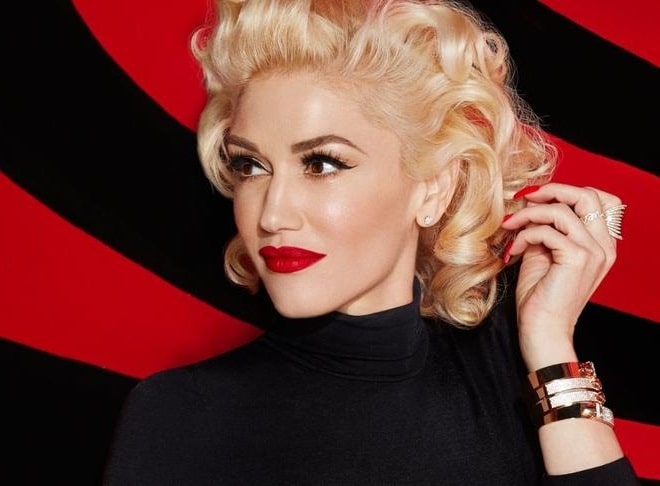 American singer Gwen Stefani is remembered around the world thanks to the hit “Don’t Speak”, created and sung as part of the group “No Doubt” in 1996. However, a lot of interesting things happened in her life besides music.

All the highlights of Gwen Stefani’s biography: Dyslexia, “No Doubt”, gay ex-husband, plastic surgery, and other amazing stories.

Gwen Renee Stefani was born in Fullerton, a small town in California. Her full name is not Gwendoline at all: the girl was named after the heroine of Arthur Haley’s novel “Airport”, which was published a year before her birth. The second name is taken from a song by the popular band The Left Banke in the 60s. Since Gwen’s father is from Italy, the accent in the surname is on the second syllable.

There were three other children in the family — two brothers and a sister. All of them loved music from childhood, which later led some to success.

When Gwen went to school, it turned out that she had dyslexia, which prevented her from writing and reading correctly. However, as an adult, she did not experience any problems with letters, especially when she wrote poems and lyrics for her songs!

In addition to music, she was fond of sports and drawing. After school, she entered the college of her hometown for the art department. But because of her brother’s idea, she often had to skip school. 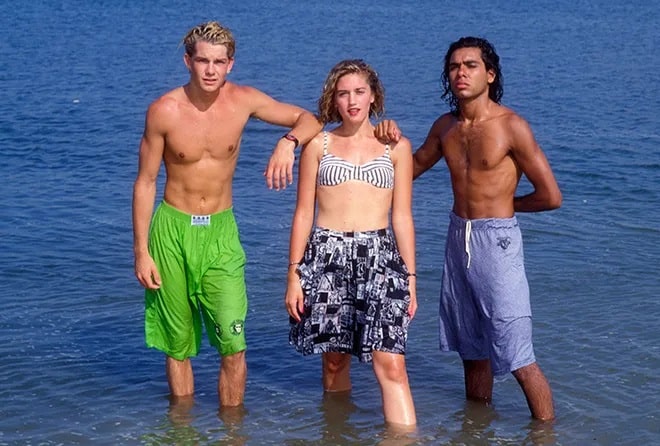 In 1986, Gwen’s brother Eric put together a small musical ska band “The Core of the Apple”. He invited his sister there, who had a pleasant voice, but at first only for the role of a backing vocalist. Soloist John Spence, however, quickly agreed to sing a duet with her.

They rehearsed and performed a little bit for a little over a year: on December 21, Spence shot himself in the park, and Gwen took this story very much to heart. Then the band was renamed in honor of his favorite expression – “No doubt”.

At the same time, Gwen Stefani begins an affair with bassist Tony Kanal. It was a very convenient option for both: thanks to concerts and rehearsals, they spent a lot of time together. “I was so hoping to have a child with him!” the singer later said. This did not happen, but their relationship later greatly influenced the popularity of the band. 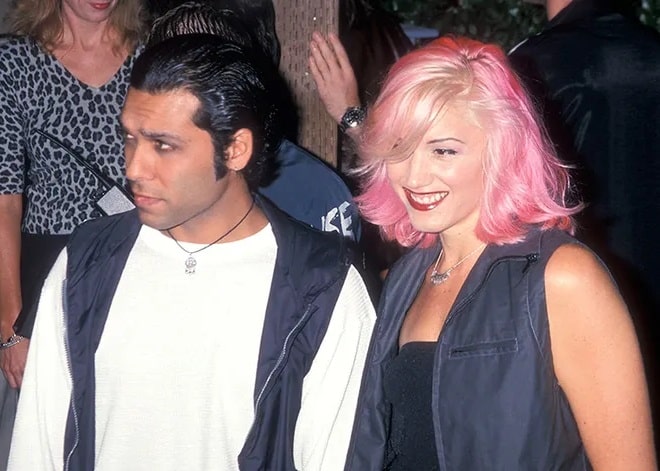 The band performed in their hometown and neighboring cities until it attracted the attention of the local record company Interscope Records. In 1991, No Doubt released the first album, which was named after the band… and failed!

However, the musicians did not lose heart and continued to write songs and perform them. The second album, which they recorded on their own, suffered the same sad fate, but thanks to the third they thundered all over the world.

In the album Tragic Kingdom (1996), the bet was placed on two songs written by Stephanie’s brother and sister at once: Don’t Speak and Just a Girl. The album was not easy for the band: it had to be recorded in parts in a dozen different studios.

What is the reason for the success of this particular album? In 1994, Gwen and Tony’s relationship reached an impasse. They broke up, and this gave Stephanie a new impetus to her work: she wrote several lyrics about this novel, and all these songs became chart leaders. The album went double platinum, the video for “Don’t Speak” received several awards… And Gwen Stefani is having another affair. 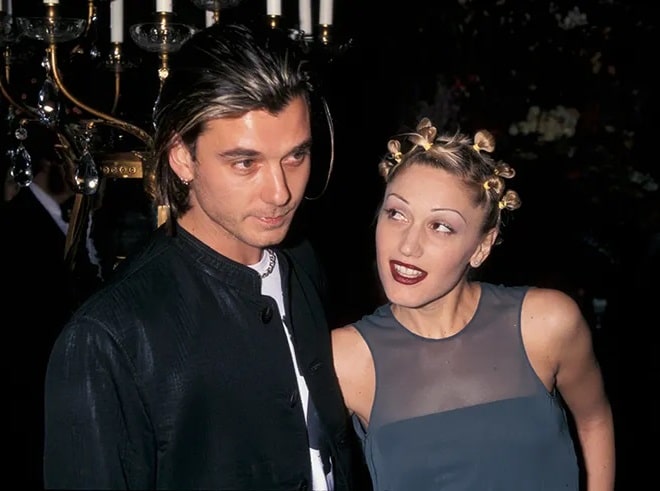 In 1995, the band “No Doubt” arranged a small concert tour together with the band Bush. Feelings flared up between Gwen Stefani and Bush leader Gavin Rossdale… and they went out after a few months.

At the end of 1996, Gwen Stefani got back together with Rossdale, and in 2002 they had a lavish wedding. By that time, “No Doubt” had released two more quite successful albums, and then the band took a sabbatical for almost ten years.

The family life of the two musicians was quite happy, but some circumstances prevented it.

I must say that Rossdale was a great lover of women… and not only. In the year of his acquaintance with Gwen, singer Boy George released an autobiography in which he mentioned that Rossdale had a love relationship with singer Peter Robinson, known as Marilyn.

Rossdale was furious and threatened to sue him. But the story unfolded as usual: in 2003, Marilyn dedicated a song to Gavin and put their joint photo on the album cover, and six years later gave a big frank interview that they had been dating for quite a long time back in the 80s.

Rossdale could no longer deny his homosexual experience and admitted that it was true and that the relationship was “a stage of growing up.”

This news worried Gwen Stefani very much, and the marriage cracked at the seams. In an attempt to save him, she gave birth to her third son Apollo in 2014. At the same time, she was invited to be a judge of the TV project “The Voice”.

Gwen wanted to seem like a successful singer and a happy mother of a family. She was quite successful (she was preparing to record her third solo album, and in 2012, together with “No Doubt”, she recorded their sixth and last), and clouds were gathering in the family. 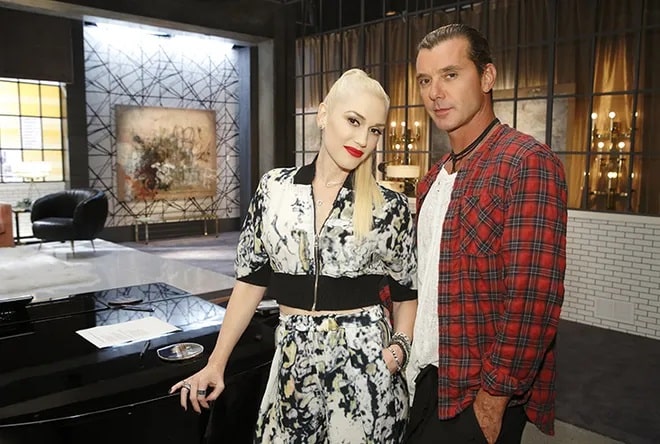 In August 2015, Gwen Stefani and Gavin Rossdale announced their divorce. Singer Marilyn said that Gavin had called him shortly before and said that his life was over. Nevertheless, the stars have not commented on the reasons for the divorce for more than a year, and here’s why.

Firstly, the last straw that overflowed the cup of Gwen Stefani’s patience was that she caught her husband in bed with… their children’s nanny Mindy Minn! She couldn’t stand it — and immediately filed for divorce. After that, Gavin openly dated Mindy for a short time, and soon she gave birth to a child, but both denied that it was from him.

Secondly, during her married life, Gwen Stefani earned about $ 120 million. This included income not only from musical activities: she founded the fashion brand of clothing and accessories L.A.M.B. and the perfume line Harajuku Lovers. Gwen loved sewing since childhood, and she came up with some outfits for her performances. In addition, in 2014 she created her own series of lacquers for the OPI brand.

Gavin’s income is orders of magnitude less. He tried to claim half of the property, but the court refused. As a result, they shared custody of the children, Gwen was left with three houses in California and all the money she earned, and Gavin became the owner of real estate in Europe.

After the divorce and the division of property were completed, Gwen gave several interviews. 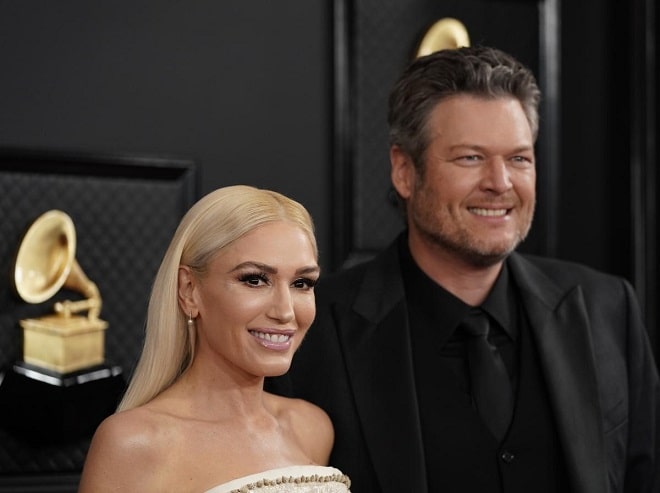 Gwen met musician Blake Shelton, who is 6 years younger than her, on the set of The Voice. He comforted her during the divorce process… and soon they started dating. He was divorcing his wife at the same time…

Rumors about the wedding have been stirring the minds of Gwen Stefani’s fans since the summer of 2016. However, the couple is postponing the official registration of the relationship.

In the summer of 2017, Gwen was seen several times in one of the infertility treatment clinics in Los Angeles, and in the fall there were photos from which it can be concluded that she is pregnant. However, Gwen Stefani never gave birth to her fourth child, and she diligently avoids questions on this topic.

Gwen Stefani doesn’t seem to change over the years. Experts say that plastic surgery helped the singer to achieve such a result. Maintaining youth after 40 is not so easy. But Gwen Stefani manages to look amazing. 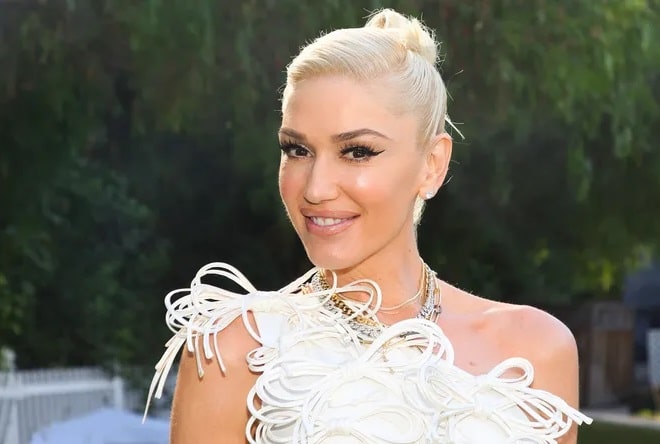 Experts are sure that the singer decided on a circular facelift. She had a nose job. After rhinoplasty, her nose became thinner. She injected filler into her lips and cheekbones, injected botox into her forehead, raised her eyebrows and made her eyes more expressive, and made breast augmentation. 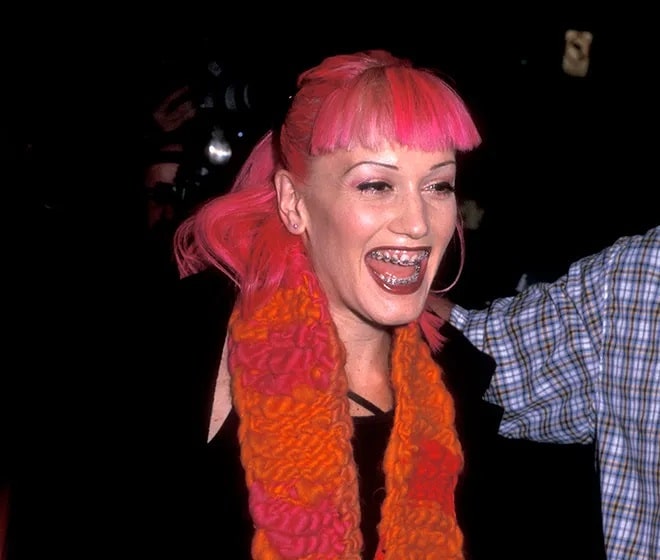 The singer had to wear braces on her teeth in 1999 when she was 30 years old. After that, she installed veneers. Since then, she has never complained about her smile.

Gwen has an asthenic physique. In her youth, she did not hesitate to go without a bra, showing off her small breasts. But at one point, Gwen suddenly had breasts and, she demonstrates it at every opportunity, wearing dresses and suits with a deep neckline.

Did the birth of children help?

Expert opinion: “The singer has an outstanding boob, but it’s definitely not because of hormonal changes after childbirth. It’s all about mammoplasty. The singer did a boob job, this is unequivocal. The neckline has become accentuated.” 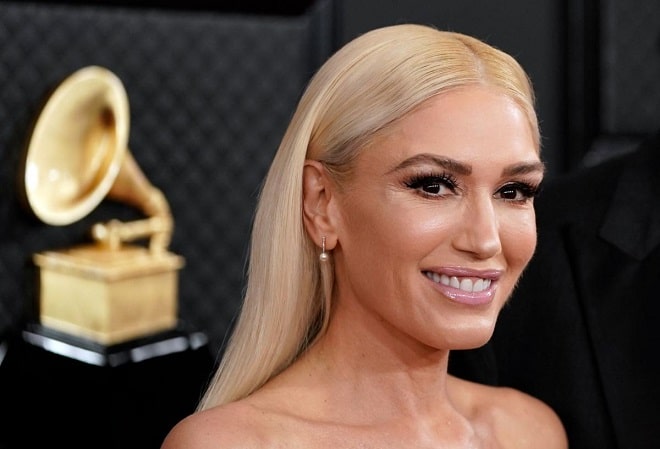 Gwen Stefani is regularly included in the ratings of stars without age. And indeed, the singer is able to combine competent self-care and a sense of proportion in relation to plastic surgery.

The singer owes her toned body to regular workouts: the singer of the hit “Don’t Speak” performs daily strength exercises with dumbbells, alternating them with cardio loads – running, jumping, and squats.

Gwen considers sleep to be the best remedy for skin fading. With her busy schedule, it is not always possible to observe the correct regime. However, as soon as a star has a free day, she spends most of it on getting a good night’s sleep.