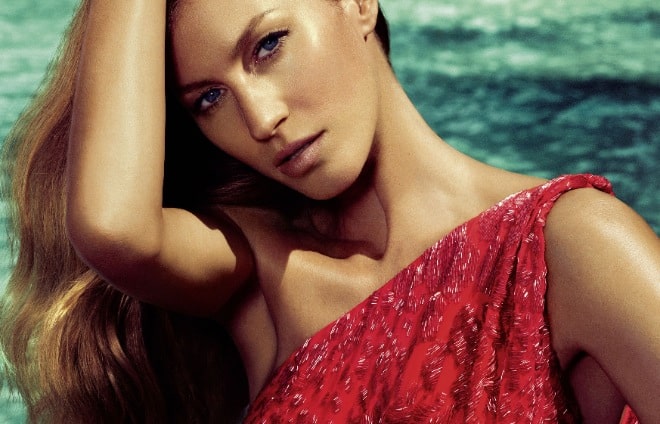 Gisele Bundchen still conquers the catwalks, did photoshoots nude, and consistently keeps on the list of the highest-paid stars in the world. What kind of plastic surgeries did she do?

Giselle has always assured that she came to the modeling business to help her family and have a chance to start her own business in the future. She never had a goal to become a superstar. Nevertheless, Gisele Bundchen used to carefully monitor her beauty, which can be seen from the photos before and after her universal popularity. She has already tried to finish her career several times, but apparently, tempting offers from customers stop her every time.

During the years of her fame, the beauty learned to earn $ 40 million a year, which made her the highest-paid model in the world seven times in a row.

The beauty from Brazil decided to correct her nose at the beginning of her career in the late 90s. 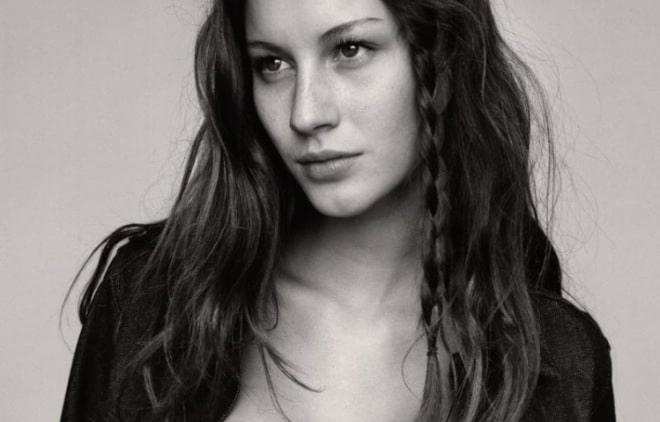 Then her business was going uphill, she graced the cover of Vogue several times, participated in the campaigns of Missoni, Dolce&Gabbana, Versace, Ralph Lauren, Valentino, and confidently walked on the world catwalks.

Gisele Bundchen has already managed to get away from the image of a simple unknown girl who was before fame. The photo shows that she learned to put on makeup, lost weight, which gave effect to her cheekbones and worked on her eyebrows. But the model did it so carefully that these changes are not very noticeable. 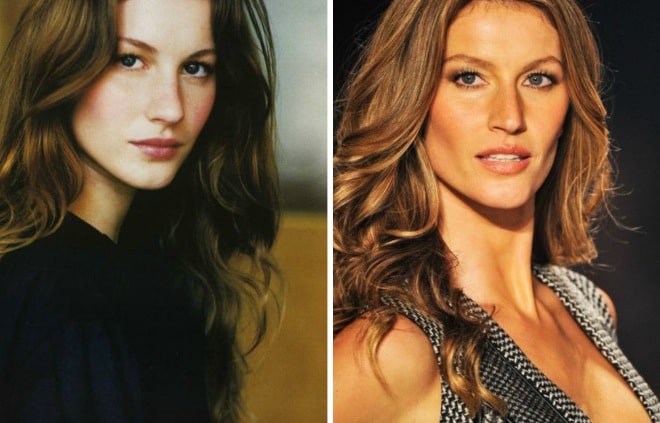 The same can be said about the results before and after Gisele Bundchen’s rhinoplasty. The bridge of the nose has become a little narrower, and the tip is a little thinner. But in fact, there was no cardinal transformation. 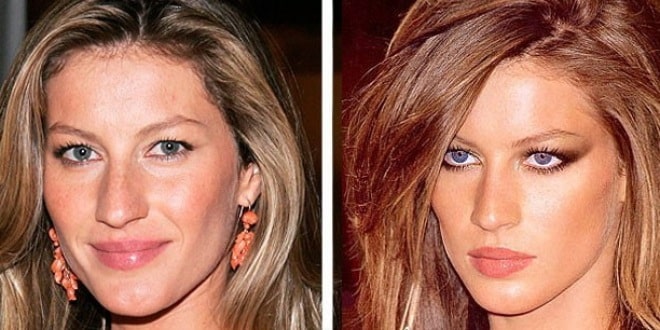 Gisele Bundchen’s plastic surgery gave an impetus to her career. She quickly earned the first million, becoming the face of all existing fashion brands, but the cherry on the cake was her participation in Victoria’s Secret shows.

As one of the angel models, the Latin American woman annually showed her toned body in seductive advertising and at shows.

In 2007, she put on her wings for the last time, deciding that she didn’t earn enough. She asked Victoria’s Secret to pay her $ 5 million a year, and the company quickly found a replacement for her in response.

Being a fan of yoga and meditation, Giselle brought her body back to normal in just a few months after two pregnancies.

Personal trainer Gisele Bundchen says that after giving birth, the Brazilian began to do water aerobics intensively and went on the diet, which also helped her to show a decent result before and after. 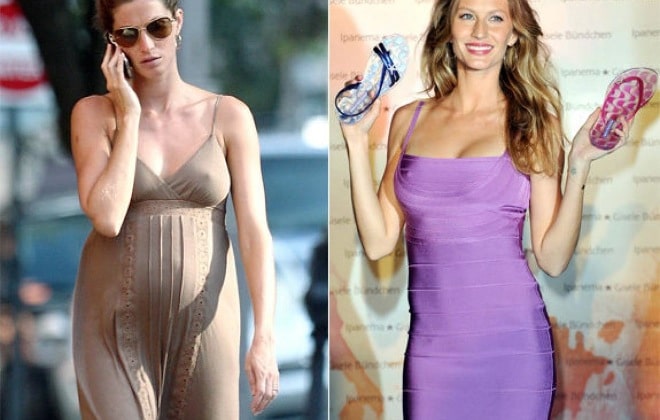 In the summer of 2015, everyone rushed to discuss that Gisele Bundchen did a boob job. The model has never been interested in breast augmentation and assured everyone around her that she was happy with her appearance. But the journalists started talking about her problems with her husband – football player Tom Brady – and decided that in this way the star tried to keep her husband. 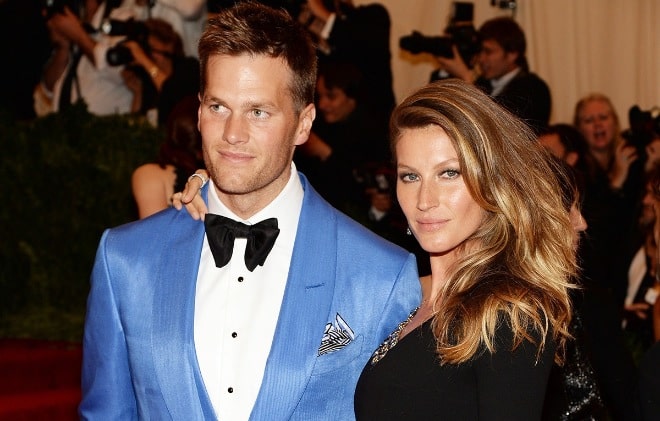 Perhaps the reporters would not have found out about Gisele Bundchen’s boob job, but the model gave herself away. She arrived at a plastic surgery clinic in Paris wrapped in a burqa from head to toe. Wearing this type of clothing on the streets of France has long been prohibited, so the girl managed to attract attention. It was impossible to see the model’s face, but the paparazzi recognized her personal driver, who was responsible for moving the model around the city that day.

After reviewing the photos before and after Gisele Bundchen’s plastic surgery, we can come to the conclusion that she inserted breast implants. 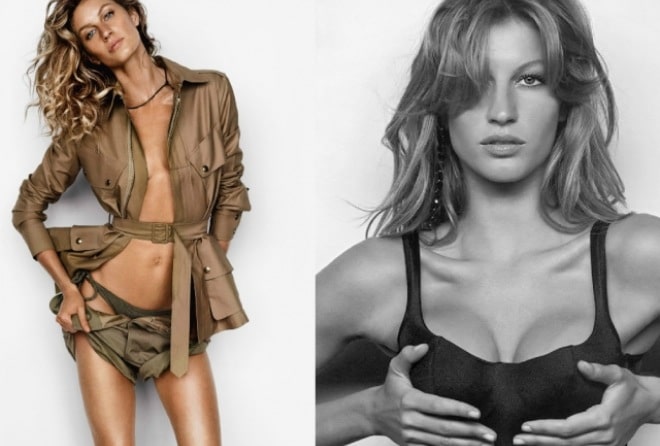 Gisele Bundchen looks equally good both at the dawn of her popularity and now, having long ago overcome the 30-year milestone and becoming a mother twice. Giselle manages to preserve her beauty with the help of blepharoplasty, which is carried out by a very experienced specialist. Unlike the plastic surgeons who disfigured the faces of Renee Zellweger and Kim Basinger, the model’s doctor knows that the main thing with plastic surgery is not to change the cut of the eyes, but to slightly adjust the overhanging eyelid to make them look younger.

The Brazilian woman while not using botox injections, which is very popular in Hollywood, but, as a rule, spoils the star’s appearance. The facial expressions are distorted, and the face gets an unhealthy shine. Although, maybe it’s all about constant training, meditation, and work, which give Giselle a boost of energy for many years to come.