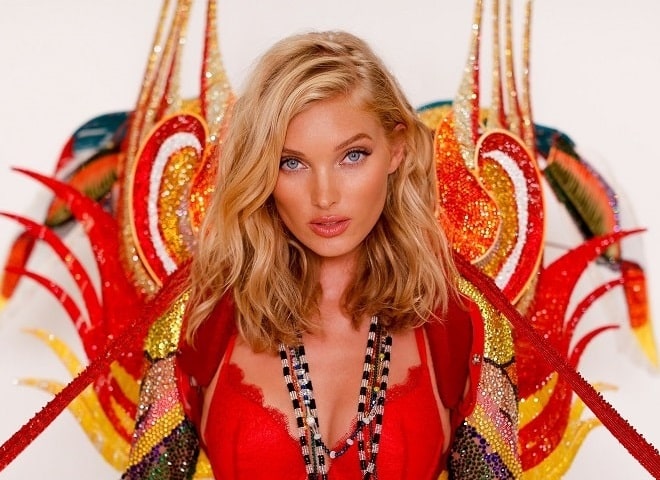 Victoria’s Secret angels look so perfect that not everyone believes in the natural origin of such beauty. Elsa Hosk, who is considered one of the sexiest models in the world, was no exception. Did she use the services of plastic surgeons or is her appearance a gift of Scandinavian nature?

Elsa started acting for fashion brands and clothing catalogs at the age of 14, but she did not plan to make a career in the fashion industry. She was engaged in basketball and wanted to connect her future with the game. However, this sport is poorly developed in the girl’s homeland, so due to the lack of great prospects in basketball, Hosk has completely devoted herself to the fashion industry. 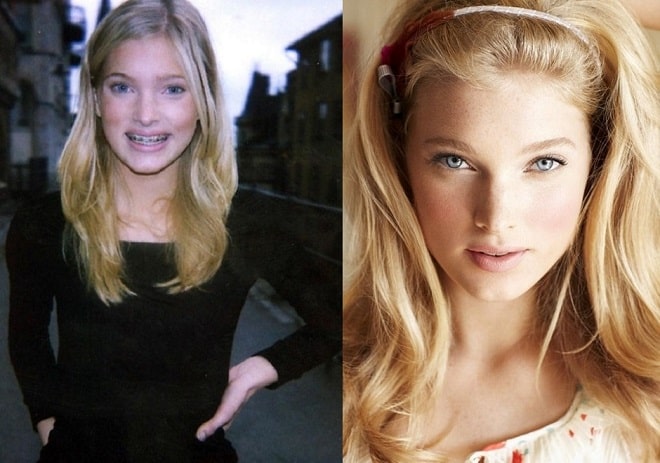 After moving to New York, the Scandinavian blonde began actively sending out portfolios and attending castings. The popularity came after a collaboration with photographer Ellen von Unwerth, who shot Elsa for Guess advertising.

The shots turned out to be so spectacular that the young beauty decorated the covers of a fashionable gloss magazine. 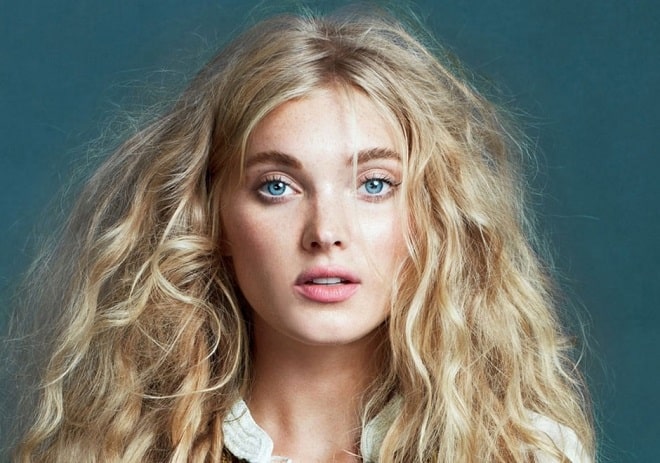 Soon, famous brands H&M, D&G, Levi’s, Dior, and in 2015 Victoria’s Secret drew attention to Elsa. She regularly participates in lingerie shows and is among the top 15 sexiest models in the world. In 2018, at the brand’s show, Elsa showed a Fantasy Bra made of silver and diamonds worth a million dollars. 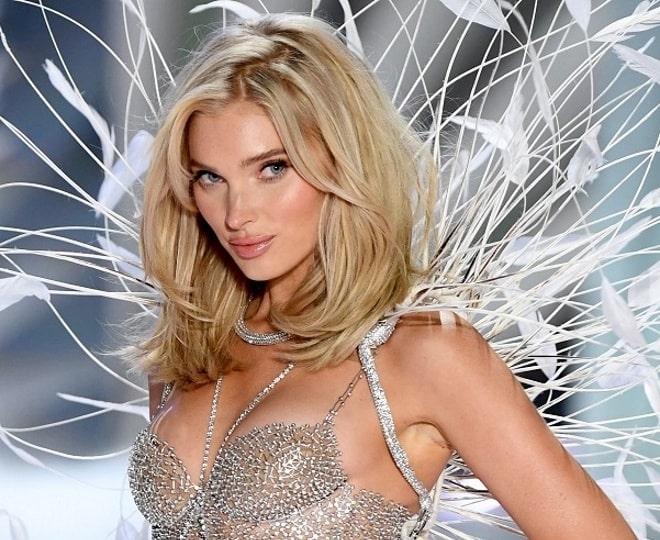 Elsa Hosk before and after plastic surgery

The girl has an almost perfect model figure. 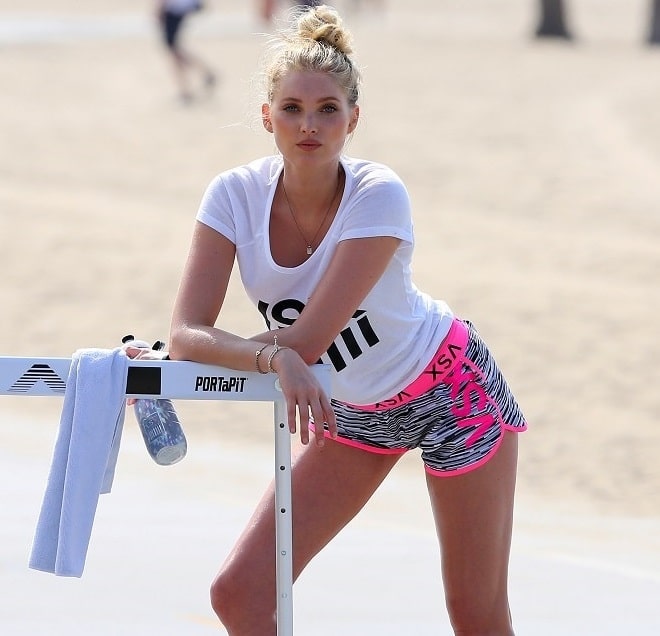 The secret of Elsa’s beautiful skin is in a special cream made on the basis of her own blood plasma. She says that once during the Paris Fashion Week, due to exhaustion, the skin acquired an ugly gray color. Dr. Barbara Starm helped the model cope with the problem: she took blood and the next day sent a miracle cream that instantly returned the radiance to her face. Since then, Hosk has often used the product at night, and in the morning he applies hyaluronic acid to moisturize, a light foundation, concealer, blush, and eyeliner. 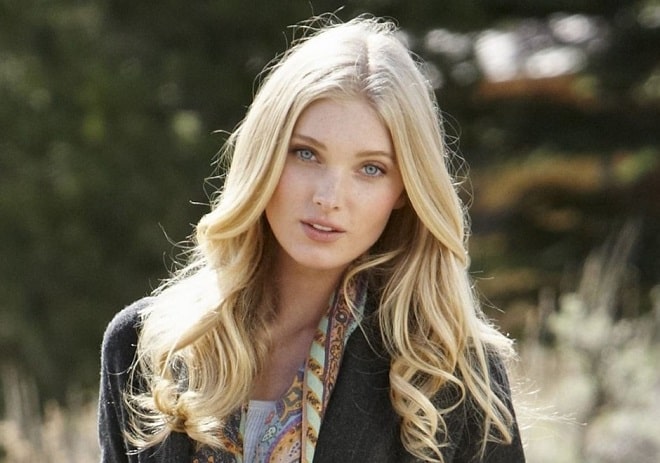 Elsa Hosk looks very unusual without makeup. In the photo of Elsa without makeup, fans do not immediately recognize the famous model and are surprised by the dramatic changes. 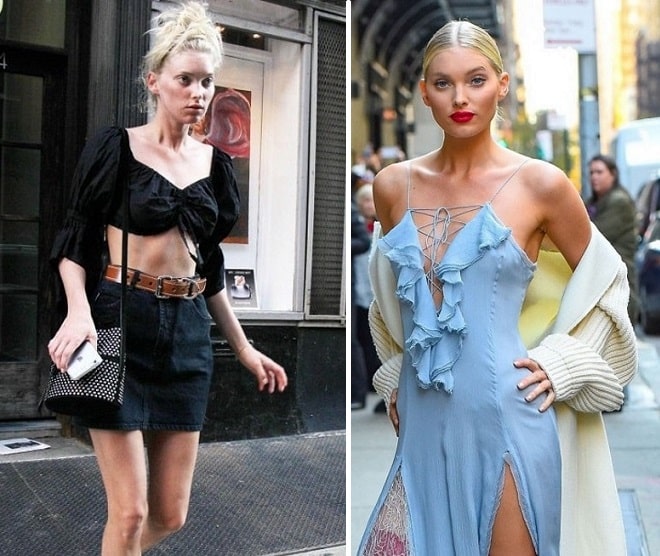 The model is the owner of a classic Scandinavian appearance: large blue eyes, wide light eyebrows, freckles on white skin, and golden curls. The face looks natural, but experts do not exclude that Elsa makes injections of fillers in small doses.

In the early photos, the girl’s upper lip does not look as plump and expressive as it is today. 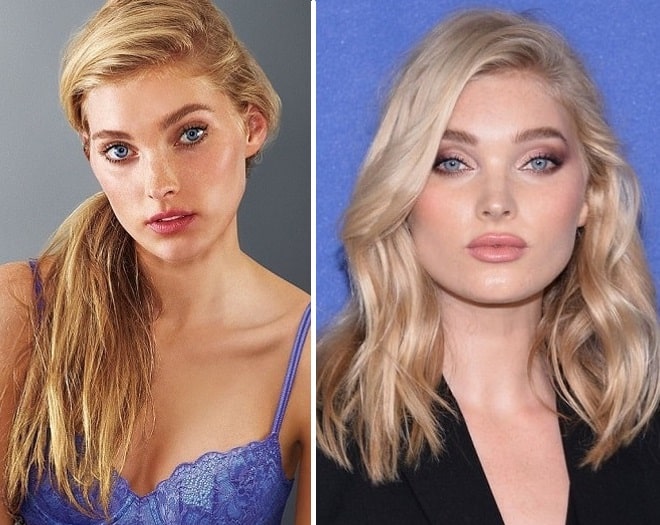 The shape of the face has also changed: the oval has become more defined, and the cheekbones are expressive, high, and embossed. 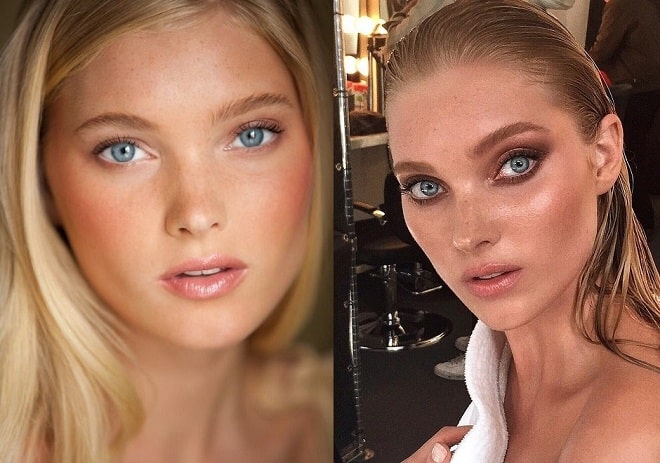 A gorgeous blonde regularly visits a cosmetologist to cope with acne and dehydration of the skin. Hosk loves oxygen masks, from which the skin comes to life and glows from the inside.

Hosk has not done more serious plastic surgery yet. The Victoria’s Secret angel does not have a complex because of a very small breast and is in no hurry to put implants. The catwalk star wears dresses with a cleavage without embarrassment, poses for photographers, and participates in candid filming.

Hosk talks about how important it is not to compare yourself with anyone. She says that in her youth she was shy of her buttocks and covered them with sweaters. Now this behavior seems absurd to her. Elsa Hosk encourages girls all over the world not to change themselves and not to be what they are not.